Mazda MX-30 is the First Electric Car from the Brand

Size-wise, it’s similar to the CX-5 but more of a bridge between that vehicle and its CX-3 little sibling.

TOKYO, JAPAN – While I wouldn’t say Mazda “shocked” the world, per se, with the announcement that they’re bringing a full EV to market next year, it is a little surprising considering they only just released the diesel version of their CX-5. That is a powertrain option they’d been speaking about for quite some time, and while the MX-30’s gestation period was likely longer than that, the fact that the order books are already open is a testament to how serious Mazda is about getting this one right. Indeed they need to be as the company is behind when it comes to alternative powertrains. The SKYACTIV tech is good, but when it comes to efficiency, the need for at least a hybrid powertrain for the brand was evident.

Size-wise, it’s similar to the CX-5 but more of a bridge between that vehicle and its CX-3 little sibling. Either way, since the MX-30 is available only with an FWD platform, for now, they’ve been able to maximize interior room for both occupants and cargo, as no space was needed to fit running gear on the rear axle. In fact, there’s even underfloor storage back there, a quality that can be lost when you need to fit a battery as well as an EV motor (or motors) on and around the rear axle. 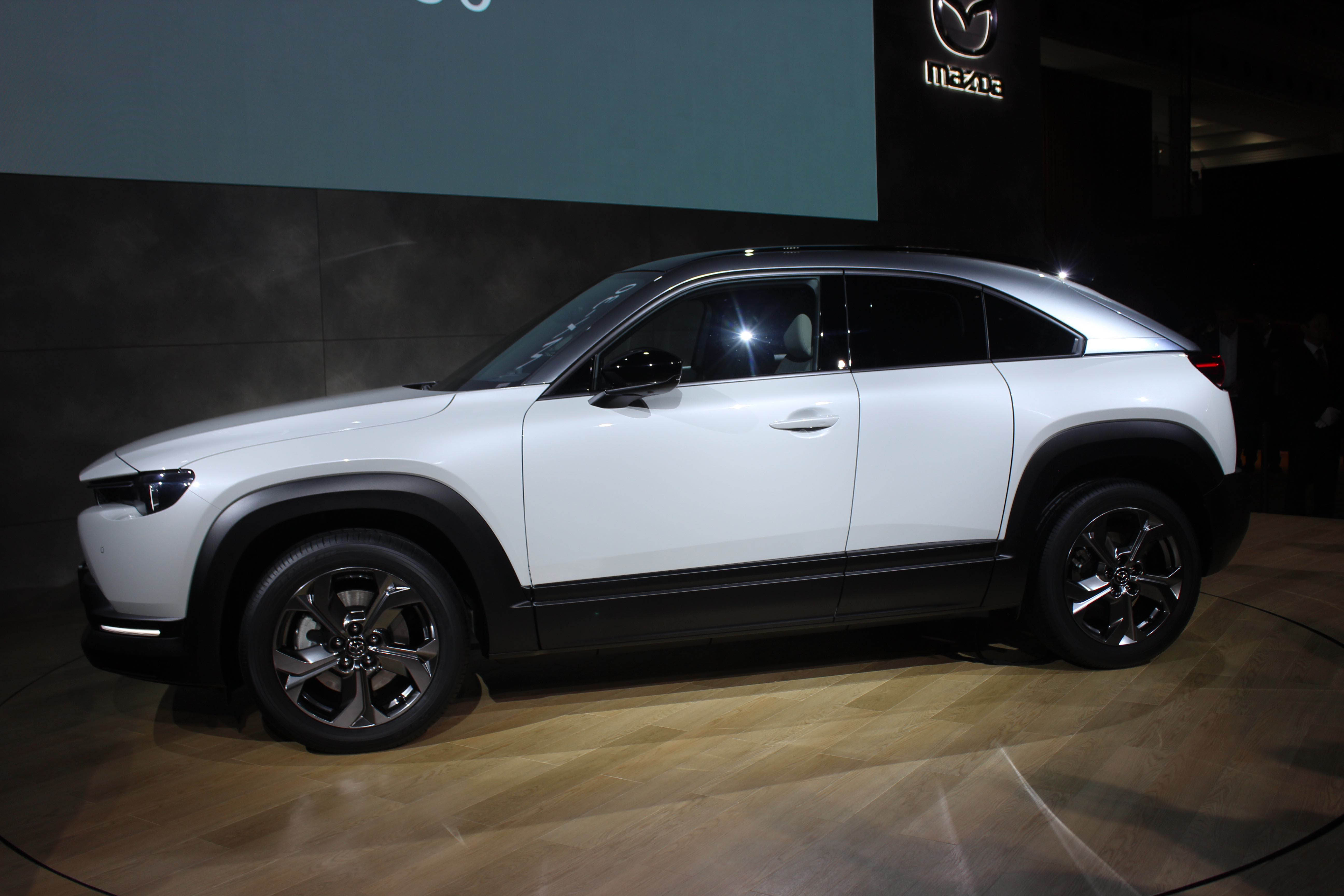 Inside, the goal was to create as relaxing an occupant environment as possible, as Mazda believes that an open, airy cabin is the best way to maintain an open and clear mind. To that end, they’ve shaped all the windows to provide the clearest view possible and included details like a floating front centre console, seats developed to help ensure the proper seating position for maximum outward visibility and the use of sustainable cork for certain interior finishes. While they didn’t so much as say it during the presentation, the vibe really was “zen garden on wheels”.

Of course, EVs tend to have a leg up on their competition when it comes to a comfortable ride, as there is no powertrain noise to worry about. At that point, the goal becomes to reduce wind and road noise as much as possible, as those are two aspects that no amount of powertrain silencing can really negate. Because the MX-30s powertrain cooling system revolves around coolant pipes surrounding the battery, there’s no need for a large front opening to cool an engine. A smaller front opening means less drag, which, in turn, makes for quieter, more efficient progress.

While Mazda is being coy about how much power and range the MX-30 is capable of, they did say at the event that it will pack a 35.5 kWh battery and we can expect around 200 km when the MX-30 starts arriving in dealers next year.

Watch for more powertrain information and pricing closer to that time. 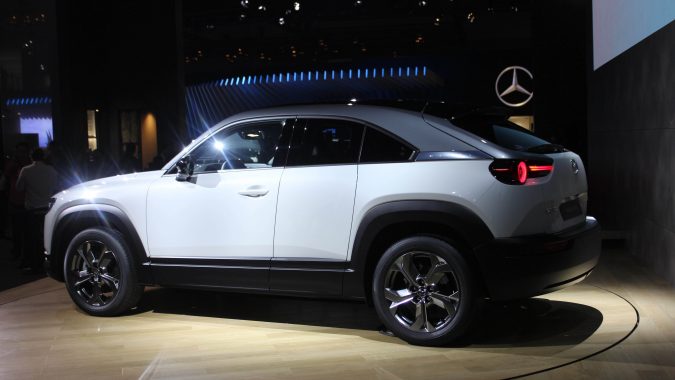 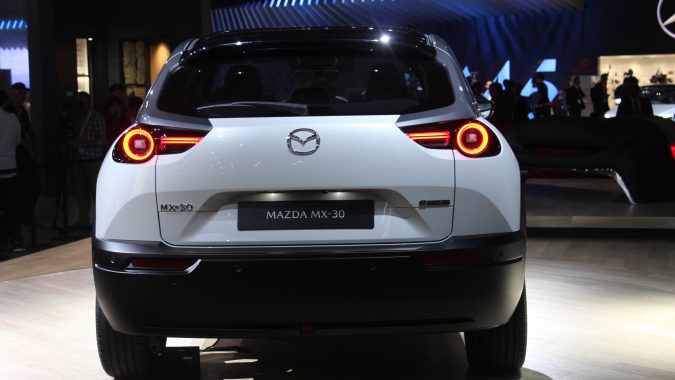 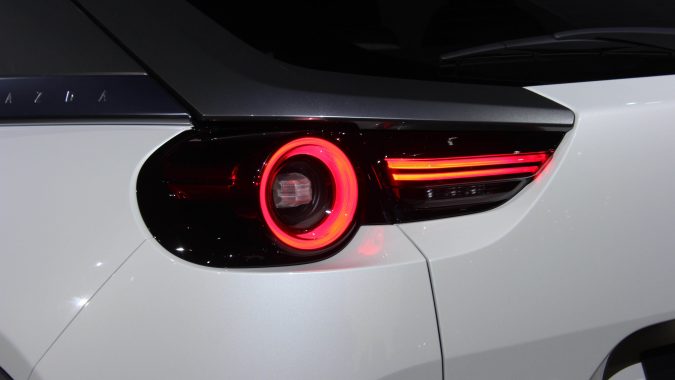 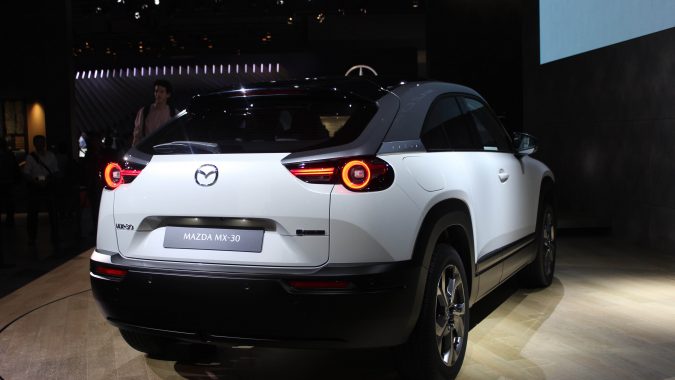 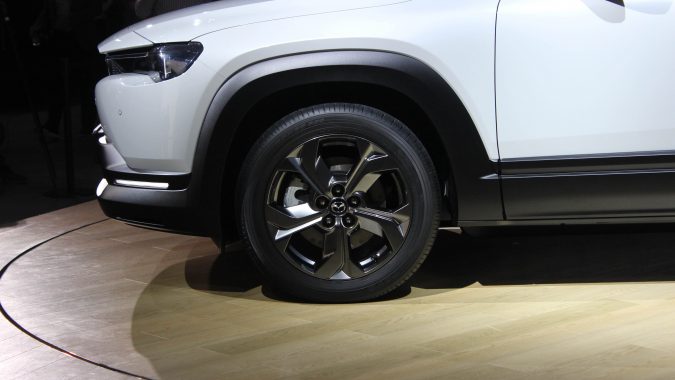