Infiniti is teaming up with Marvel Studios' Avengers: Infinity War for the launch of its all-new luxury midsize crossover, the 2019 QX50.

Infiniti has announced it is teaming up with Marvel Studios’ “Avengers: Infinity War” to celebrate the launch of the all-new luxury midsize crossover, the 2019 QX50.

In name and spirit, the collaboration between Infiniti and Marvel Studios’ “Avengers: Infinity War” is a dual celebration of the culmination of years of building toward an epic moment.

The movie is the product of more than a decade of storytelling, and the Infiniti QX50’s engine is the result of a 20-plus year endeavor to create a powertrain that can seamlessly shift between performance and efficiency – the world’s first production-ready variable compression ratio engine, the VC-Turbo.

Both tasks seemed inconceivable and unobtainable. However, commitment and meticulous preparation have delivered both.

An unprecedented cinematic journey 10 years in the making and spanning the entire Marvel Cinematic Universe, Marvel Studios’ “Avengers: Infinity War” brings to the screen the ultimate, deadliest showdown of all time.

The Avengers and their Super Hero allies must be willing to sacrifice all in an attempt to defeat the powerful Thanos before his blitz of devastation and ruin puts an end to the universe. 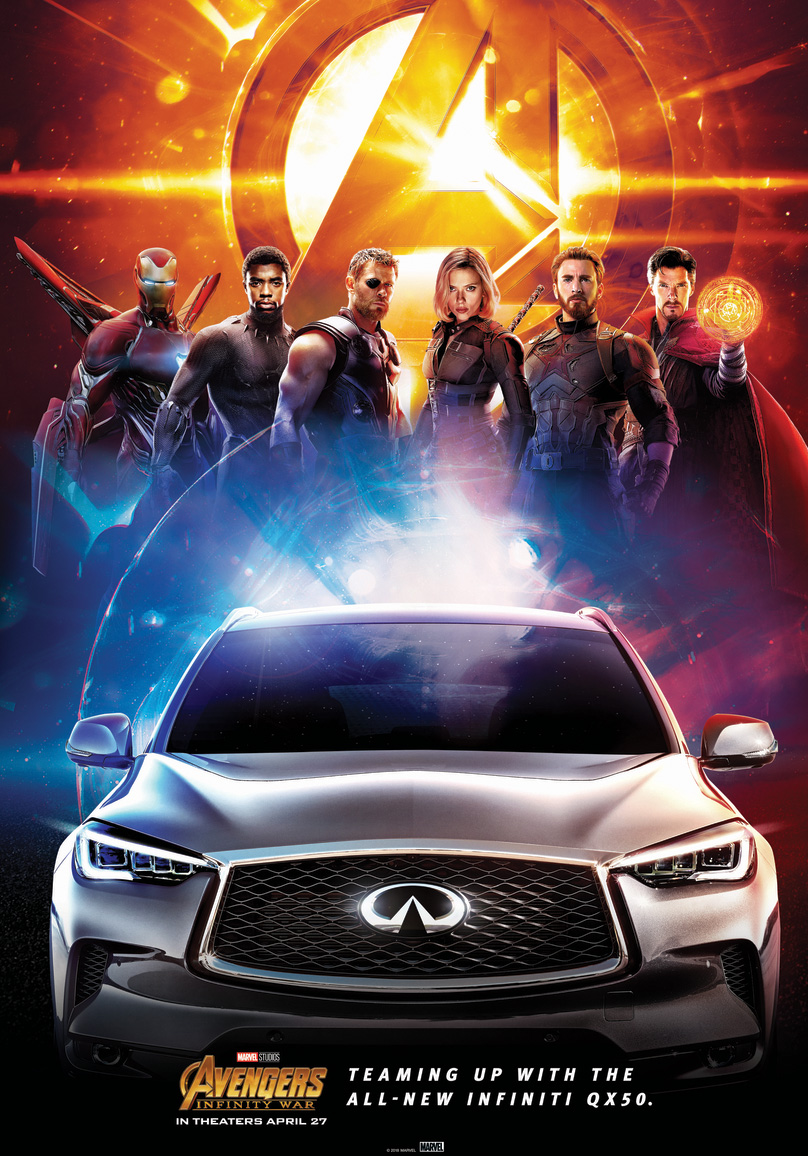