Mercedes-Benz is full speed ahead for SUVs with gas and electric power.

The Mercedes-Benz product plan for SUVs, electrified or otherwise, is aggressive and will remain so for the next couple of years.

On the internal combustion engine side, there’s the GLE that launched recently, and a facelifted GLC is expected to be shown at the Geneva auto show early next month.

But there’s even more on the horizon.

“If you look at our product lineup, it’s really the year of the SUV for us,” says Brian Fulton, President and CEO of Mercedes-Benz Canada. “We’ve got the new GLE, the facelifted GLC, the new GLS, and the brand-new GLB we’re going to be bringing out, a mini-GLS, which is going to be coming out in Q4.

“The SUV is really resonating with Canadians, and we’re definitely tapping into that.”

The third-generation GLS is rumoured to be making its debut in the spring. The GLB will slot into the line-up size-wise between the subcompact GLA and the compact GLC and has been spied with a more squared-off and upright body style, which is said to help it accommodate both five- and seven-seat configurations. 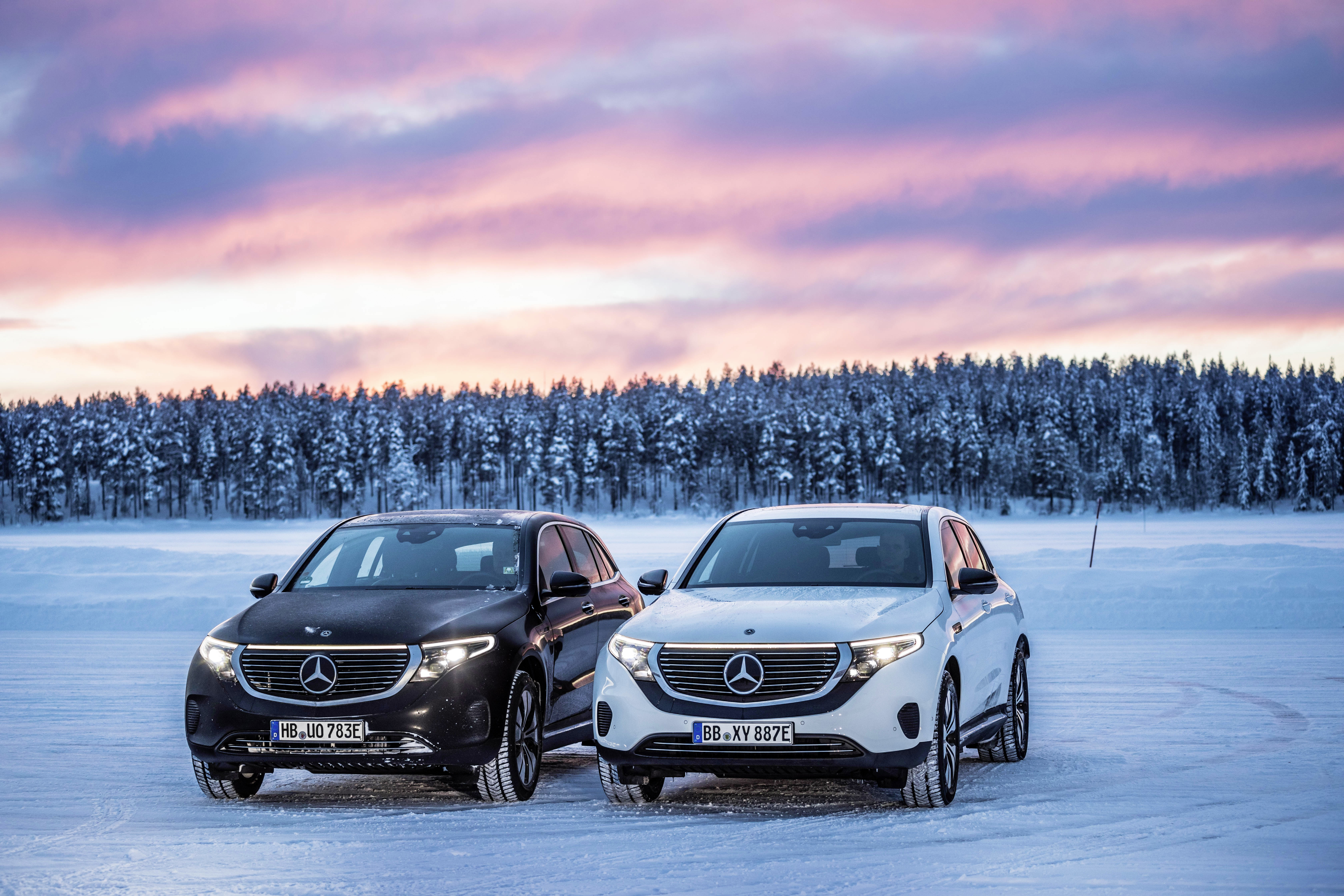 And then there’s the matter of the electrics. Mercedes-Benz plans to release 10 fully electric vehicles by 2022, which when combined with plug-in hybrids will contribute to a range of 15 electrified variants across the line-up, from the tiny Smart cars all the way up to large SUVs.

The first of those to be shown to the world is the EQC, the electrified version of the GLC, which is the centrepiece of the Mercedes-Benz booth at the Canadian International AutoShow. It will remain on display there on the 800 level of the Metro Toronto Convention Centre’s south building the until the show closes this Sunday, February 24.

Fulton says that SUVs will continue to lead the charge on early-release battery electric models, and that this has been planned deliberately to help these vehicles capitalize on the ultra-hot SUV market.

“EQC will be our launch, but then you’ll see smaller SUVs come in, an EQA and EQB,” he says. “Then you’ll see us move into an EQE sedan, then an SUV EQS.

“This is no mistake. For the first time in 2018, it was an SUV, the GLC, that was our number one nameplate, flipping over the C-Class. It’s because of what the consumer is looking for in Canada, which absolutely aligns with the launch of the EQC. 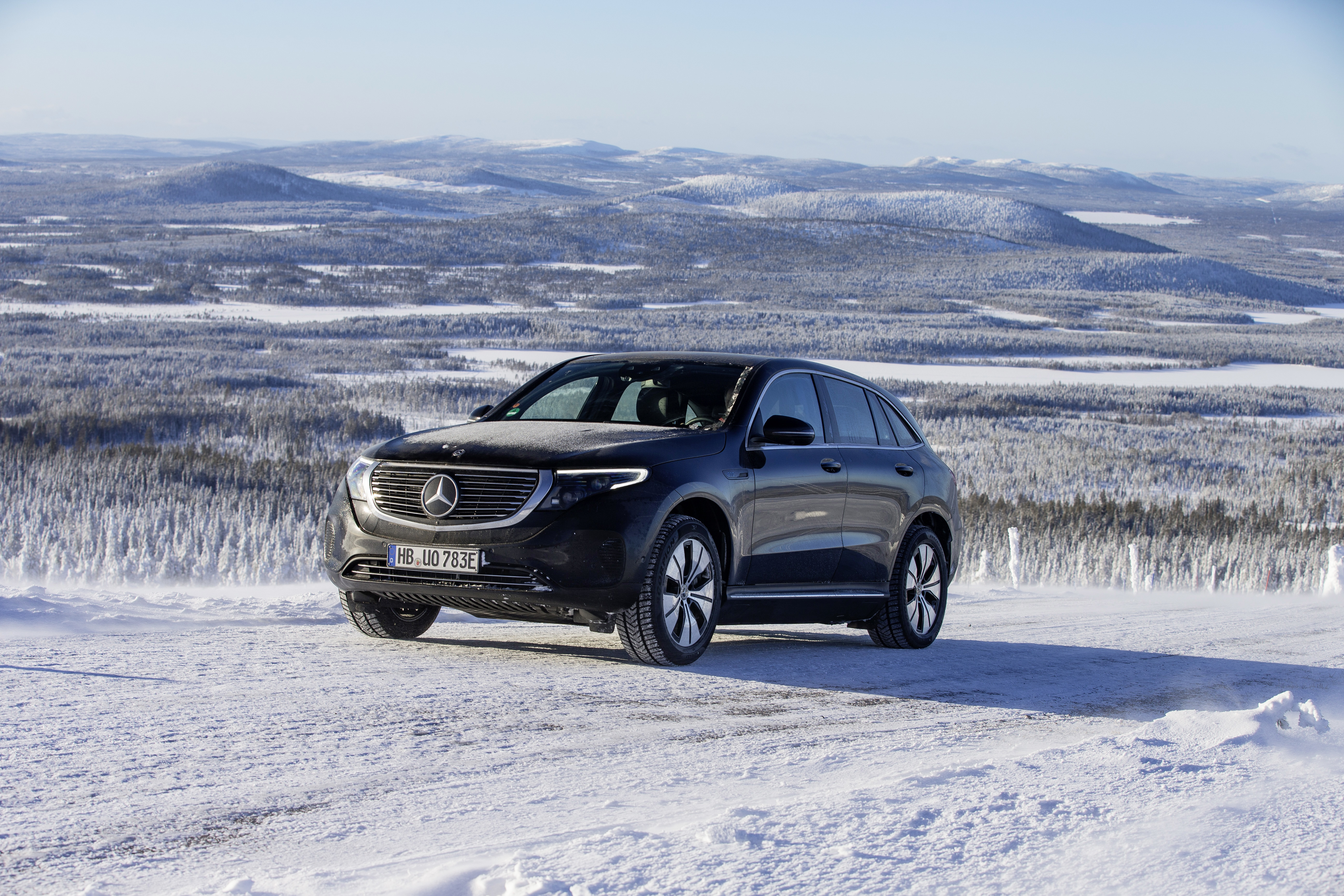 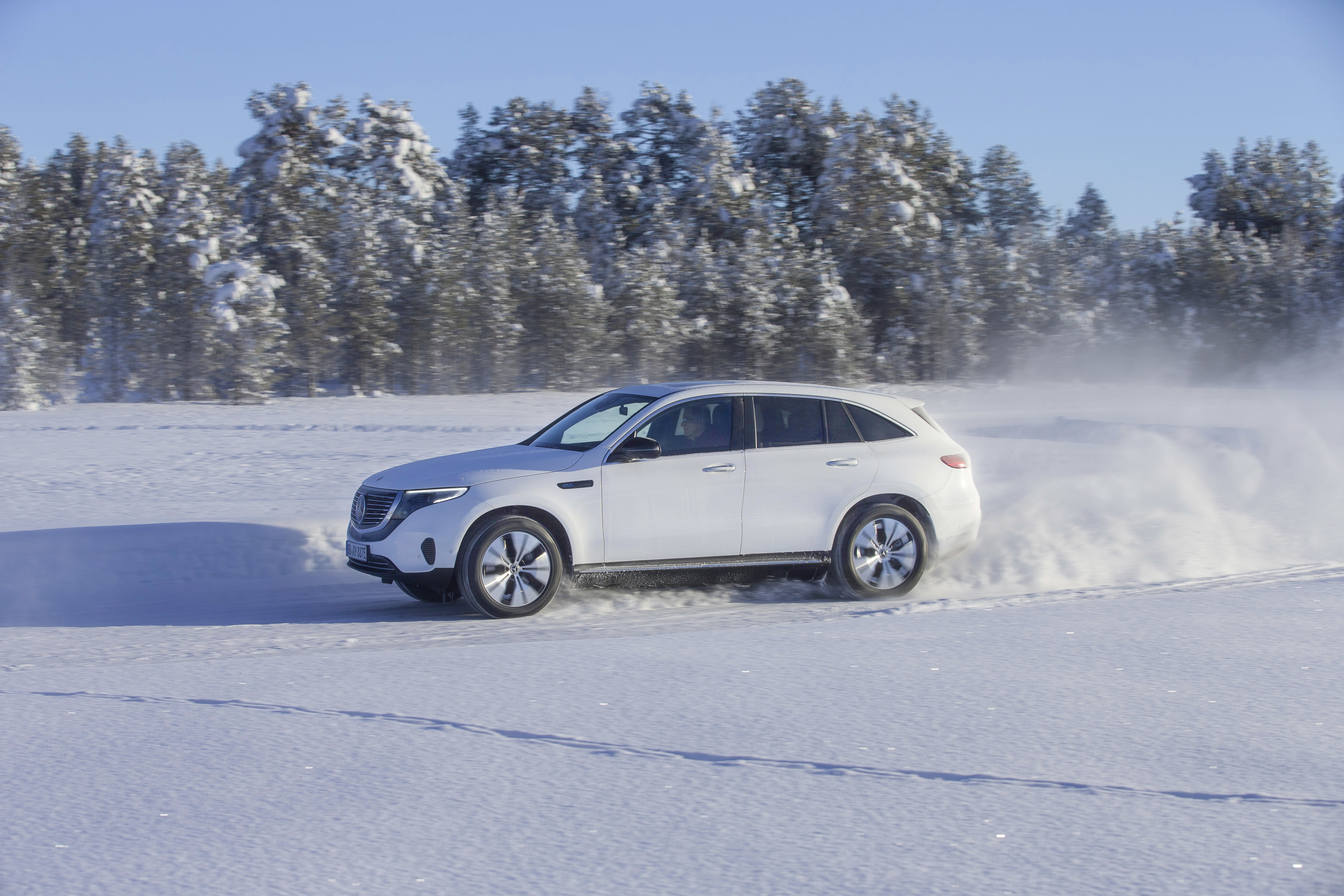 Fulton says that, barring any exceptional circumstances, Canadians should expect the full electrified line-up to be sold in our market.

And, he continues, targets for the sales of those vehicles are lofty. Hitting them may be aided by the fact that premium customers are better able to absorb the higher price of electric powertrains, though Fulton adds that they shouldn’t need to for long.

“By 2025, we’re expecting close to 25 percent – one of every four vehicles that we sell in Canada – is going to be on the electric side, more electric than plug-in hybrid,” he says. “I think there’s still some reluctance in terms of EV sales right now, especially when you take the rebates away.

“We believe that the price differential that you see now with electrics compared to combustion engines, as the technology becomes more prevalent, you’ll see that price gap begin to close.”

Though for the most part it’s a recent development, the EQC is hitting the market amid some stout competition. The Tesla Model X is a veteran in the electric crossover space, but there’s now the Jaguar I-Pace – which won the Automobile Journalists Association of Canada’s 2019 Canadian Utility Vehicle of the Year award, making it the first all-electric vehicle to do so – and the hotly anticipated Audi e-tron.

How does Fulton expect the EQC to stand out among this competition?

“It has to meet the expectations of the consumer,” he says. “I think people have very high expectations when they come into a Mercedes-Benz dealership and take delivery of one of our vehicles.

“If you take the whole package that we provide our consumers today and put that into an electric line-up with some unique features, then that will definitely resonate with Canadians.

“I think having the history of (this) brand providing that kind of electric variant will give people the comfort to know that this is the right vehicle.” 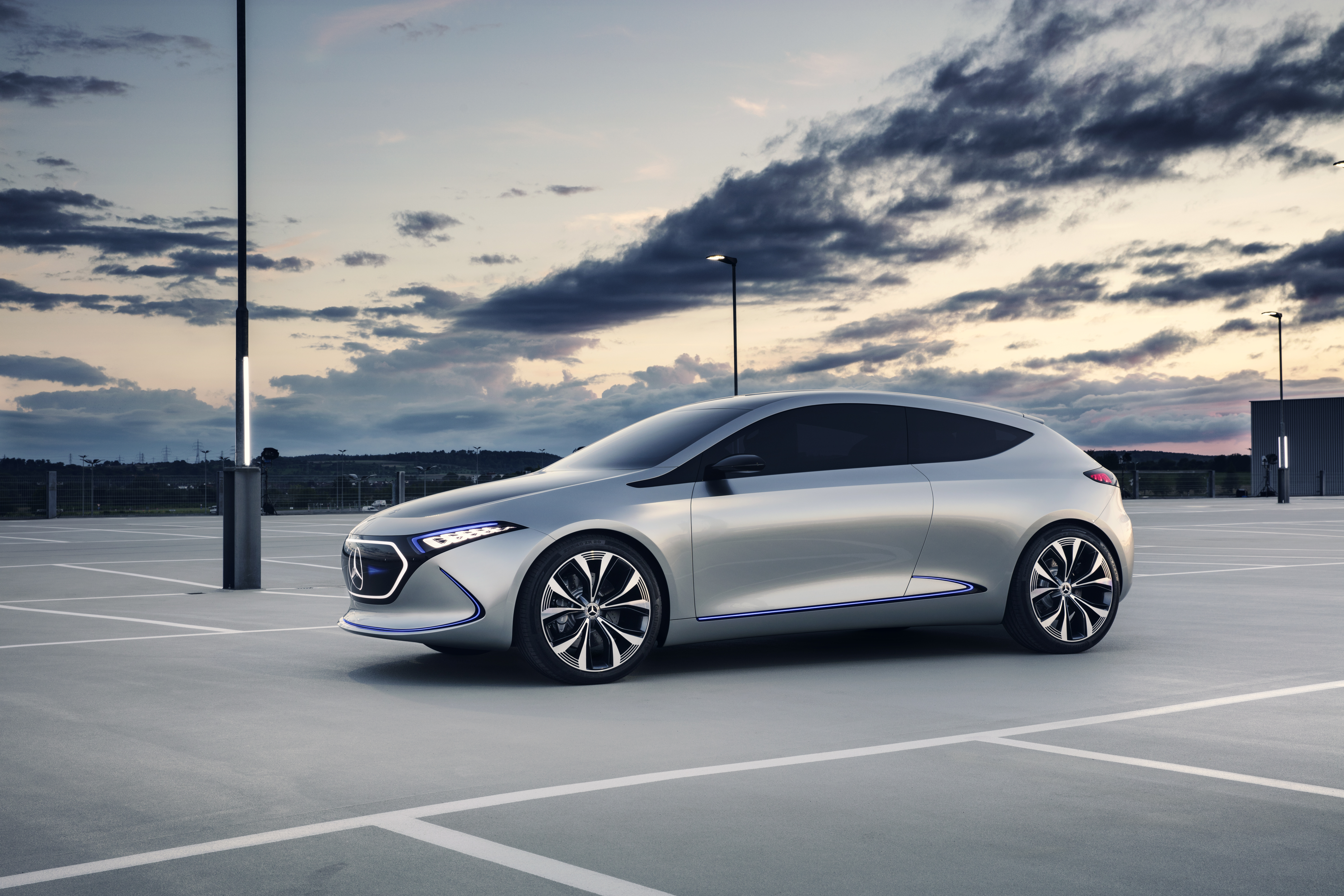 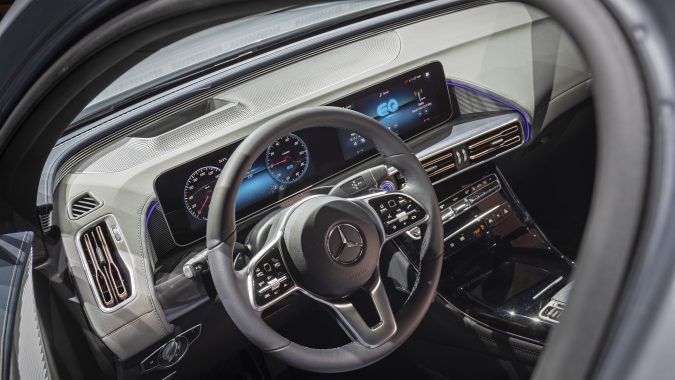 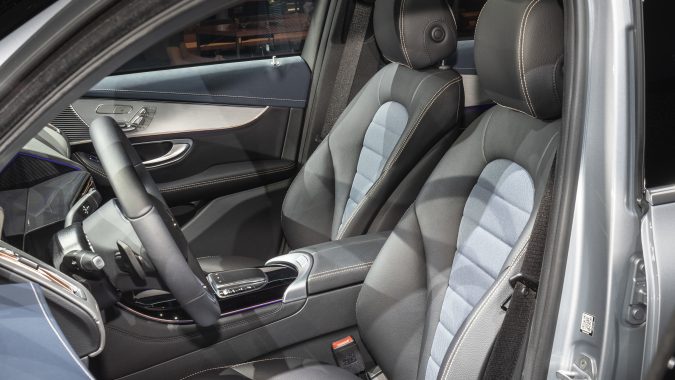