The limited edition 911 R variant with 500 hp naturally aspirated engine and manual transmission will have a Canadian price of $211,000.

Join the Conversation (0)
Celebrating its world debut at the 2016 Geneva International Motor Show, the new 2016 Porsche 911 R follows the tradition set by the first road-homologated race car bearing the name in 1967.

The 991-unit limited production 911 R has a 4.0-litre flat-six engine develops 500 hp and is mated to a six-speed manual transmission only.
It will arrive in Canada in late third quarter of 2016 with pricing starting at $211,000.

Produced as part of a limited production series, the original 911 R (R for Racing) was entered in rallies, in the Targa Florio and in world record runs.


Like its legendary predecessor, the new 911 R features a systematic lightweight construction, a high level of performance and an unfiltered driving experience. It represents the lightest available version of the 911 with a curb weight of just 3021 pounds.

Developed by Porsche’s motorsport department, the 911 R is the third model to use Porsche’s latest generation of high-performance naturally aspirated flat-six engines alongside the track-bred 911 GT3 and 911 GT3 RS models. 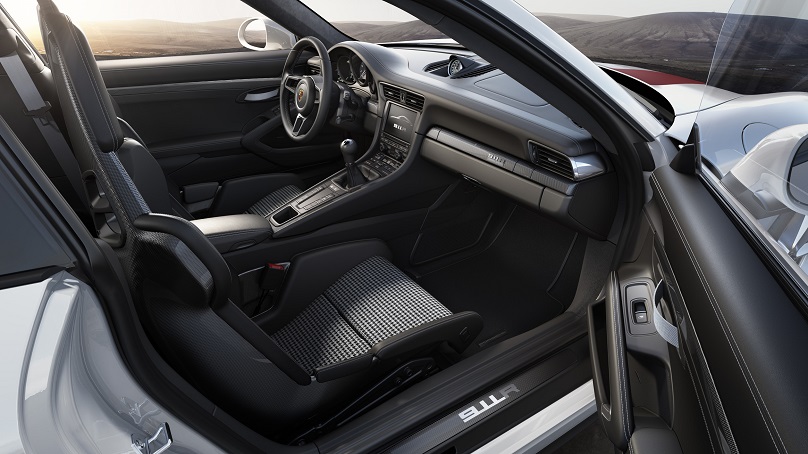 The 911 R was designed with corners in mind. The specially tuned standard rear-axle steering offers direct turn-in response and precise handling while maintaining a high level of stability.

They are mounted on forged, lightweight 20-inch wheels with a matte aluminum finish and center locking hubs. 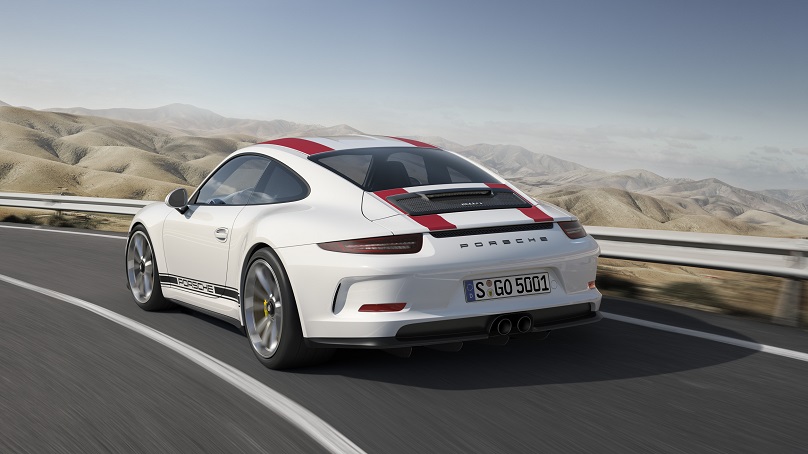