Lotus Cars, an automaker that has for decades prided itself on making the lightest and most simple driver’s cars possible is making a big swing in the other direction. Their next car will be gas-powered, but after that, it’s all electric all the time for the car company from Hethel.

“Simplicate and add more lightness” goes the creed – originally attributed to American engineer William Bushnell Stout – that was adapted by company founder Colin Chapman to describe his company’s philosophy. Even that short motto was shortened and lightened by Chapman, who also said that “adding power makes you faster on the straights; subtracting weight makes you faster everywhere.”

The problem for the company has often been that while the cars are simple and light, they haven’t often been profitable. So now, under the ownership of Chinese auto giant Geely (where they sit in a portfolio alongside Volvo), there is going to be a massive shift.

“One thing we do believe in is the future of battery electric vehicles, and our intention is to offer BEV on our products in future,” CEO Phil Popham told Auto Express, discussing the move to electrification for the brand. 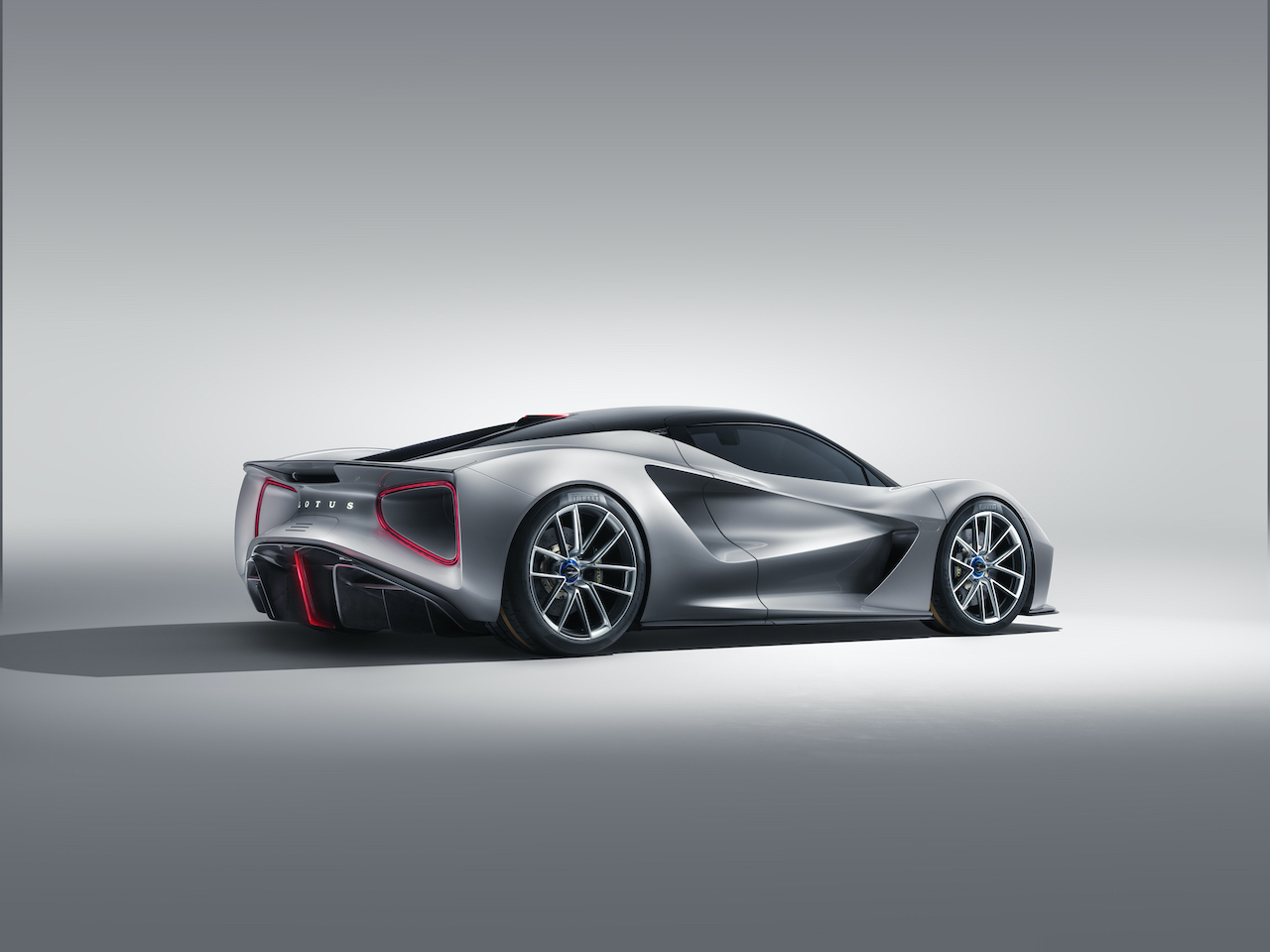 While electric motors, batteries, and associated hardware are far from light, they are moving ever further in that direction. They’re also, as far as adding them to your vehicle goes, relatively simple. Few moving parts and fewer worries about things like emissions standards.

They’re also good for sports cars, too, Popham said, stating that “BEV is really well suited to sports cars ” the torque characteristics, the weight distribution, design and flexibility of dynamics. For me it all leads to BEV as the ultimate technology for sports cars.

Lotus is not a company that would normally have the bankroll for a leading-edge technology setup like this, but Popham said that Geely is making investments in the brand. “The money that is going into product development is something we could never, ever afford to do on our own,” he said, “if we had’t got the ambitious owner that we have.” 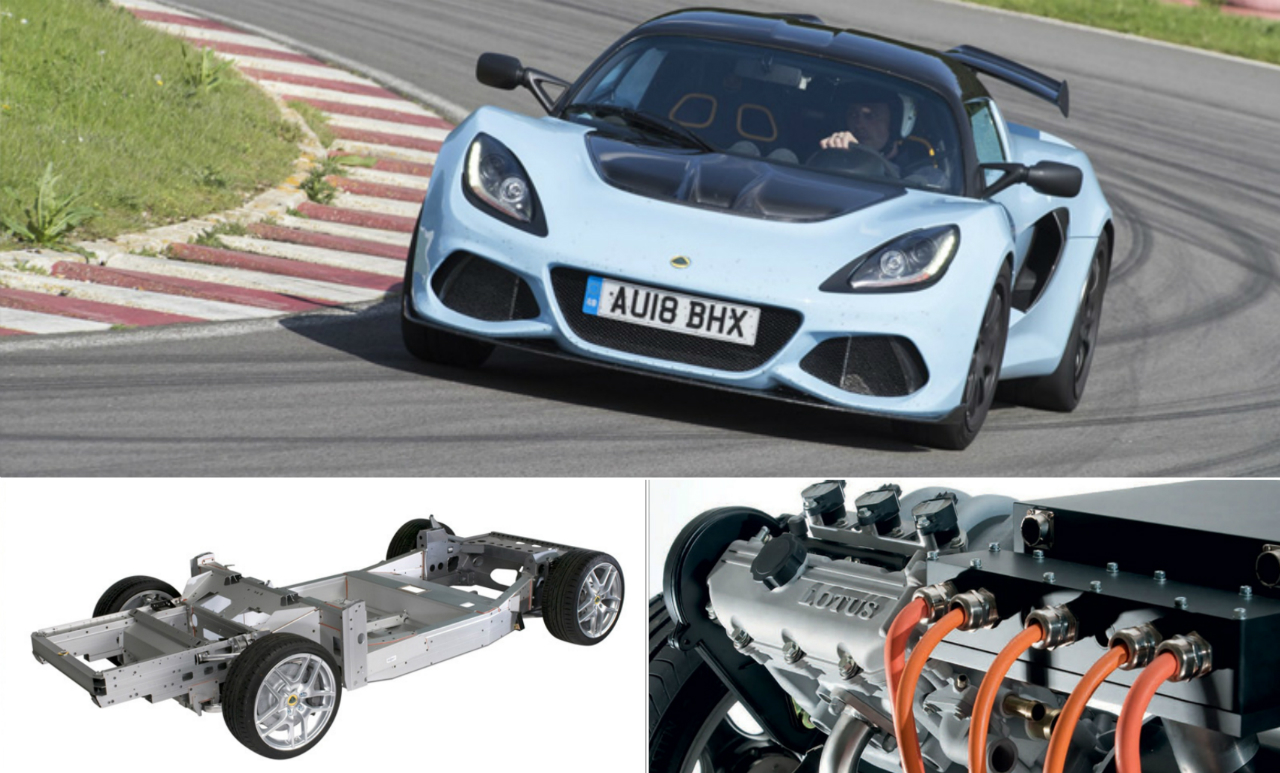 Full electrification is more in the Lotus vein than hybridization, Popham said, “you carry a small engine as well as batteries and electric motors, which goes against the philosophy of sports cars, which have a tight package. You want to minimise weight and maximise performance and spread weight in the right places to get the right dynamics.”

The new gas-powered Lotus is expected to be revealed sometime next year, with the electric expected in late 2022. Expect it to arrive on a new platform that can be used for other Lotus cars, and possibly by other Geely brands. 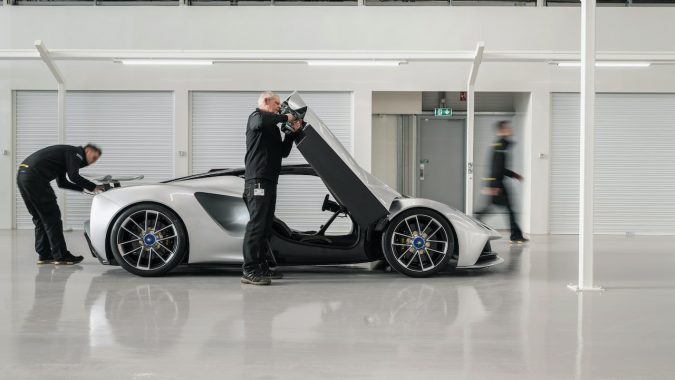 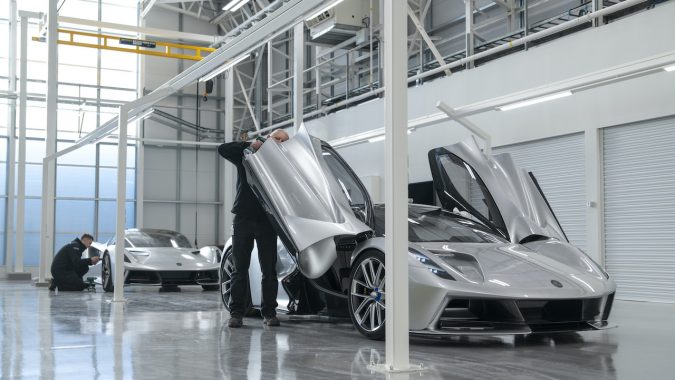