The Lexus brand, including cars like the IS (shown), saw the brand top the latest J.D. Power 2017 Customer Service Index (CSI) Study for luxury brands

Lexus has been ranked highest in customer satisfaction among luxury brands in the U.S.-based J.D. Power 2017 Customer Service Index (CSI) Study, marking the 17th time the brand has claimed the top spot.

Overall, Lexus achieved a CSI score of 874 on a 1,000-point scale, 15 points above the segment average and the highest numerical score in the study, regardless of segment.

The 2017 CSI Study measures customer satisfaction with service at a franchised dealer or independent service facility for maintenance or repair work among owners and lessees of one-to five-year-old vehicles. 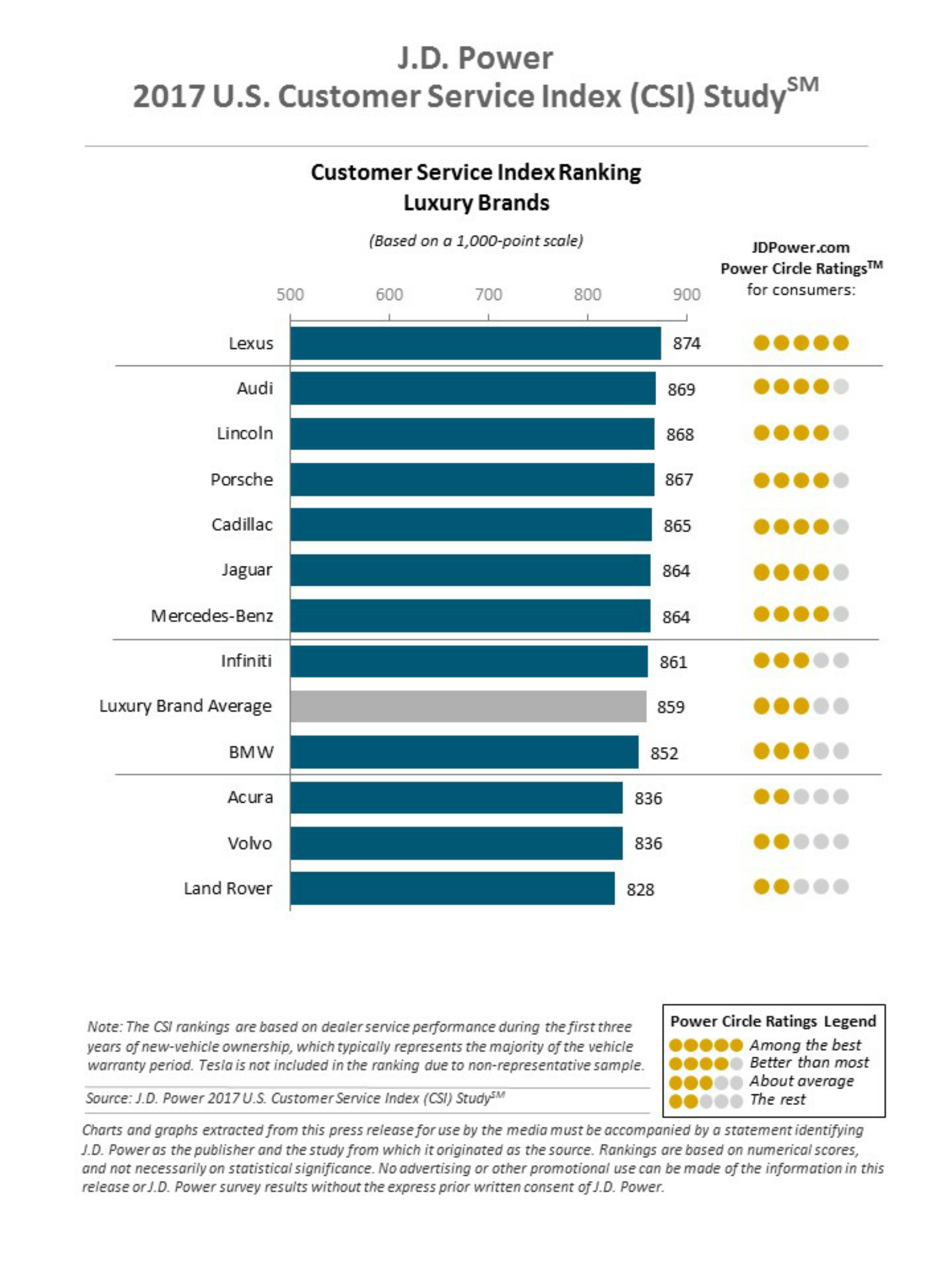