This was all in aid of demonstrating the capabilities of Lexus AWD systems and Toyota’s premier division certainly has a lot of all-wheel-drive alternatives to choose from.

Story and photos by Rob Beintema

Okay, okay, I was going.

The engine was roaring, the wheels spinning, tossing chunks of snow skywards.

My entry speed had been a little hot, so the front wheels were plowing ahead instead of steering the car.

But my coach and I were on the same page, basically following the ol’ deep snow-driving rule that simply states, “whatever the hell you do, don’t stop”.

So, with the traction control turned off and the gas pedal pegged to the floor, I eased the steering angle a touch and, well, just sort of waited for the all-wheel-drive system and winter tires to eventually sort the whole mess out.

The Lexus RX 350 roared, bounced and bounded across the ruts and drifts and somehow kept its momentum with the engine straining, the chassis shuddering until we finally veered away from the boundary of high snow banks to pull successfully through the corner. 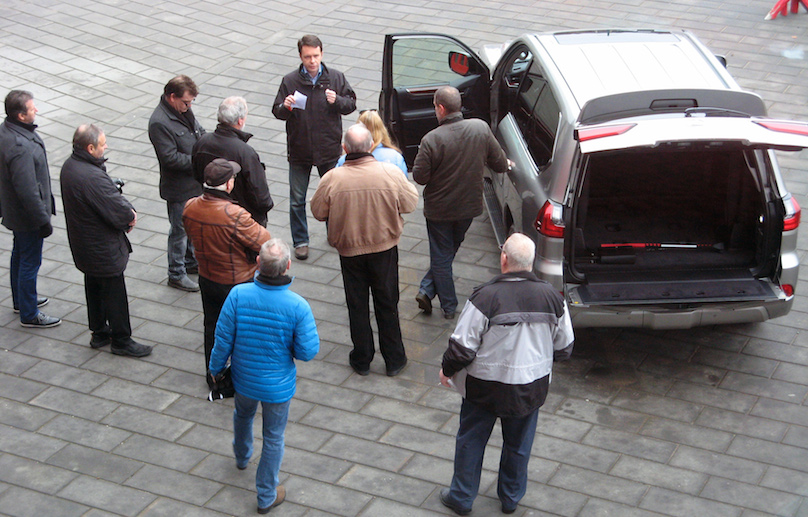 I had been the first vehicle through and after that performance the setup crew reassessed the course, shut down the little whoop-de-doo hills I had barely gotten over, smoothed the deeper ruts and diverted the following vehicles through somewhat less challenging patches of snow.

We had come in search of a Quebec winter but had to look hard to find it, even in December, climbing out of the still green countryside for the snows of Le Massif de Charlevoix, a ski area about an hour east of Quebec City.

This was all in aid of demonstrating the capabilities of Lexus all-wheel-drive systems, and Toyota’s premier division certainly has a lot of AWD alternatives to choose from.

Out of the grand total of ten cars, six hybrids and four different SUV/CUV models in the Lexus lineup, only two model lines – the ES and CT200h – come without AWD availability.

Granted, few of these all-wheel-drive systems were designed for any kind of serious off-road rock crawling. Rather, the Lexus AWD technologies help enhance overall performance with an intelligent system that can shift from 100 percent FWD to a 50/50 power split (front/back), while hybrid systems incorporate a separate, third electric motor for the rear wheels and, as was so ably demonstrated in whatever snow we could find in Quebec, the AWD serves primarily to offer a confidence-inspiring assist to all-road, all-weather driving security.

Those all-wheel-drive systems complement a Lexus lineup that, for the most part, has been thoroughly refreshed for the 2016 model year.

We were also there to explore some of the latest Lexus 2016 models and the 2016 Lexus RX 350 that I had just taken through the snow patch was one of the first production versions on the road.

The all-new RX lineup, not only the best-selling Lexus vehicles in Canada but also a lineup built in Canada, features a new, bolder and sharper design inside and out, a more powerful engine, new eight-speed transmission and a long list of improvements to content and technologies. 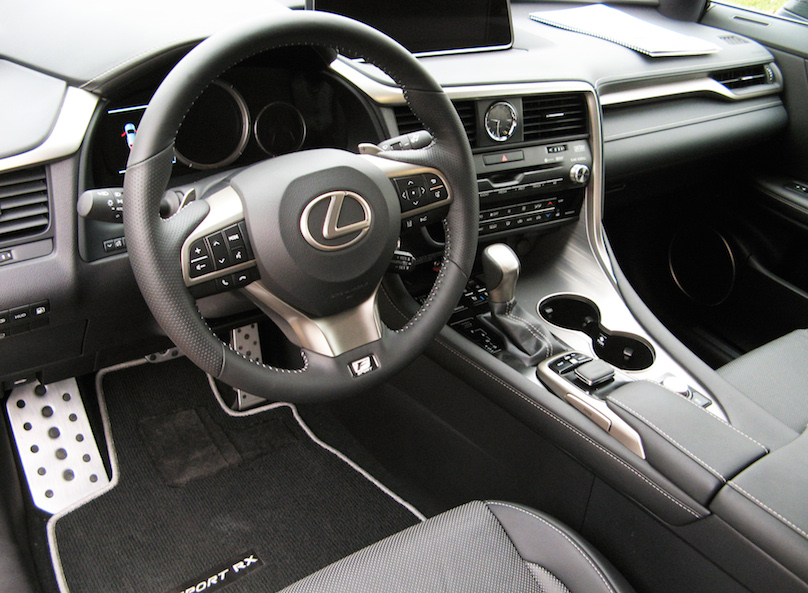 Lexus also took advantage of our gathering to introduce the new 2016 LX, the flagship SUV of the lineup, re-energized with a “major minor” makeover.

Every body panel except for the doors has been changed and Lexus’ latest design language makes for a bolder styling statement, from a new, more emphatic one-piece spindle grille up front down to the new shark fin antenna in back.

We also spent some time in the IS 300 AWD, a new model that replaces the IS 250. With a 3.5-litre V6 matched to a six-speed automatic Super ECT sequential mode shifter, this model outdoes its predecessor with 255 hp and 236 lb/ft of torque.

Lexus also introduced a new entry-level IS 200t to the lineup, no slouch itself with a 2.0-litre turbo mated to an eight-speed automatic, making 241 hp and 258 lb/ft. And all IS models now come with 60/40 rear seats and standard rear seat airbags along with a few other content and optional changes.

We could go on and on delving into the rest of the Lexus stable but, briefly, let’s mention at least some of the changes for 2016 which include: 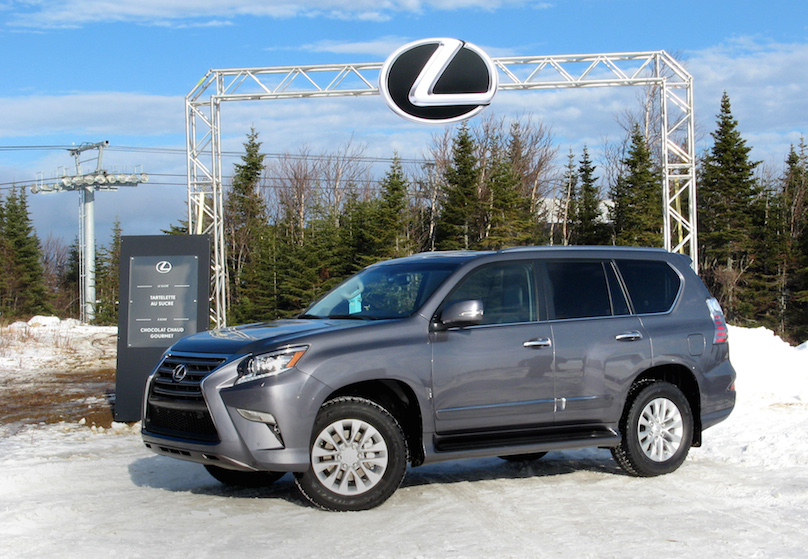 With all those choices, in vehicles ranging from cars to crossovers, and with AWD options and also, naturally enough, with the wide selection of hybrid versions available from the company that first revolutionized the industry with the Prius, Lexus offers a fresh slate of vehicles to compete in almost any class, reloaded with new capabilities, content and conveniences for the 2016 model year.

And some of them go pretty good in the snow too.