A minor collision with a city bus in California marks the first time Google’s self-driving car appears to have been at fault in an accident.

It’s the first time the internet search and software developer has admitted one of its autonomous hybrid test vehicles bares “some responsibility” for a collision during the project’s six years history.

The Feb. 14 accident occurred when a self-driving Lexus RX450h made a lane change to get around a pile of sandbags in a curb land and veered into the side of a Santa Clara Valley Transportation Authority (VTA) bus in Mountain View, California, where Google’s headquarters is located.

The tech giant has since filed a report with state regulators and updated the vehicle’s software to avoid similar accidents in the future.

“We clearly bear some responsibility,” Google announced in a statement this week, “Because if our car hadn’t moved, there wouldn’t have been a collision.”

“That said, our test driver believed the bus was going to slow or stop to allow us to merge into the traffic, and that there would be sufficient space to do that.”

The statement claims the Google car was traveling less than 2 miles per hour and the bus was going about 15 mph at the time.

No one was injured in the accident after the stopped car and its test driver estimated it had time to turn right into the adjacent centre lane after waiting for several vehicles to pass.

Google’s statement said the car and driver had assumed the approaching bus driver would have slowed down to allow the car move into the lane.

The Google car’s left front fender, front wheel and a sensor were damaged when it hit the side of the bus.

After reviewing the incident in repeated simulations of similar traffic scenarios and making software adjustments Google feels its self-driving cars have learned from this mistake.

“From now on, our cars will more deeply understand that buses (and other large vehicles) are less likely to yield to us than other types of vehicles, and we hope to handle situations like this more gracefully in the future,” Google said in its statement.

There was no police report filed following the accident and therefore no official determination of fault has been made.

Last fall Google announced its test AVs have been involved but not at fault in 17 minor non-injury collisions over the course of the project that has logged more than two million miles of combined autonomous and manual driving. 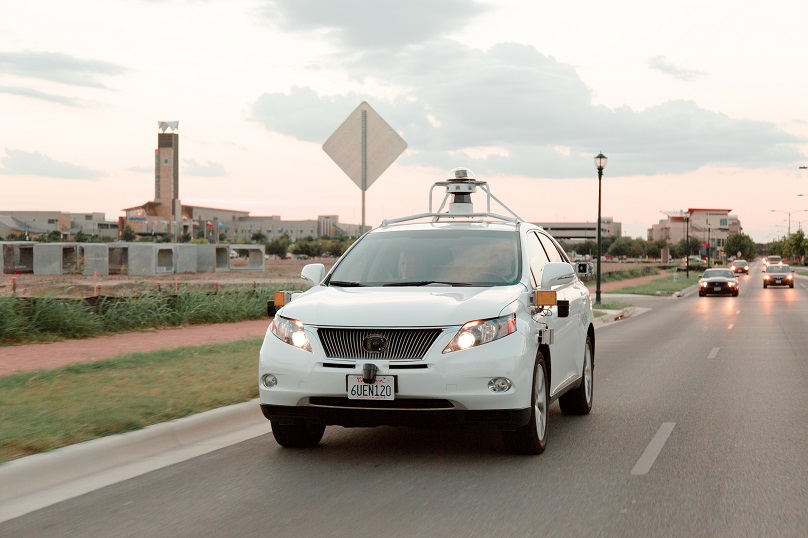