It's a near perfect example of a very rare car (only about 30 were made).

The first modern Bugatti wasn’t the Veyron. No, the first car built with that name since the 1960s wasn’t the W16-powered, 400 kmh hypercar. It was something almost equally absurd, though. The EB 110 GT. It was a 553 hp monster. But that didn’t stop Bugatti from building an even quicker version. The  600+ hp EB 110 SS. This is the last SS that the company built. Which means it might be the last official EB 110 ever made.

The car was revealed on what would have been Ettore Bugatti’s 110th birthday. September 15, 1991. Hence the 110 in the car’s name. It sported a 3.5L V12 that boasted four turbochargers and 553 hp. It looked every bit as exotic as any supercar to come out of the 1990s. With that engine, it could go, too.

But just six months later, Bugatti revealed a new model that put the 110 GT to shame. The EB 110 Super Sport.

Step one was to tune up the engine. 610 hp in place of the weaker GT engine. Thanks to larger fuel injectors, a new exhaust with fewer catalytic converters, and revised engine software. The cars already had a carbon chassis, but the company also added carbon fibre body panels, nearly unheard of at the time outside of Formula 1. Then they fitted magnesium wheels, as well as pedals and cam covers made from the lightweight metal. That let them trim the curb weight by 150 kg. The EB 110 SS could hit 355 km/h and reach 100 km/h from a stop in just 3.2 seconds. That’s with some help from a six-speed manual and all-wheel drive. 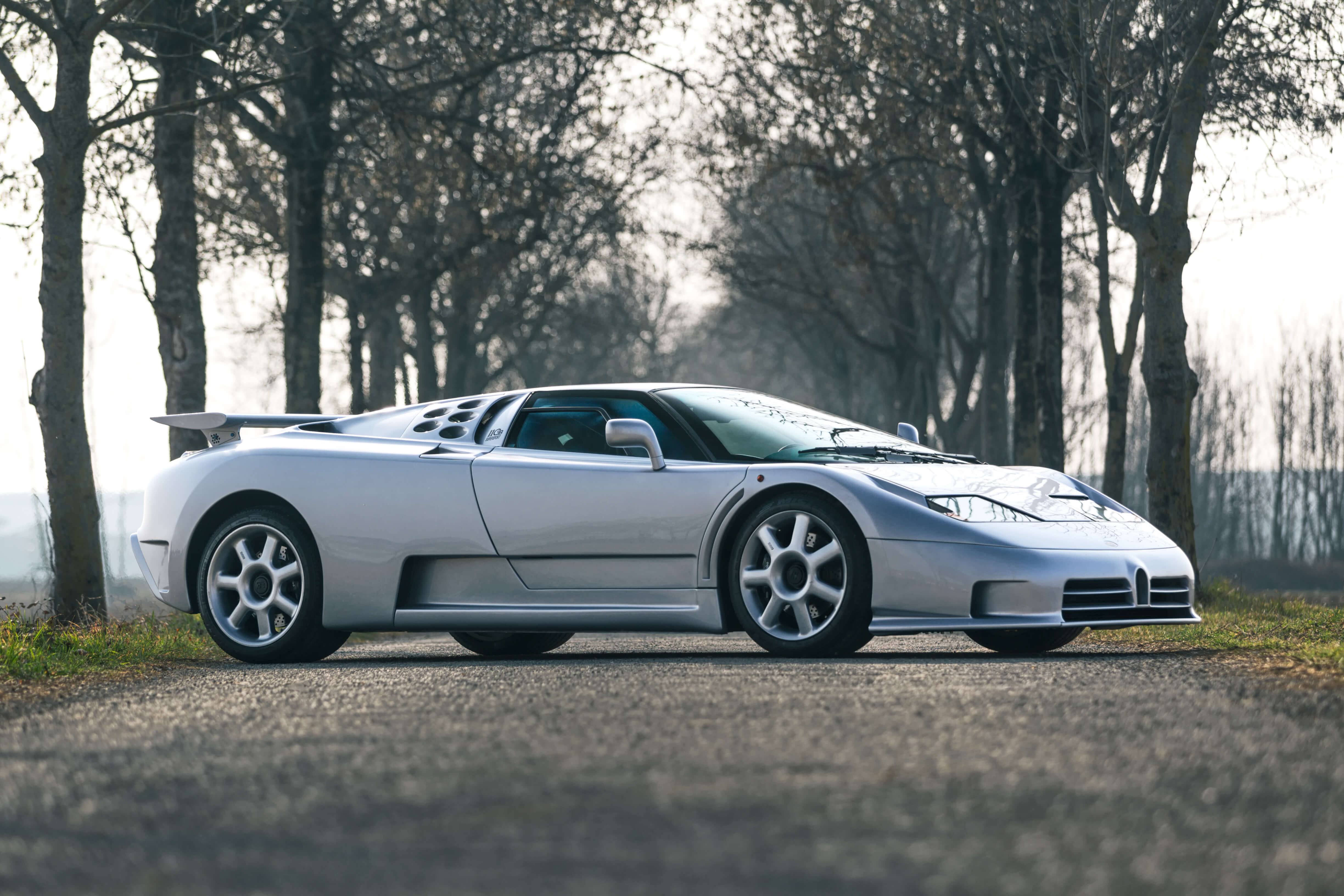 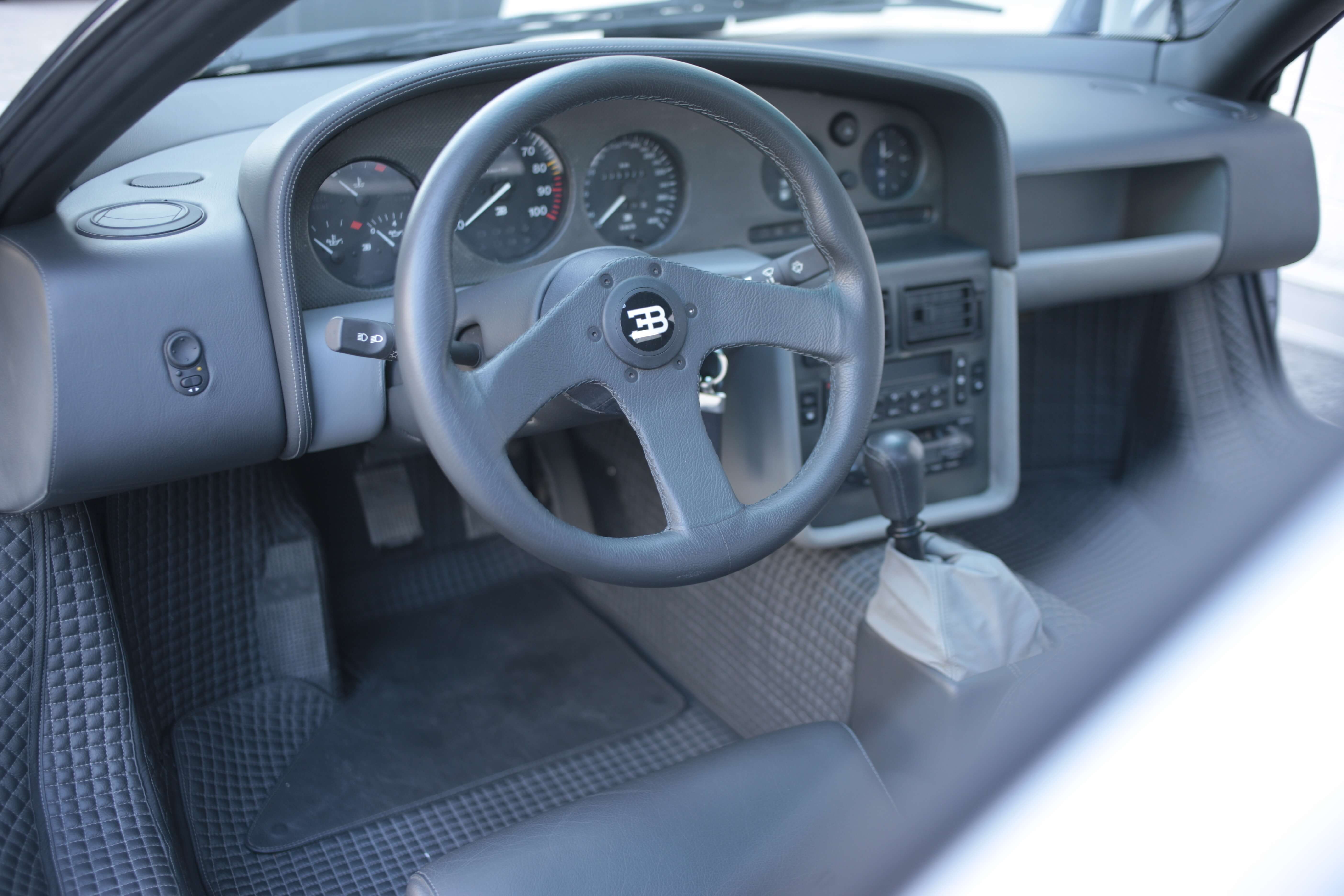 If you’re wondering about the car’s performance credentials, Michael Schumacher bought one in 1994. He kept it in his collection until 2003.

This car is chassis 39040. The seller says that it’s the final EB 110 SS built from the factory. Ordered in February of 1995 and completed that September. It’s finished in a sublime Grigio Chiaro Met finish, which isn’t the blue you might first think of with the EB 110, or the yellow of Mr Schumacher’s, but still sets off this car’s lines well.

It’s been featured in magazines and is reported to have extremely low mileage. It’s a near perfect example of a very rare car (only about 30 were made). It could be one of the most desirable Bugattis anywhere. 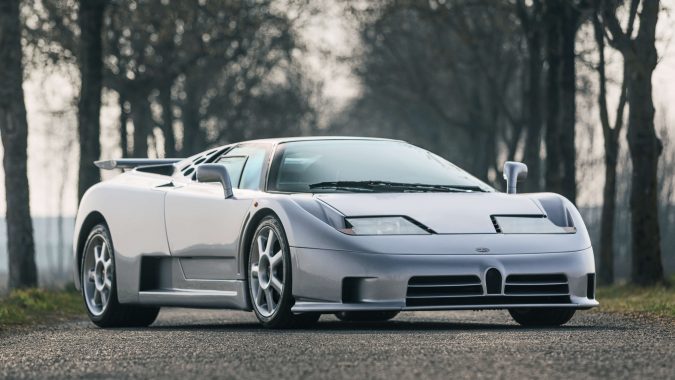 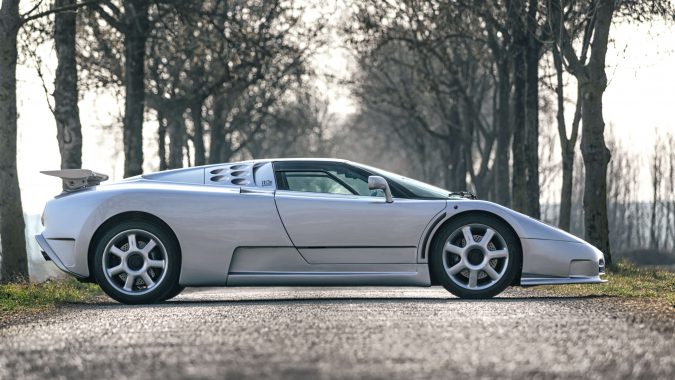 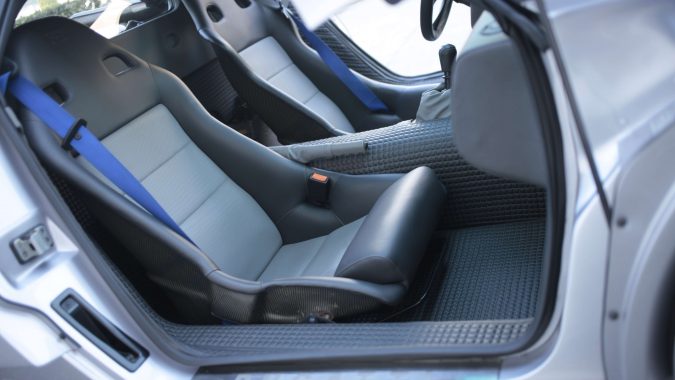 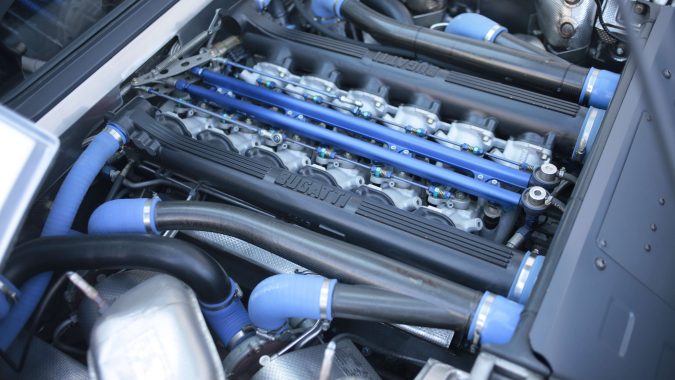 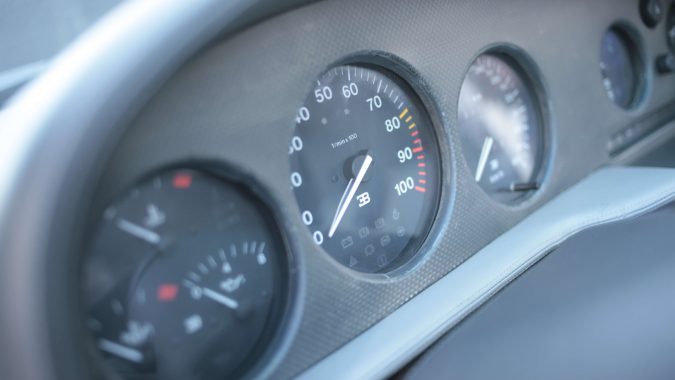 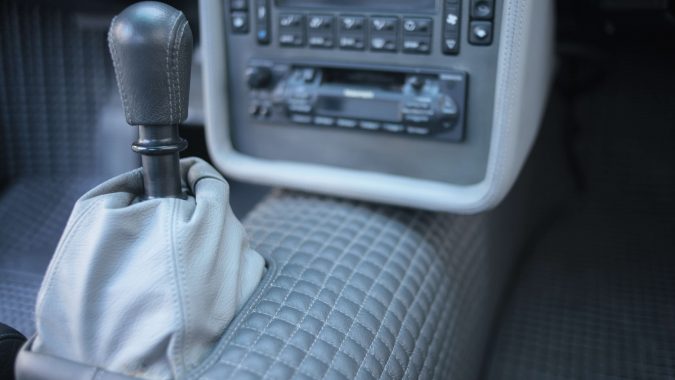 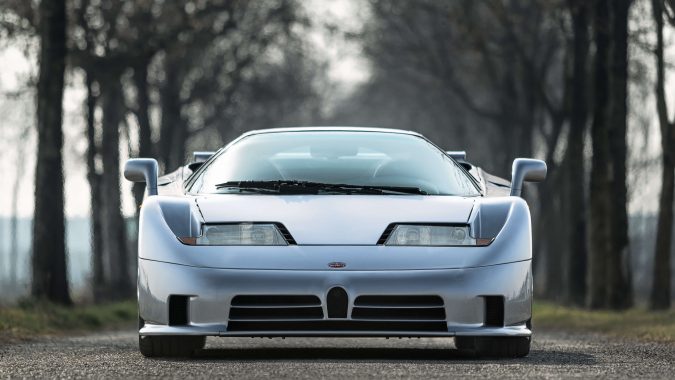 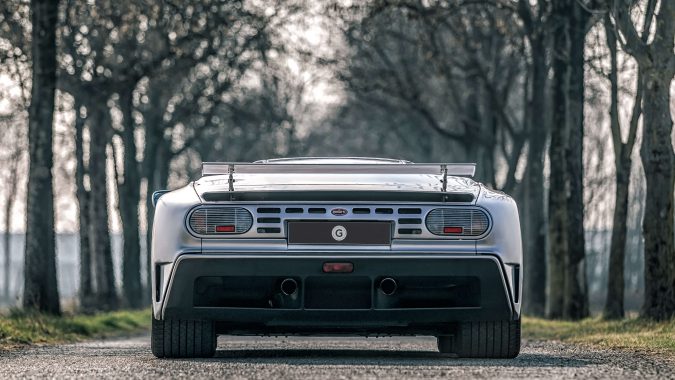 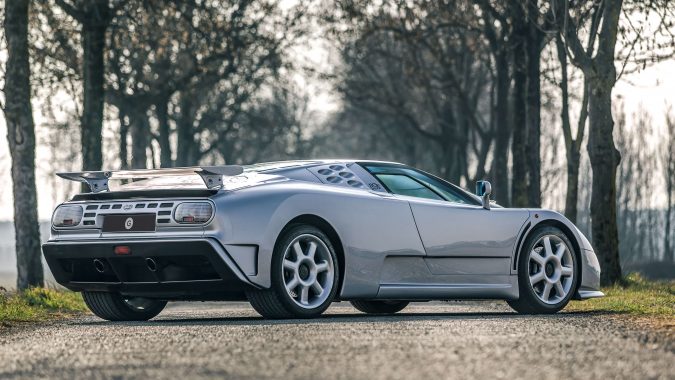 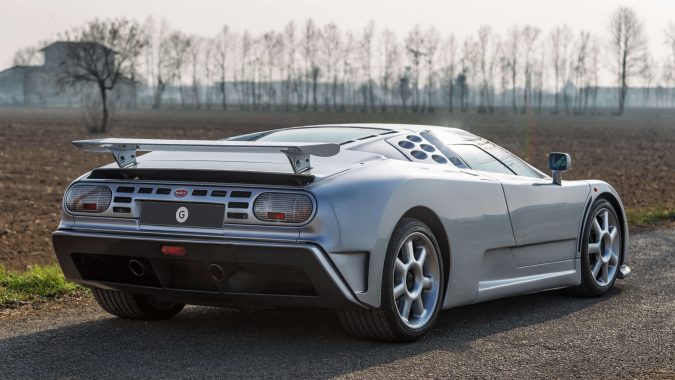