LONDON, ON: Renowned Canadian classic car collector, Steve Plunket, has announced he will be taking the landmark 1956 Buick Century X to one of the most prestigious car shows in the world, more than 60 years since it was last seen in public.

With some 225 changes, it was the personal car of famed General Motors designer, Bill Mitchell, who presided over many of GM’s flamboyant “dream cars” from 1958 to 1977.

Mitchell, who joined GM in 1938 at the age of just 23, was handpicked by Harley Earl, vice-president of overall GM design, to succeed him when Earl retired in 1958.

Under Earl, and during the remainder of his career, Mitchell was a gregarious character often appearing dressed head-to-toe (including Fedora hat) in the same colour of each of his newest show cars.

Every vehicle he drove had a signature Seminole Red painted chassis and wheel wells.

During 1956, Mitchell’s was the GM Director of Design and the Buick Century X was his daily driver and many of the 225 extras he had installed on the car would later become industry standards, such as power front bucket seats. Believe it or not, it was the first time a rearview mirror was glued to the window, something we see today on every vehicle made. 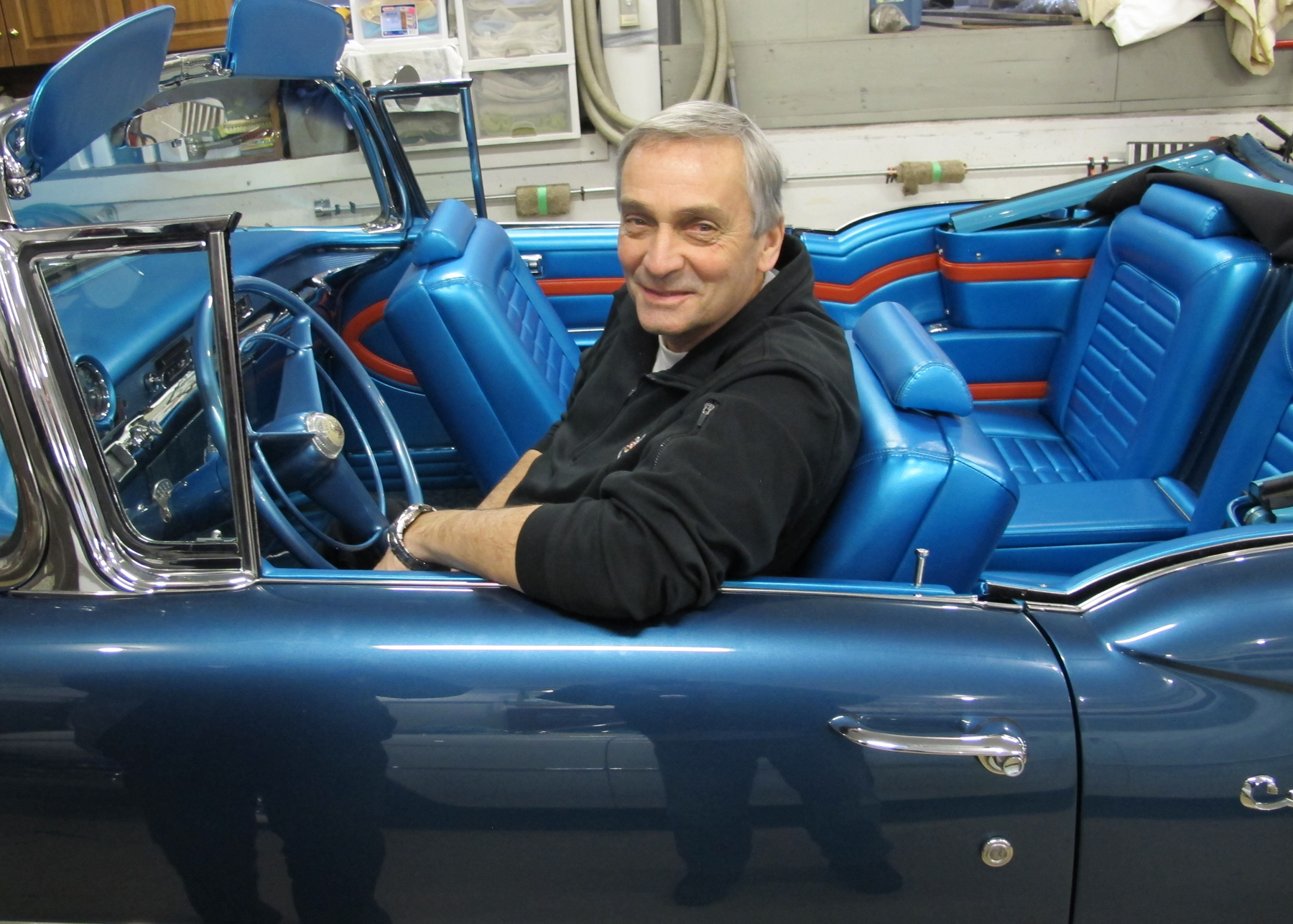 All the metal trim pieces were chrome-plated cast brass while the 332 cubic inch V8 engine has a double intake manifold with four, side draft Carter carburettors , two on each side feeding the engine.

The exhaust system features  side pipes running along the lower rockers panel, something Mitchell later incorporated on the Corvettes. And hidden under the rocked panels are what today we call “puddle lights” –  again an industry first.

The interior has to be seen to be believed.

Enter Steve Plunkett who ran the wonderfully eclectic Fleetwood Country Cruize-In until 2018 on his 110-acre estate outside London, ON, which would attract 10,000 visitors as well as up to 4,500 cars being shown on the lawn.

“My focus now,” he said, “is to searching out significant cars and bringing them back for people see once again.”

Plunkett, who currently owns 91 collector cars, first heard about the Buick in 2018 and started following the story.

Michigan collector and former GM enginer Don Mayton bought Mitchell’s one-off Century X in 1995 when it was in pieces. 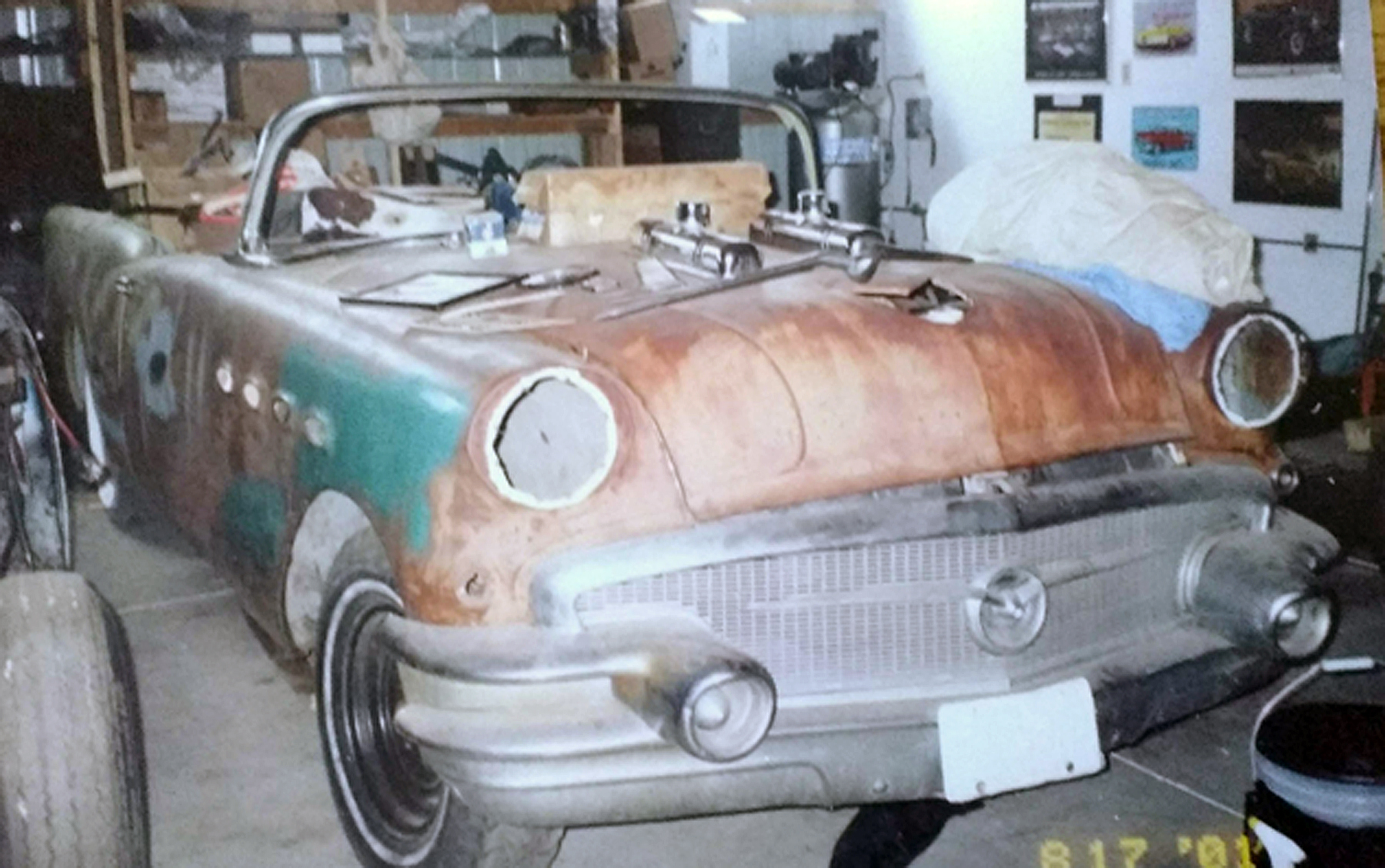 Mayton added it to his long list of restoration projects and it sat on his property until 2010, when he and a group of 14 volunteers, mostly former GM employees, started working every Tuesday on the restoration until it was finally completed in 2018.

Meanwhile back in London, Plunkett heard about the project and followed its progress.

With so many other cars in his possession, Mayton moved the  Buick for a short time to a small museum in Michigan until Plunkett heard the car might be for sale.

Plunkett pounced on it as the Buick was just the thing he was searching for in his new role as bringing landmark cars back to the public for whole new generations to admire.

“Having the Century X on the field of the Harley Earl Class is the sort of thing we love to do,” said Bill Warner, founder and chairman of the Concours. “Finding a rare and often obscure car that’s a solid part of automotive history entertains and educates.

“Its restoration is an ‘Indiana Jones’ class adventure story in automotive archeology.” 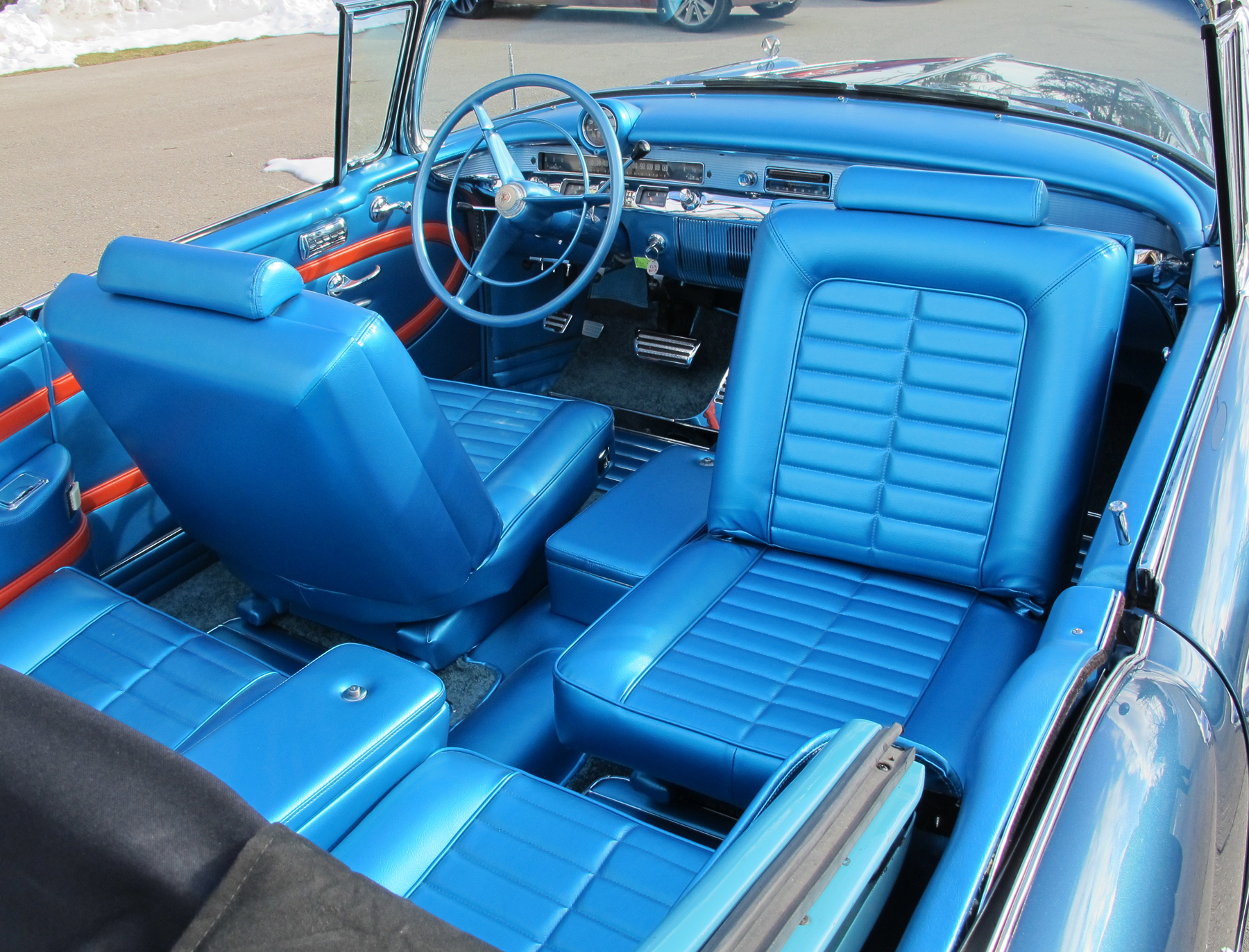 Entering one of Plunkett’s many garages, the first impression was how the car shone even in low light with the leather gleaming.

Everywhere were special Michell touches, such as driving lights in the front bumper, the on-off Century X badge on the front grille, the chrome pedals and one of the first cars every to sport a tachometer.

Throughout, Plunkett himself was also gleaming and enjoying showing the car to people outside his circle for the first time.

“Yes, I’m having a ball doing something like this,” he said. “I couldn’t imagine doing anything else.”

But Plunkett is not through. He’s just started.

At the first GM Motorama in 1949, there were four “dream cars,” two of which Plunkett now owns. The first was the first Cadillac to bear the Coupe De Ville name, which he had fully restored four years ago.

Now he has acquired a very long wheelbase sedan of which we will be hearing more of soon. 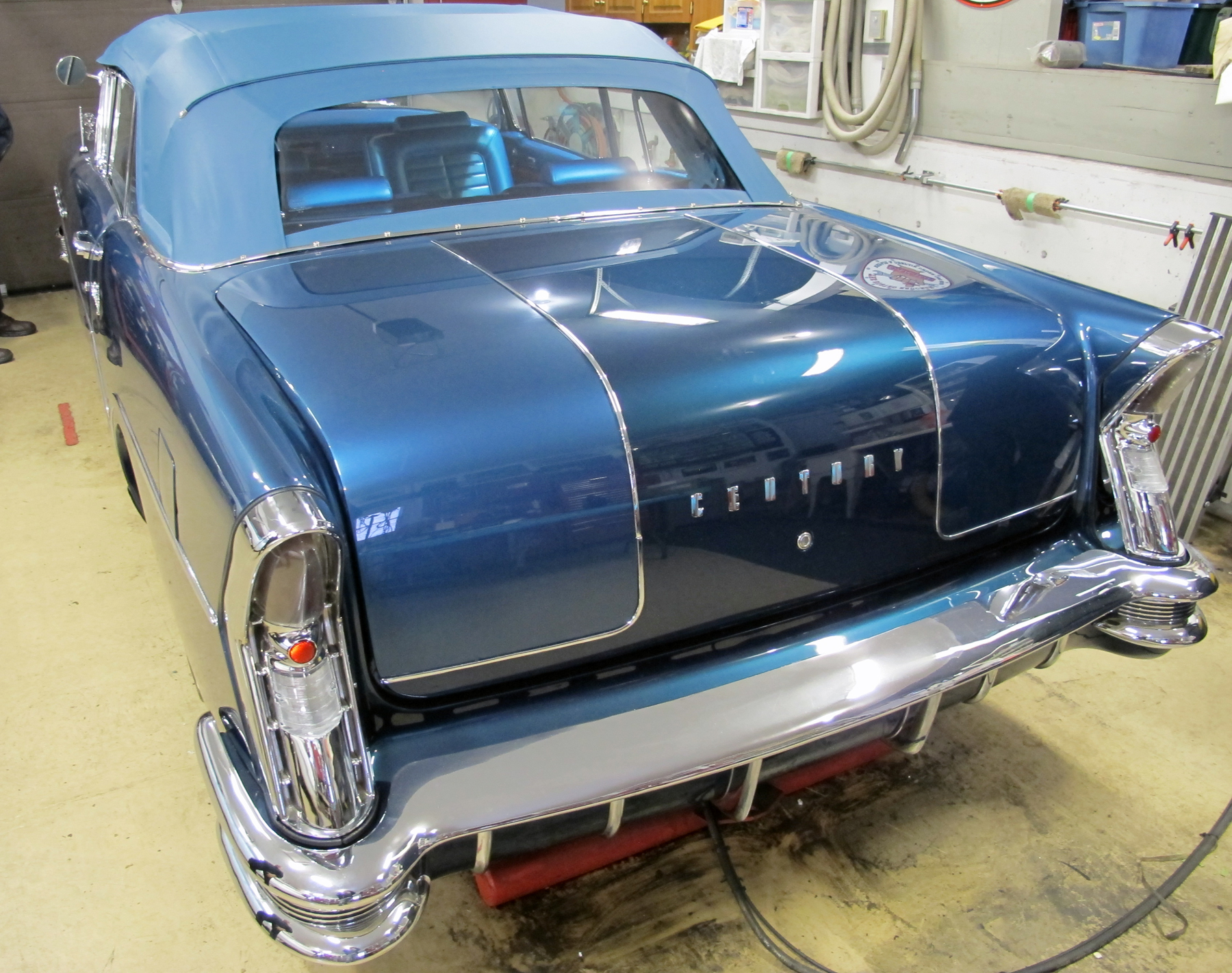 On top of that he also now owns a 1949 Cadillac Series 75 “Woodie” that was the MGM Studios car used to transport people and stars around to various locations.

This is just chapter one in a crusade to save and preserve a part of that automotive history which shaped the world we know today. 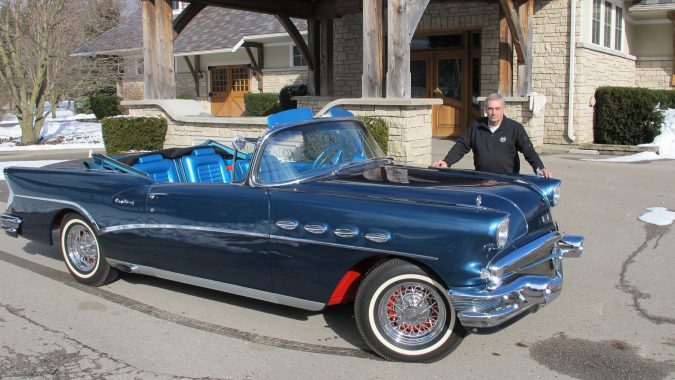 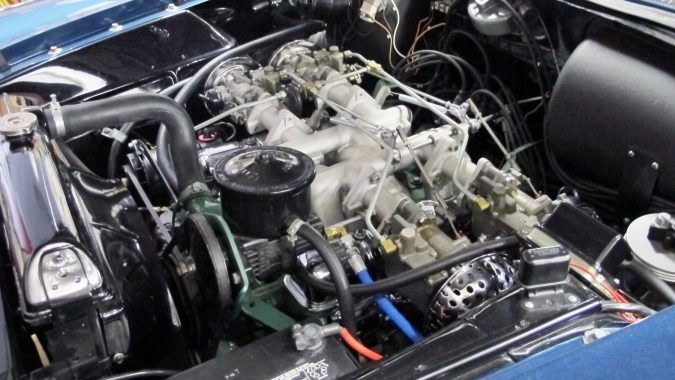 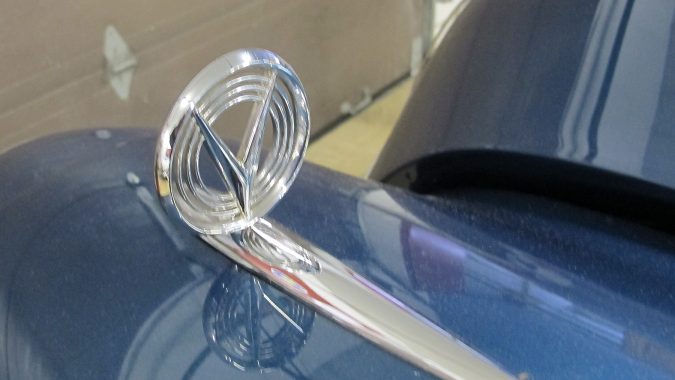 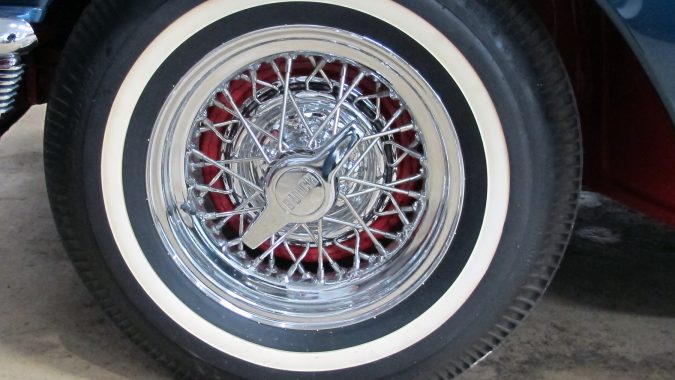