If you want to make your vintage Defender a little more modern, then Land Rover Classic is here to help you out. They’re offering wheel, suspension, braking, and even engine upgrades to make a classic a little fresher. Inspired by the Defender Works V8 70th Anniversary Edition.

The Defender Works V8 was a special edition that came out last year. The automaker’s Classic division took some standard defenders and plopped a 5.0L V8 under the hood. that’s 400 hp for the off-roader. It got suspension and appearance upgrades to go along with a new interior. Now some of those tweaks can be applied to existing cars.

Starting off the upgrade program are 18-inch alloys. The same sawtooth diamond-turned wheels that the 70th Edition got. They’re the only OE 18-inch wheels available for the Defender, and Land Rover says they’ll fit any Defender built from model year 1994. They’re the cheapest upgrade too, starting from ¬£432. Though you’re going to need to set aside some more currency for tires to fit.

Next up is a suspension upgrade kit. It’ll fit under any Defender built since 2007. With that one, you get a specially tuned suspension with new coil springs and better dampers. Along with new anti-roll bars, links, and bushings front and rear. It’s designed to give the old box a more modern feel on the road.  Complimenting that upgrade is another called the Defender Handling Upgrade Kit. 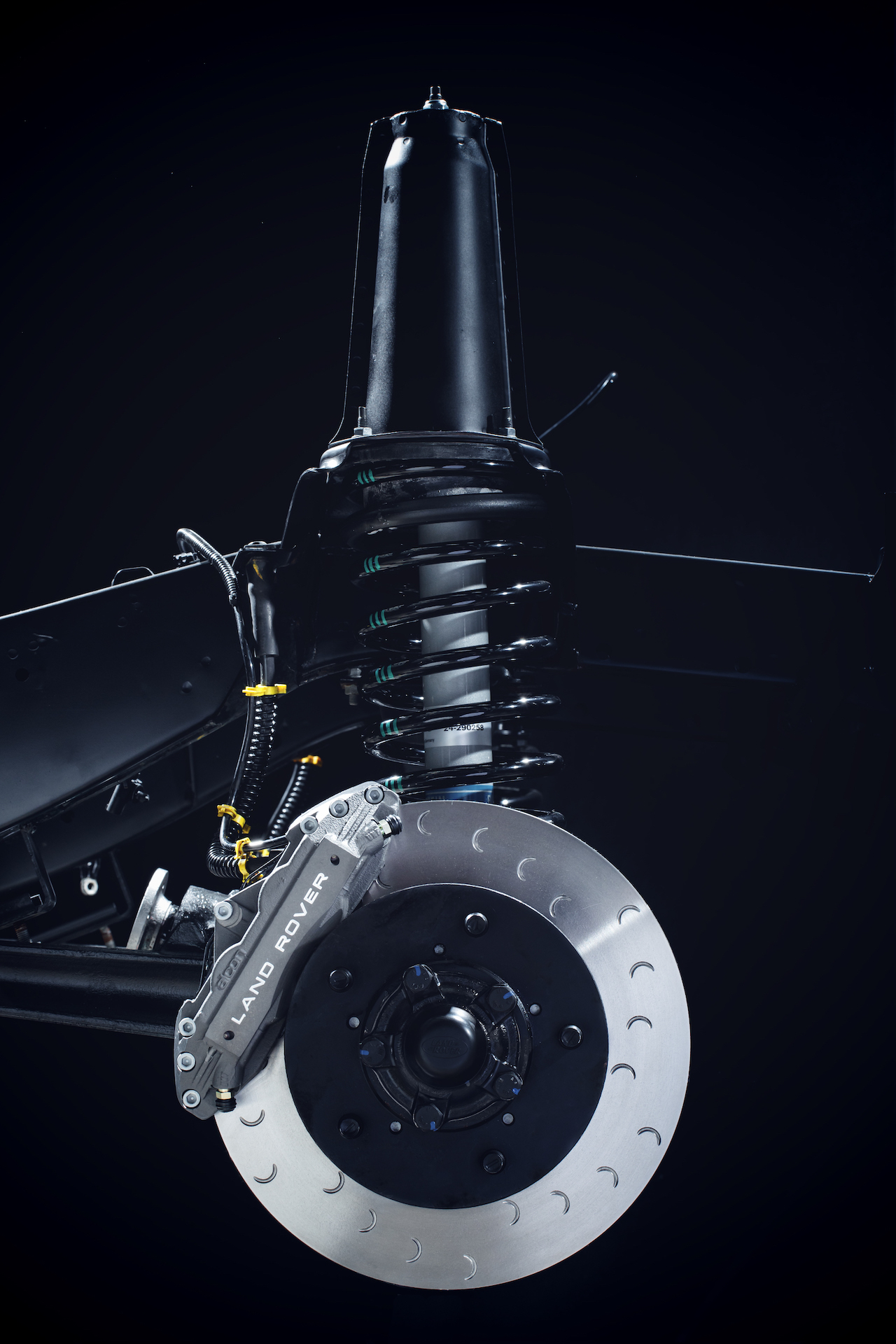 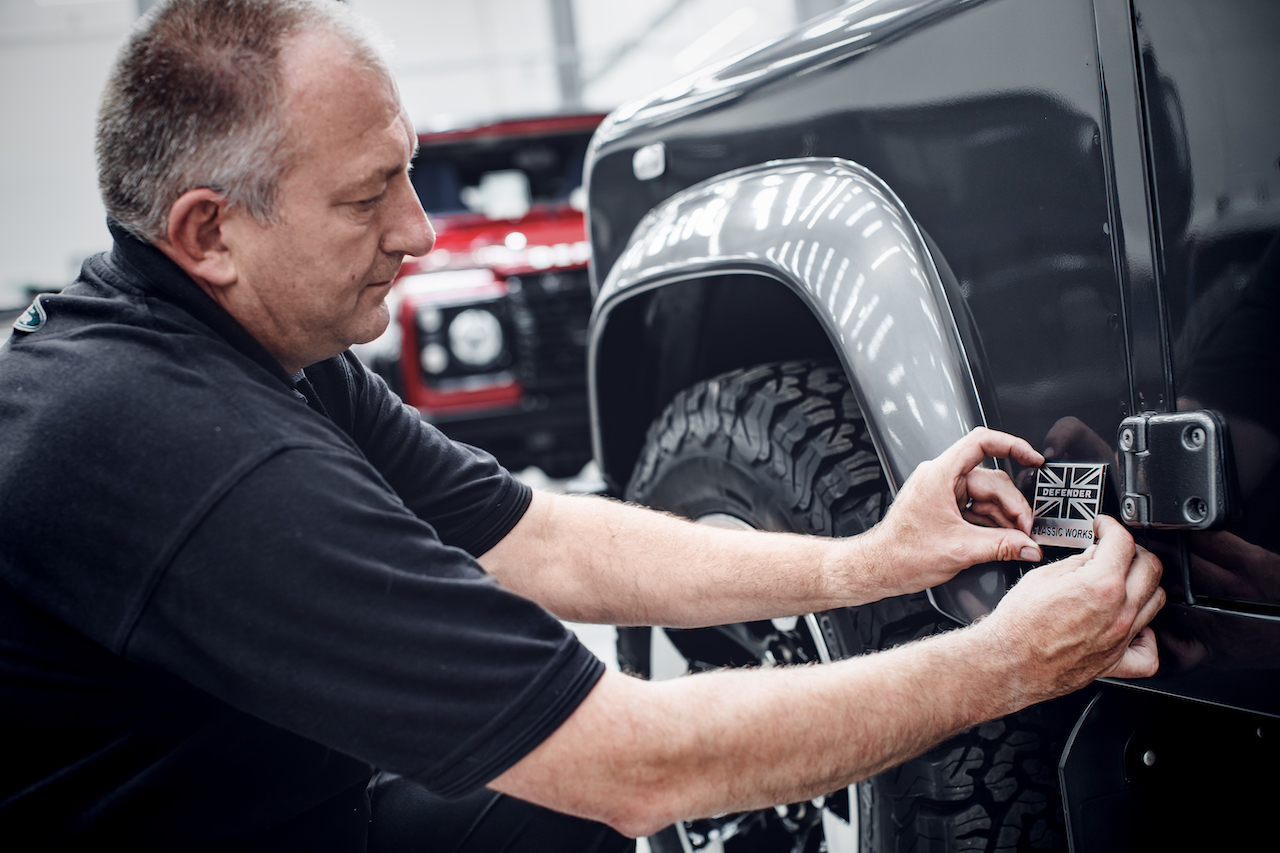 That kit includes the wheels, the suspension upgrades, and then a bit more. It gets much larger brake discs, calipers, and pads that were originally used on the Works V8. Bringing stopping power from the 1980s into the modern era.

And you’ll need that extra stopping power. Because the last upgrade will make your Defender a whole lot quicker. Even the last models, with their 2.2L turbodiesel, weren’t exactly known for having lots of grunt. Just 120 hp.

A new ECU upgrade boots that by 40 hp. To 160 hp total. Still not astonishing figures, but along with 341 lb-ft of torque it should get the modified Defenders around much more quickly.

The engine upgrades are available as a complete kit that includes the wheels and the suspension, along with Classic Works special badges. Pick up the full kit and you’ll also get a two-hour inspection, but much cooler, a private tour of the Classic Centre where your Landie’s being rebuilt. 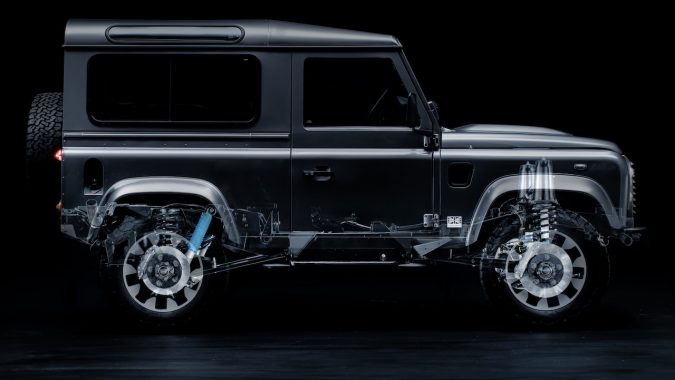 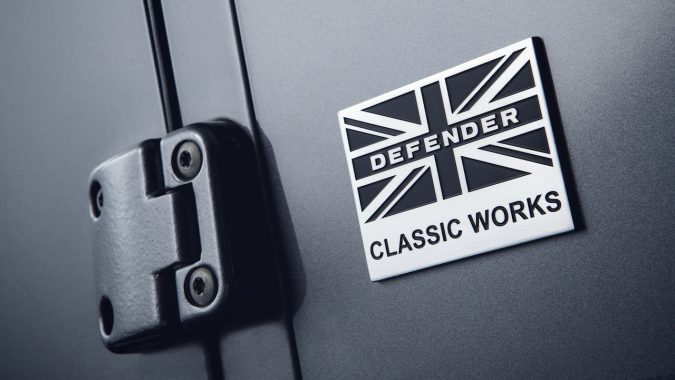 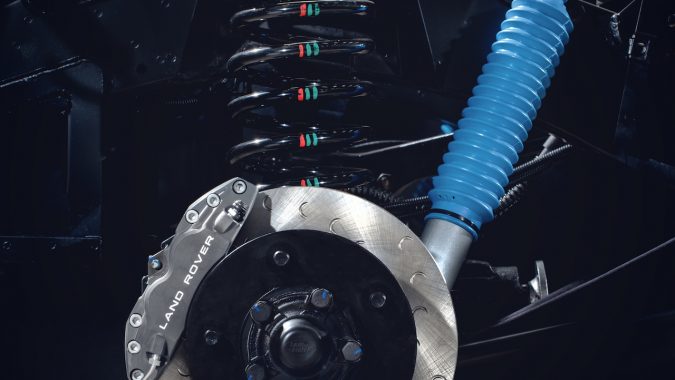 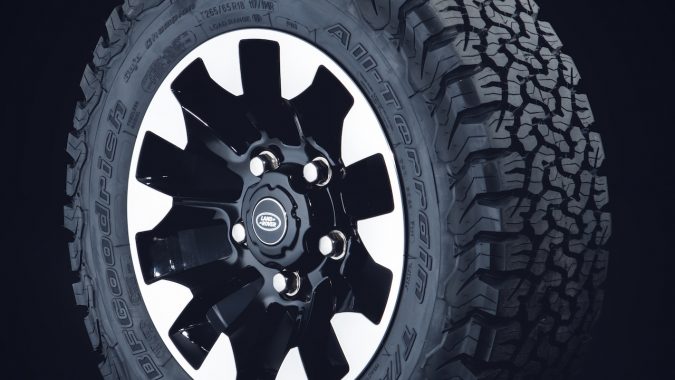