Revealed during the recent Monterey Car Week in California, the Lamborghini Aventador SVJ will be limited to 900 units.

Automobili Lamborghini unveiled the Lamborghini Aventador SVJ in a worldwide premiere during Monterey Car Week in California at “The Quail, A Motorsports Gathering”.

The new Aventador SVJ naming starte with SV which historically stands for Superveloce (meaning ‘superfast’) and ads the ‘Jota’ suffix, denoting its track and performance superiority.

The Aventador SVJ has already claimed its position as the Nurburgring-Nordschleife production car record holder, completing the 20.6 km lap in just 6:44.97 minutes. Production is limited to 900 units.

Meanwhile, a special edition, named SVJ 63, was exclusively unveiled on the concept lawn at the Pebble Beach Concours d’Elegance. It pays homage to Lamborghini’s founding year of 1963: produced in a unique configuration, it demonstrates the rich use of carbon fiber and is made in an additional limited number of just 63.

With its optimized power plant making it the most powerful series production V12-engined car produced to date by Lamborghini, the SVJ features an increase in power to 770 hp and 530 lb/ft of torque. The SVJ accelerates from standing to 100 km/h in 2.8 seconds and from 0-200 km/h in 8.6 seconds. 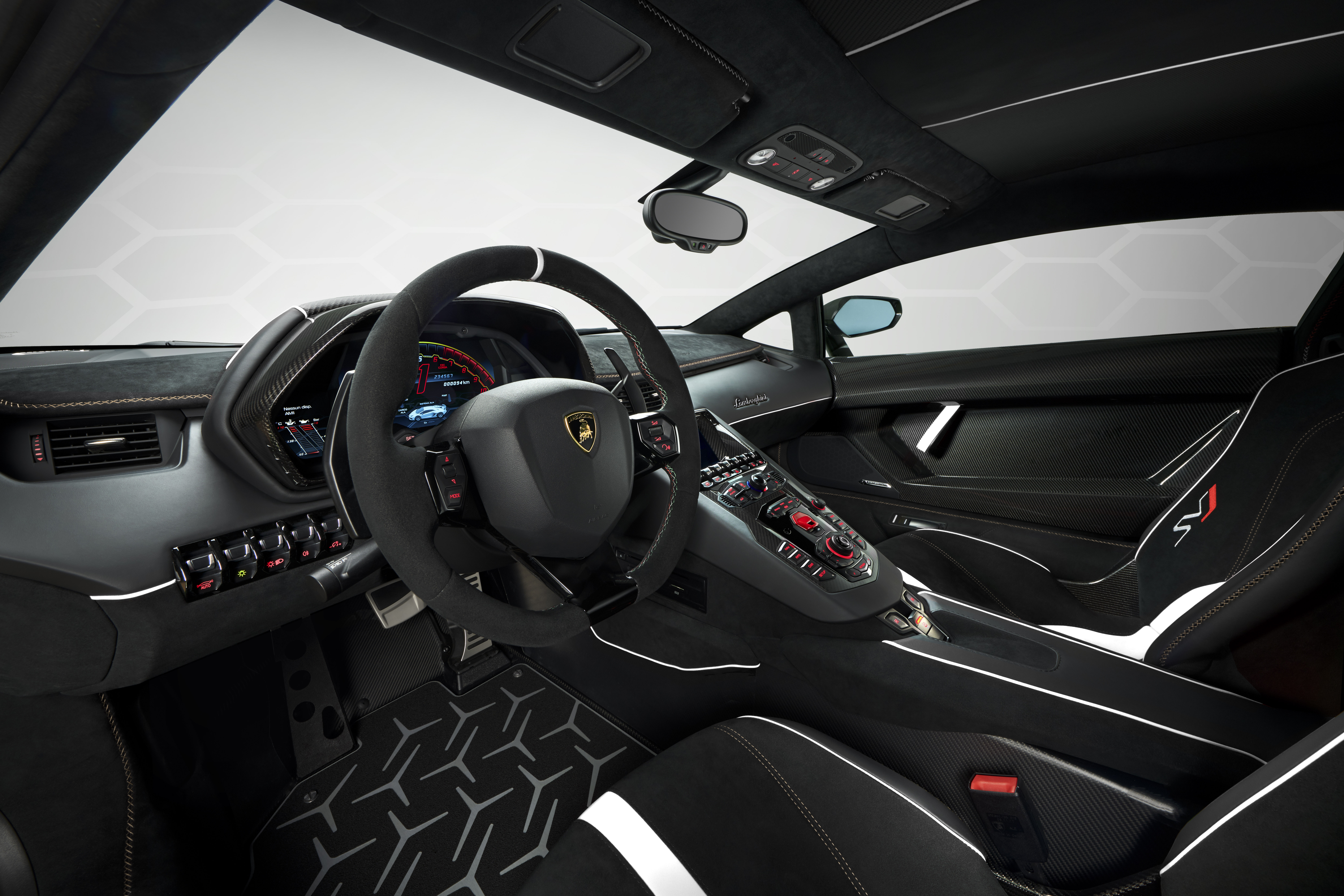 The SVJ’s suspension has been reworked, providing higher mechanical and aerodynamic grip. Anti-roll bar stiffness has been improved by 50 per cent compared to the Aventador SV, compensating against roll and improving aero efficiency.

A higher damping force range, increased by 15 per cent over the SV, and Lamborghini’s Magneto Rheological Suspension (LMS) has been recalibrated to improve body and wheel control with a focus on track performance.

New Pirelli P Zero Corsa tires have been specifically developed, according to Lamborghini’s brief for the SVJ: the tires provide higher vertical stiffness to accommodate the SVJ’s higher downforce, as well as provide a high grip level to enhance overall vehicle performance.

Featuring a specific tread design, the tires are designed to optimize performance on both road and track. Optional street-legal Pirelli P Zero Trofeo R tires can be mounted specifically for track use. 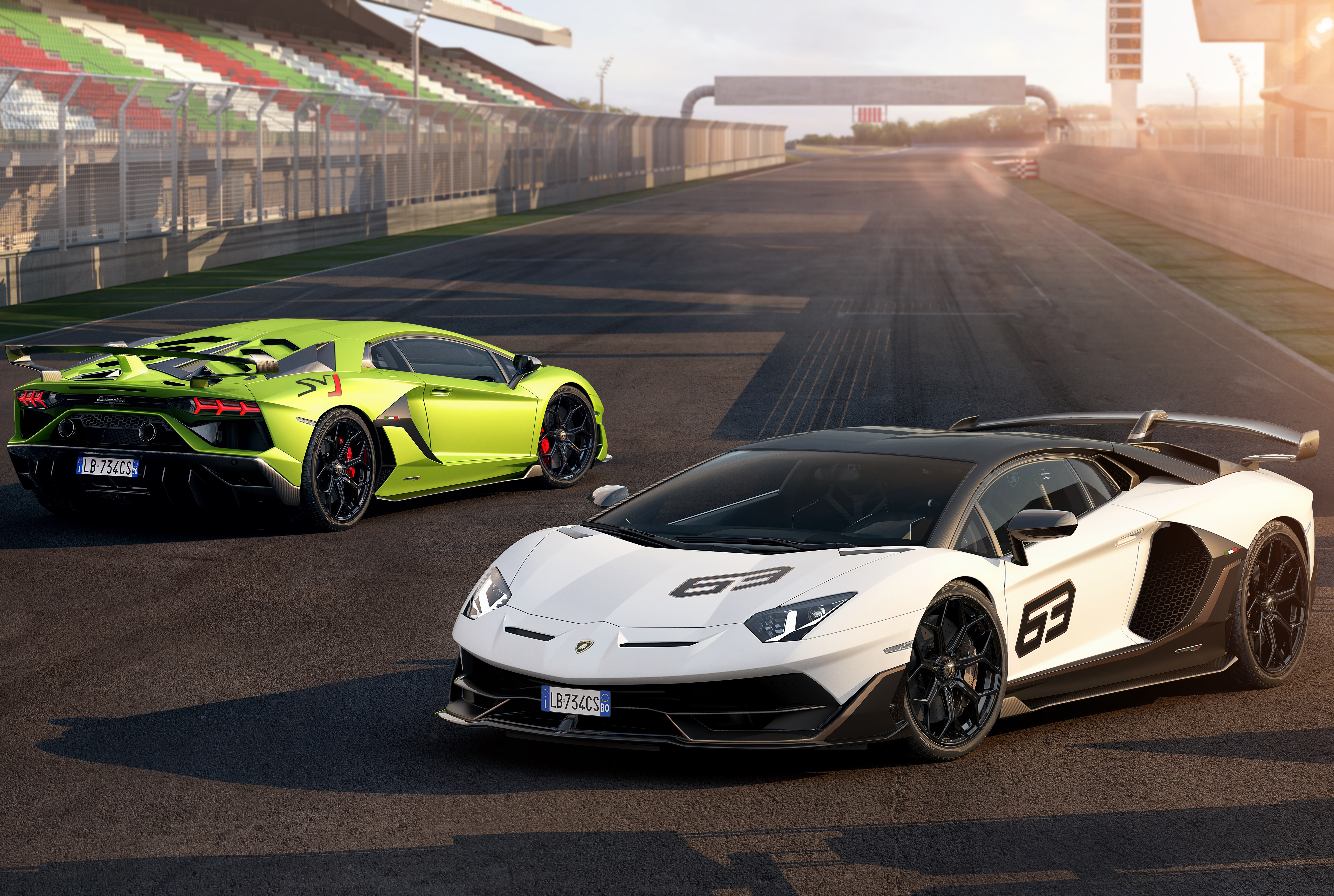