The Miura SVJ was the most extreme version of the Miura, the first mid-engine supercar, that Lamborghini built.

Join the Conversation (0)
Who better to restore your classic Lamborghini than the place where it was built? And what cooler car could they restore than one of the only four original Miura SVJ models that it ever built? We can't think of many options, so here's the one Lamborghini Polo Storico has restored and will have on display at Rétromobile, a massive classic car show held in Paris each year since 1976.

The Miura SVJ was the most extreme version of the Miura, the first mid-engine supercar, that Lamborghini built. It was part of company development driver Bob Wallace's effort to make a car to match the FIA's Appendix J racing rules. This was a passion project that could have seen the mid-engine monster compete at some of the top levels of racing thanks to its improved aerodynamics, increased power, lighter weight, and larger fuel tank, though ultimately the racing Jota (Italian for J) was a one-off that didn't see real competition.

The SVJ, which added Jota to the already quicker SV, took many of those race-ready developments and put them on the road car. The SVJ got a 3.9L V12 that put down 385 hp, and didn't get the extra aluminum pieces, but did get upgrades to the engine, suspension, exhaust, and the cooling system. Lamborghini originally made just four, with most of those converted from SV spec, though a few more were assembled from SV models by the factory and unofficially over the years. 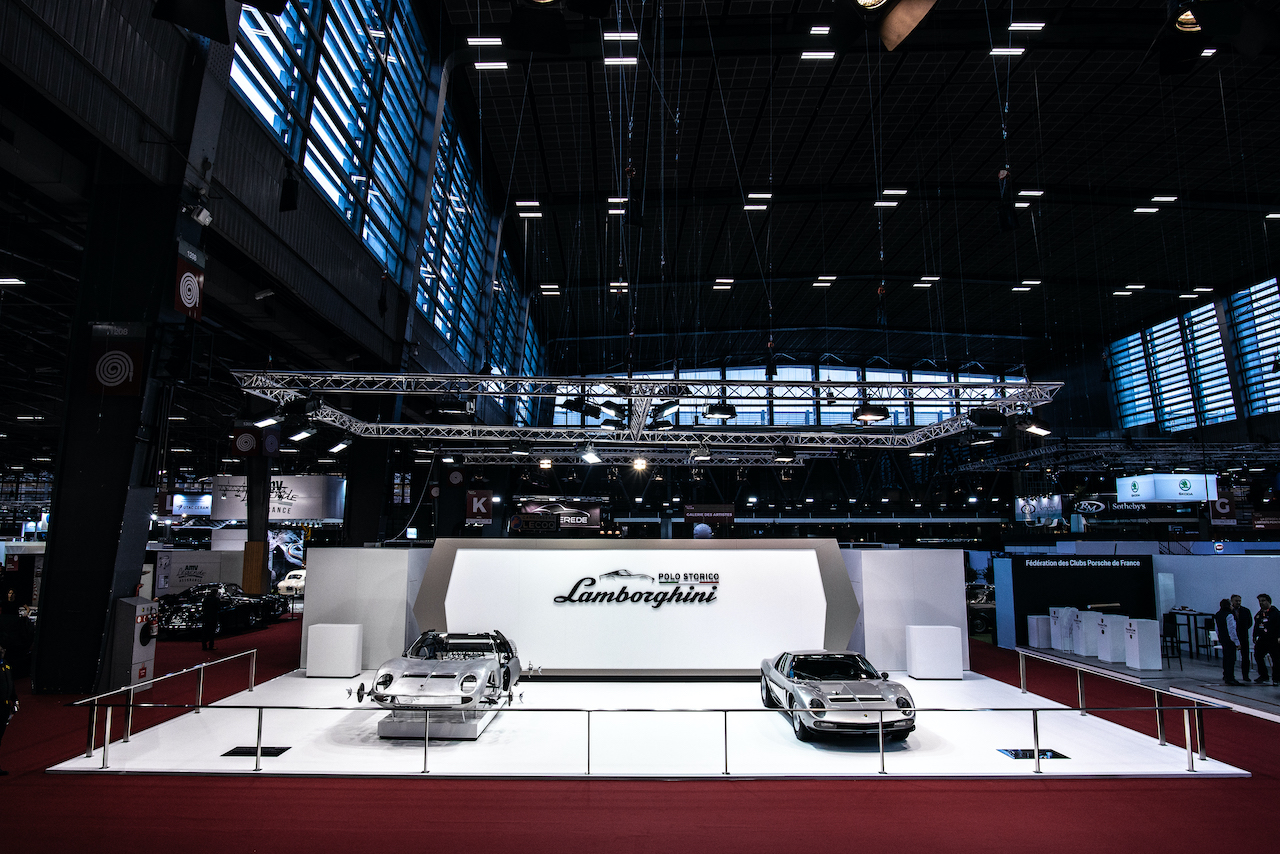 Lamborghini's heritage division, Polo Storico, restored this car, chassis 4860, with an eye to conservation over all-newness. That started with digging out documents from the company archive, one of the main benefits Polo Storico has over other restoration services. Using those documents, they helped ensure the car was as it left the factory.

This car was originally purchased by German racing driver Hubert Hahne, who was also the Lamborghini distributor in that country at the time. It was black with a white and black interior, but in 1977 Hahne had it repainted silver. Polo Storico has wisely decided to keep that colour, and this rare Miura is stunning in the shade. Rétromobile will be the first time this car has been seen publicly since the early 2000s. 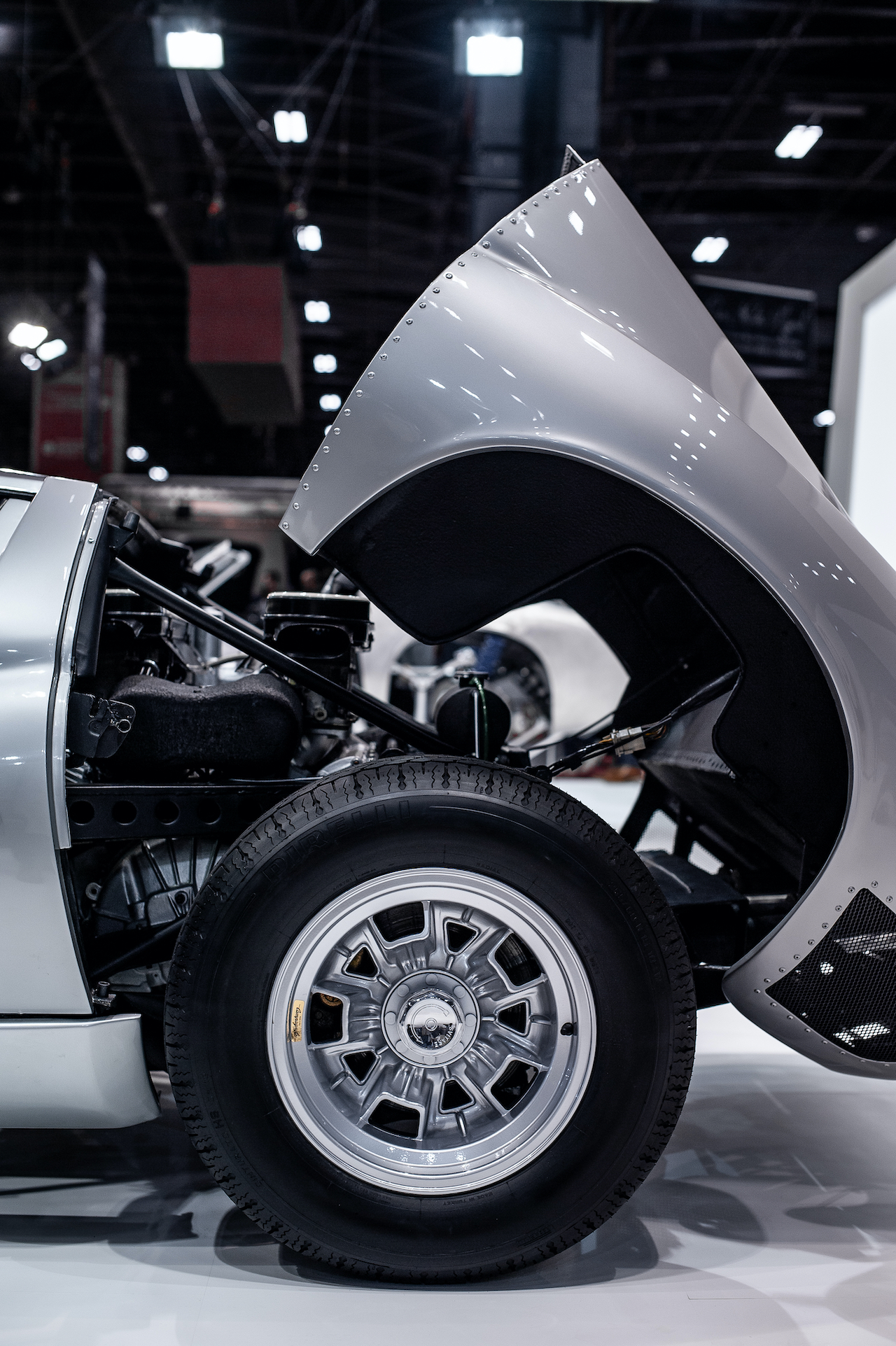 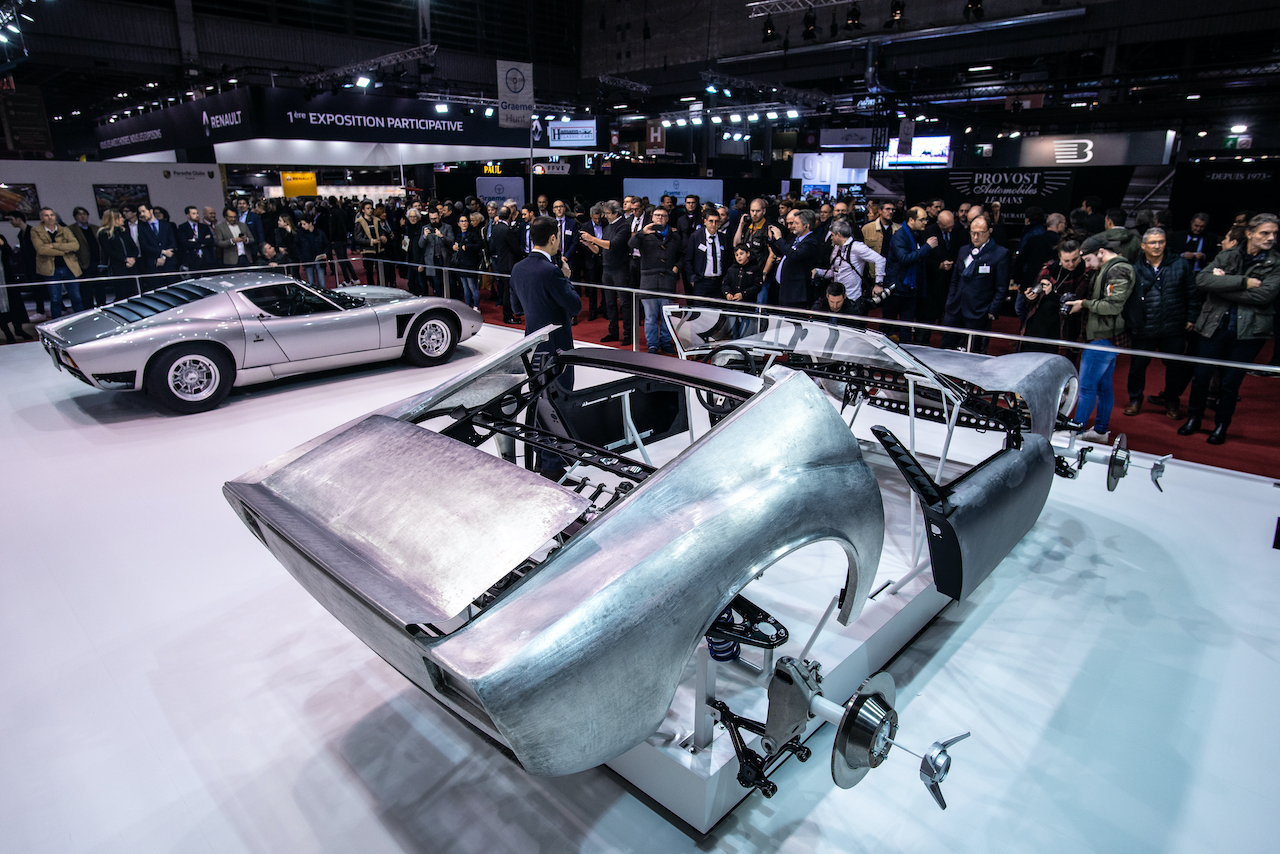 Polo Storico is also showing off what they can do for customers who don't have a Miura currently. They've built one entirely from spare parts, including engine and suspension. It's the original shape with the original dimensions, but it shows off the level of restoration and parts availability that the group can offer. Lamborghini is constantly releasing new spares like body panels and cylinder heads to help allow collectors to use their classic raging bulls.