The Lamborghini Centenario made a dynamic debut at Goodwood Festival of Speed 2017.

The Lamborghini Centenario made its public dynamic debut at this year’s Goodwood Festival of Speed in the supercar class.

All Centenario coupé models, together with 20 roadsters, are sold with first deliveries under way.

Also making its first public appearance in the UK was the V10 Lamborghini Huracan Performante, launched earlier this year and holder of the production car lap record at the Nürburgring Nordschleife.

It ran the ‘Green Hell’ with a sub-seven minute lap time of 6:52.01 min with Lamborghini test driver Marco Mapelli behind the wheel. 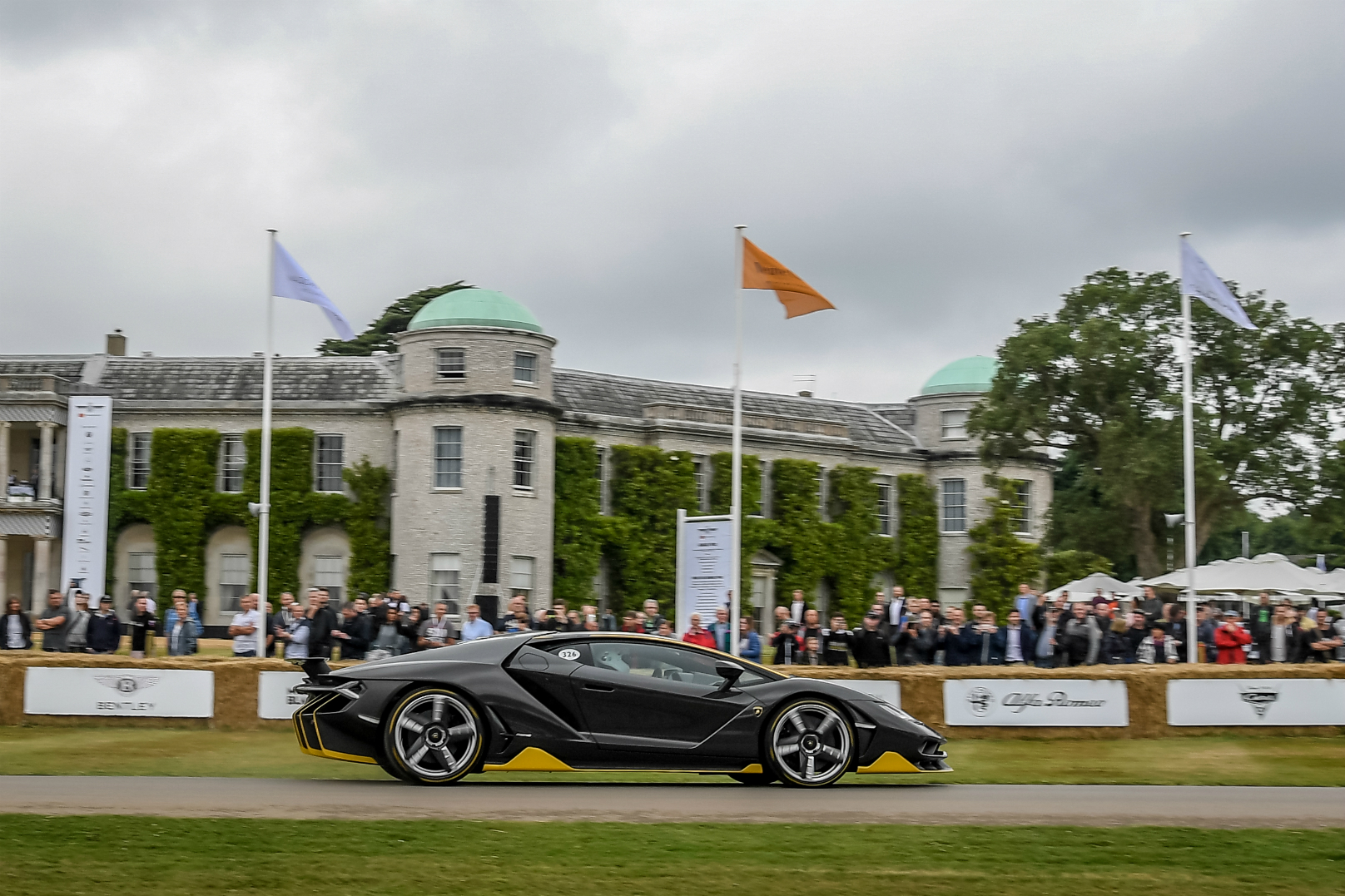