One that steals a badge from AMG, and the other from Mitsubishi.

Join the Conversation (0)
Lamborghini has just shown off a new pair of bulls during Monterey Car Week. One that steals a badge from AMG, and the other from Mitsubishi.

Ok, that's being a bit harsh on the team at Sant'Agata Bolognese. And these are two supercars that won't be mistaken for the other models that might share parts of their names.

The first is the Aventador SVJ 63 Roadster. This time, the 63 refers to the small number of open-top Js that Lamborghini is going to make. That makes this V12 monster an ultra-exclusive model. And the number's not picked at random, it refers to the year the company was founded. 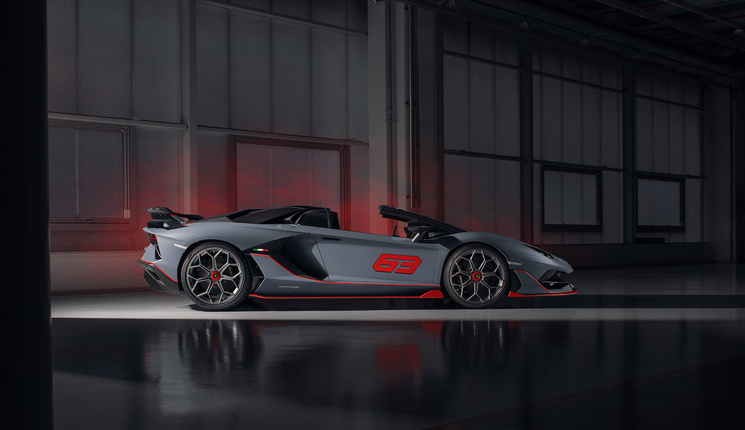 The 63 comes from Lamborghini's Centro Stile and Ad Personam teams. Those are two groups inside the company that make cars that are more personalized to their owners. Something that you can't just order from a web page. For this one, they've made eight new looks that the 63 buyers will get to choose from for their already special 759 hp V12-powered active aero supercar.

The car at Pebble Beach gets a matt grey exterior finish, accented with visible carbon fibre. Inside, there is tri-tone Alcantara throughout, but two of those three tones are grey. The carbon seats get white contrast stitching and a 63 logo so everyone looking in knows you have a special one.

Of course, all 63 are already sold.

The second is the Huracan Evo GT Celebration. It's a tribute to the company's racing GT3 Evo, which won the 24 Hours of Daytona and 12 Hours of Sebring two years running. The design of the paint is meant to look like the GRT Grasser Racing Team car, with lots of green and orange. Sorry, Verde Egeria green and Arancio Aten orange. 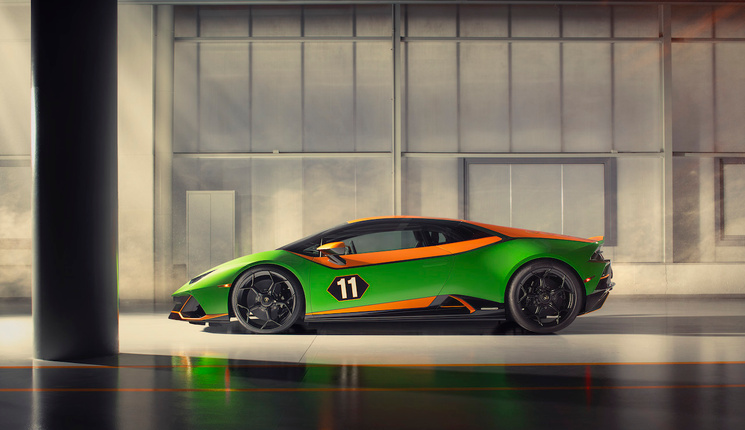 To show you it's a race car, they get hexagonal number panels on the doors and hood, wearing the number 11 of the race-winning cars. A further nod to the race car are the 20-inch single-nut alloys.

Lamborghini can add the Squadra Corse racing team shield to the roof, framed by US and Italian flags, with laurel wreathes on the rear fender. There are badges for Daytona 24 and Sebring 12 as well as a 1 of 36 inscription on the door.

Because as you've guessed, they're making 36 of them. Though there's no special meaning behind that number that they've said. Inside, the cars get contrast stitching to match the paint, and that hexagonal number plate between the special seats. This one's for North America only, powered by the same 631 hp 5.2L V10 as the standard Huracan Evo.