Mazda introduced their new flagship sedan Mazda6. Both the exterior and interior have been reworked to reflect what Mazda call “Mature elegance”

LOS ANGELES, CA: The shift in the marketplace from the sedan to SUV’s and CUV’s was bolstered by the latest introductions from the Japanese manufacturers at this years Auto Show.

Most manufacturers were going bigger and bolder with one in particular going down in size.

Going against the grain Mazda introduced their new flagship sedan Mazda6. Both the exterior and interior have been reworked to reflect what Mazda call “Mature elegance”.

Changes to the engine now include a cylinder deactivation system for the Skyactiv-G 2.5-litre engine that increases fuel economy.

Also available under the hood is the Skyactiv-2.5T that was recently introduced in the CX-9. This engine can produce torque numbers equivalent to a 4.0-litre V8. The Mazda6 also comes with an updated version of Activsense that include Mazda Radar Cruise Control (MRCC) and the latest 360-degree view monitor.

Nissan introduced two vehicles at opposite ends of the spectrum, first up was the new compact crossover the 2018 Kicks.

This quirky crossover sits fairly high for a compact crossover and is accentuated by its bold fenders. The V-Motion grille makes it undeniably Nissan, the addition of stylish boomerang headlights and taillights add to the strong style lines.

The futuristic cabin is full of innovative features and surprising rear passenger space for a small CUV. 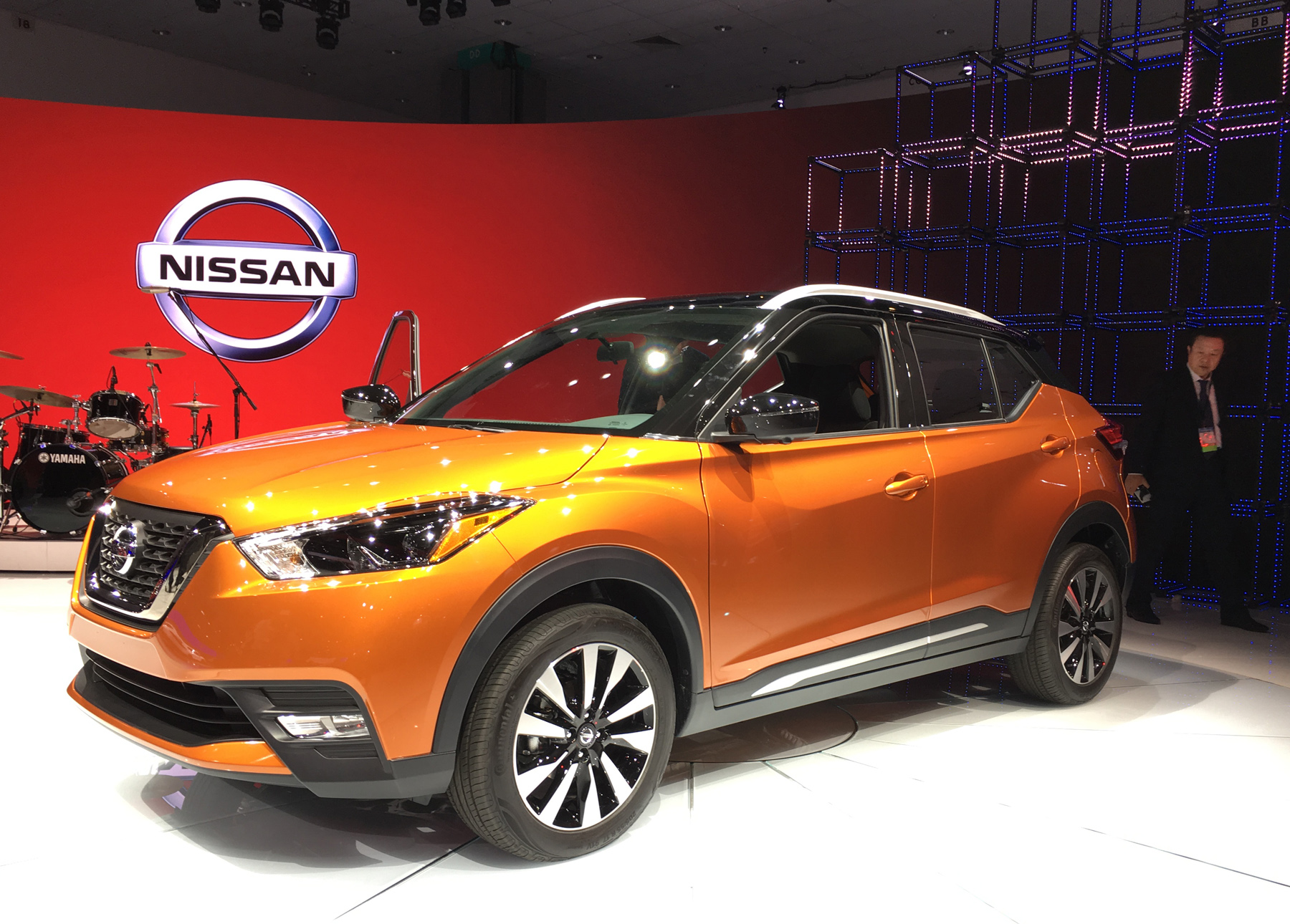 The “Gliding Wing” dashboard is simple and fresh with the standard seven-inch infotainment screen taking pride of place in the centre.

It will be available in five exterior colours as well as five two-tone combinations.

Under the hood the Kicks will come with a standard 1.6-litre DOHC 16-valve four-cylinder engine matched up to Xtronic transmission. This combination will produce 125hp and 115 lb/ft of torque. The Kicks will only be available in front wheel drive.

Nissan also proved their commitment to the Star Wars franchise with a number of Star Wars: The Last Jedi’-inspired show vehicles.

The one taking centre stage was the 2018 Nissan Titan AT-M6. This behemoth features a huge magacaliber cannon mounted in the back and has a custom body wrap reminiscent of the film’s massive First Order walker. The wheels are also dressed up to mimic the walker’s legs.

As if the Titan wasn’t big enough this monster has had its body lifted by a foot and to reflect the sheer size of the Titan has been equipped with an ear shattering 5,000-watt surround system that includes a massive 18-inch bed-mounted subwoofer. 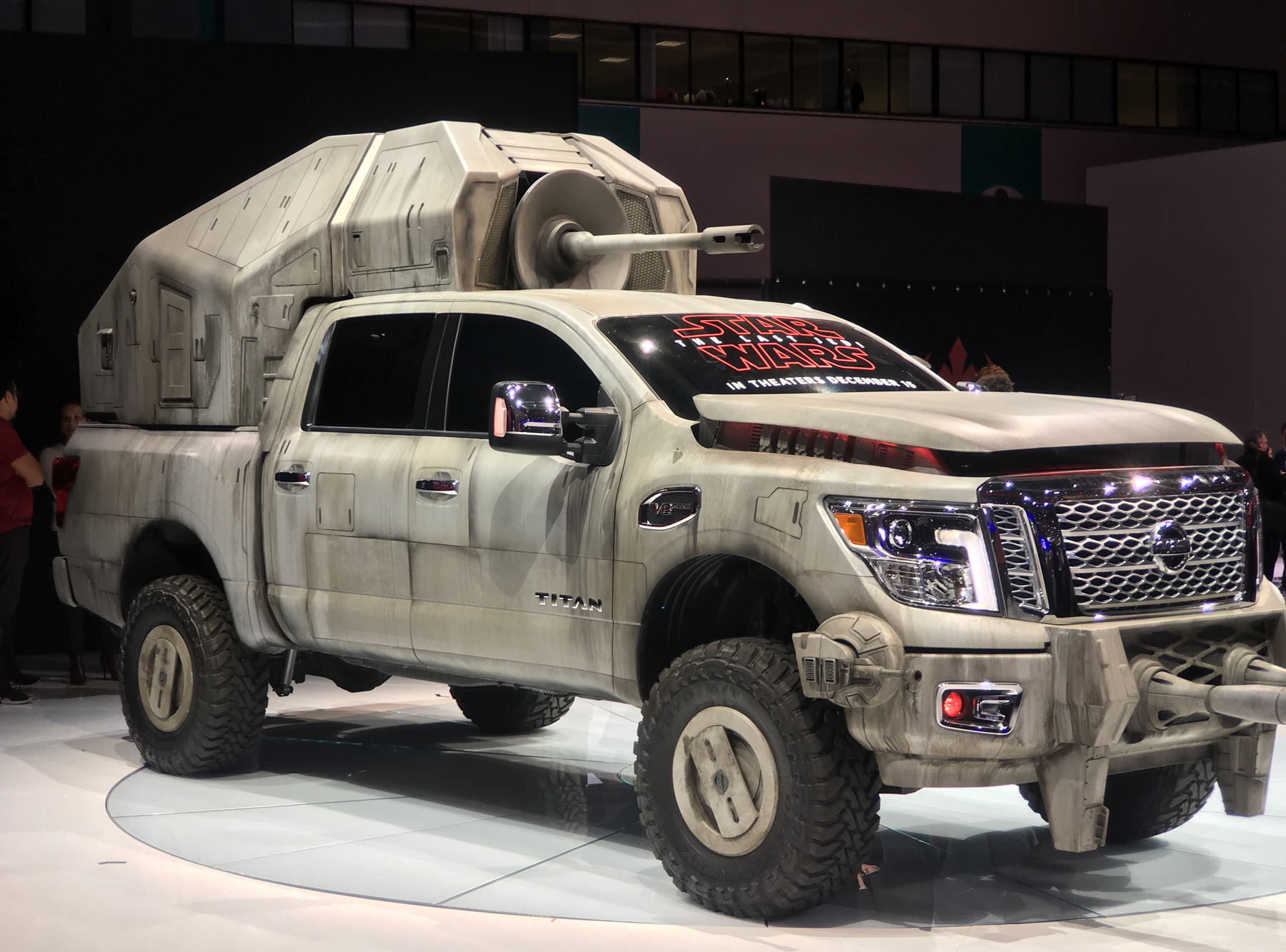 Lexus solidified its place in the luxury utility market with the introduction of the new RX350L and RX450hL hybrid.

The new RX with the “L” designation has had a third row of power-operated seats added by managing to extend the body rather than the wheelbase.

The body has been stretched at the rear by 110mm with the tailgate being straightened out to a more vertical. The RX will now be offered in either a six or seven seat combination. 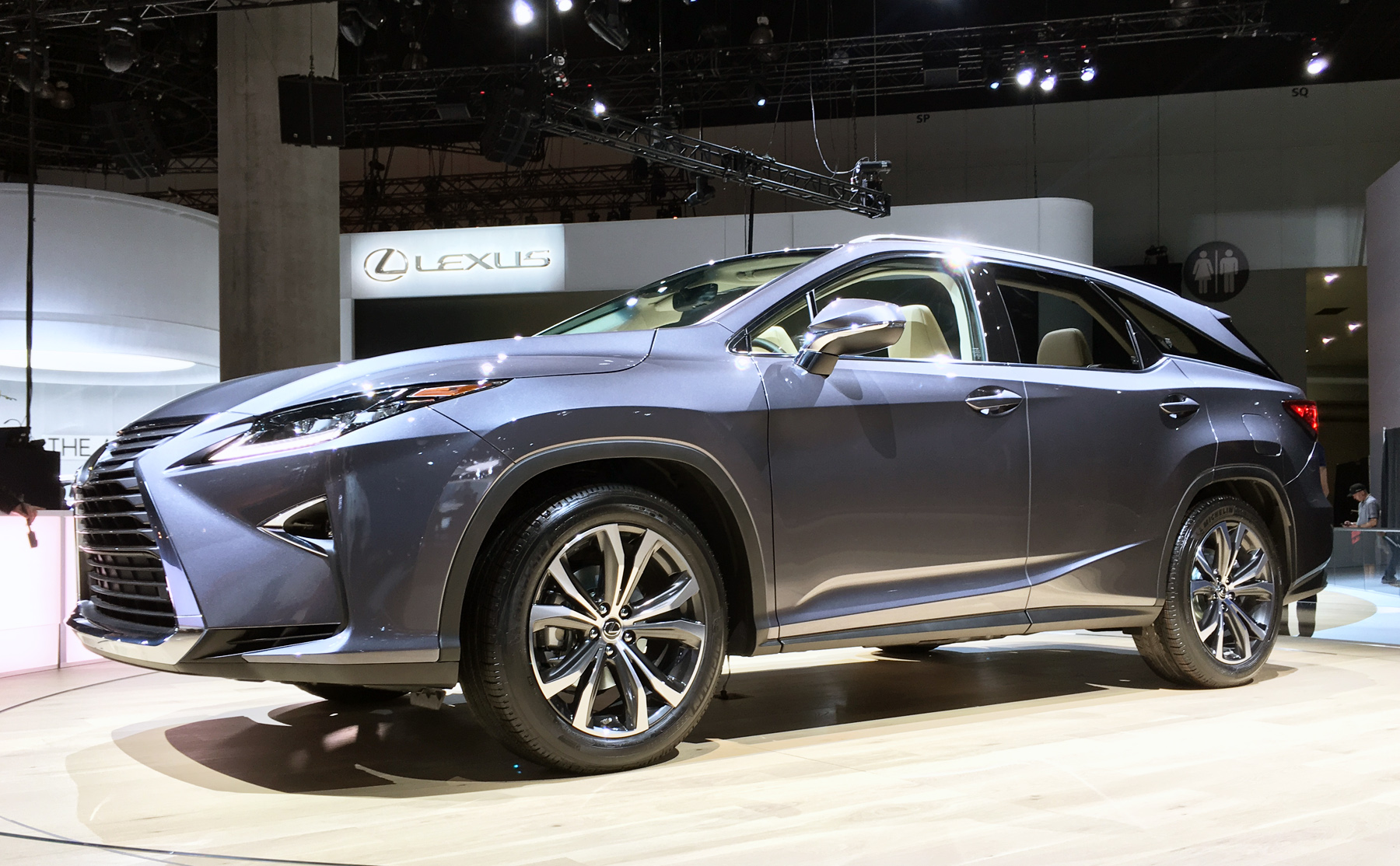 Captain’s chairs will be available in the centre row for a six-seat version with the seventh seat being available in a 60/40-split bench-type seat. Lexus are claiming that it will have class leading cargo space available behind the third row.

The RX will also benefit from a full-length side curtain airbags that cover all three rows.

As with the other RX’s in the line up it will still come with a 3.5-litre V6 linked to an eight speed automatic transmission that produces 290 hp.

The all-wheel drive system is unique to the hybrid model. Instead of using a transfer case and a driveshaft to the rear wheels, an independent rear-mounted electric motor drives the rear wheels when needed to help maintain traction.

The RX350L will be available in showrooms early next year with the RX450hL becoming available later in the year.

Toyota introduced their new concept The Future Toyota Adventure Concept (FT-AC). This is a stylish adventurers vehicle that means business as shown with its aggressive design lines.

Not only does the FT-AC look the part for any back country adventure it comes with some neat features that will assist any outdoorsperson.

The functional fog lamps at the front can be unclipped from the vehicle and used as a flashlight or a bicycle lamp.  Taking a bicycle out with you in the FT-AC has been made simple with the addition of a retractable bike rack that slides in and out of the bumper making loading and unloading especially easy, especially when your bike is filthy. 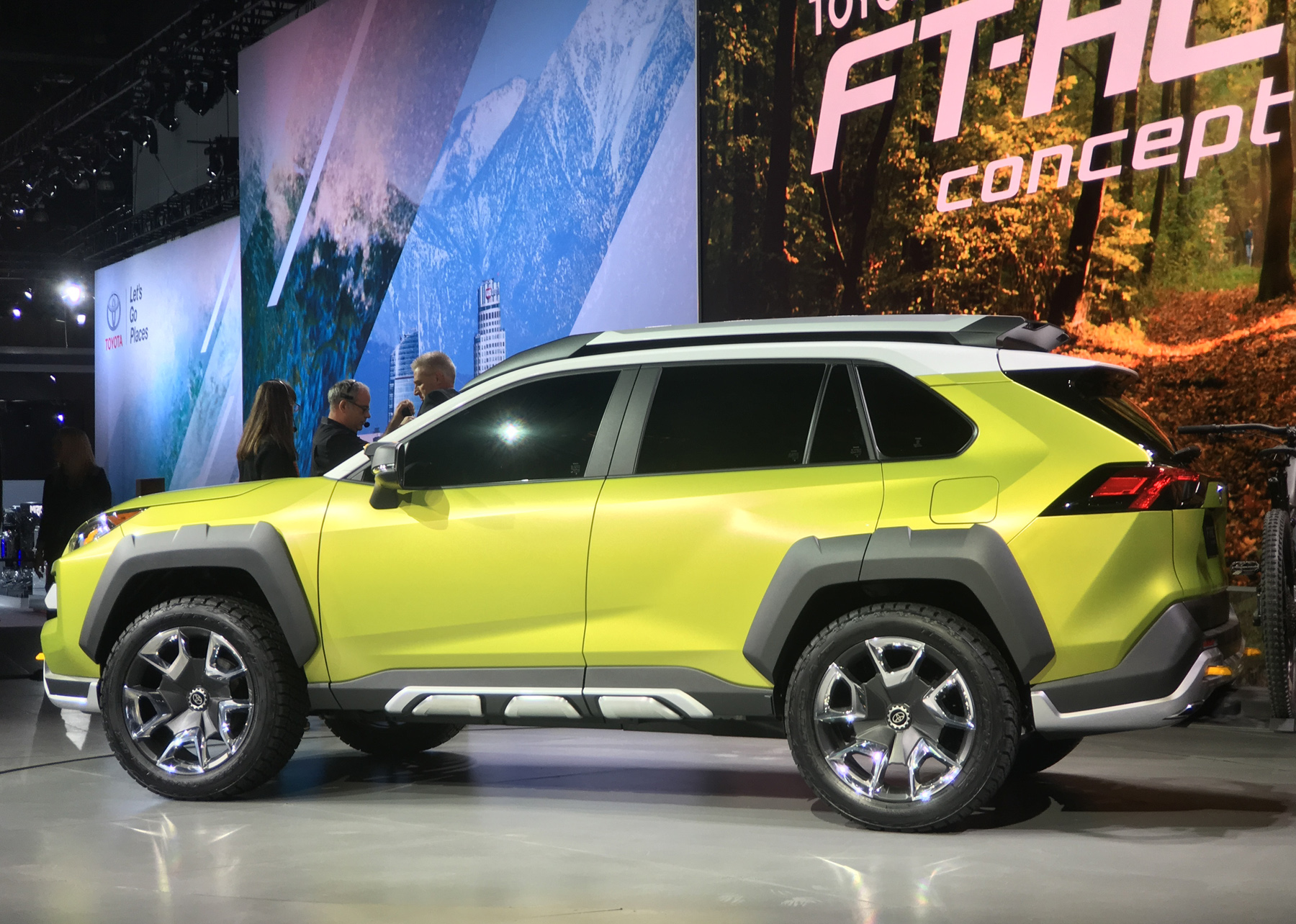