New technology was the name of the game with Korean manufacturers at this year’s Los Angeles Auto Show.

LOS ANGELES, CA: New technology was the name of the game with Korean manufacturers at this year’s Los Angeles Auto Show.

When the new Kia Niro hybrid electric CUV arrives next year it will be one of the first vehicles in the world fitted with Nirobot, a new bot for Facebook Messenger.

Facebook is now used by more than one billion.

Kia calls Niro a HUV (Hybrid Utility Vehicle) and the bot makes it possible to offer vehicle information, interior and exterior galleries, multimedia product overviews and the ability to schedule a test drive of the first Kia vehicle to make use of what is essentially a dedicated eco-car platform.

“The all-new Niro is like nothing else on the road today, and kicking off our pre-launch strategy by breaking new ground with our bot for Messenger that will make the new car research process much easier and more efficient for shoppers,” said Kimberley Gardiner, director of marketing, for Kia in the U.S.

Niro is said to be the first hybrid electric crossover with a range of up to 50 miles in all-electric mode.

Introduced prior to the show, the new Kia Soul Turbo was shown publically for the first time in LA.

Another feature is a new seven-speed double clutch automatic transmission with quicker and smoother shift points and no shift shock making for more dynamic acceleration and contributes to a more engaging driving experience. 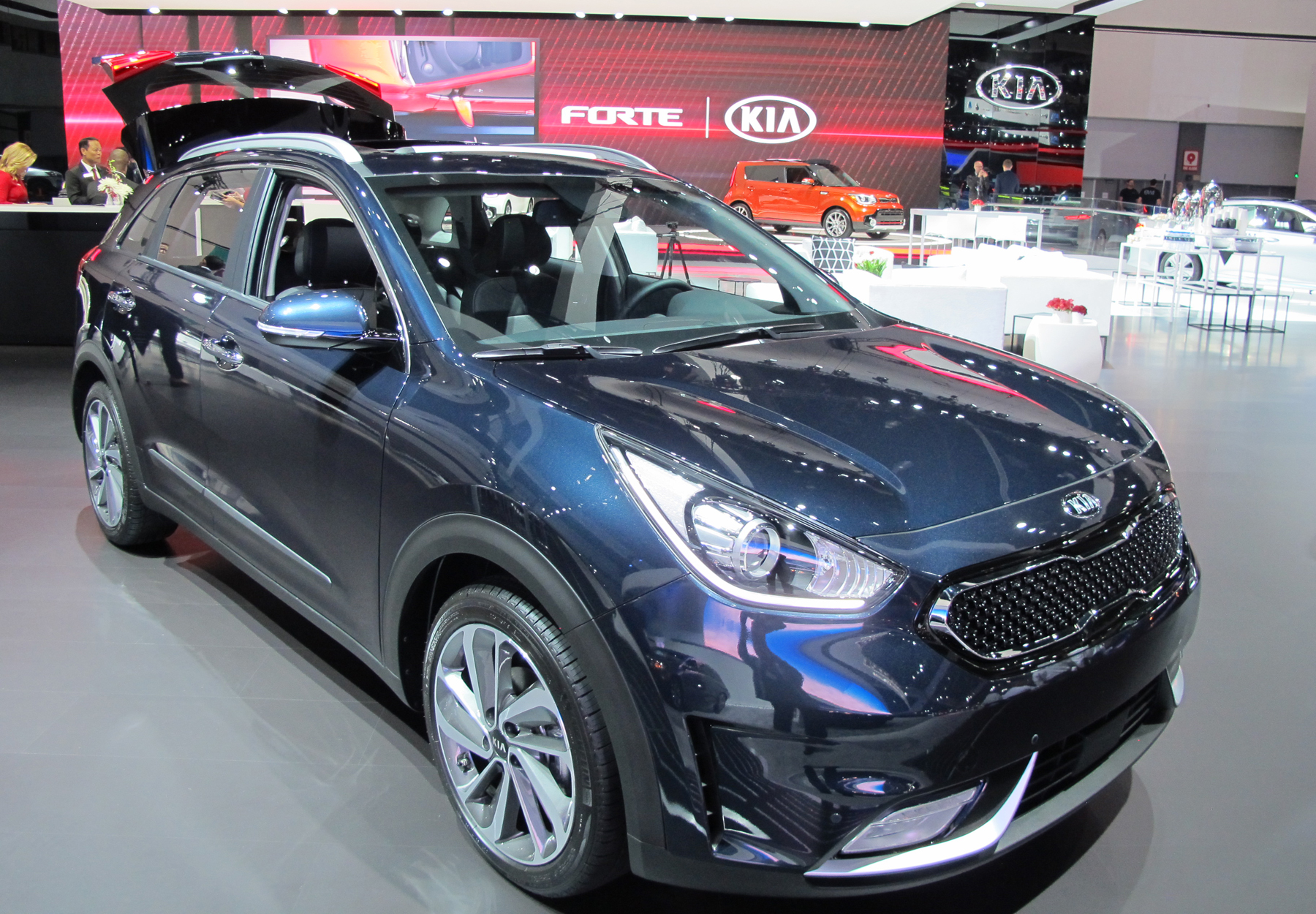 There the Kia Niro hybrid crossover arrives next year it will be one of the first production vehicles fitted with a new bot for Facebook Messenger.

Over at Hyundai, the brand revealed the autonomous IONIQ Concept with a hidden LiDAR system in its front bumper instead of on the roof.

The goal is to produce a system that uses less computing power and thus less cost resulting in something the average consumer can afford.

Joining the Genesis G80 five-litre V8 and 3.8-litre V6 is the new 3,3T Sport with twin turbo, direct injection V6 with 365 hp and 376 lb/ft of torque with a sport-tuned eight-speed automatic transmission with shift-by-wire technology.

The suspension has been upgraded now with continuous damping control also with beefed up front and rear brakes.