Korean manufacturers, as usual, came to the 2016 NAIAS with a bevy of new product all aimed squarely at the North American market.

DETROIT, MI: Korean manufacturers, as usual, came to Detroit with a bevy of new product all aimed squarely at the North American market.

Power for these front-drivers comes from of a new 2.0-litre direct injection inline four-cylinder engine with six-speed manual or six-speed automatic transmission. Power and torque numbers are yet to be released.

Visually, both have a new nose with the signature “Tiger Nose” grille looking more like that on the Optima mid-size sedan.

All trim levels with the automatic transmission come standard with Drive Mode Select which allows the driver to change the driving response based on their preference – Normal, Eco or Sport.

Pricing will be announced closer to when it goes on sale in the first quarter.

Also unveiled on the Kia stand was the Telluride full-size SUV concept with three rows of seats for up to seven passengers. 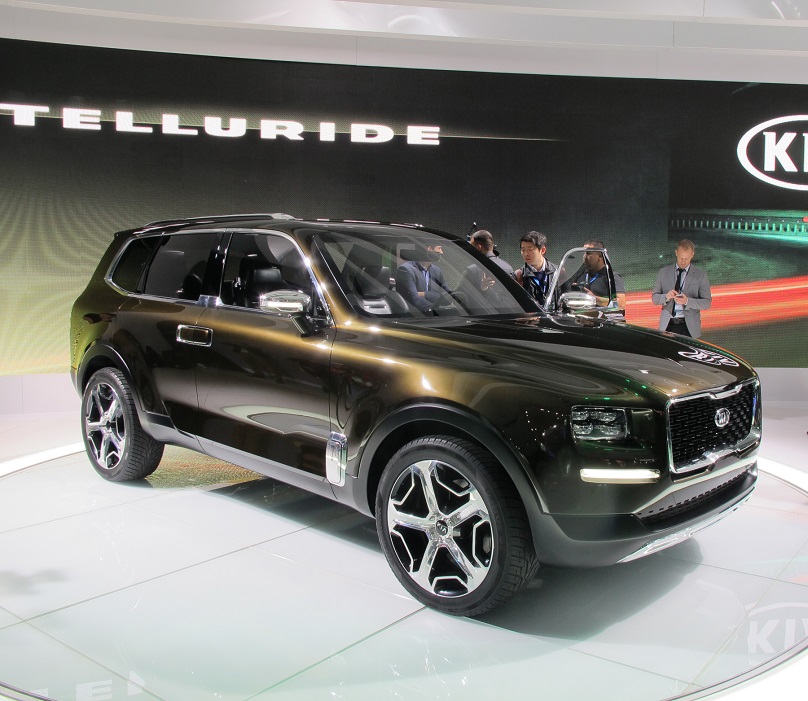 An intriguing feature is a huge, wing-shaped LED panel mounted under the quite large sunroof. The panel emits a pattern of therapeutic light to treat desynchronosis or jetlag to “improve the passengers’ energy levels.”

With it they can quickly scroll and select desired media by simply swiping their hand. Once chosen, it can be played either through the seven-speaker premium Harman Kardon audio system or a set of portable Harman Kardon headphones that wirelessly charge when stowed in the console.

The Telluride utilizes a a 3.5-litre gasoline direct injected V6 engine and powerful electric motor for a combined 400 hp (270 hp from V6 and 130 hp from motor) and is claimed to get more than (US) 30 mpg. It features an advance all-wheel-drive system. 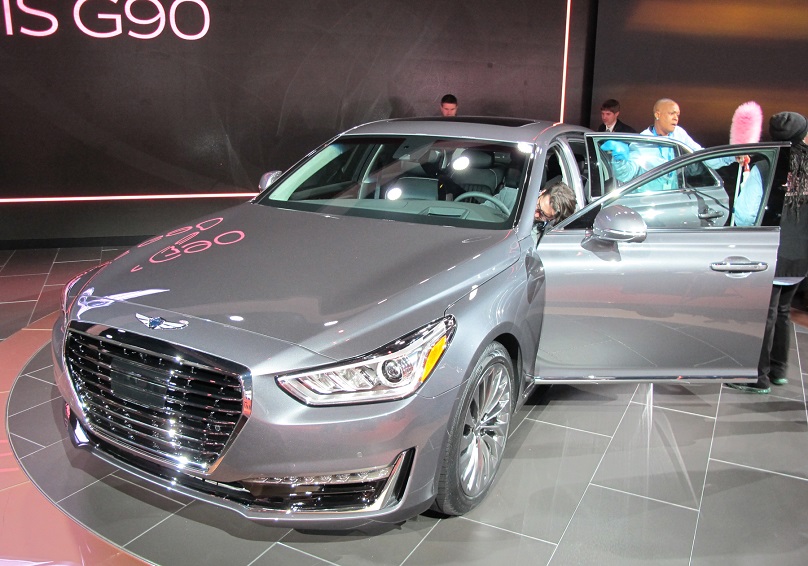 The G90 is the first of six models planned by 2021 and utilizes the brand’s new “Athletic Elegance” design language.

The result of four years work by a team of 800 people, no detail was overlooked like special semi-aniline leather from Conceria Pasubio S.p.A., specialists in Italian leather craftsmanship.

Standard in Canada will be the HTRAC All-Wheel Drive system, the company’s first application of Genesis Adaptive Control Suspension.

Kia claims efforts to quell noise, vibration and harshness have resulted in best-in-class in-cabin quietness based on internal tests.