The Forte is now longer, wider and taller than it’s predecessor with segment leading cabin and cargo space

DETROIT, MI: Kia has managed to raise the bar yet again with its global launch of the all-new 2019 Forte at the North American Auto Show in Detroit.

The third-generation Forte still manages to retain its sporty and youthful image, but has a more mature and sophisticated appearance thanks to a number of sleek and dynamic styling cues inspired by its fastback sedan sibling – the Stinger.

The longer hood combined with the tiger nose grill and Stinger-like headlights give it a more athletic stance from the front with the short rear deck emulating the Stingers fastback shape.

The Forte is now longer, wider and taller than it’s predecessor with segment leading cabin and cargo space all while managing to make the body 16 per cent stiffer.

Under the hood the Forte comes with a second-generation, Atkinson Cycle 2.0-litre inline four-cylinder engine matched to either a six-speed manual gearbox or to Kia’s brand new continuously variable transmission (CVT).

The new transmission has been developed and built in house by Kia and is being described as an Intelligent Variable Transmission (IVT).

Kia Engineers built the IVT with adaptive style shift logic with a chain-type belt instead of push belt.

Kia claims this will eliminate the rubber-band feeling associated with other conventional CVT transmissions. This results in smoother acceleration and a more sporty driving experience.

The new horizontal themed dash opens the cabin up and avoids clutter with clean lines and a reduction in buttons. Entering the forte has been made easier for both driver and passengers with all benefiting from improved outward visibility.

The Forte comes packed with the latest technology that includes a standard eight-inch touchscreen, Android Auto and Apple CarPlay; it also has the ability (using select smartphones) to read SMS texts aloud through Bluetooth connectivity. 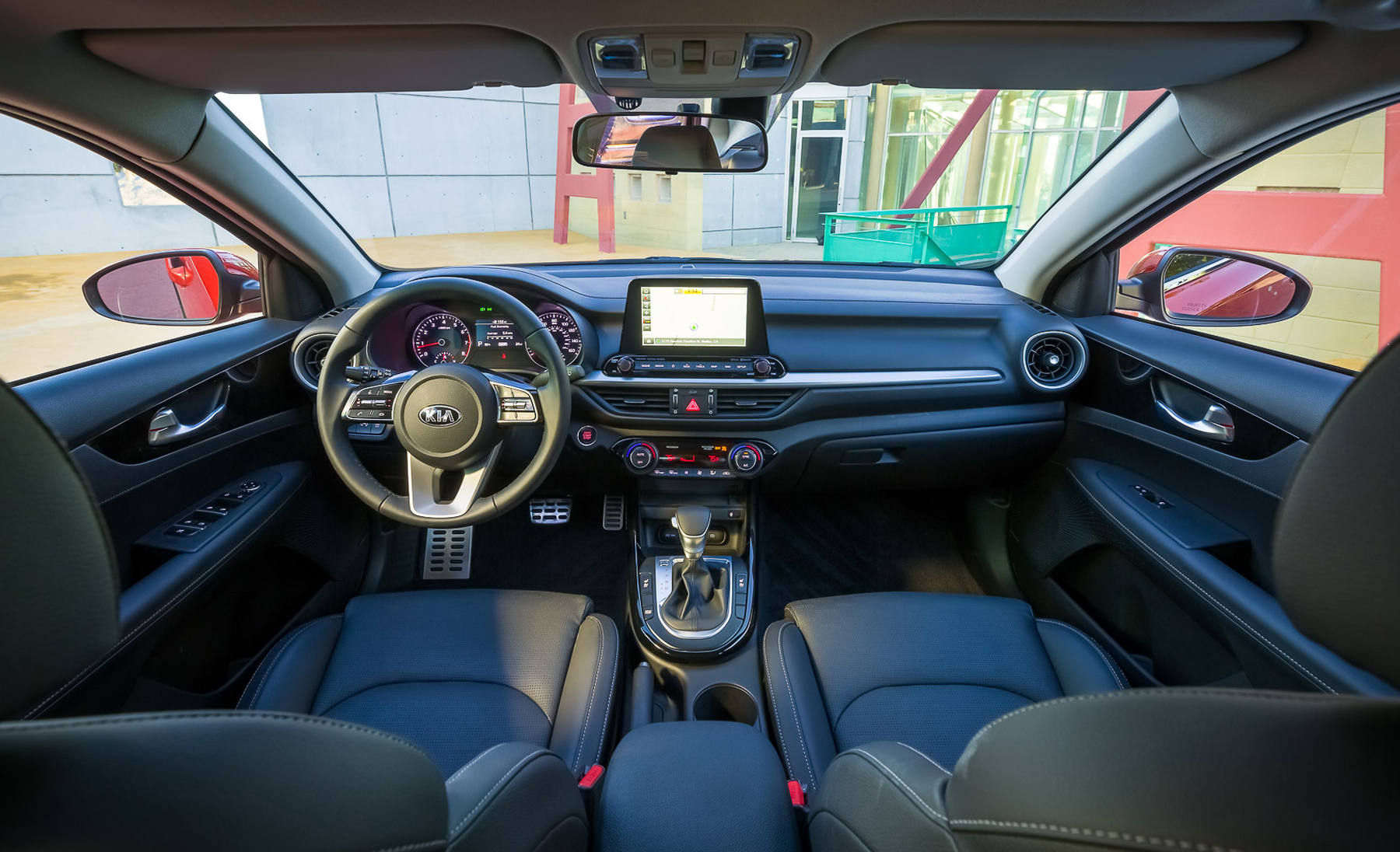 The Forte also will come with a suite of advanced driver assistance systems usually associated with its more expensive siblings. They include; Blind-Spot Collision Warning and Lane Keep Assist, Forward Collision-Avoidance Assist and Smart Cruise Control

The new Forte will come in three trim levels LX, S and EX and will be available in Canada in late spring, the hatchback version the Forte5 will also be available at the same time.

Unfortunately the Koup will no longer be available and has been discontinued.