Telluride won ‘World Car of the Year’ and the Soul EV claimed the title of ‘World Urban Car’.

Kia needs to make some extra space on its trophy shelf, with both the Telluride large SUV and compact all-electric Soul EV taking home new hardware from the World Car Awards. Telluride won ‘World Car of the Year’ and the Soul EV claimed the title of ‘World Urban Car’.

The Telluride, a handsomely styled SUV with a lantern jaw, was rewarded by the judging panel who noted its distinctive design and impressive practicality. It was competing for top honours against an entry list of 29 other vehicles from brands all over the world. Winning the award is no easy feat since vehicles are judged and scrutinized on their respective merits against all others rather than just those with which they compete. Two Mazdas, the 3 sedan and CX-30 crossover, placed second and third, respectively.

In Canada, the Kia Telluride has also walked away with the award this year for Best Large Utility Vehicle, competing with the Mazda CX-9 and Hyundai Palisade.

“Everyone at Kia is truly honored to receive not just one, but two awards from the World Car of the Year judging panel,” said Thomas Schemera, Executive Vice President and Head of Product Division at Kia Motors Corporation. “This is one of the hardest-fought competitions in the global automotive industry.”

When examining vehicles best suited to city use in particular, the awards panel proclaimed Kia’s fully-electric Soul EV the ideal rig and named it World Urban Car. Combining zero-emission performance and impressive electric range with a compact size, the judges liked its bold design and high levels of practicality. Its main competition was the Mini Cooper SE Electric and the Volkswagen T-Cross, the latter of which is not available in Canada. Eight EVs competed for the award in total. 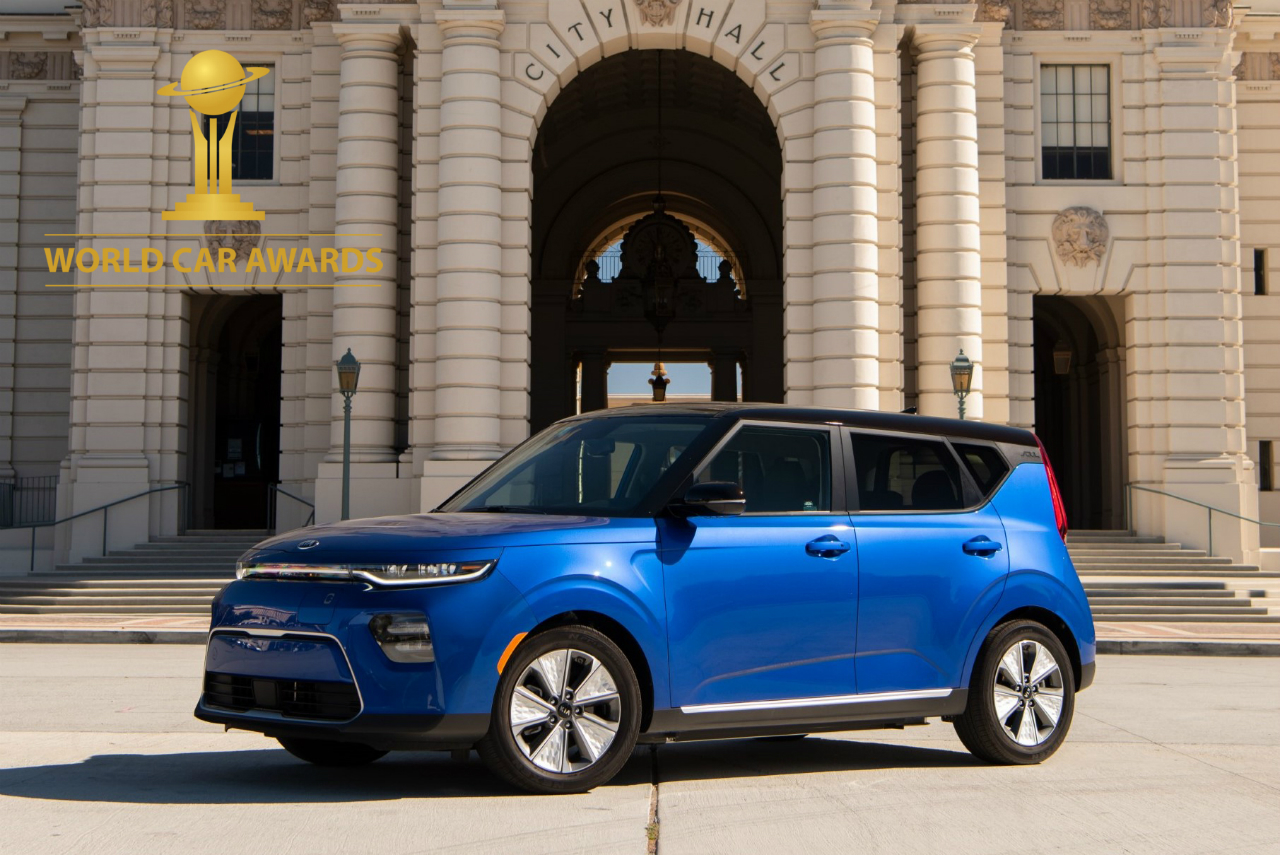 The World Urban Car category was introduced three years ago. Mike Rutherford, World Car Awards Program co-chair, said “The World Urban Car award is increasingly significant as these clever, comparatively small cars measuring up to 4.2m long are among the biggest-selling, most accessible, best value vehicles in showrooms across the globe.”

If you’re wondering, the World Car Awards have been around since the early 2000’s and are meant to reflect the global marketplace. The organization says their awards complement, not compete, with existing national and regional Car of the Year programs. Nearly 100 highly-experienced and well-respected automotive journalists from 24 countries around the world comprise the judging panel.