Kia is also planning to add mobility services based around autonomous driving.

Kia has just announced its new electrification plan. The Plan S strategy, as the automaker has branded it, calls for double-digit numbers of new EVs within the next five years, a healthy share of the EV marketplace, and big EV sales. To do it, Kia is planning on spending big bucks.

Plan S was revealed earlier this week during Kia’s investor day in Seoul. The company says the plan outlines a “shift from a business system focused on internal combustion engine vehicles toward one centred on electric vehicles and customized mobility solutions.”

By the end of 2025, Kia says, it plans to have 11 battery-electric vehicles on the market. It currently offers two, the Soul EV and the Niro. Kia also hopes to capture 6.6 percent of the global EV market, excluding China (Kia’s joint venture in China has separate targets). By 2026, it hopes to have 500,000 EV sales yearly, and 1 million (25 percent of total sales) of what it calls “eco-friendly vehicles,” again excluding China. The first of those new vehicles is a dedicated EV model it expects to launch next year.

“As the auto industry undergoes turbulent changes, today is also an opportune time for Kia Motors to radically transform itself into a global enterprise dedicated to spearheading customer value-led innovations,” said Kia Motors President and CEO Han-woo Park. ” Kia Motors will actively innovate to take on the challenges ahead, identifying and capitalizing on new opportunities to propel the company forward.” 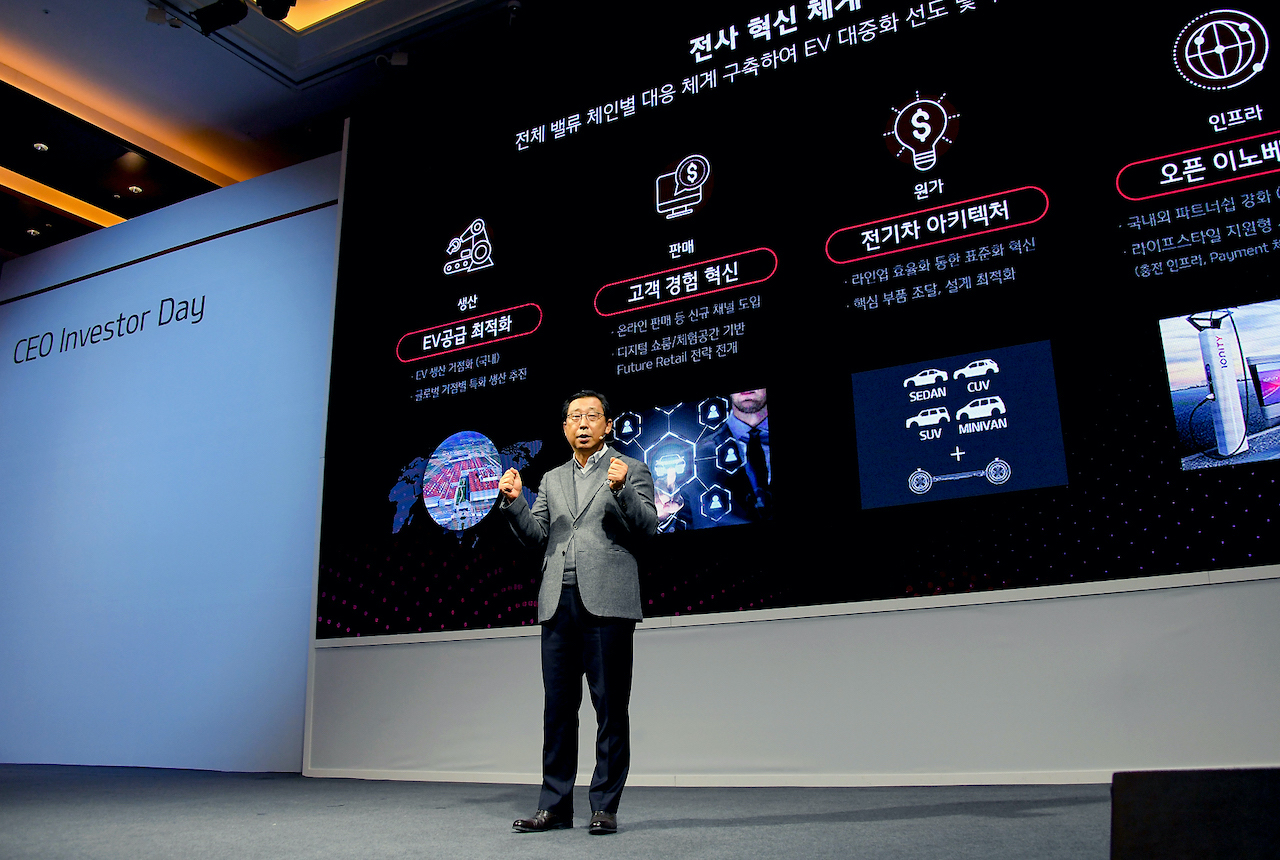 Kia says that its new EVs will offer differentiation from its conventional cars with things like special designs, a unique user interface, and even EV-specialized quality. The 2021 EV will be built on a unique electric platform. Kia says it will be a crossover with “a future-oriented user experience,” a range of more than 500 km, and a fast-charge time of under 20 minutes thanks to developing 800V charging like Porsche has debuted with the Taycan.

In the last year, Kia has invested in Croatian performance EV-company Rimac as well as charging infrastructure company Ionity, in an effort to advance its vehicles and to increase its charging network.

Kia is also planning to add mobility services based around autonomous driving. That means the “purpose built vehicle market,” vehicles built for car-sharing and other mobility needs. It is planning transfer stations and charging hubs in major cities, allowing drivers to switch from an internal combustion car to an EV when they get to the edge of urban areas that have banned conventional vehicles. Kia has partnered with Grab, what it calls Southeast Asia’s largest ride-hailing, food delivery, and payment solutions company,” and a similar operation in India called Ola.

As part of Hyundai’s joint venture with autonomous experts Aptiv, Kia says it will start testing an autonomous platform by 2023, with the aim of Level 4 and Level 5, or fully-autonomous driving.

The cost of this ambitious plan is steep. Kia plans to invest 29 trillion won, or $32.6 billion, but the end of 2025, with much of that paid for by reducing investment into internal combustion engines and a focus on reducing manufacturing complexity. 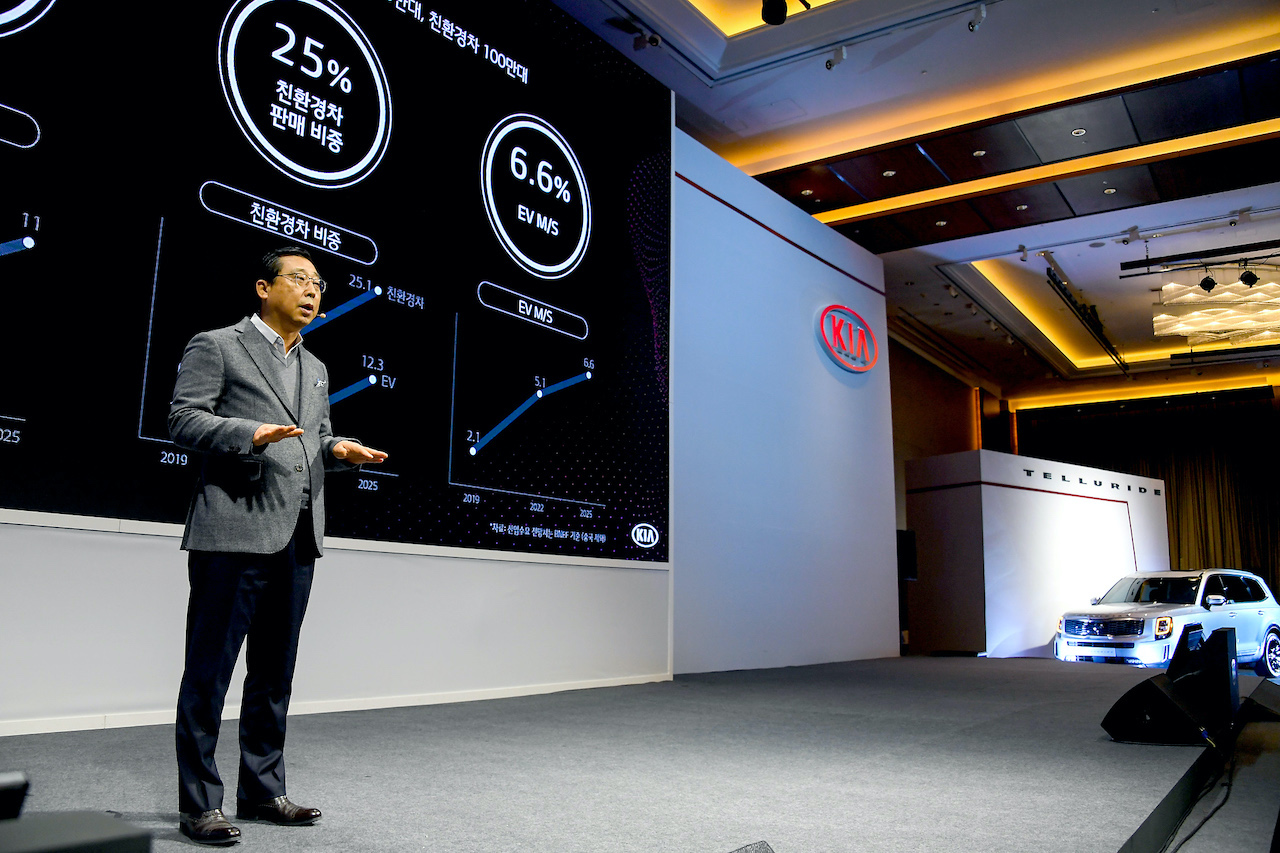