Kia has revealed more details of its new intelligent Manual Transmission (iMT), which has been designed for a range of the brand’s mild-hybrid electric vehicles (MHEVs).

The ‘clutch-by-wire’ system is engineered to boost fuel efficiency and reduce CO2 emissions, while retaining the driver engagement of a conventional manual transmission.

Instead of a mechanical linkage, the iMT’s clutch operates purely electronically, and is integrated seamlessly with a 48V MHEV powertrain.

The iMT works with the mild-hybrid starter generator (MHSG) to switch off the engine earlier than Kia’s Idle Stop & Go start-stop system when coasting to a halt.

This improves overall fuel efficiency and can reduce CO2 emissions by around three per cent in real-world driving conditions.

The chosen gear remains engaged even with the engine off. The engine restarts in the same gear as soon as the driver presses either the brake or accelerator pedals thanks to the burst of power provided by the MHSG. 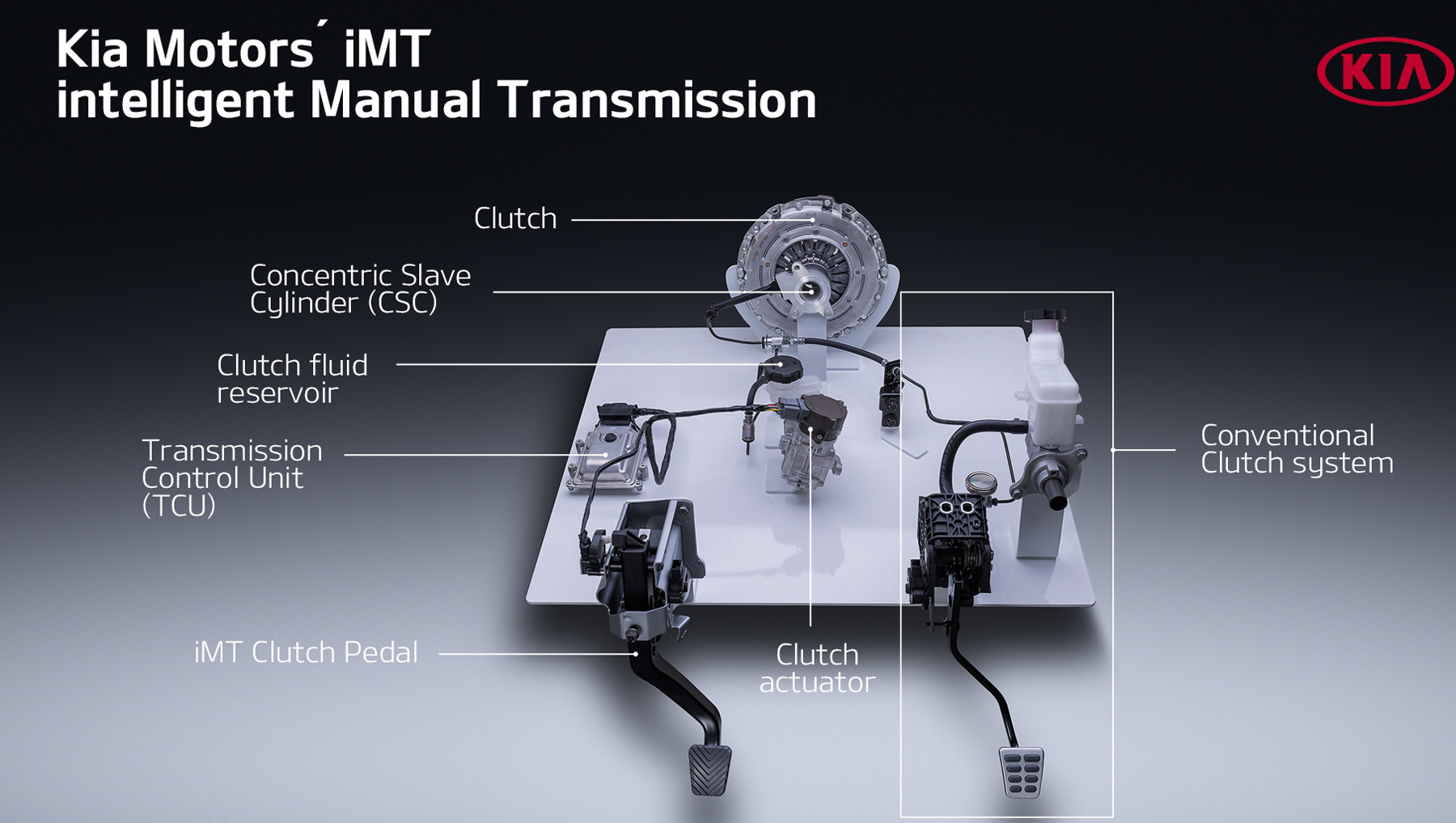 The transmission restarts the engine in neutral (with an open clutch) if the driver pushes the clutch pedal to change gear, or if the vehicle speed is too low for the current engaged gear.

Although the iMT introduces a new clutch-by-wire technology in place of a mechanical link between driver and transmission, it retains the same operation and driver engagement as a conventional manual.

The new system allows drivers to enjoy the uniquely engaging drive that comes from using a manual transmission.

The clutch pedal operates in the same manner as a conventional manual, with greater controllability due to the electromechanical control of the clutch and a ‘biting point’ that enables drivers to change gears smoothly.

The new transmission will be adopted across a number of future Kia models, with the brand set to introduce a range of new engines and MHEV powertrains later in 2020.