Closing out the 2017 Los Angeles Auto Show, Jaguar Land Rover surfboards hit the water for the first time in North America on the shores of El Porto Beach in Manhattan Beach, CA on December 1.

Created as part of the Jaguar Land Rover ‘Waste to Wave’ project, first debuting at Jaguar Land Rover Tech Fest in September, the boards are made from recycled polyurethane foam used as the structure in discarded vehicle design studio models.

The surfboards were shaped in partnership with SkunkWorks Surf Co, a surf company based in Northern Ireland with a focus on minimizing environmental impact.

Five custom boards were handmade for the Los Angeles Auto Show with colorful designs showcasing the Californian lifestyle, including the Hollywood sign, rock guitarist and a tie-dye pattern.

The boards feature carbon fibre rails from the nose and a carbon strip from the tail for additional strength while allowing flex to push through high-intensity maneuvers.

Plastic sent to landfill can take up to 500 years to decompose.

The Waste to Wave project is part of a wider ‘second life’ initiative by Jaguar Land Rover and supports the company’s longer-term zero waste strategy.

Polyurethane is used in the manufacturing process of life-size clay models which are modelled by hand at the very beginning of the car design process.

Now, Jaguar Land Rover is ensuring that plastic is recovered and sliced into blocks ready for a second life as surfboards or paddleboards. 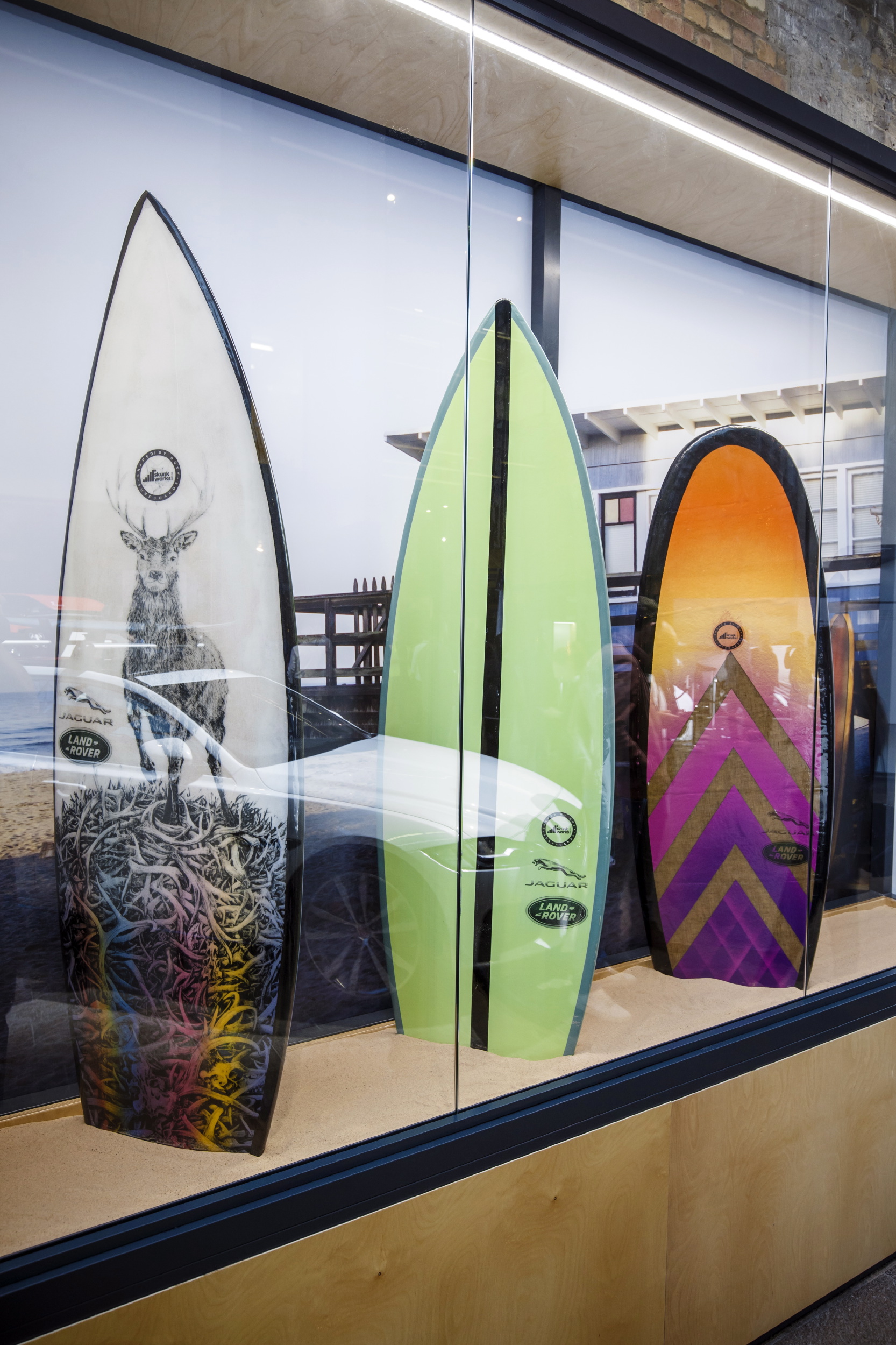