Jeep will have an EV with removable doors here by 2025.

Join the Conversation (0)
Jeep is getting ready to go electric in a big hurry. The plan is for four all-electric SUVs by 2025, with three of those sold in North America. As part of the announcement, Jeep showed us an EV meant for Europe that will arrive next year, an EV badged Wagoneer that has nothing to do with its siblings, and an EV that will almost (but not quite) replace the Wrangler. 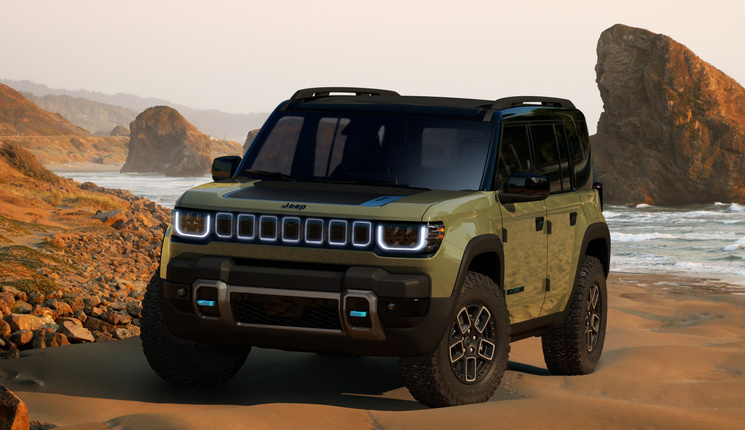 That last one is the one you want to know about, and it's called the Jeep Recon. It is designed purely as an EV, but it is meant for some of the same hard-core off-roading as the Wrangler.

It will have Jeep's Trail Rated badge including Selec-Terrain traction management, electronic locking differentials, underbody skid plates, and off-road tires. More importantly, the doors come off. Yes, it will be able to put you truly outside, the way Jeeps have been doing since day one.

As far as range, Jeep says it will offer enough power to cross the Rubicon Trail and then drive back to town for a charge. Production will start in 2024, with orders opening early next year. 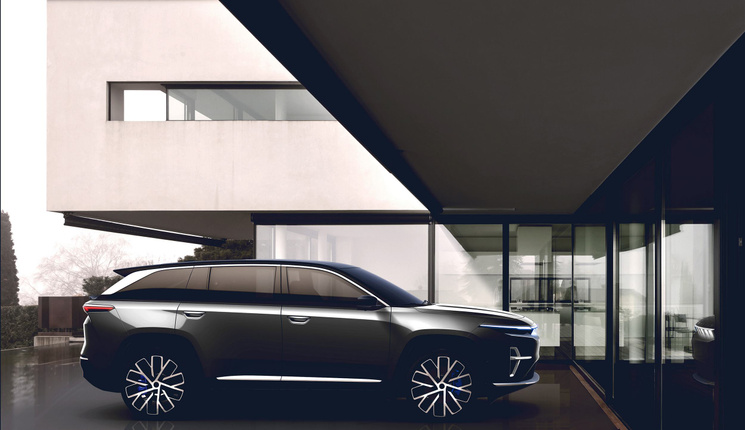 Wagoneer is the second model, sort of. It's called the Wagoneer S (for now), and while Jeep didn't give us dimensions, it's clearly much smaller than its three-row namesake. Based on a video presentation we saw with Stellantis design boss Ralph Gilles, it's closer to Grand Cherokee size, possibly a bit smaller.

The performance electric will be sold around the world, with Jeep targeting a battery range of around 650 km on a charge. IT will also have 600 hp, which they said should help rocket it to 100 km/h in 3.5 seconds. Quicker than a Trackhawk.

Wagoneer S shows off a new styling direction for Jeep. The seven-bar nose gets a huge tweak to help make it more aerodynamic and to make it look much more tech-forward. 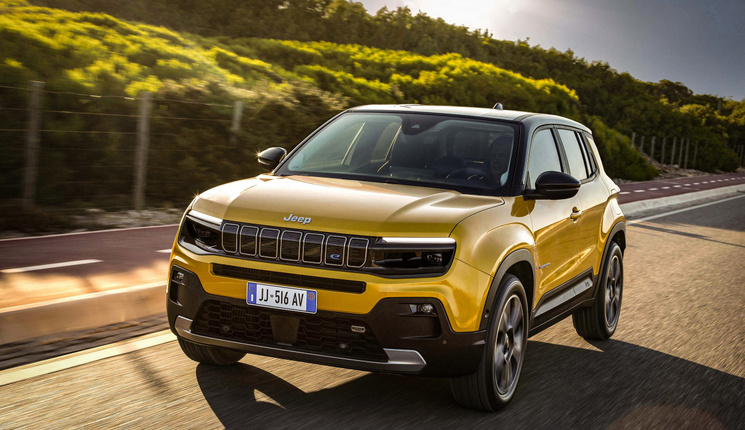 The last model revealed will be the first one on sale. Because the Jeep Avenger, its first EV, will be sold only in Europe. There, the company expects 100 percent electric sales by 2025, compared with half in North America.

Why won't this one be sold here? It's tiny. Smaller than a Renegade, Jeep said, making it too small for buyers here (the Renegade is already a much better sell in Europe than here).

Avenger has a targeted range of 400 km, and will be revealed in full at the Paris show next month. It hits dealers early next year.

PHEV Plans for All


Jeep's full-size Wagoneer models will soon get 4xe, Jeep's PHEV driveline. The plan for the brand is to add electrification to all of its portfolio of models by the end of 2025.

“Driven by the success of our electrified 4xe portfolio in North America and Europe, we are designing and developing the most capable and sustainable Jeep SUVs to date, on our path to becoming the leading zero-emission SUV brand in the world,” said Christian Meunier, Jeep brand CEO.

“This is a forward-thinking strategy to help ensure millions of Jeep fans around the world continue to have a planet to explore, embrace and protect. Electrification is great for our brand, making it even more capable, exciting, sustainable and fun."