What started out as a work vehicle has become one of the world’s best-known brands.

But Jeep, celebrating its 75th birthday this year, didn’t start out as a ‘brand.’ It was a set of specifications issued by the U.S. army in 1940 for an all-purpose workhorse vehicle.

Only two companies initially responded to the army’s request to supply this vehicle. Willys-Overland (‘Willys’ properly pronounced, so I’m told, as ‘will-iss,’ not ‘will-ees’) offered the Willys Quad, while American Bantam, the remnants of a U.S.-based subsidiary of the British Austin corporation, came up with the BRC (Bantam Reconnaissance Car).

Ford came to the party a bit later with its General Purpose ‘Pygmy.’ 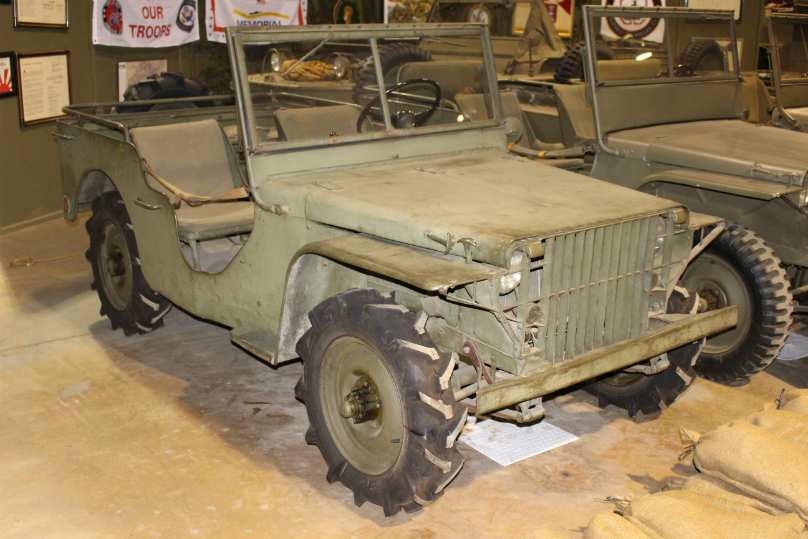 The American Bantam design came closest to meeting the specs, but concerns about the company’s ability to produce the required volume brought Willys-Overland and Ford into the manufacturing mix.

Production began in 1941, prior to the U.S.’s entry into the Second World War.

At some point, someone welded nine vertical bars to the front end to protect the radiator.

Ford found this a very expensive solution, and so created a stamped metal grille with nine vertical slots. This was subsequently changed to seven slots, and that remains a Jeep design icon to this day, as do motifs such as the squared-off and flared fenders and round headlights.

Various legends surround the origin of the name; the topic still launches arguments at Jeep bunfights.

Ford’s ‘General Purpose’ vehicle became ‘GP.’ Slurred together, the two letters sounded like the name of a character (‘Eugene Jeep’) in the then-popular Popeye comic strip.

Whatever, ‘Jeep’ it became, and ‘Jeep’ it has remained.

Often billed as the ‘vehicle that won the war,’ the original square-jawed, go-anywhere 4×4 performed a wide variety of military functions. 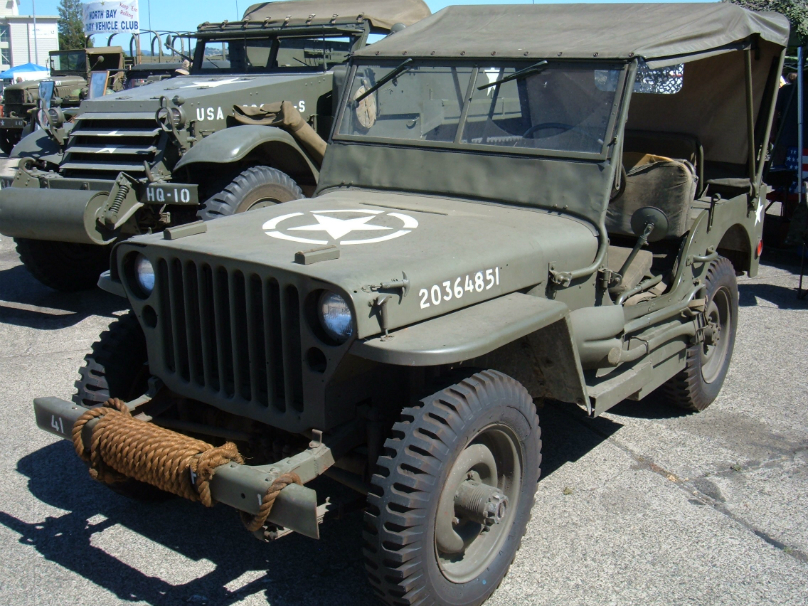 The Jeep brand can be said to have effectively invented the SUV market (I know, I know; it has a lot to answer for …).

The product line has broadened to include Wrangler (son of CJ), the smaller soft-roaders Renegade, Compass and Patriot, the mid-size Cherokee, and the luxurious Grand Cherokee.

Yet despite the luxurification of the models over the years, the so-called ‘Trail Rated’ versions of these vehicles still meet most of the military specs of the original, including grade-climbing ability, water-crossing depth, ground clearance, and the various ‘angles’ so worshipped by serious off-roaders: ‘approach’ angle — how steep a grade can you drive onto; ‘breakover’ angle — how steep a crest can you negotiate without getting high-centred; and ‘departure’ angle — essentially, approach the angle going away from the hill.

You may never test the abilities of these vehicles to the max; the point is, you could if you wanted to.

Jeep is celebrating its 75th anniversary with special editions of its product lines.

These all feature a fender badge showing the outline of the original ‘MB’ military Jeep, and are offered in various shades of olive-drab green, the iconic colour of the progenitor.

Jeep brought us to the nation’s capital to check these out, then to Calabogie Motorsports Park, which is also near some very tough off-road trails, maintained (in a very environmentally friendly fashion, I must say) by the Eastern Ontario Trail Blazers 4×4 Club.

Under its members’ guidance, we negotiated some trails and rocks that you really cannot believe a vehicle can manage — not even a Jeep.

At Calabogie, a few hot laps in the Grand Cherokee SRT (yeah, that thing does have a Hemi …) showed another aspect of the brand’s versatility — it actually handles on a race track far better than you’d expect from something this big, this tall and this heavy.

Even with full-time, four-wheel drive, you can hang the tail end out on corners, thanks to all that power.

I spent the majority of my time, though, in a Wrangler.

This vehicle has not always been loved by the Consumer Reports readers and J.D. Power analysts of this world.

But the Kelley Blue Book, which establishes resale values for lease calculations, has had Wrangler at or near the top of the ‘retained value’ charts for several years now.

Not having driven a Wrangler for a few years, the biggest surprise for me was how comfortable the ride was. Relatively speaking, of course, but it wasn’t the bone-shattering, rattling experience I had expected.

Still might not be the perfect commuter car, but neither need it be limited to rock-crawling, either. 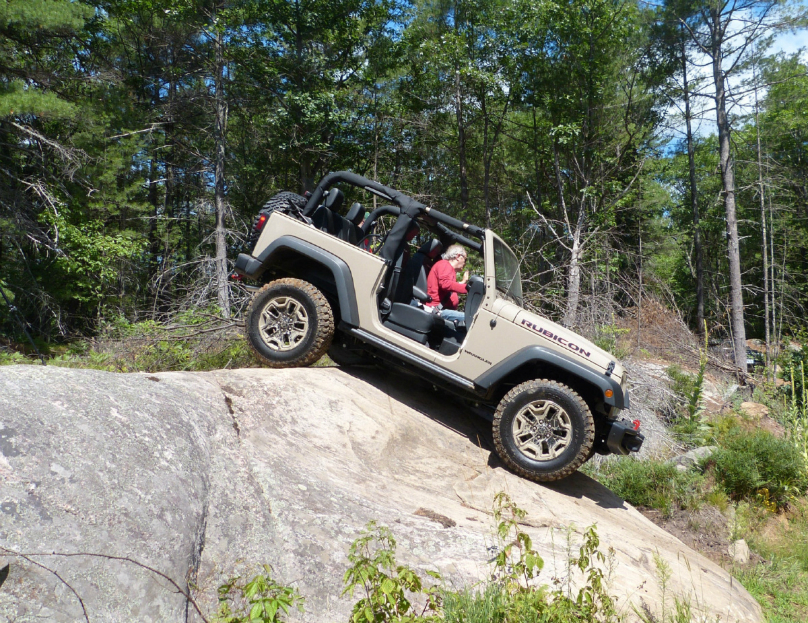 But by far, the most fun thing to drive was a 1944 ‘MB,’ brought in from a museum. While not a 100-point ‘trailer queen,’ it was in good enough shape that we could tool around the Calabogie parking lot, trying not to go off the reservation and tackle some of those rock-climbing trails, tempting as that was.

The huge steering wheel, made necessary to gain leverage for the non-assisted steering, made getting in and out something of a Cirque du Soleil audition.

The clutch pedal was firm and a bit sensitive, but I managed to launch without stalling (not all of my colleagues could say the same …).

But it was a rare and much-appreciated treat.

And a perfect way to establish and honour the lineage of this historic brand.

The 2021 Acura TLX Finally Gets the Power Upgrade