Every spring, the New York International Auto Show offers car companies another kick at the can for the new automotive year.

NEW YORK: Every spring, the New York International Auto Show offers car companies another kick at the can for the new automotive year.

It’s an opportunity to build a buzz going around a brand name with a final flurry of new products after the major North American reveals at shows in Los Angeles and Detroit.

And Japanese companies had plenty to offer.

Subaru may not rank among the top Japanese contenders but while others tweaked their lineups with variations on recent reveals, the six star brand took the stage with a world premiere of the 2017 Impreza lineup, one of the bread-and-butter mainstays of the brand.

The 2017 Impreza compact lineup builds on a new global platform that will form the basis for almost all future products. 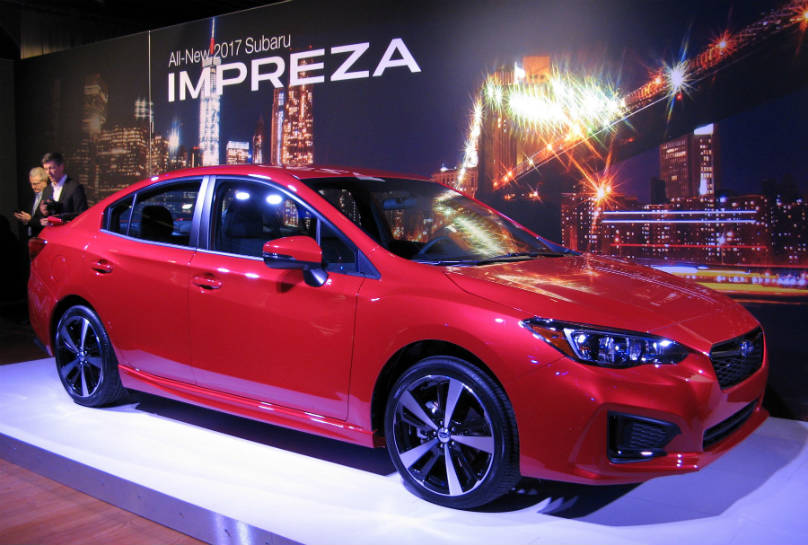 The new cars are longer, lower and wider, add direct injection along with other new technologies and will be built exclusively in America for Canada and the US after a $500 million investment in Soob’s Lafayette, Indiana assembly plant. Look for the new Impreza, in four-door sedan and five-door hatchback to come to Canada later this year. And stay tuned for how Impreza improvements affect future derivatives like the WRX, STI and Crosstrek.

The world’s largest car company played to its strengths at the New York show, building on the success of a recent Prius revision by offering a further technologically-advanced evolution of their popular hybrid with the 2017 Prius Prime PHEV. 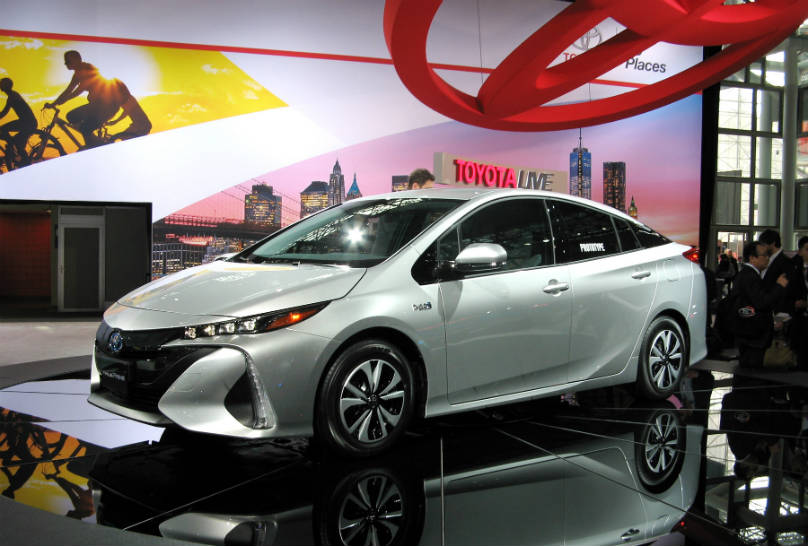 Toyota also showed a refreshed 2017 Highlander lineup, a pimped 50th anniversary Corolla, an FR-S rebadged as the Toyota 86 as Scion circles down the bowl, and the CH-R subcompact crossover that debuted in Geneva.

Nissan started off with the halo car of the lineup, the GT-R or “Godzilla” as its known to die-hard fans.

The 2017 GT-R bumps power up to 565 hp (+20 hp), touches up the exterior with the new familial V-Motion grille and revises the interior with new seats, new Nappa leather surfaces, new instrumentation (switches reduced from 27 to 11) and with new nav and infotainment techs. Some of the master craftsman who hand-build the engines were on the show floor demonstrating the art of their craft. 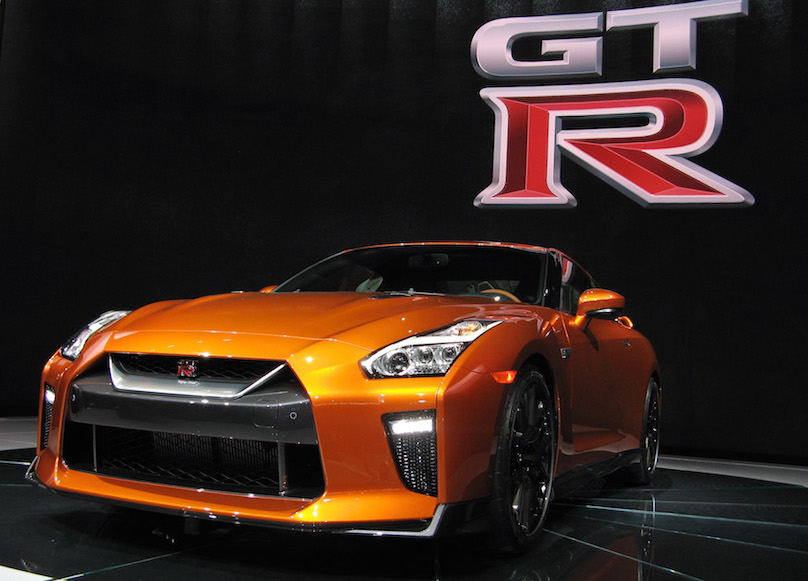 Honda kept a low profile at the 2016 NYIAS, showing a Civic Hatchback concept with Euro styling, probably the sportiest Civic ever. 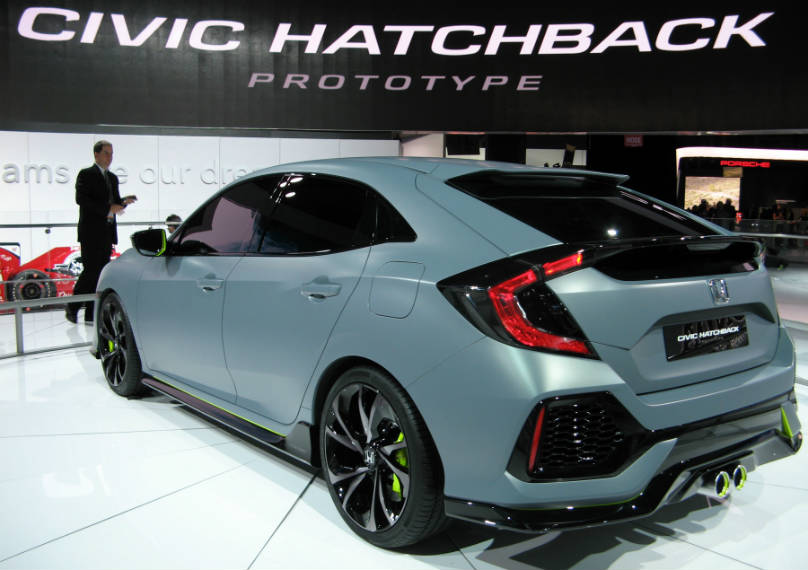 The company confirmed also that it will be mating the latest 1.5-litre turbo engines to new six-speed manual transmissions. And Honda also hinted at some Si and Type R news yet to come.

They also showed a redesigned and refreshed 2017 MDX with a 35 hp bump up in power, an expected improvement in fuel economy and wearing a new diamond pentagon grille, taking its styling cue from the Detroit Show’s audacious Acura Precision Concept.

You could hardly blame the Mazda crew for looking a little smug after accepting the rare double accolades of World Car Design of the Year and 2016 World Car of the Year.

But they still managed to push the Miata envelope even further with the global debut of the MX-5 RF (retractable fastback), a retractable hardtop model that blends the best of both worlds with coupe-like fastback styling and weather impermeability, combined with the fun of the open-air convertible experience. 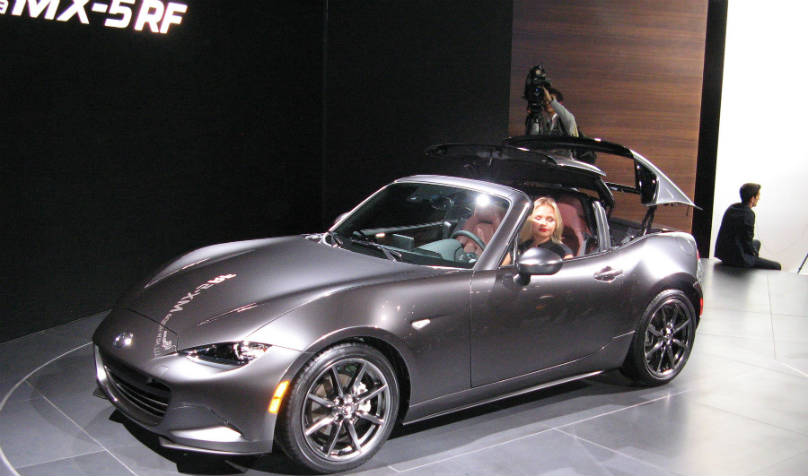 Mitsubishi may have been relegated to about as far back on the show floor as you can get but they still managed to unveil two vehicles – the all-new 2017 Mitsubishi Outlander Plug-In Hybrid Electric Vehicle (PHEV) and the 2017 Mirage G4. 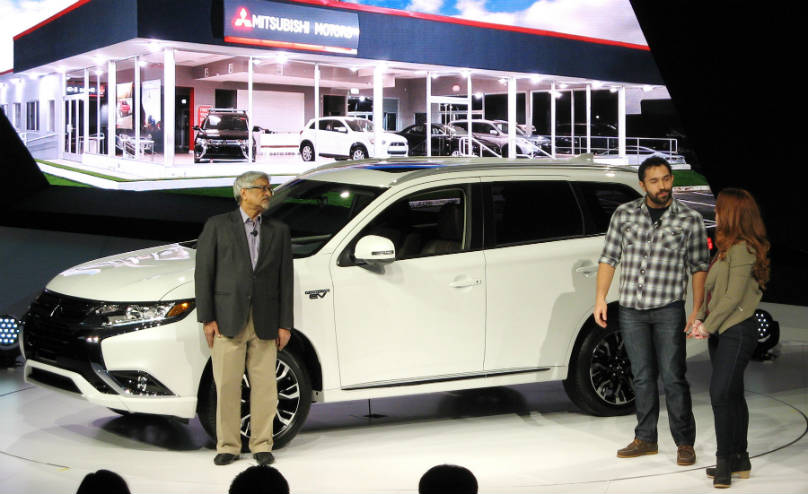 Expect the PHEV at dealers this fall following the Mirage G4 that promises roomier subcompact accommodation and a new full suite of leading edge technologies unexpected in this econo class.