New models and concepts from Japan at the 2016 NAIAS

The 2016 NAIAS kicked off early Monday with the 2016 North American Car and Truck of the Year awards. You might think it would be skewed towards the Detroit Three, but it was nothing of the sort

DETROIT, MI: After putting up with the standard Pearson treatment (long lineups, surly service), it’s a bummer to hear your flight has been cancelled, virtually at the same time you’re expecting to board.

But foul weather in Motor City meant that nothing was taking off or landing at Detroit Metro Airport, so it was up to our small group of Canadian journalists – and Nissan management – to find an alternative.

Wouldn’t want to miss the fun at the 2016 Detroit Auto Show.

It was reminiscent of Planes, Trains and Automobiles, with a group from Montreal flying to T.O. and then driving, and others cabbing it from Billy Bishop Airport to Oakville to hitch a ride.

Luckily, our Pearson crew included Nissan Canada’s Didier Marsaud, who lived nearby and offered his Infiniti QX60 crossover for the journey that was whipped by blowing snow and icy conditions that got progressively worse as we headed west.

But it was the automobile that eventually got all of us safely there, which was apt for an event that celebrates all things automotive.

The 2016 NAIAS kicked off early Monday with the 2016 North American Car and Truck of the Year awards.

You might think it would be skewed towards the Detroit Three, but it was nothing of the sort with Honda Pilot, Nissan Titan and Volvo XC 90 as finalists for the truck award, and Mazda MX-5, Honda Civic and Chevy Malibu for the car.

Indeed, four of six were from Japanese automakers, which as a group, had some interesting debuts at this year’s event.

The cutting-edge Acura Precision Concept is not a flight of fancy, the company claims, but points to a “bolder, more distinctive future” for Acura vehicle design.

The heavily sculpted vehicle, which rolls on massive 22-inch alloys, is long, low and wide, and it showcases Acura’s new Diamond Pentagon grille. 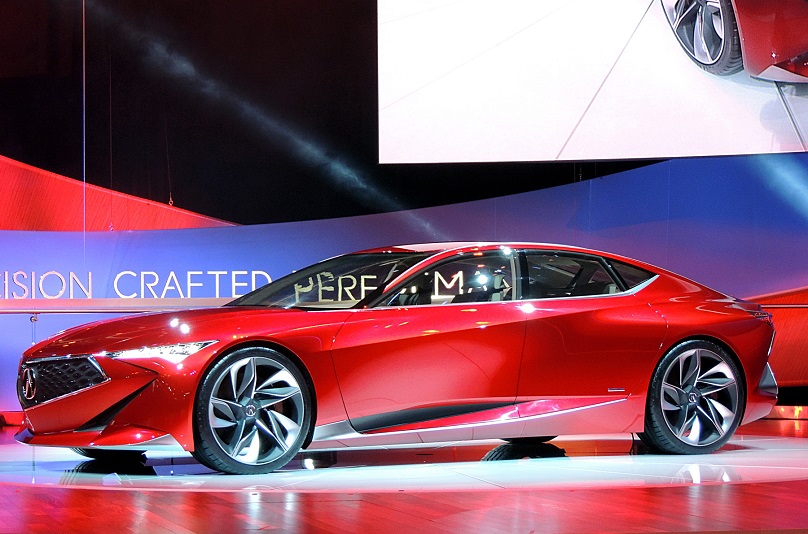 While some automakers champion traditional body-on-frame construction, Honda claims its lightweight, rigid unibody is better – at least for mid-sized pickups.

Which is a segment where their all-new Ridgeline claims to have an edge on the competition in terms of passenger space, driving dynamics, and in the back where a wider bed can haul sheets of drywall between the wheelwells.

The Ridgeline will be available for the first time in both front- and AWD, and is powered by a 3.5-litre, direct-injected i-VTEC V6 that claims best-in-class acceleration.

Payload isn’t confirmed, but is expected to approach 1,600 lbs. 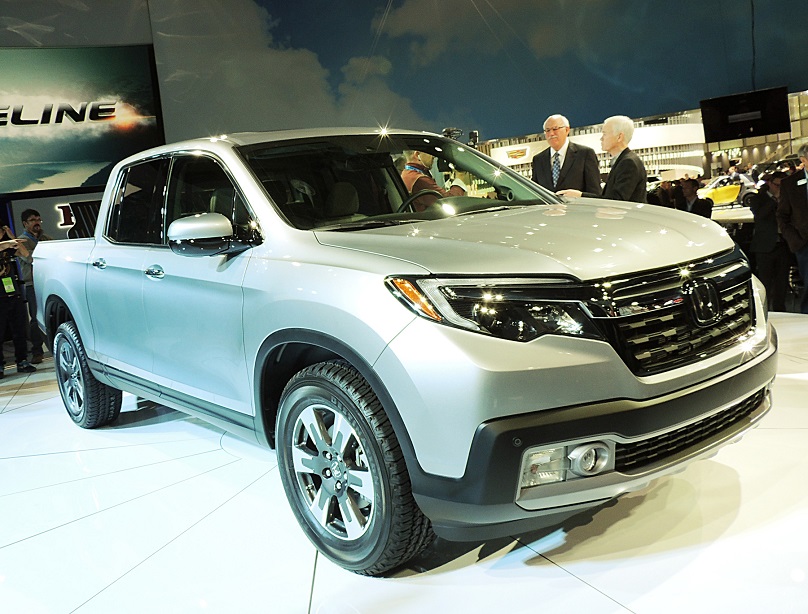 Nissan Design America took its finalist for North American Truck of the Year and made it even more badass.

The Titan XD has gained three inches in height to accommodate four 37-inch high offroad tires, six inches in width to house its long-travel suspension, and was fitted with a pile of exterior, interior and offroad mods to become the Titan Warrior Concept.

It’s 20 feet long, nearly seven feet at the roof, and over seven feet wide – so the vehicle makes a statement. As do its flared fenders, functional hood vents, menacing front grille and headlight treatment.

Power comes from the same Cummins 5.0-litre V8 turbo diesel that powers the conventional XD: 310 hp and 555 lb/ft of torque. 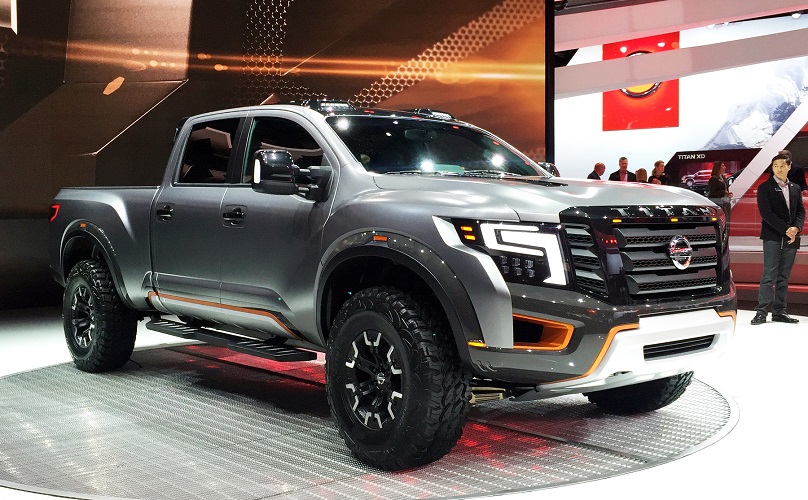 The third-generation Q60 Coupe receives not only a makeover inside and out, but also a big boost in available power.

The new exterior includes Infiniti’s signature design cues – like the double-arch grille and crescent-shaped C-pillars – along with LED headlights that resemble a human eyelid, and more aggressive grille.

The Canadian market will get AWD models starting late summer. 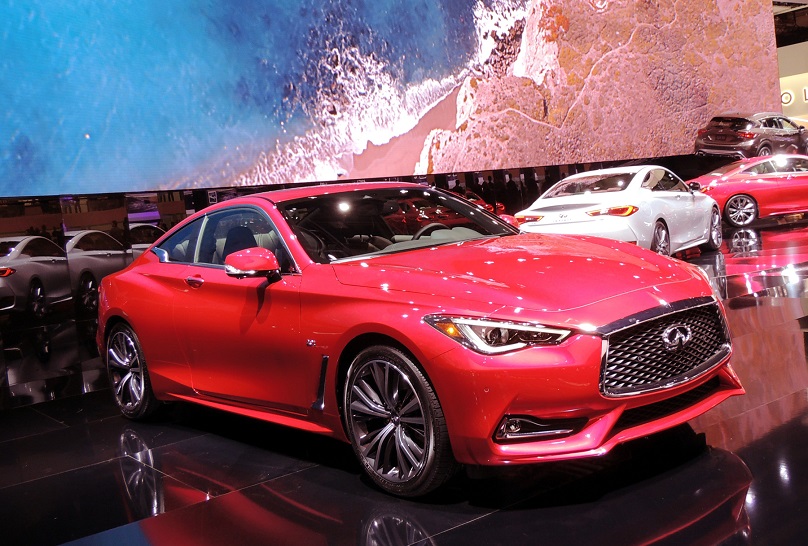 Scion’s C-HR concept appeared in Detroit for the first time since its global debut in November. It’s a design targeting young urban creatives, with a production version expected to be shown later in 2016. 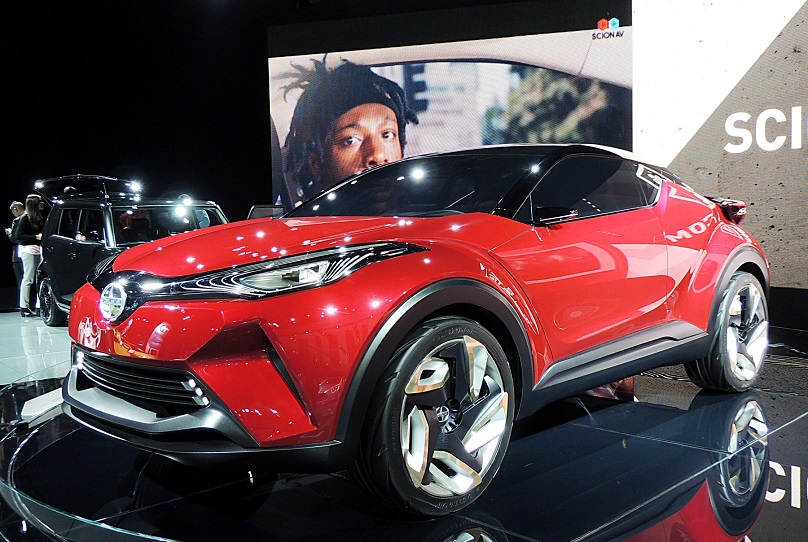 Fuel cell vehicles are truly a clean power source, and the Toyota Mirai uses hydrogen and oxygen to produce electricity for its electric motor. This four-door, mid-size sedan emits only water vapour. 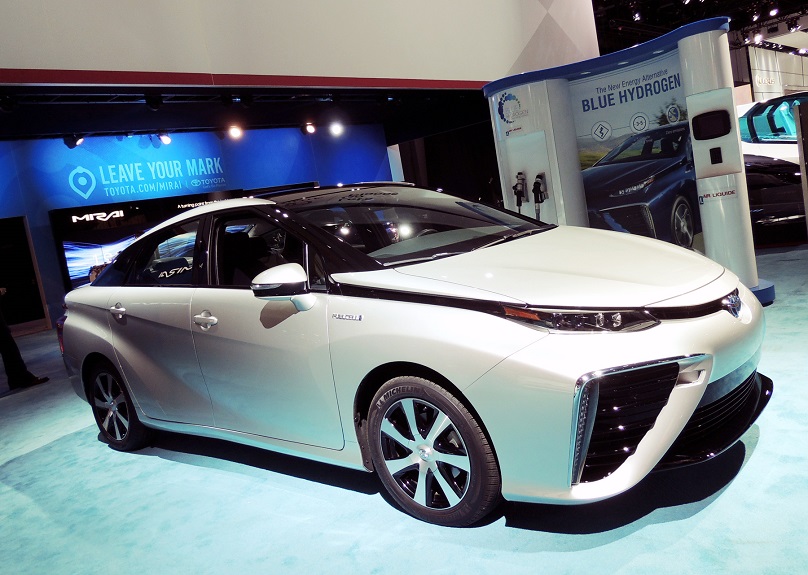 The LF-LC Concept was a head-turner when it debuted at the 2012 NAIAS, but we journos always questioned their intent to build anything like it.

After all, Lexus has always played it safe.

The global debut of the 2017 LC 500 put any doubts to rest, as chief branding officer Akio Toyoda presented the most dramatic Lexus to date, other than perhaps the LFA supercar.

The vehicle is based on an all-new rear-drive platform and is powered by the 5.0-litre V8 found in the RC F. It delivers 467 hp and 389 lb/ft of torque, along with a killer exhaust note.