Since 1983 when Chrysler Canada began building minivans, more than 10 million of them have been turned out of the plant.

WINDSOR, ON: If there can be such a thing as an iconic production facility in the automotive world, Fiat Chrysler Automobiles (FCA) Windsor Assembly Plant would be one of them.

It may not have the cachet of the Maranello, Italy, plant where Ferraris and some Maseratis are built, but the FCA Windsor facility certainly is a volume producer.

Since 1983 when Chrysler Canada began building minivans, more than 10 million of them have been turned out of the plant.

That’s quite an accomplishment for a manufacturing plant that began operation in 1928 and over the years has produced Dodge, Plymouth, DeSoto and Chrysler products of all shapes and sizes. The Volkswagen Routan, a rebadged Chrysler minivan was also produced there for a short period of time.

Today, the focus is on Pacifica and Grand Caravan minivans after a $2 billion retooling project in the 4.4 million sq. ft. facility back in 2015.

More than 6,000 people are now employed at the assembly plant, which operates three shifts and runs 24 hours a day. 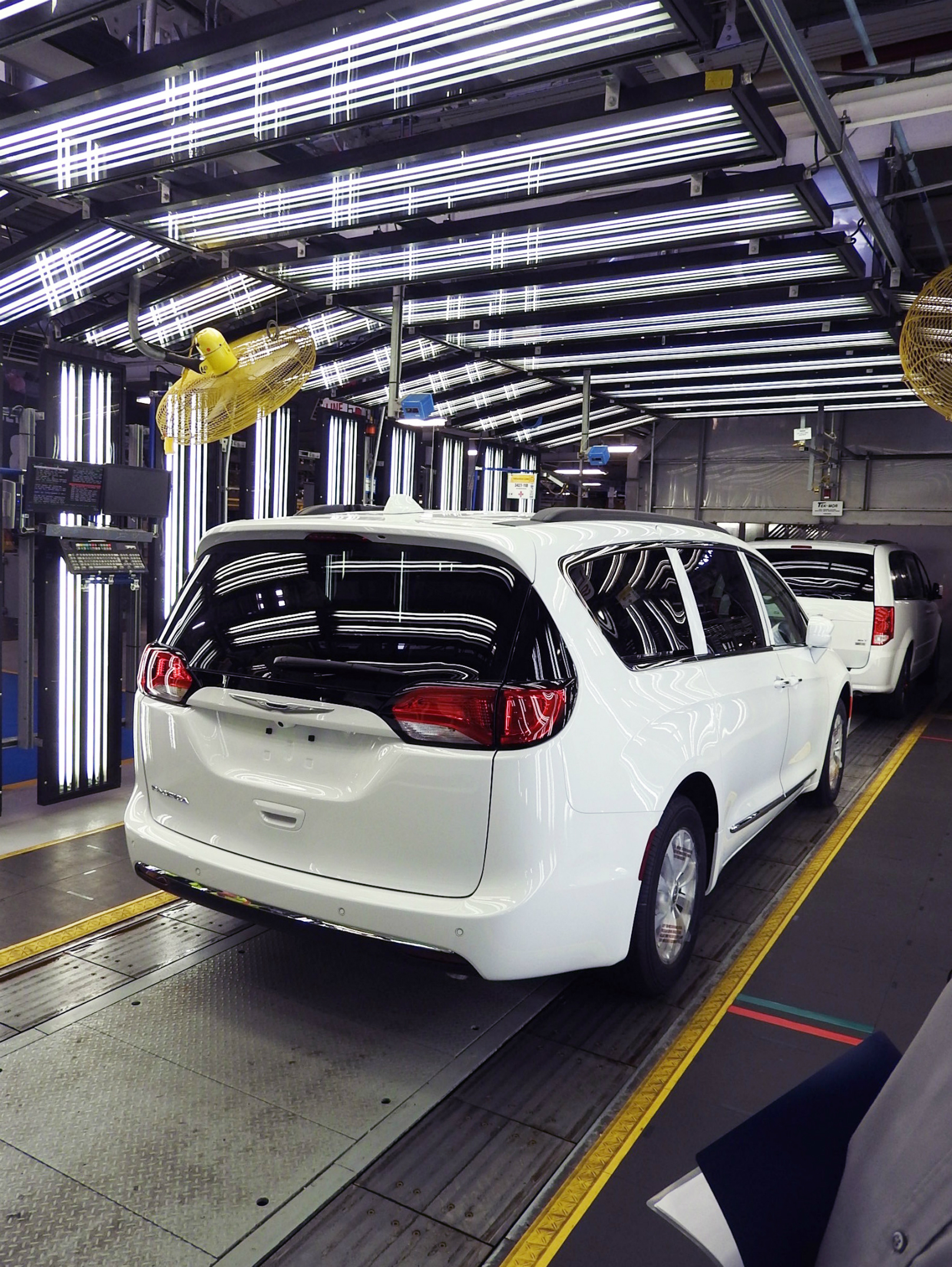 Despite its age, the Windsor plant is as modern as they come in the automotive world with no fewer than 1,133 robots helping the 2,500 workers in general assembly.

It takes just over 26 hours to produce one of the minivans, with 861 trucks a day coming and going from the plant for just-in-time delivery of parts and supplies.

During a tour of the plant this summer, we had a chance to get an up-close and personal look at how the minivans are produced, even the Pacifica plug-in hybrid, the industry’s first electrified minivan that began production on Dec. 1, 2016.

“There’s nothing else like it in the industry,” said Mike Szymkiewicz, senior manager of product strategy and volume planning for FCA.

While many manufacturers have abandoned the minivan, FCA has chosen to go all in and enjoys nearly a near 70 per cent market share in the segment here in Canada.

While numbers have dropped off and minivans are now the seventh biggest segment, more than 75,000 of them are still sold in this country.

Also Read: Made in Canada- 150 Years of Canadian Auto Manufacturing

As well, the Pacifica and Grand Caravan have ranked one-two in JD Power Initial Quality Surveys.

For anyone who has never toured an auto assembly plant, the technology and synchronized manner of production is amazing.

Far from a dark, dingy factory as one would expect, the Windsor Assembly Plant is bright and colourful with an all-round pleasant atmosphere.

During the manufacturing process, the vehicle starts to take shape in in the body shop, moving along to paint and trim and chassis and then final inspection.

In all it takes slightly more than one day to assemble each vehicle— each workstation is designed to take no more than 42 seconds before the next car comes along. 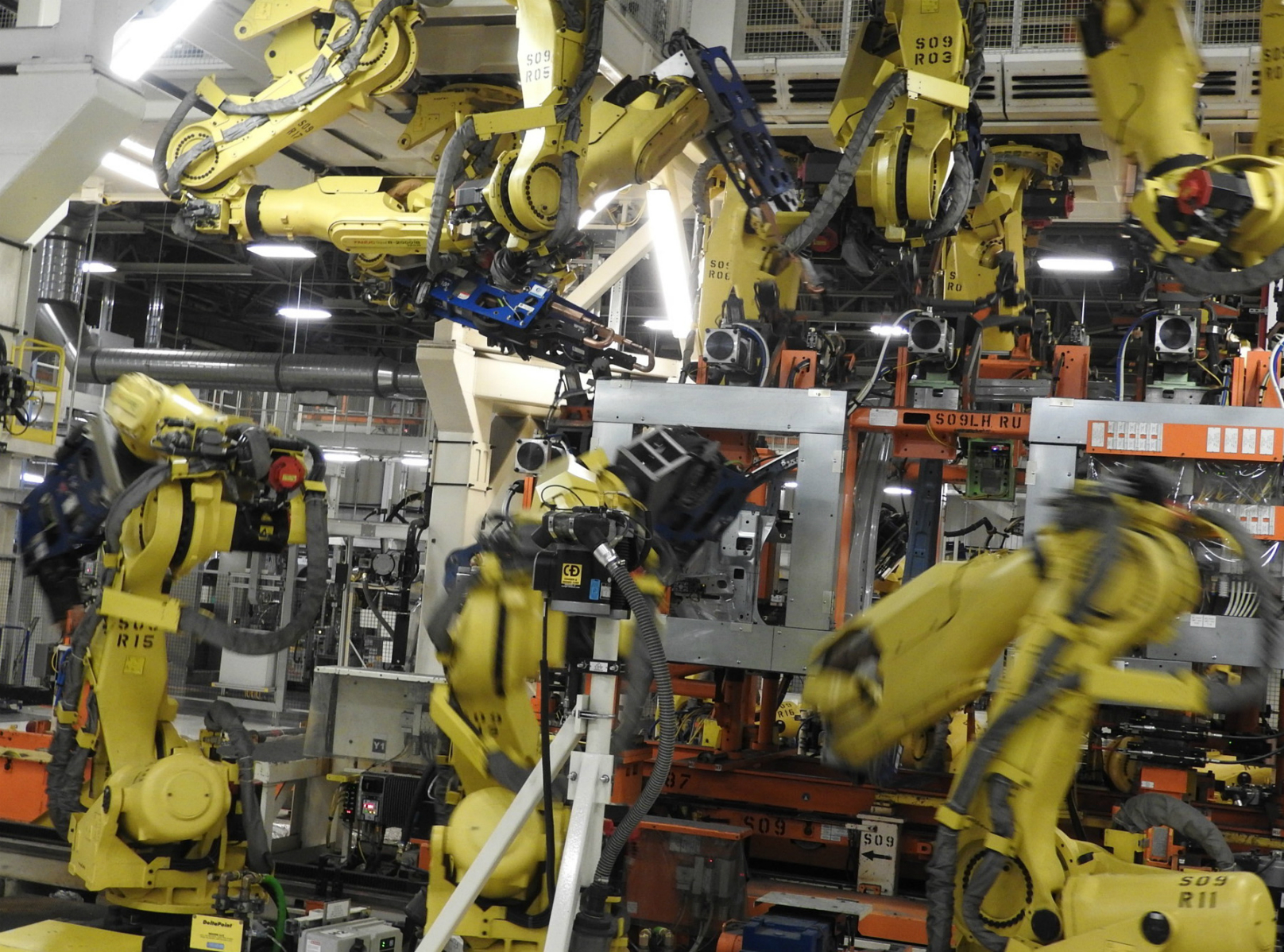 The Pacifica Hybrid, however, required the addition of several stations on the line to accommodate the unique features of the vehicle.

For example, due to the weight of the battery and the super module, which are actually the brains of the engine, ergonomic arms were installed to help the operators with lifting and installing the components.

As well, the hybrid engine has more plumbing components than a gasoline engine so modifications were needed in the fluid area to include more hook-ups and more equipment to complete the operation in the same amount of time.

The manufacturing process is an amazing one to watch and even though the Windsor plant dates back nearly 90 years, the scene there today is as modern as it gets. 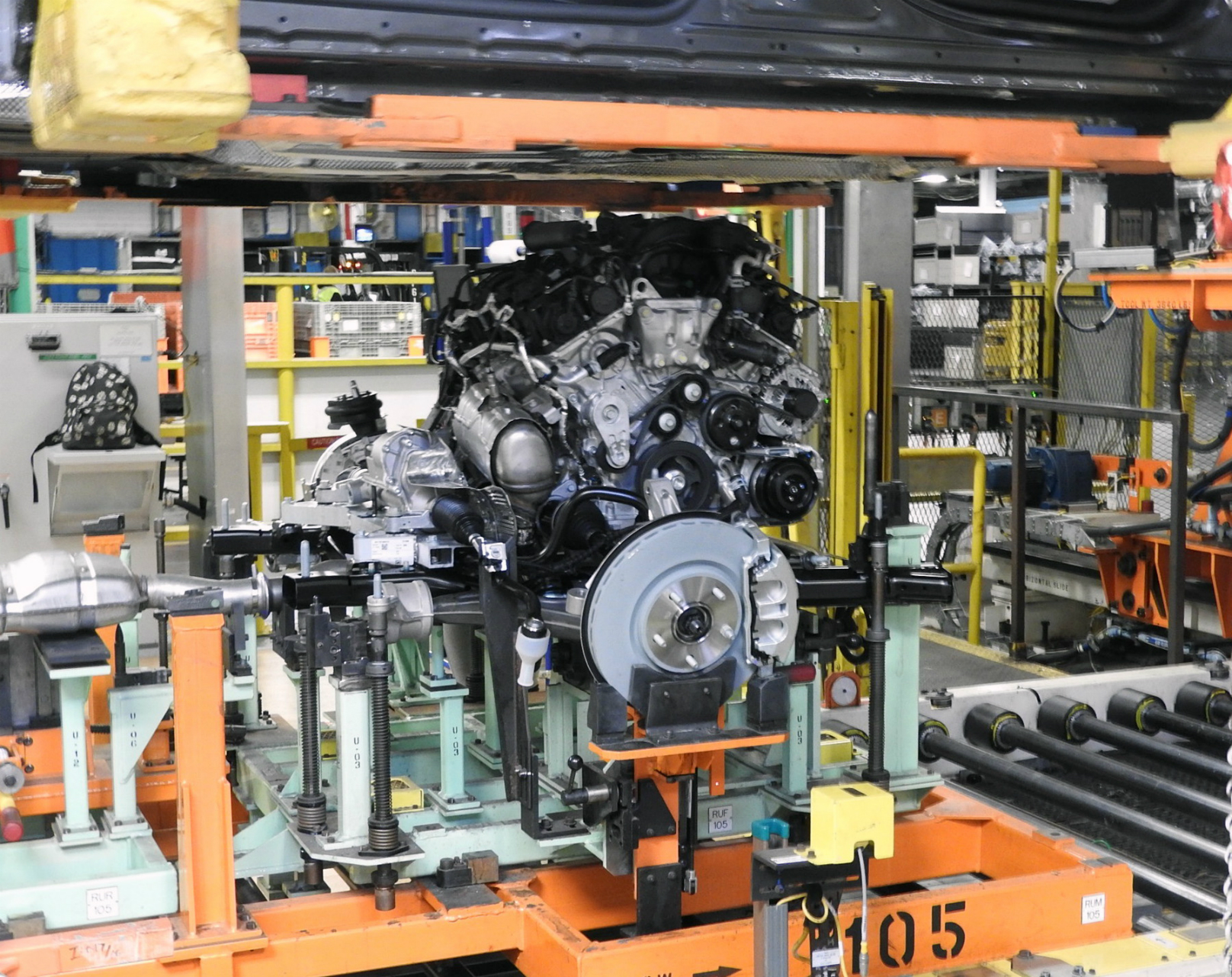