It's a Flying Car, What More Do You Need?

The flying car has been part of science fiction and fantasy probably even before the regular car.

That flying car you’ve been waiting for all these years? Here’s your chance to buy one that’s actually both roadworthy and certified by the FAA, meaning that you can live out your Jetsons or Man with the Golden Gun fantasies when this Taylor Aerocar comes up for auction early next year.

The flying car has been part of science fiction and fantasy probably even before the regular car, with many people taking a shot at the automobile that can be converted into an airplane. But very few have been successful at the task, and they definitely didn’t look like what you were expecting to get.

The Aerocar International Aerocar, also known as the Taylor Aerocar, was built by aeronautical engineer Moulton Taylor. Taylor spent much of the Second World War working on a missile program for the US Navy, and after that, he would work on this: What some call the closest we’ve gotten to a mass-produced flying car.

Taylor’s development got civil aviation certification in 1956, and he had a deal to mass-produce the car, with one caveat. He needed 500 orders before they’d start. He was only able to get around half that number, so the deal fell through. However, five were produced and sold. 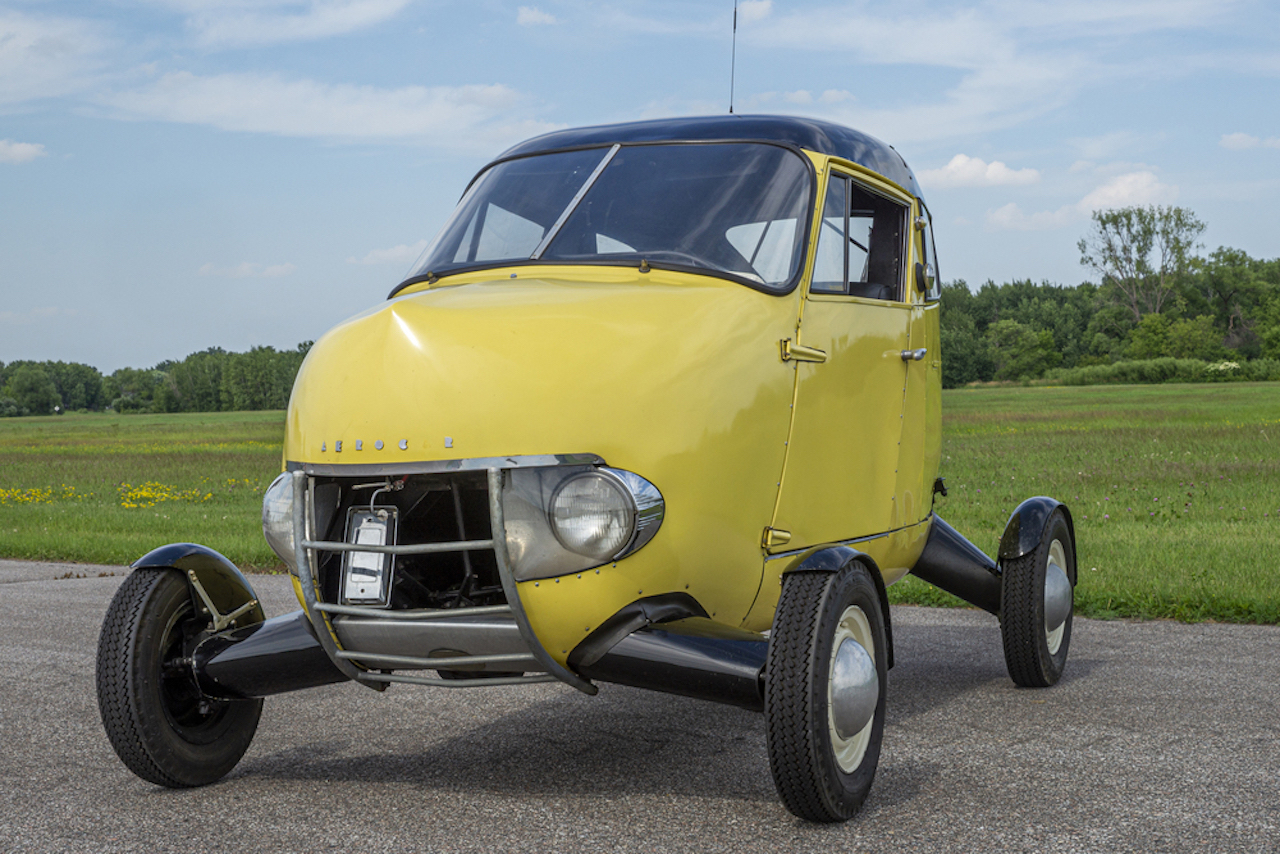 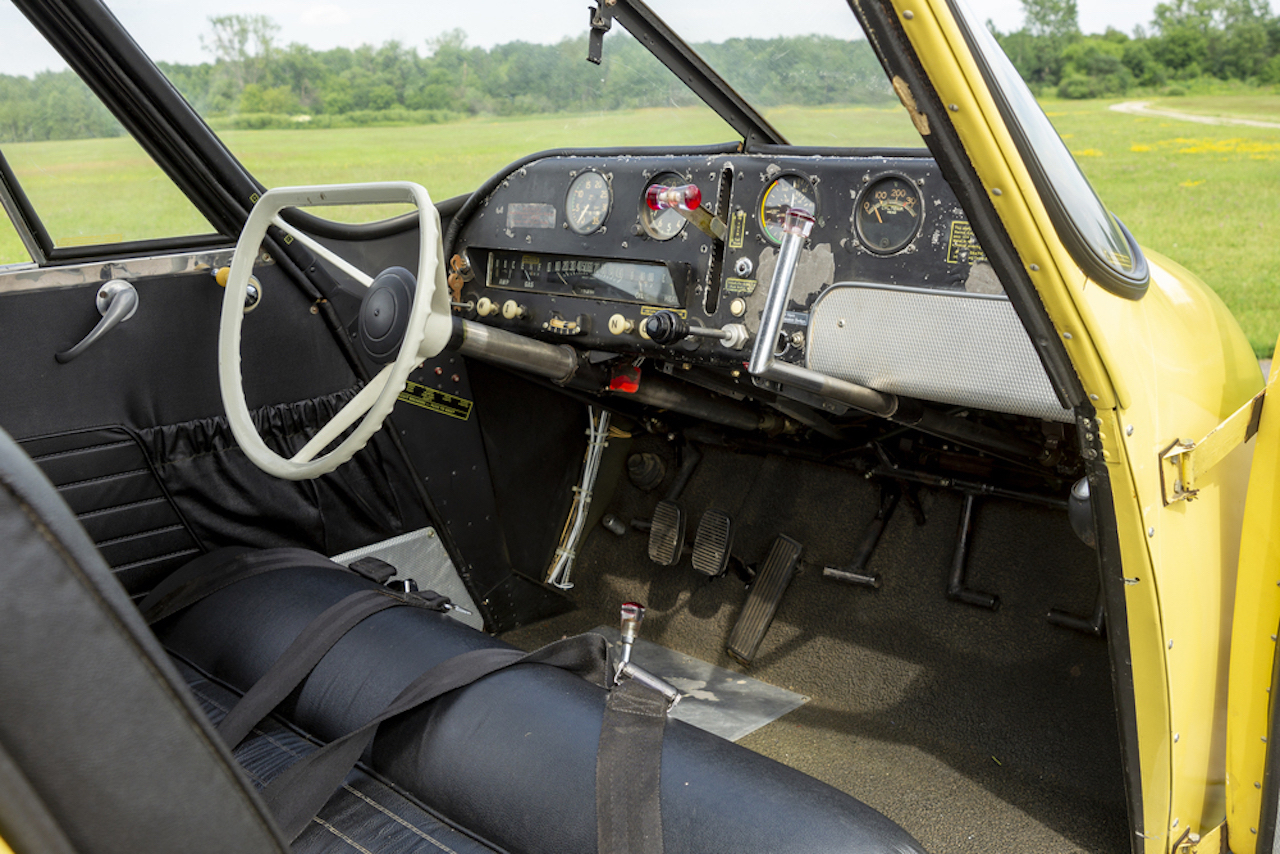 This is one of those five, and it’s definitely an interesting looking vehicle. The wings and tail fold up but then are transported behind the car, as sort of a self-contained trailer. That’s about the easiest way to make wings that will work, since collapsable wings would likely, well, collapse.

The Aerocar is powered by a 5.2L Lycoming aircraft engine. The flat-four puts out 150 hp, making it pretty powerful by the standards of cars at the time. A three-speed manual sends power to the road. For the air, a two-blade Hartzell propeller is attached to give it propulsion for flight.

The trailer looks massive, but that’s because this is a small car. The ad says it’s only eight feet long, and you can convert the car between modes in about half an hour. Once airborne, the Aerocar can cruise for 500 km at a cruising speed of 160 km/h. This Aerocar has 15,254 miles on the odometer as well as 781 hours of flight. If this is your flight of fancy, it’ll be at the Barrett-Jackson Scottsdale auction in January. 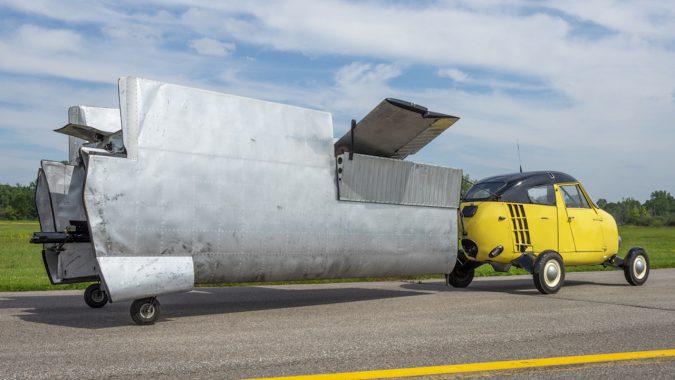 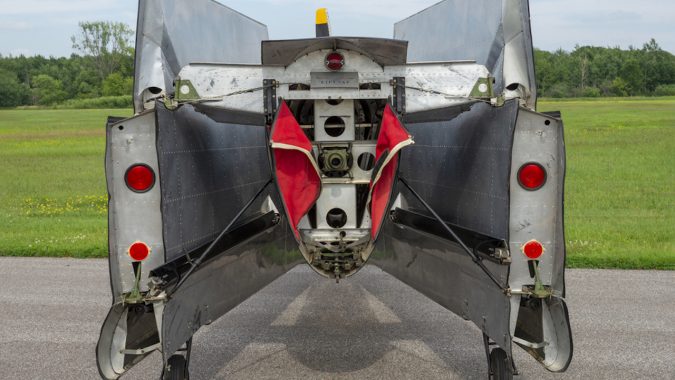 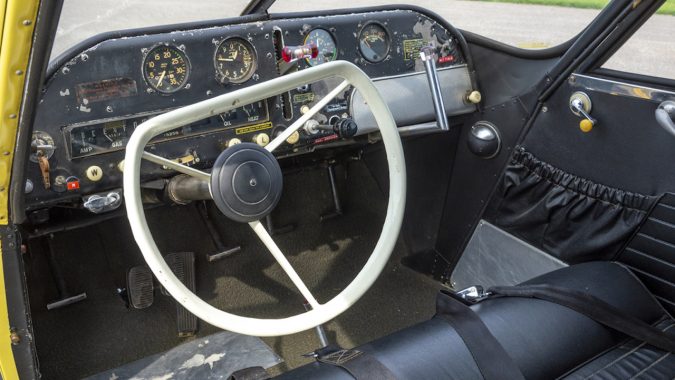 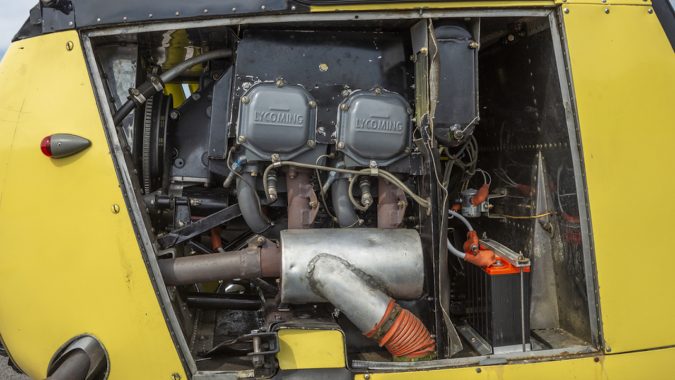 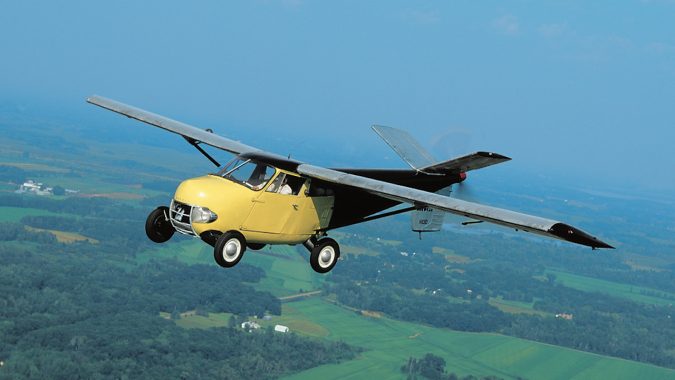