Join the Conversation (0)
For years, when the Grand Prix came to Canada, then-sponsor Hugo Boss would arrange to have one of the McLaren drivers stop off in Toronto to meet the press and shake hands with fans before going on to Montreal.

Jenson Button, Kimi Raikkonen and Heikki Kovalainen were three who came to town and they were all charming, particularly Kovalainen, who laughed and laughed while going to great lengths to explain why his fellow Finns always looked stoic.

Infiniti, several years ago, brought Sebastian Vettel and David Coulthard to Canadian Tire Motorsport Park in advance of the Grand Prix to talk about the race and to take some reporters for rides around the historic circuit. I got Vettel, and he gave me the ride of my life for two laps in an Infiniti Q50. While Coulthard was all business — he looked bored, to be honest — Vettel (not exactly a Chatty Cathy) did ask some questions, like when did what was then Mosport last hold an F1 Grand Prix (1977) and who won the first one in 1967 (Jack Brabham).

This week, on Tuesday, Alfa Romeo rookie F1 driver Antonio Giovinazzi flew into Toronto to be special guest at a luncheon held as a fundraiser by the Villa Charities Foundation, whose mission is to celebrate and promote Italian heritage, culture and family values. A charming 25-year-old, he endured questions like whether he has a girlfriend (he does) and whether she was afraid while he raced (she is, as is his mother — “But it’s my job and they understand”).

Giovinazzi was the 2015 FIA Formula 3 European Championship runner-up, and then finished second in 2016 in the GP2 Series with five wins and eight overall podiums. He was selected by Ferrari to be its reserve driver for the 2017 season, and started two F1 races for Sauber that season as injury replacement for Pascal Wehrlein. He finally made it to F1 full time this year, driving for Alfa Romeo as teammate to Raikkonen.

This he sees as an advantage, seeing as he’s never raced on the Montreal track before. “Kimi has been coming here (to Canada) for 19 years, and I talk to him about the circuit.” Giovinazzi said. “He has the most experience. For me, he can be a really good reference. Plus, he’s a good teacher. Watching what he’s doing can help me faster than (watching) other drivers.” 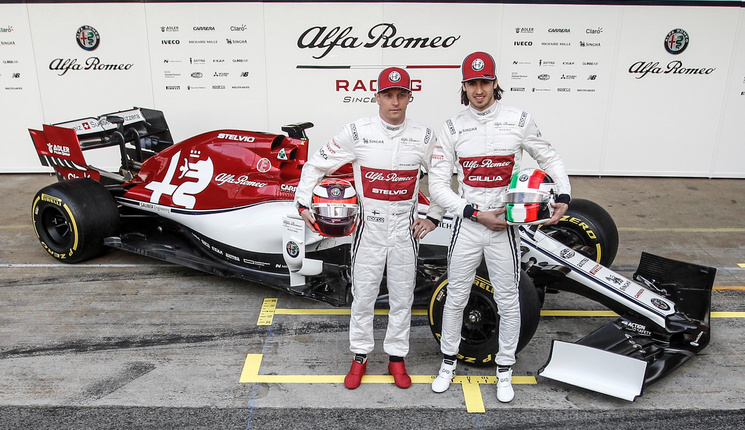 In preparation for Montreal, he drove more than 300 laps on a simulator (a sophisticated video game than can be so precise the “driver” can feel when the car passes over a pebble). “We can’t test,” he said. “When we go to a new track, we cannot go there (in advance), so I did about 110 laps a day on the simulator. Three days in all. Of course, it’s not the same, but it’s good to know where to brake and where to turn in and that. The (Montreal) circuit is really tight, but I think we can go fast.”

He had these other observations:

“Formula One race driving is very complicated now. Before, the driver would just sit down in the car and drive it. Now we have the radio and so many changes on the steering wheel during the race and the qualifying. Young drivers today, we grew up with these things; maybe older drivers don’t adapt as quickly. In the past, maybe it was more fun to drive the cars because there was less control — less things to do — and maybe now it’s too much.

“You are going over a hundred miles an hour. Before the season, they give us a manual with the steering wheel. There are 25 buttons (on the wheel) to move things around, to change things, so I have to learn it, because if they tell me on the radio you have to change this, I can’t go hunting for the button, I have to know where it is and what it does. We are going too fast to be looking at the steering wheel. We study a lot before the season.”

And the big attraction? “Speed. Finding the limit.”

He also said one of his biggest thrills was signing to race in Formula One against the best drivers in the world. “We are only 20.”

The Grand Prix du Canada will take place in Montreal on Sunday. TSN will carry all the action.