Is This the Future of Transportation?

Join the Conversation (0)
TOKYO, JAPAN—Toyota is getting out of the car business.

That was by far the biggest news coming out of the Tokyo Motor Show, which is on as you read this.

I confess, I’m not entirely certain of the difference.

At Tokyo, the company launched the concept of “Mobility for All” by having an auto show display that contained exactly zero cars.

Nope, not even an SUV.

The idea apparently is that the century-plus-old model of one person buying a car and driving it wherever (s)he wants no longer applies.

This despite the fact around 100 million people around the world do just that every year.

And as more countries become modernized and motorized, that number is bound to increase.

Toyota’s stand instead featured the “e-Palette,” an automated, driverless battery-powered electric bus, which glided through their display.

e-Palette will be used to transport people around the Tokyo Olympic/Paralympic site next year. 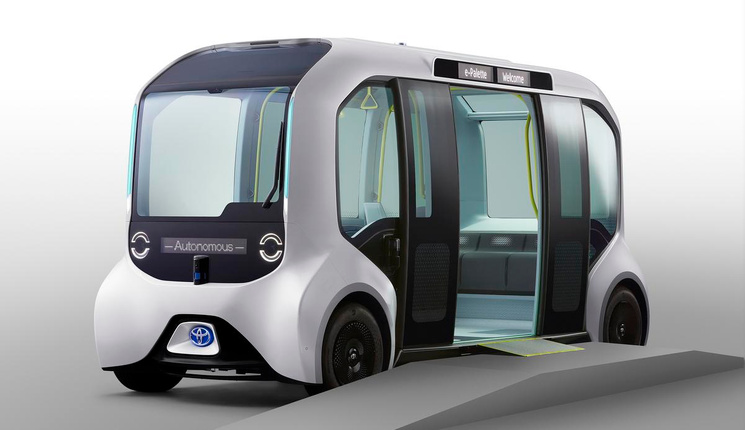 Whether it will have any ongoing application remains to be seen. I am still not sure who would own this if it did come into production. Would it be a municipal bus line? Would they be operated like big Ubers?

I guess we will have to wait and see.

Conspicuous by its absence during the presentation of this bus was any mention of Mazda’s involvement in the project. Mazda, of which Toyota owns a small stake, will provide Wankel rotary engines to act as on-board generators to augment the range of things like e-Palette.

Whether the vehicles shown on Toyota’s stand here had Wankel engines in them was not made clear.

On display at another location was Toyota’s LQ concept, which debuted at the 2017 Tokyo Show. It features Level 4 autonomous driving, meaning it can handle most driving situations with no human input.

It also features an “artificial intelligence” unit called Yui. Sort of like Siri, but for your car.

Speaking of Siri, Steve Wozniak of Apple fame has been quoted as saying that “AI” should stand for “Alien Influenza.”

The Woz says that he initially wanted self driving cars, but he has found the real-world challenges are still too great.

“Anything done by humans is so unpredictable and random and scattered,” he says.

He adds that he doesn’t expect to see them in his lifetime — he just turned 69 in August.

Hah — finally, something about Apple that I can agree with (long story).

Toyota also gave us a chance to experience some other battery-powered “vehicles,” although they were hardly cars. 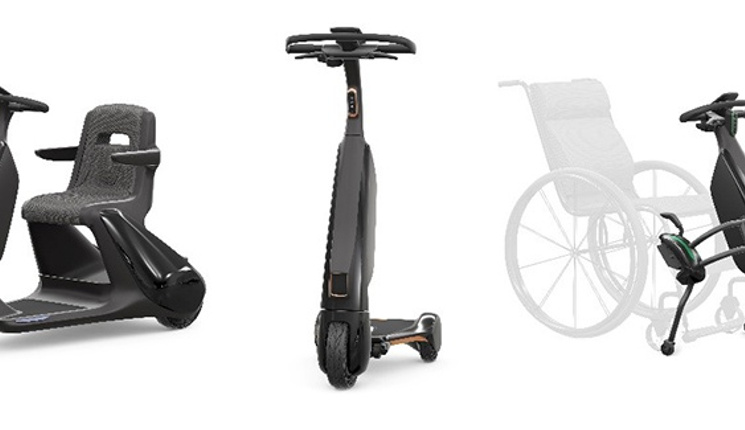 I took a ride on what was effectively a three-wheeled scooter (one front wheel, two tiny ones at the rear), thereby obviating the need for the gyroscopic control required by such as the Segway.

It was dead simple and intuitive to use. It had a range of about 14 kilometres.

There also was a sit-down version (10-km range), plus another that could be attached to a wheelchair (20-km range).

To their credit, Toyota is exerting a lot of effort toward the needs of seniors and the differently-abled. “Mobility for all” is not just a slogan.

Also on hand for demo rides was the latest iteration of the i-ROAD, an enclosed three-wheeler — two front, one at the rear — which I tested a few years ago. 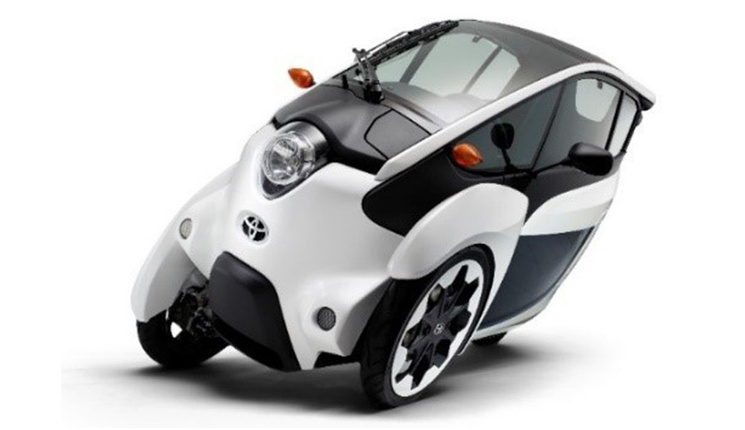 This one banks into corners like a motorcycle, and is a lot of fun to drive. It has a range of 60 km.

I suspect that, as with the Segway, some jurisdictions might have issues deciding exactly how to classify this for licensing and registration purposes.

Toyota also made a pledge that 25 per cent of its production — “mobility for all” notwithstanding, they do plan to still produce cars by then — will be electrified by 2025.

Like Dieter Zetsche of Mercedes-Benz said a few years ago, “electrified” does not necessarily mean “electric.”


Each will play a role, depending on market and intended use. 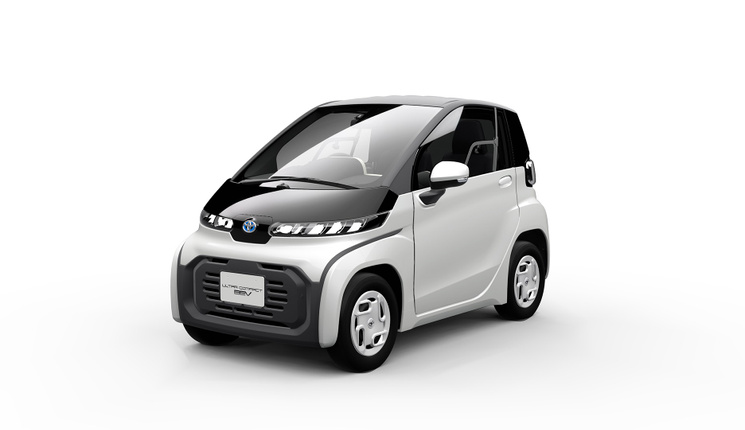 However, the rollout will take a long, long time, given that the average car lasts somewhere between 10 and 15 years, and pricing is still not competitive, absent government bribes.

Everywhere we went on our four-day stay in Japan, which included a visit to the upcoming Olympic site, we were driven in buses powered by Herr Diesel’s brilliant engine.

Most of the time, however, these were never shut off — they just sat there idling while we wandered around the site.

It seems to me, we could make much more progress toward cleaner air, and much faster and much more cheaply, if we just changed the way we use our current vehicles. Shut the darned things off at idle!

By far the prettiest (and, in my view, the one with the most long-term significance) was actually unveiled a couple of weeks before the show.

It is the second-generation Mirai, Toyota’s fuel-cell sedan, which will go on sale next year.

Incidentally, in Japanese that word has three syllables — “meer-ah-ee” — there being no diphthongs in the Japanese language. We tend to call it “meer-eye.”

The previous-generation Mirai, for all its technical brilliance and relevance, had a face that — well, even a mother might have trouble loving.

The new one is nothing short of stunningly beautiful.

Longer, lower, wider, more spacious and with more power and longer range, it reinforces my long-held belief that fuel cells are the future.

Sadly, we could not drive it, just drool over it.

This second-gen Mirai is based on Toyota’s rear-wheel-drive “premium” platform, meaning it is much closer to volume production than the first-gen car could ever hope to be.

The only statement Toyota makes about range is that it has a “30 per cent increase” over the current Mirai, which is rated at 502 km. Put down your calculator; it would be good for 652 km. 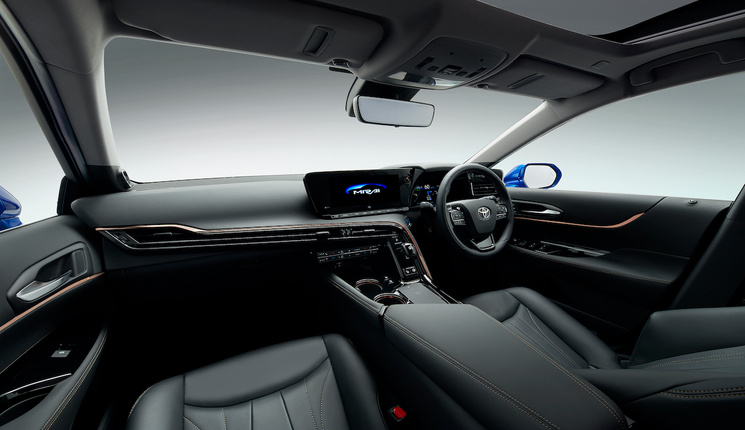 Not quite my VW Jetta TDI, but not bad.

Plus, Mirai’s range won’t get any worse in cold weather, unlike battery-powered electrics. And it can be refuelled in no more time than a liquid-fuelled car, albeit there are currently few places to do that.

Hydrogen infrastructure obviously remains the issue for fuel-cell vehicles, but we may be closer to a solution than you think. Again, as I have mentioned before, Canadian Tire is already using hydrogen forklift trucks in some of their warehouses.

Toyota is also looking at hydrogen for industrial vehicles, and for trucking or bus applications where hydrogen refuelling stations could be centrally located.

Some of the buses that carried us around the various Tokyo Motor Show venues were hydrogen-powered. They had the added advantage of being nearly silent in operation.

The star of the Lexus stand — yes, they did have a car on their display — was the Lexus LF-30 “Electrified” concept.

This slick, two-gullwing-doored four seater has its electric gubbins nestled in its platform, which looks exactly like General Motors’ “Autonomy” concept from 2002.

LF-30 also has a drive motor in each wheel, again like Autonomy and the Lohner-Porsche from 1900.

What’s that about nothing new under the sun?

An unfortunate coincidence that the LF-30 stand was directly across from Mazda’s RF-30 electric car.

Whatever happened to names for cars?

Expect to see some of the features from this car in production Toyotas and Lexi in the near future.

Auto shows may not be what they once were. Attendance is down at most major shows.

But I’m betting there will still be people falling in love with their cars — and maybe with their Yuis and Siris, too — for years to come. 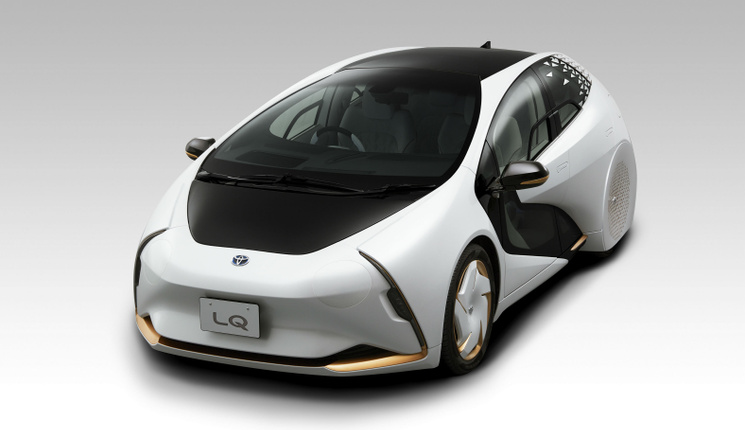