Is driving without daytime running lights legal in Ontario?

Passenger vehicles sold new in Canada since 1990 need to have daytime running lights, but there's only one province where drivers are required to have lighting switched on during the day.

Q: Is driving without daytime running lights legal in Ontario?

The Motor Vehicle Safety Act dictates all vehicles sold or imported into Canada after Dec. 1, 1989, must have automatic daytime running lights (DRLs). However, Ontario’s Highway Traffic Act doesn’t require the use of DRLs. Full lights must be on in darkness or poor visibility under S. 62 HTA.

If you see a vehicle without DRLs, it was either built before December ‘89; it’s a U.S. visitor’s vehicle; has a broken or disconnected DRL system; or was imported after it was 15 years old (the federal government has no jurisdiction over these).

RELATED: Why it’s time to discontinue the headlight switch

Q: Can I drive without daytime running lights throughout Canada?

Transport Canada advises that all road users in Nova Scotia, including visitors, must have either DRLs or low beam headlamps on during daytime hours. And of course, full lights must be on at night or in poor visibility.

Nova Scotia is the first — and presently the only — Canadian province to pass such a law.

Q: Is keeping a pocket knife in my car or on my belt illegal? How about hunting/fishing knives when going camping?
Below is a simplified overview

for law-abiding citizens who don’t want to inadvertently run afoul of the law. See Criminal Code, Section 84, for specifics.

As a rule of thumb, knives that can instantaneously be opened with one hand (switchblade gravity knife, butterfly knife) are prohibited weapons in Canada, as are push daggers and knives disguised as innocuous objects under 30 cm (comb knife, belt buckle knife). These are illegal to possess at any time.

Manually-opened knives, such as a multi-tool pocket knife or a folding knife that can be slowly opened with one hand, are permitted regardless of blade length, as are fixed blade (fishing, kitchen) knives.

Legal knives only become illegal “weapons” when carried or used for a dangerous or criminal purpose.

“Assault with a weapon” is defined as accost, impede, or beg while openly wearing or carrying a weapon or an imitation thereof. So instigating a “road rage” confrontation with a pocket knife clipped on your belt might theoretically result in weapons charges.
We do not condone carrying knives for a dangerous purpose.

A knife is just a tool until it’s used or intended to be used as a weapon. Unless it’s a prohibited weapon as per the Criminal Code, it can be kept anywhere on one’s body or in a vehicle.

Brandishing a weapon, however, will get you arrested. 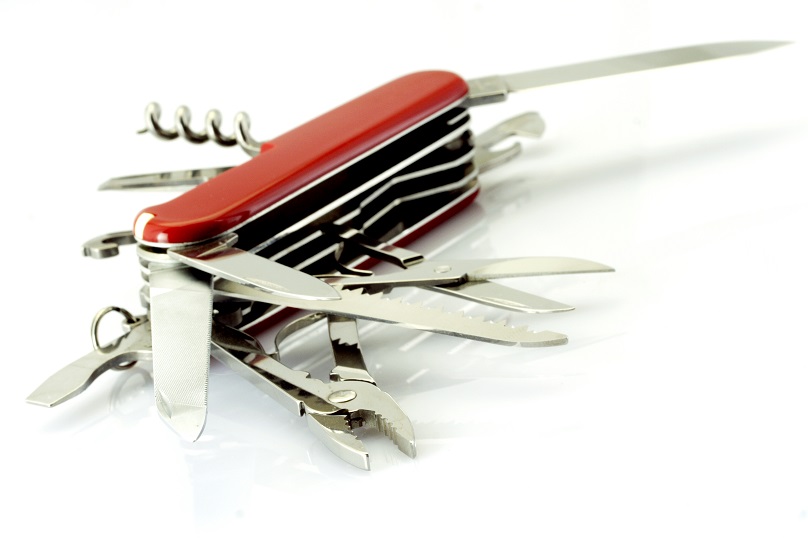 Freelance writer Eric Lai is a regular contributor to Toronto Star Wheels. Email your non-mechanical questions to him at wheels@thestar.ca . Due to the volume of mail personal replies cannot be provided.