Insurance Rates Are Rising Across Canada – Here’s Why

Some reasons are national in scope, while others are highly regional.

No, it’s not your imagination: your auto insurance rates have been creeping up. And you’re not alone. It’s happening across the country, albeit for different reasons in some regions than others.

J.D. Power’s 2019 Canada Auto Insurance Satisfaction Study says that the national average increase for insurance rates currently sits at $298. Alberta has had the highest spike in costs at $326, followed by Ontario at $311, Atlantic Canada at $286, and Quebec at $213.

As a result, quite understandably, the survey shows that Canadians are increasingly dissatisfied with insurance companies and the products they offer.

“What we found is that price, while it’s always been a part of our surveying process, really was called out by customers this year as having a major influence on their overall satisfaction,” says Tom Super, Director of the Insurance Practice at J.D. Power, who led the study. “We’re finding that customer satisfaction related to price is being impacted by two major factors. One is the frequency of rate actions. Every time you open up your bill, you find that your rate has gone up once again. The second is the severity of the increase taken.”

Super says that approximately 40 percent of the customers that were surveyed reported receiving a rate increase without having made any claims or changes to their policies.

“There’s a level of frustration that basically says, I’m a good customer, I’ve been loyal to you, and you’re still getting me with increases in my premium. They don’t understand really why.” 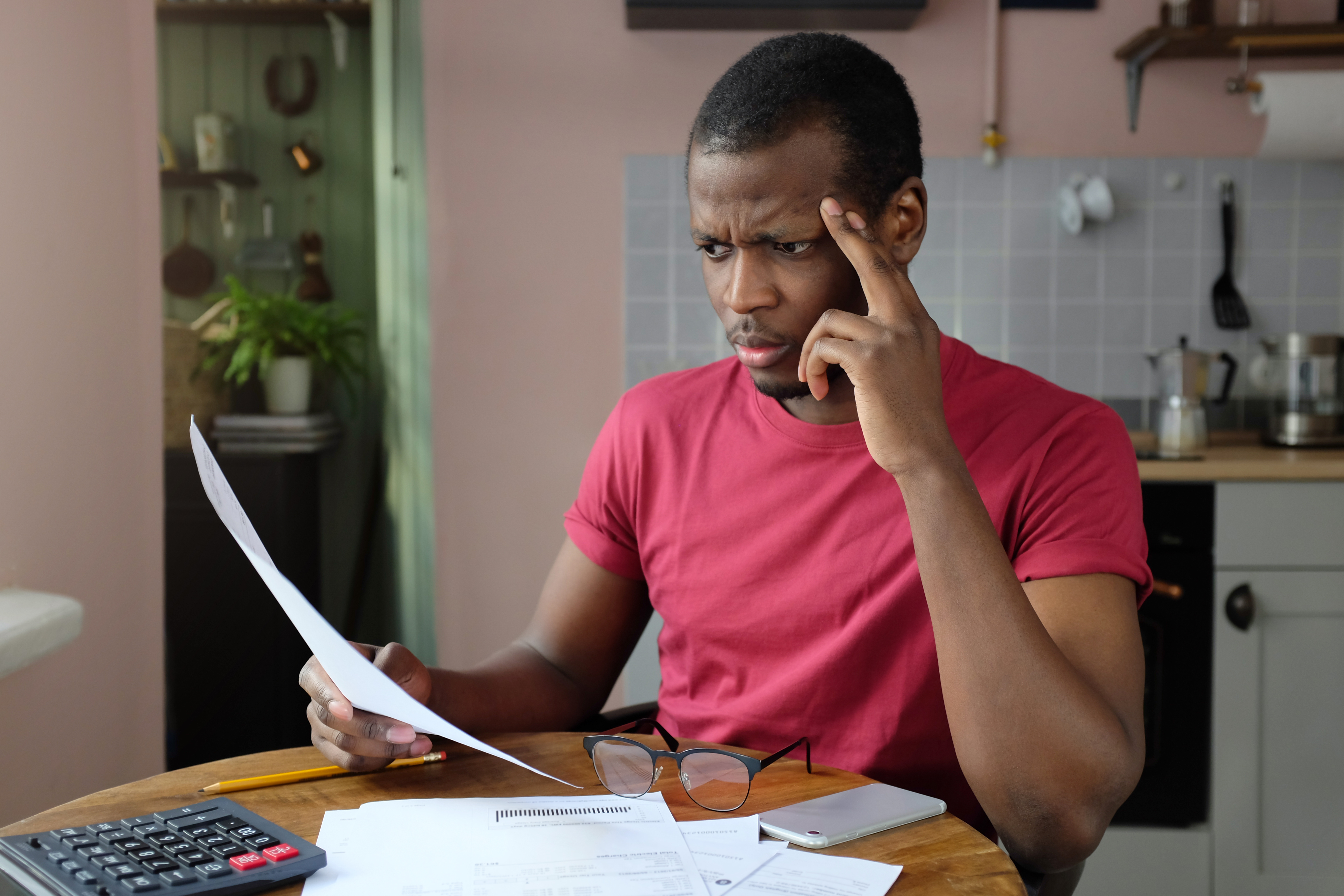 According to representatives of the Insurance Bureau of Canada (IBC), an industry association that represents private insurance companies in the jurisdictions where competition exists, various factors are contributing to these increases. Some of them apply nationwide, while others are more regionalized.

In Alberta, where a government mandated rate cap of 5 percent is in place, insurers are under immense pressure due to the increased payout costs, according to Celyeste Power, Vice-president of the Western region for IBC.

“It’s making a very unsustainable situation for the insurers,” Power says. “They’re operating at a combined loss ratio of 130 percent. That means for every $1.00 they take in, they’re paying out $1.30. It’s starting to make it difficult for consumers, and that will continue to just worsen, unfortunately.”

Pete Karageorgos, Director of Consumer and Industry Relations for Ontario at IBC, says that Ontario’s insurers are also overextended, paying out $1.02 for every dollar they bring in. And, he adds, private insurers are not the only ones feeling the heat.

“British Columbia has the most expensive car insurance across Canada, and they’re a government-owned insurance system there,” says Karageorgos. “Despite the fact that we have challenges in provinces that have private insurers operating, even those government-run insurance provinces are seeing similar types of trends.”

Here’s an overview of the many factors that are influencing insurance rate increases across the country. 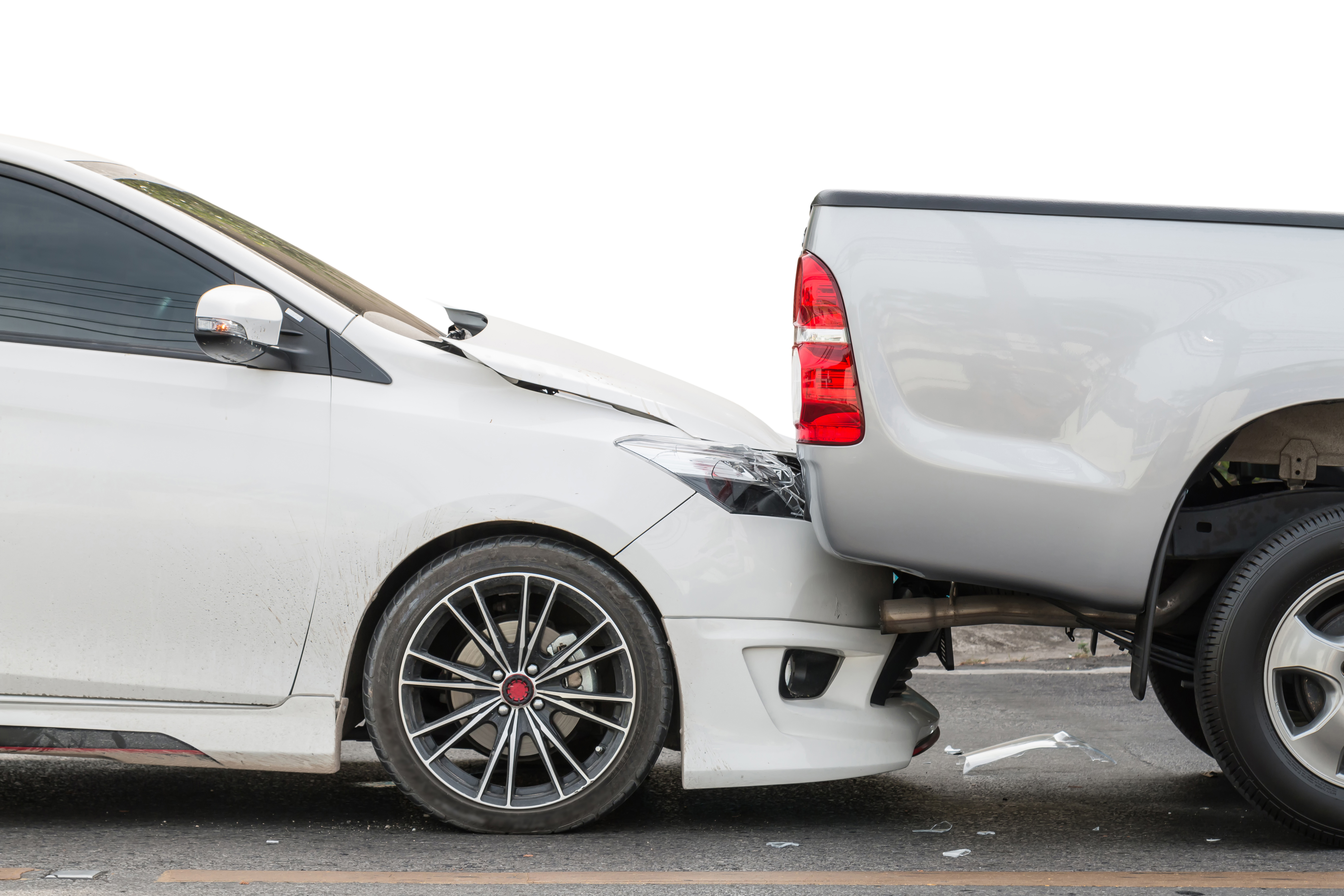 Insurance claims are inherently triggered by collisions. While data collection between law enforcement and the insurance industry doesn’t allow for direct correlations to be made, there are some indications that distracted driving – which today is cited as a top cause of traffic incidents – is a likely root cause of an increase in claims.

“Unfortunately, we don’t have any data to quantify that, aside from the fact that we’ve heard from law enforcement that they’re seeing the number of distracted drivers and resulting crashes as well as charges is on the uptake,” Karageorgos says. “We are seeing that in terms of the number of rear-end collisions that typically would indicate one of the two drivers involved in the crash has been distracted.”

On top of that, the costs to repair the damage from those types of collisions is going up nationwide. This is due to the more expensive equipment in today’s vehicles, particularly those vulnerable to rear-end collisions such as embedded sensors and backup cameras.

“When you used to get in a little fender bender and have a bump in your bumper, you’d be able to fix it for a couple thousand dollars,” says Power. “Now, those bumpers are way more expensive.

“We’re seeing that increase at upwards of 3 percent a year, which is higher than inflation. That’s always a red flag.”

Fraud and Opportunism Are Rising

Due to varying factors in different jurisdictions, the costs around health care and legal reparations around insurance claims continues to go up.

This is the brunt of the pressure being applied to the system in Newfoundland, where insurance is privately provided but heavily regulated by the province, and litigation in motor vehicle disputes has increased substantially.

“(The system) appears to be broken,” Dean says. “Bodily injury claims, both the frequency and the amount of money that’s paid out, is incredibly high in Newfoundland and Labrador.”

“What’s even more startling is that 83 percent of motor vehicle collision victims, as well as at-fault drivers, have legal counsel. So, what we’re seeing is a lot more suing of each other in Newfoundland and Labrador, which is of course increasing rates and causing pressure on the system, and the driver at the end of the day pays for all of the claims.”

In Ontario, a study performed in 2017 by the Ministry of Finance titled Fair Benefits, Fairly Delivered shed light on the fact that more of today’s costs associated with insurance claims are being paid out to parties other than the claimant. 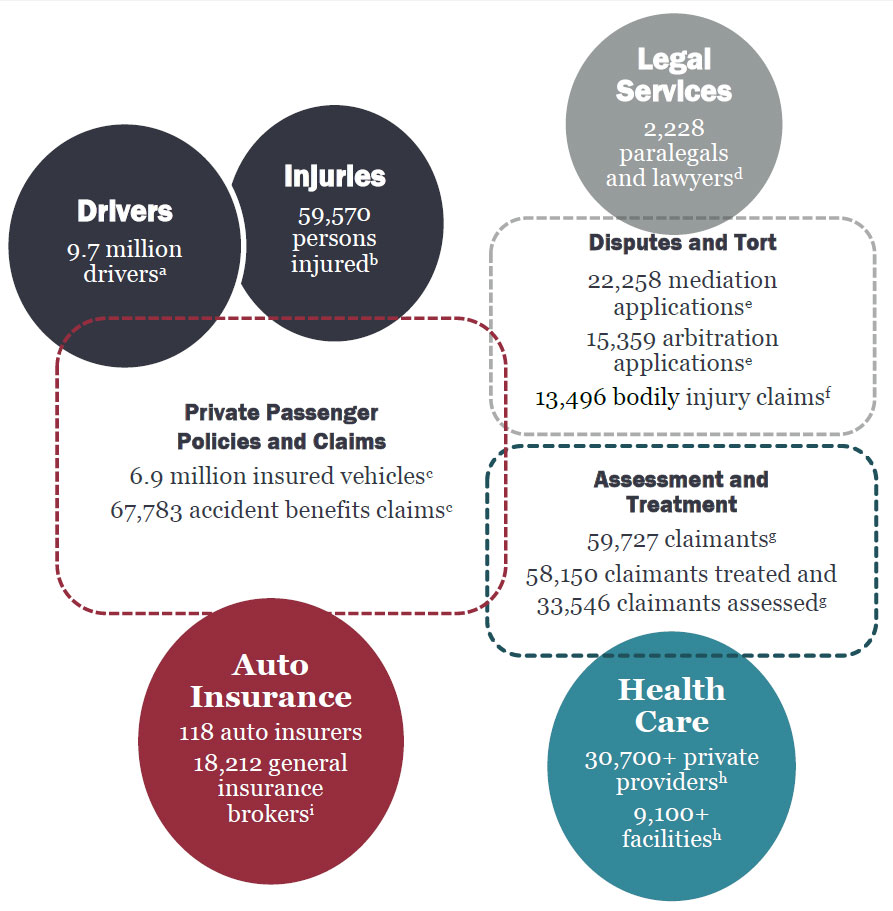 “There are a lot of players who are profiting from insurance claims when someone’s injured,” Karageorgos says. “Some of those are our private health care clinics, others are lawyers. There have been news stories of lawyers charging excessive amounts for contingency fees.”

“What (the report) saw was approximately 35 percent of funds that were paid out went to lawyers and other providers and didn’t go to directly helping those injured in crashes.”

“It happens at the collision scene with tow truck operators,” he says. “We’ve seen medical rehab clinics that have tried to defraud insurance companies, as well as body shops.”

“There’s a whole undercurrent there of fraud that is also pressuring the system and is forcing insurance companies to get a handle on it so that we can reduce the costs to consumers.”

In Alberta, a court decision colloquially known as the Sparrowhawk case triggered a redefinition of minor and major injuries from motor vehicle accidents that has resulted in an increase in both the number of medical claims and the costs associated with them.

“Bodily injury claims have gone up about 8 percent a year,” Power says, “which is about five times higher than any other province and much higher than the rate of inflation over that period.”

Power highlights that vehicle theft is on the rise in certain parts of the country, most notably in rural areas of Alberta, which is contributing significantly to rate increases in the province.

“In Alberta, we have the highest level of vehicle theft,” she says. “We’ve seen that stemming upward pretty consistently. It’s a huge problem here for us. Especially in rural areas, we’re seeing an increase in crime and with that an increase in vehicle theft.” 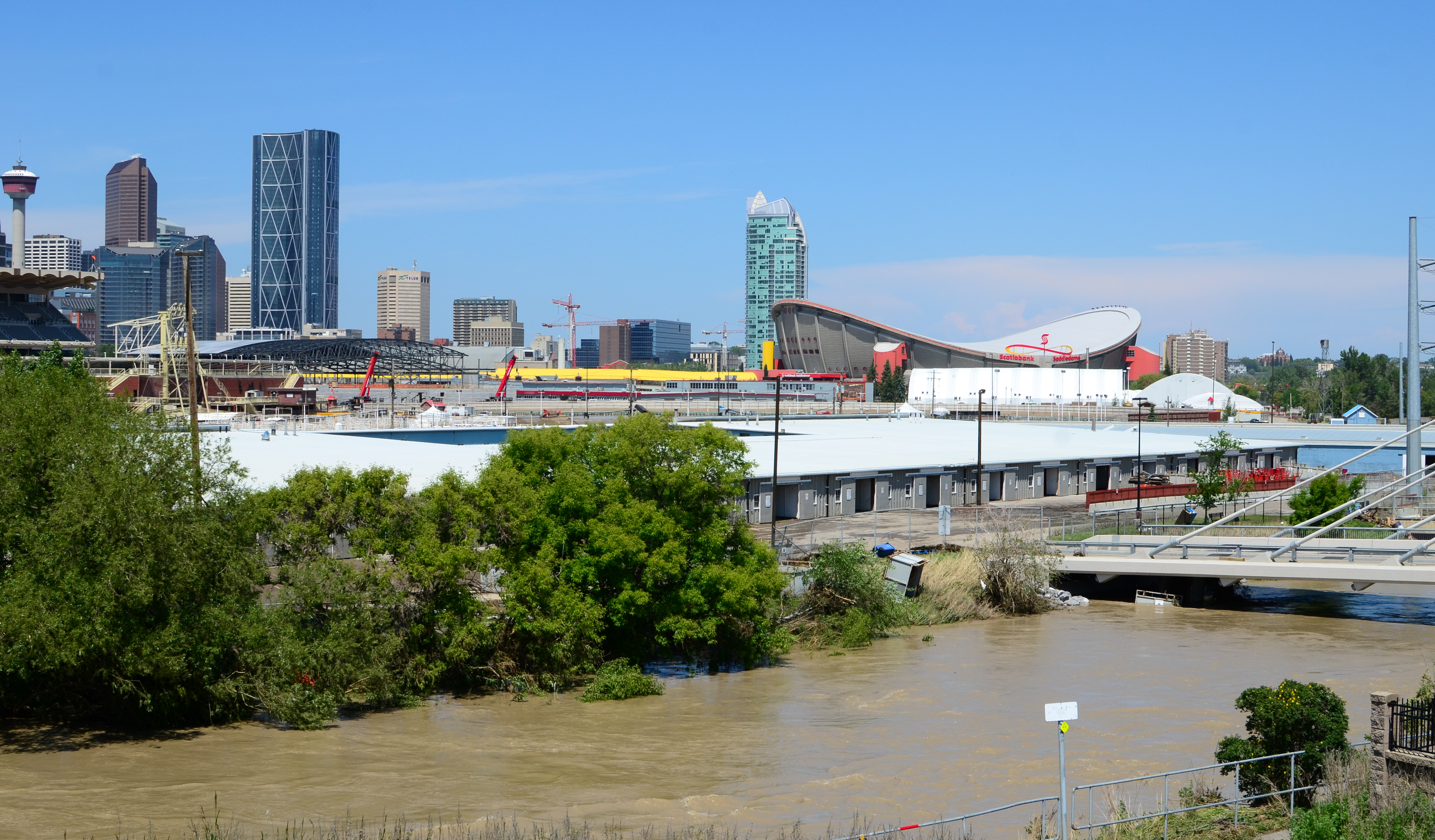 Storms and floods have been increasingly serious and expensive problems in recent years, and it’s more common than ever for water damaged vehicles to need extensive repairs or be written off entirely. Power says this is another issue that’s contributing to rate spikes, particularly in Alberta.

“Similar to the rest of the country, severe weather is hitting us pretty hard, but here in Alberta we’re getting hit the hardest,” Power says. “While we often think about how that’s affecting our basements from flooding or our roofs from hail, it’s also hitting our vehicles.”

Power says that insurers in Alberta contribute to a severe weather management program that uses chemical flares to change the composition of storm clouds and reduce hail damage.

“It hits our cars a little easier, but at the same time we can’t just press the stop button on the weather that we’re seeing,” she explains.

How to Avoid a Flood-Damaged Vehicle when Buying Pre-owned 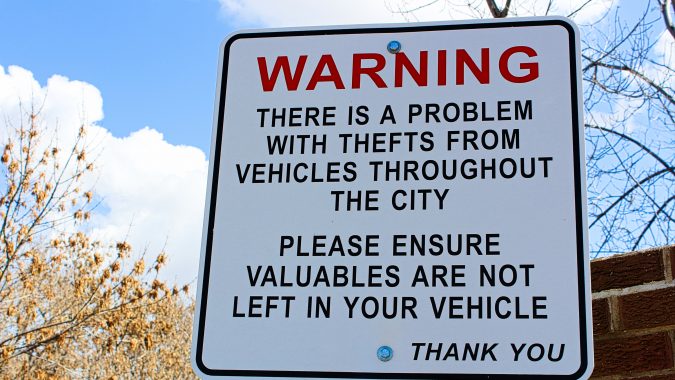 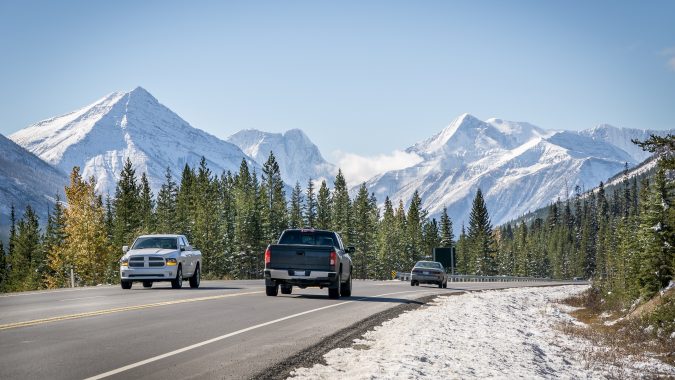 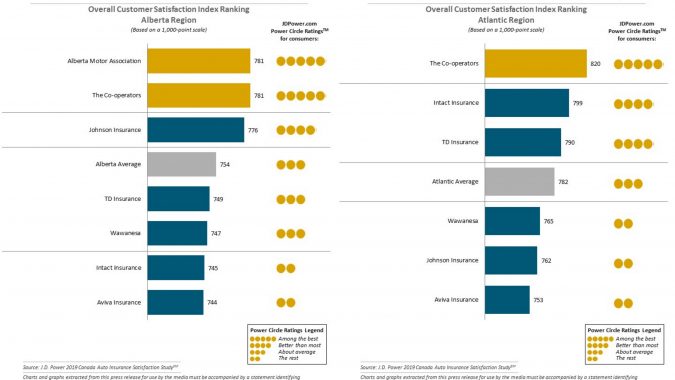 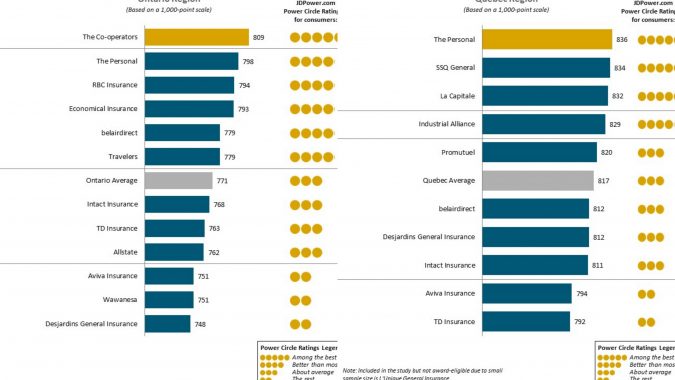 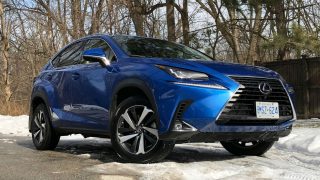 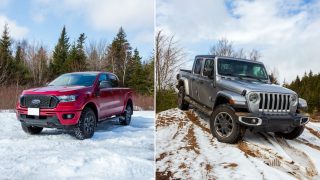 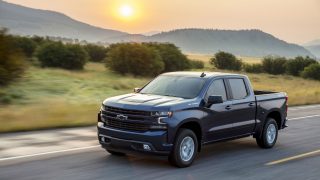 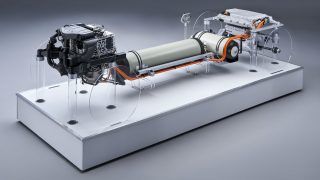 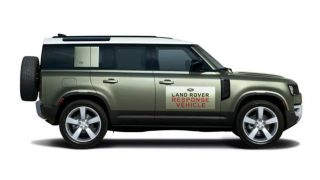 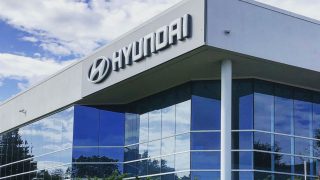 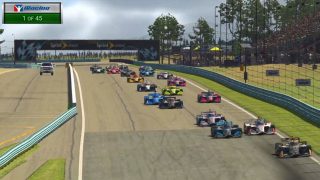