Parking. It really is simple, yet you would never know that to look around your local shopping mall lot. A good many drivers (some would say most) just don’t get it. Alistair and John Moffatt are not like most drivers. Driving an old-school Mini Mayfair, the pair have both broken the standing Guinness World Record for the tightest parallel park. The existing record left 14 cm between the car being parked and the two that were already parked. The attempt was being filmed as part of a TV show called Officially Amazing. Two other Minis were parked with just 13.1 cm of extra space for the brothers to slide their Mini into its spot. Both brothers fit the little box on wheels into the spot successfully.

Drivers of the world could learn a lot from these two.

The power of the web helps Jalponik writer find his stolen beetle
There was a time when the crew at Jalopnik were pretty much considered the bad boys of online automotive journalism. Their snarky tabloid style ticked off more than a few readers in the early days. Like most mouthy young upstarts, the publication has mellowed and become a valued part of the community as it has matured. The most obvious sign of this is Jalopnik’s use of their massive fan base to regularly help police organizations in tracking down perpetrators of automotive related crimes. Stolen cars, hit and runs and the like have all been solved with the help of Jalopnik readers. It is fitting then that when writer Jason Torchinsky’s beloved VW Beetle was stolen, readers helped track down the car.

Last week, Torchinsky left his East L.A. home to discover that the Beetle he has owned for the past 20 years had been stolen. A call to the police produced no help, so he took to the keyboard and wrote about it. Reader response was incredible and the story of Torchinsky’s Bug went viral. Then, a reader caught a glimpse of the car and sent photos to the rightful owner, but forgot to include the location. The Internet went wild and, using Google maps, a reader who calls himself SFmikee used streetview to find the exact location. The car is a bit bruised and beaten and the engine has been removed, but Torchinsky’s car is back in his hands. There is much more to the story, which you can read here.

It is great to see the mighty web help those who use it to help others! 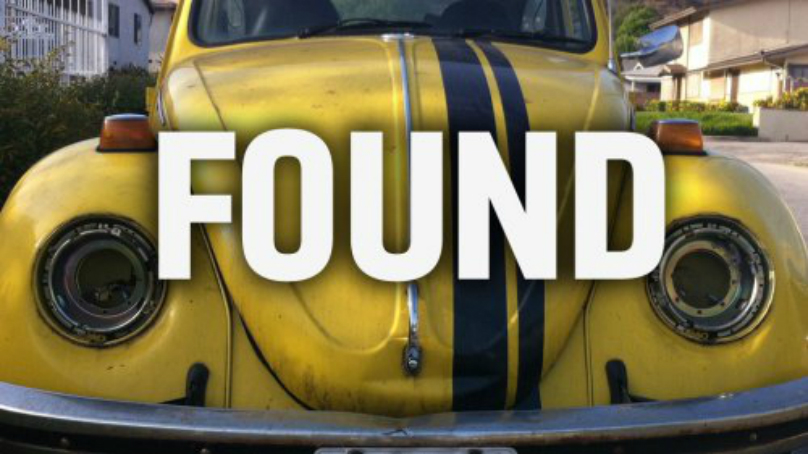 Big ol’ Dodge pickup spits out its rear axle
What do you get when you combine a few rednecks, a mostly empty parking lot, a ratty old Dodge pickup with a 440 V8 and a video camera? Well, I don’t consider myself a redneck and even I would press record to make a burnout video! That was the plan (did they really plan it?) for these good ol’ boys in the video before. The only problem is that the truck’s underpinnings were too tired to deal with the torque of the old Mopar big block. The truck hit a pothole during its smoke show, which caused the truck to spit out its trusty Dana 60 rear end along with the rear suspension bits. You can’t beat an old Dodge engine, but the rest of the truck literally fell apart around this one!

Announcer: “Dick, how did you get the car up to Bonneville this year?”
Dick: “Oh, we drove it up.”

That was just how they did it back in the “glory days” of motorsport. They drove the cars to and from each event.  There were no quarter-million-dollar haulers and motor coaches, just a couple of buddies and a street car turned racer.

Back in 1961, when this video was filmed, Dick Beith was a just high school shop class teacher out to have some weekend fun. The next year, he developed a new style of wheel that combined an aluminum centre riveted to steel outer rim. That wheel became the basis for a company called The Wheel Center, that enabled Beith to keep racing, ultimately going to Indy in the ’70s.

Beith is still actively racing Volkswagens on the salt. Check out this video of the racer’s 50th anniversary return to Bonneville in 2011.