As fans are mourning his loss, Universal has released the following tribute video.

Regular readers know that modern movie culture and the car hobby lost a bright star last week, with the passing of actor Paul Walker in a devastating car crash in California. Known as a philanthropist, genuine car enthusiast and all around nice guy, Walker was also a new Father. The actor’s biggest claim to fame is his role as Brian O’Conner in Universal Studios’ Fast and Furious movie franchise, a role which has exposed an entire new generation to the car hobby. As fans are mourning his loss, Universal has released the following tribute video.

Walker’s family have asked that fans make donations to Paul’s charity Reach Out Worldwide, rather than send flowers and other gifts.

Crazy grass kart racing where else but Down Under
Anyone who ever built their own go-kart as a kid will be absolutely mesmerized when they see this fun video that was shot at Kurrajong Heights in Australia. My 15 year old watched it and nearly got up enough energy to start building one before GTA 5 drew him back in. 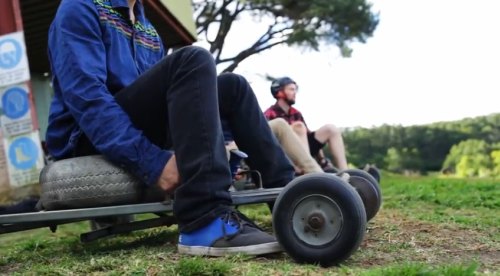 As a guy who built a failed hill racer in the early Eighties and now attempts to create decent web videos, I have to say that this one impressed me on several levels. What a great bunch of fun!

On any Sunday montage
Having grown up in a more or less automotive household, I didn’t really have any exposure to the whole motorcycling world as a kid. I certainly wasn’t exposed to the now classic Steve McQueen flick On Any Sunday, which many riders claim is the definitive movie about their passion. I have to admit that to this day I still haven’t sat down to watch the movie, perhaps because I don’t want to be sucked in. I have enough problems fulfilling my four wheeled desires, without pining for two wheeled machines too. 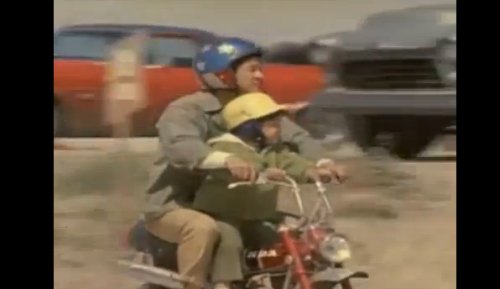 All that being said, now that I have come across this short montage of scenes from the movie, I might just have to go looking for the original on NetFlix.

The Racers
The world of Formula 1 is a culmination of the most beautiful things on the planet, from humans to machines, from architecture to nature. Beauty converges on the simplicity and brutality of speed. At the centre of this is the drivers, men who exist for no reason other than to win. 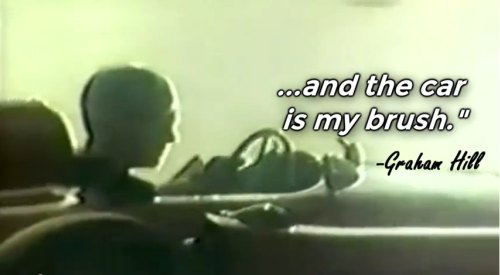 Naturally, all of this beauty makes for some pretty incredible imagery and YouTube user Antti Kalhola has become known for weaving these images, sounds and words into his own visual art. Antti’s subjects cross decades but all tell a similar tale. A tale of passion for winning that draws the viewer in. His latest work brings tears to my eyes.

Ski flipping showoff skewers a bus
In any group of guys, there is always one who never grows up. You would think that pro athletes might outgrow this, but some don’t if Swiss alpine racer Didier Cuche is any indication. The 2011 World Cup Downhill and Super G Champion was known for flipping his skis off at the end of a run. While skiing in Sölden, the trick didn’t pan out as Cuche planned when he flipped off a ski, which then embedded itself in a window of the Austrian Ski Team’s motor coach. 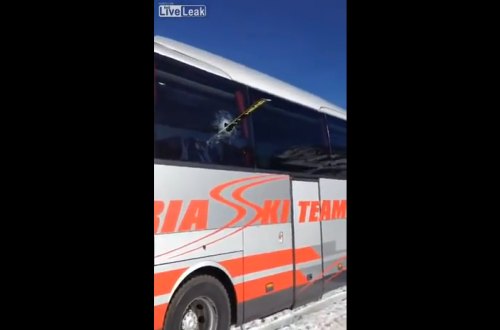 The smart alec failure was caught on a cell phone video that is plagued by vertical video syndrome. Needless to say, the bus driver doesn’t seem overly impressed with the remodeling of his bus.