Be sure to watch this video in full screen mode and select HD. I promise you that this will be the best 8 minutes of your day.

I’ve been extolling the virtues of the GoPro camera a lot these days, as the tiny devices are increasingly attached to myriad surfaces of moving objects. Objects like Ken Block’s Ford Fiesta as it smokes its way around a make-believe construction site. You could almost say that the little action cams are out of this world.

In fact, during Austrian daredevil Felix Baumgartner’s rather insane jump — during which he set world record for skydiving an estimated 39 kilometres and became the first person to break the sound barrier without vehicular power — in October 2012, a bunch of the cameras were literally out of this world and the footage they captured are nothing short of spectacular.

Be sure to watch this video in full screen mode and select HD. I promise you that this will be the best 8 minutes of your day.

Bob Dylan wants to build your car
On Friday, I shared all of the automotive Superbowl ads with the exception of those from one of the biggest spenders. Chrysler has a habit of not only spending a bunch, but they keep their big game ads under wraps until right before they air. 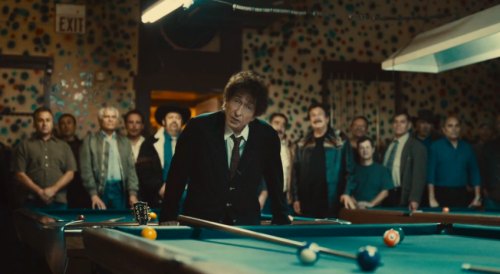 I’m not much of a football fan, so here I am in front of my computer as the game progresses through the second half, excited that the Mopar gang has released the first of their ads to us poor Canadians who don’t get to watch the good stuff on television. I have heard that there are two more to come, but for now, I only have one to share.

Building on the previous Imported from Detroit campaign that uses gritty (I hate the cliche, but it works in these cases) spots including Eminem and Clint Eastwood, Chrysler brought in Bob Dylan for this year’s ad. He wants to build your car.

A number of my friends have expressed their concern over the rampant patriotism that seems to have overtaken this year’s Superbowl, but I supposed it is their right. After all, it is their foosbowl. Who better to bolster the Made in America message than the iconic folkster? Ironic then that two of the company’s top sellers are built in Canada, not Detroit.

Formula 1 2014 – Interstellar
It has been a while since I have shared a video from RacinginSlowMotion. The YouTube user makes a hobby of compiling stunning slow motion videos of motorsport and weaving them into his own stories. His work is outstanding.

RISM’s newest creation was inspired by Christopher Nolan’s Teaser for the movie “Interstellar” and combines 60 years of Formula 1 history with a glimpse to this year’s season.