Karim Habib grew up in Montreal, went to art school in California speaks four languages and has worked for three major automakers — and he’s not even 50, Norris McDonald writes.

There are a lot of automobile designers in the world but there aren’t that many at the top of the heap. And when you take a closer look at that exclusive group, you find that there’s only one who’s a Canadian — Karim Habib of Atsugi, Japan, late of Montreal.

Habib is the new head of design for Infiniti, Nissan’s luxury division. He’s had the job since July 1, and before that, he headed up the BMW Brand Design team in Munich, Germany.

Not bad for a guy who’s not even 50. And how did it all happen, anyway?

Habib was holding court during media-preview days at the Los Angeles Auto Show last week, explaining to everybody who would listen why Infiniti’s QX50 luxury crossover, which was launched there, is “the best car” the company has ever produced.

“I can say this relatively objectively,” he said, “because I did not work on it. It was designed by Seiji Watanabe and was ready to be introduced before I even joined the company.

“I think it’s got really excellent craftsmanship. One of the things I’ve always admired is the Japanese attention to detail. A full leather dashboard is not available anywhere else in this market segment. You have the ultrasuede ceiling, which is also something that’s quite unusual for this market segment. It was very nice for me to join the company and see this intensity.”

Habib was born in Lebanon, and his family immigrated to Canada when he was a young child. Settling in Montreal, he attended McGill University, where he graduated with a degree in mechanical engineering and then did postgraduate work at an art school in California.

“I liked cars when I was a kid,” he told the Star in an interview, “and I was lucky enough to find a profession I liked and to be able to attend the school that gave me the right chances. I went to school here in Pasadena at the Art Center College of Design, a school that has very good contacts to the (automotive) industry.

“When students graduate, there’s a so-called senior show — at least, there was, more than 20 years ago when I studied here — where the companies, particularly the studios in California, they come and see what you have to offer. That’s how I got my start.”

He got his first big break in 1998 when he became responsible for designing the exterior of the BMW 7 series. In 2009, he left to work for Mercedes-Benz, where he focused on the Mercedes-Benz C-Class as well as the new Smart, but returned to BMW in 2011 as chief designer. The relaunch of the BMW 4 Series last January was his last big job there before joining Infiniti.

He puts his professional good fortune down to timing — and luck.

“You need both — you need luck and you need the right timing,” the 47-year-old said. “I think you just have to really like that you do, too. I have been very fortunate to have found a profession that I like. I’ve had very frustrating moments as well, but it keeps being fun, and it’s why I’m here.

“This brand is fascinating and challenging. You can see the potential and you want to be there.” 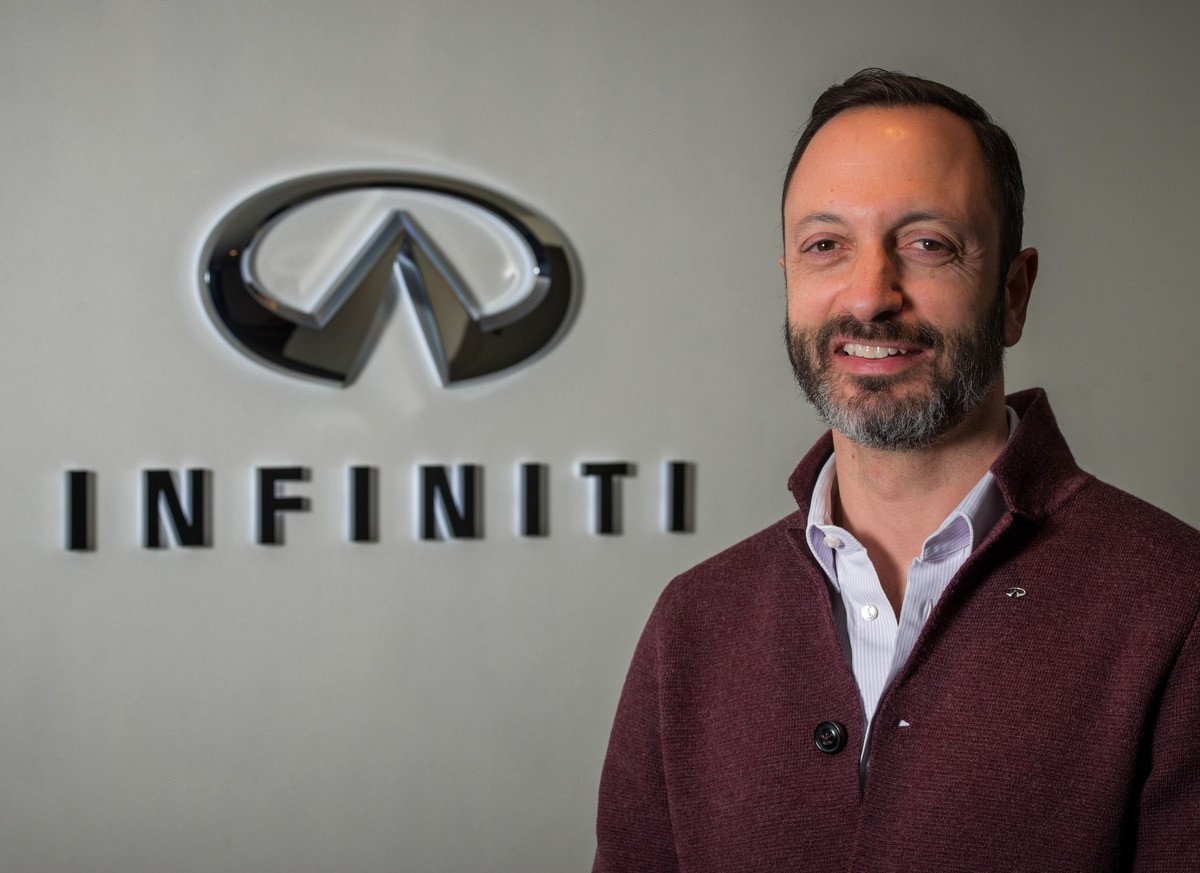 In a wide-ranging conversation with the Star and other journalists, Habib made the following observations:

Will there be a change of direction or will Infiniti stay the design course?

We’ll be moving from steel to more aluminum. Subtle things (like that) sometimes change the way we do things. What is going to be very important are all the new technologies that are coming. Some of those technologies will determine the direction of design.

But will we see more of ‘you’ in the Infiniti design, much as we did at BMW?

I work for a brand, for a company. I would like to bring the expertise, the knowledge, the experience I have to help the team move forward and that will hopefully bring results that are different than what you have here. So, that’s the intention.

Concept cars today are close to what we soon see in showrooms. How come?

The other thing is that we know what kind of car we want. So, when we do a concept car, we have a pretty strong intention of what we want to bring to production. So, we try to make it quite similar.

You mentioned flying cars. Can you explain?

It probably will come soon, the flying car. With the whole drone situation, it’s only a matter of time before it influences what we do.

Where do you see the success of the QX50 two or three years from now?

That’s very hard to predict. But I really do think it’s a very excellent product, so it’s very competitive. It’s a very good and compelling package. I do hope that it will be very successful because it’s very important for us.

Moving to Japan has been quite fascinating. I just think it allows you to see the other side. It’s quite amazing. I saw something on the news and the realization was that, if you are a mayor and you want to change something — infrastructure, say — then how can you do it if you don’t know how it’s been done in other cities? To me, I’m learning so many different ways of doing things. It sometimes shakes your core but it allows you to regenerate in very different ways.

To answer your question, my Japanese is very modest, thank you. But everybody at Nissan speaks very good English …