Infiniti is having a bit of a party. The luxury automaker has been around 30 years now. So they’re launching a full line of special editions to celebrate.

The Edition 30 lineup will premiere next week at the Pebble Beach Concours d’Elegance, but the automaker is showing them off ahead of time. Infiniti, Nissan’s luxury brand, officially started selling vehicles in November of 1989. The first two cars to wear the name were the Q45 full-sizer and the M30 compact. The M30 was a two-door coupe with a 3.0L V6 that was based on the existing Nissan Leopard sold in Japan. The Q45 was based on the Nissan President, as opposed to the Lexus LS 400 that debuted the same year as a purpose-built Lexus model.

“Infiniti was born to redefine the rules within the luxury space, and we continue to deliver a level of luxury that is meant to be lived in and to be experienced to the fullest,” said Jeff Pope, group vice president, Infiniti Americas. “The Infiniti Edition 30 models are the latest representation of this vision, bringing together inspired design and advanced driver assistance technology that we pioneered.”

So what do you get for 30 years? Special trim. 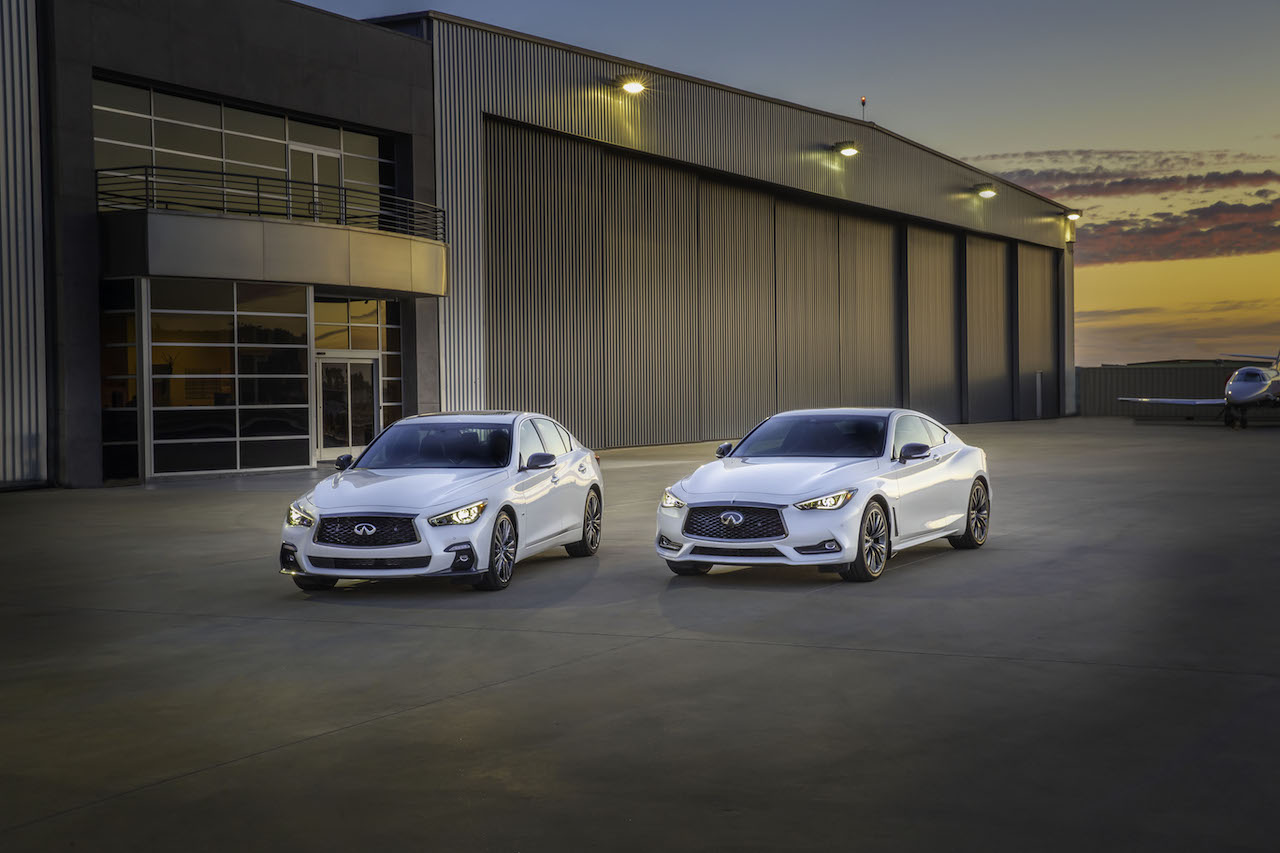 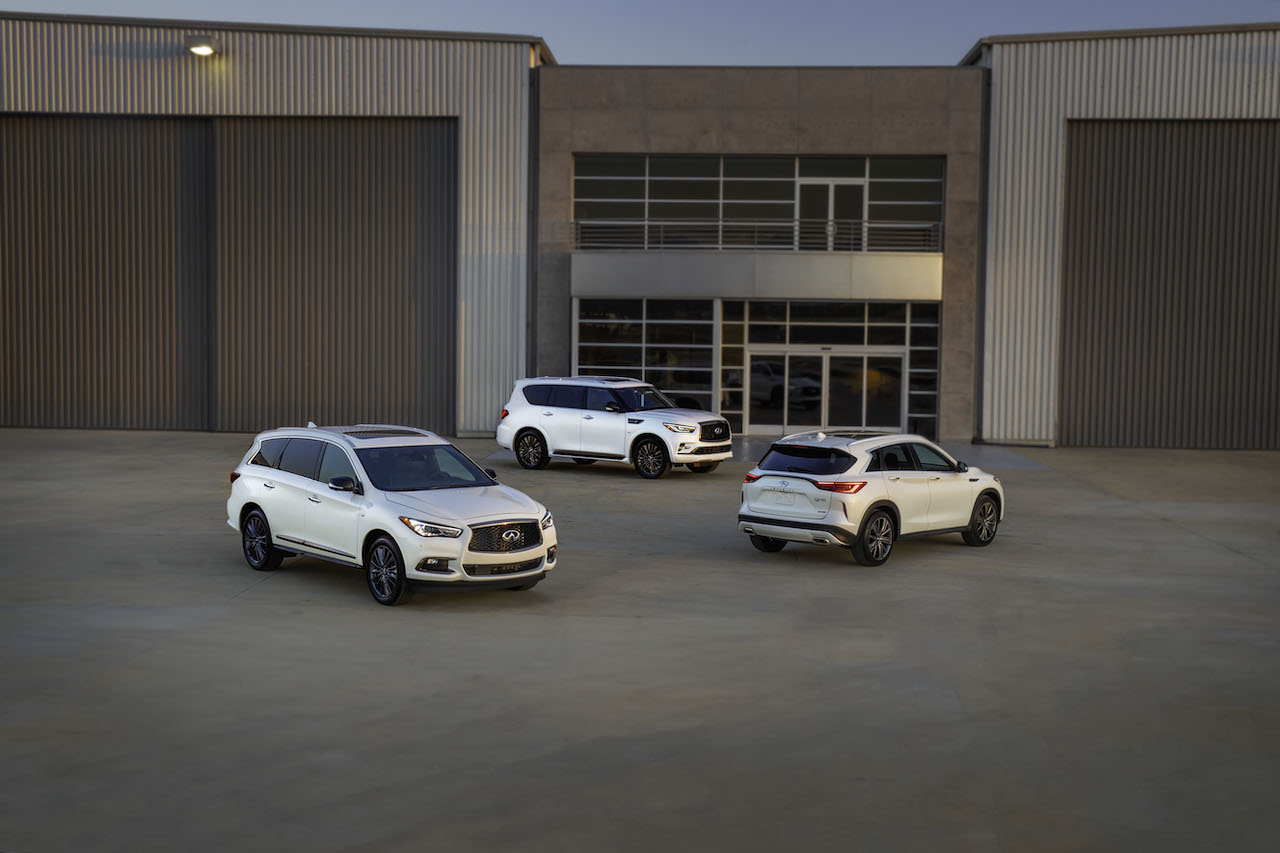 The cars and crossovers will all get special dark chrome on the grille surround, fender trim, and the rear bumper. There will also be dark-finish wheels for the vehicles and a body colour rear apron.

The vehicles will also get some special kit inside. Infiniti’s ProAssist package will come standard on all, including the Q50 and Q60 as well as the QX50, QX60 crossovers, and QX80 SUV. That gives them driver assistance features that include radar cruise control, distance control assist, surround-view monitors, back-up collision intervention, and predictive forward collision warnings.

30 years means pearls, so it’s appropriate that Infiniti is showing all the vehicles in white. However, they haven’t said if they’ll only be available in that white shade.

But don’t start the anniversary party just yet. Infiniti Canada says we won’t be getting the Edition 30 models, they’re staying in the US. Instead, they’ll continue to offer us the Signature Edition Q50 that adds sport fascias and special Kacchu aluminum trim to that car.