Revealed prior to this week’s Los Angeles Auto Show, the 2018 QX50 is Infiniti’s new entry into the mid-size luxury SUV market.

LOS ANGELES, CA: There has been a lot of speculation since Infiniti first gave us a glimpse of its all-new QX50 prototype at the Detroit Auto Show earlier this year. Infiniti introduced it as “most advanced” car ever to be produced, but didn’t give is much else to go on to back up such a bold statement.

With just a couple of days before the opening of today’s  (Nov. 29) Los Angeles International Auto Show, Infiniti finally unveiled their new QX50 to the world and from the facts and figures that they showcased, they might have actually lived up to their earlier claim.

Their new premium midsize crossover QX50 has been redesigned from the ground up – not only is it being built on a new platform with some great new design lines – it will be entering the market with the world’s first production-ready variable compression ratio engine – the VC-Turbo.

What makes the VC-Turbo 2.0-litre turbocharged inline-four so different is (by use of an advanced multilink system) is its ability to adjust the stroke of the pistons on the fly, varying the engine’s compression from 8:1 for better performance to 14:1 for better fuel efficiency and diesel-like torque.

It can seamlessly raise or lower the stroke of the pistons by detecting the car’s driving conditions and driver inputs, and instantly selecting the most suitable compression ratio to use at the exact moment.

The VC-Turbo can also cleverly switch between a regular combustion cycle to an Atkinson cycle instantaneously, thus enabling much greater efficiency and performance as it changes.

The new engine will be matched to Infiniti’s Xtronic ‘shift by wire’ continuously variable transmission and will now have the power transmitted to the road via a front-wheel-drive based configuration with an available intelligent all-wheel drive system. 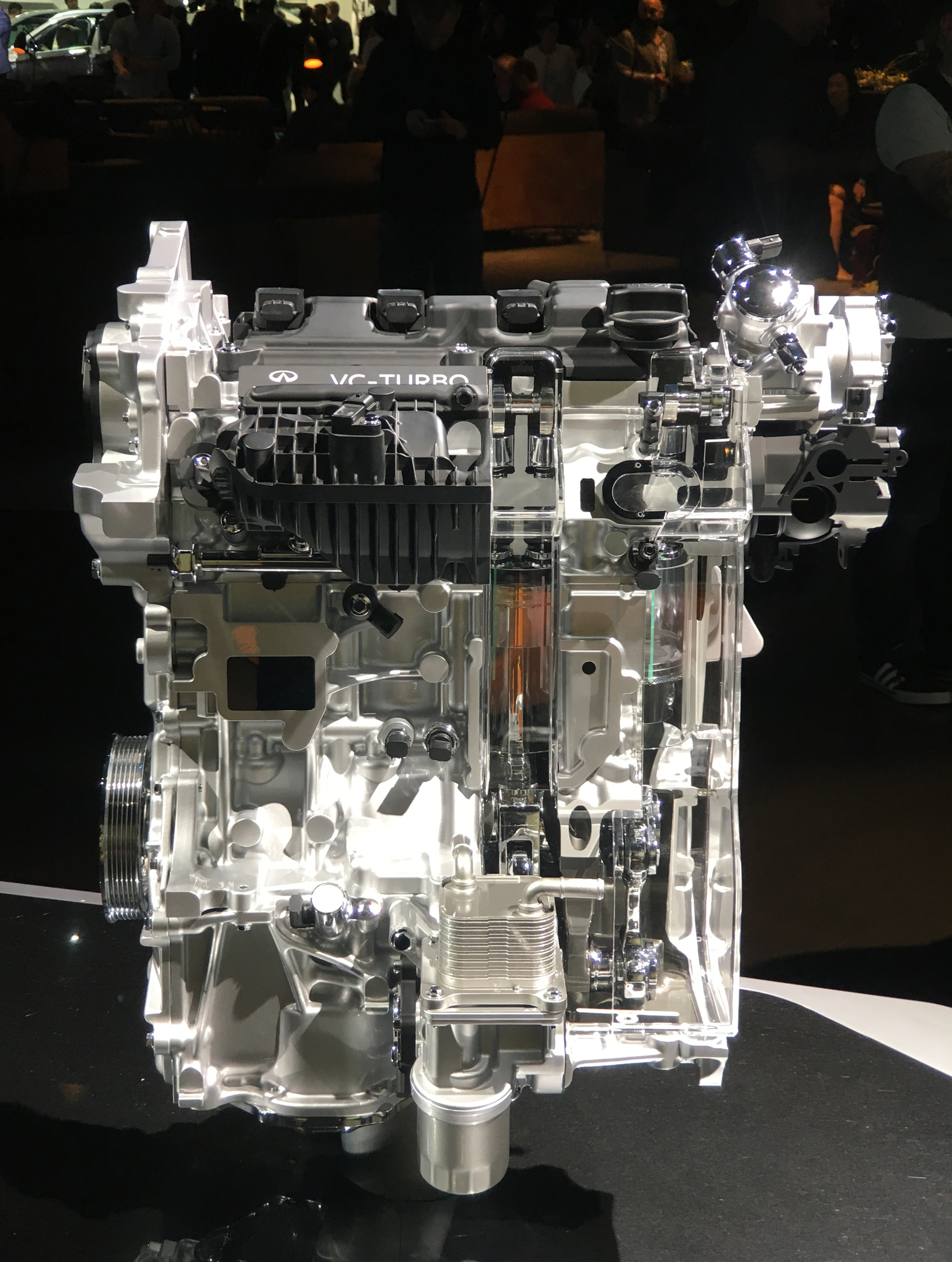 The all-new platform is made up of SHF (Super High Formability) high-tensile steel that has helped increase the torsional rigidity by 23 per cent.

Internal storage and cabin space has been increased significantly with the interior cabin being more refined with the use of high quality materials.

The all-new Q50 will be available in the first quarter of 2018 with prices being announced closer to the release date. 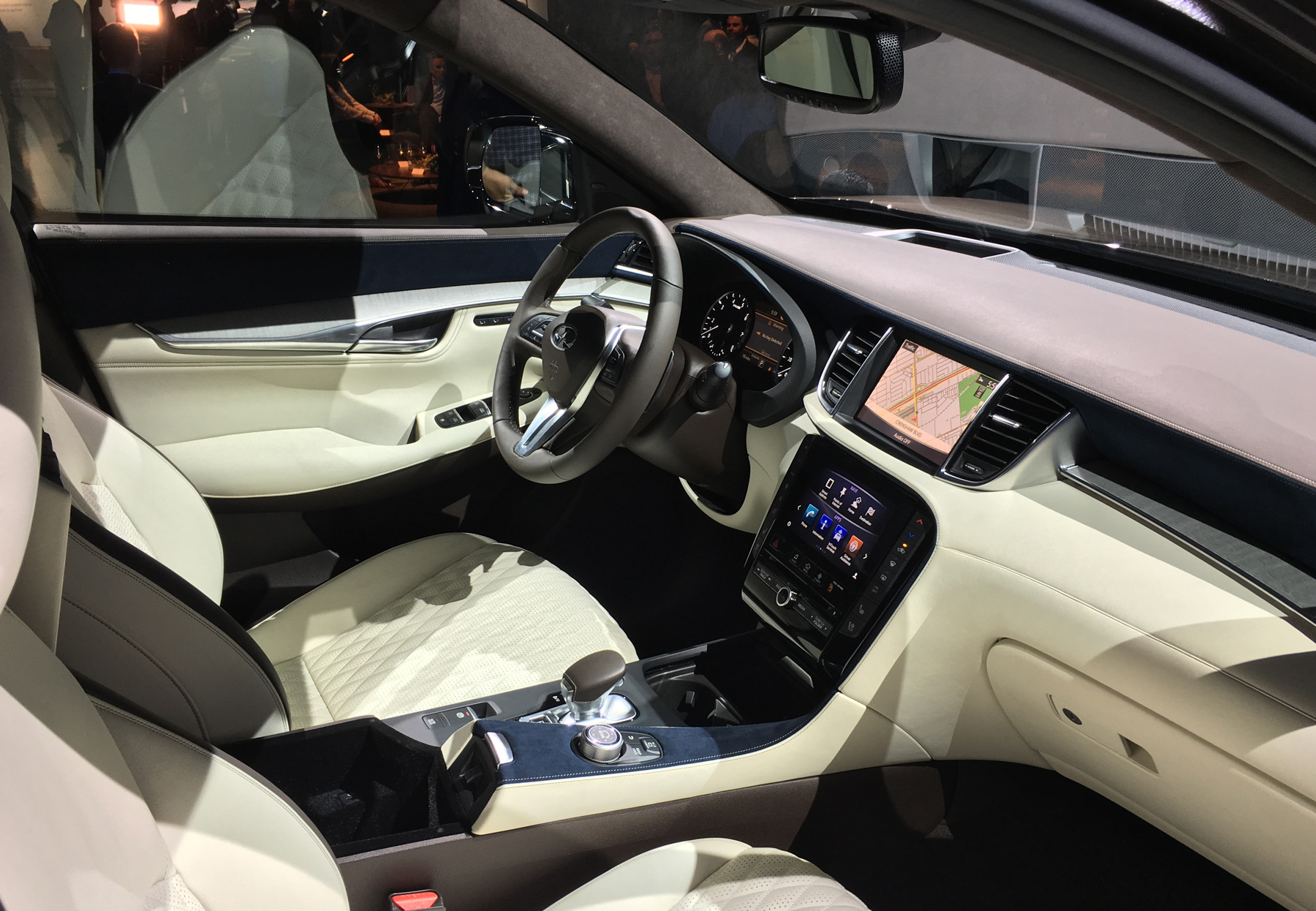