Infiniti has Direction and Vision but now it's a Waiting Game

A series of concepts, including the Qs Inspiration being shown in Toronto, lay out a path to upcoming products

Repeat visitors to the Canadian International AutoShow will notice a theme emerging at the Infiniti stand: last year’s focal point was an electrified concept vehicle, and this year’s falls into the same category. In fact, Infiniti has shown a concept vehicle at the Toronto auto show for the last four years.

“What’s really interesting about the car is that it’s different than what the normal understanding of the sedan is,” said Adam Paterson, managing director of Infiniti Canada, in an interview.  “It’s slightly more lifted. It’s a hatch as opposed to the standard trunk format. It’s a little bit different than what today’s Q50 looks like, and it really nods to the future of electrified Infiniti sedans.”

The time appears ripe for new product from Infiniti. Sales for the brand were below the industry average in 2019, but the bright spot is its most recently redesigned product, the QX50 compact SUV. This nameplate saw sales increase last year by more than 22 per cent. 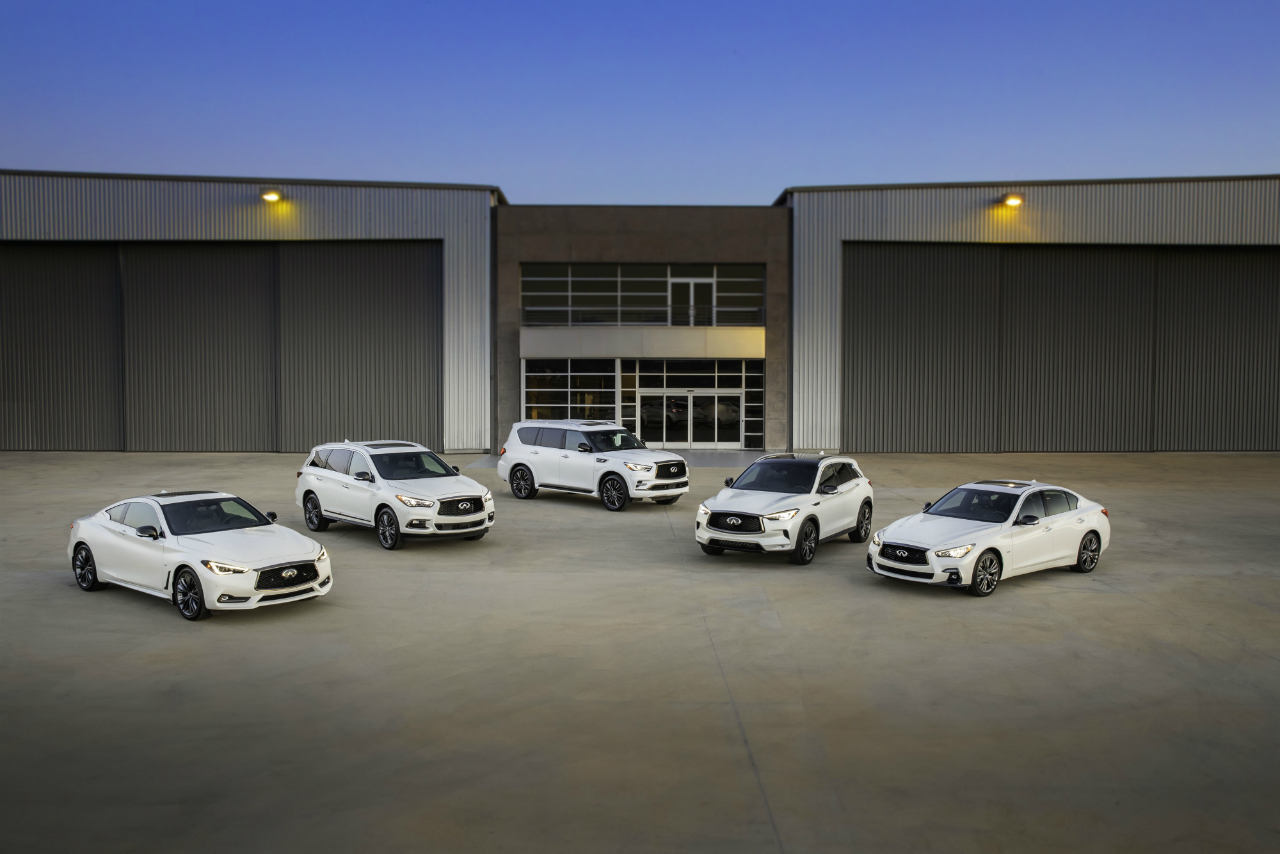 If that’s any indication of what updated offerings can do for the brand – which, as a subsidiary of Nissan, has also been grappling with the scandal surrounding Carlos Ghosn, the former chairman and CEO of the Renault–Nissan–Mitsubishi Alliance who faces charges relating to financial misconduct and who fled house arrest in Japan by escaping to Lebanon – then the arrival of new products could be a salve.

Five new models are expected within the next five years, three of them electrified.

“The first will be QX55, which is a cousin of QX50,” Paterson said, explaining that the QX55 will be a mid-size SUV with a coupe roofline. “We think it will bring back some of that uniqueness to the showroom that we 100 per cent had when we launched FX back in the early 2000s. It’s not the exact same product but it really does harken back to that as far as design is concerned. It will be shown at one of the major auto shows later this year and be on sale shortly after that in Canada.

“Following that in the cadence, the QX60 (mid-size SUV) will be redesigned. And then, after that is when the electrified powertrains start to arrive.”

Note that the term used repeatedly is not electric but electrified. Infiniti is planning a two-pronged approach to electrification: through fully battery electric vehicles in the same style drivers are already used to, such as the Nissan Leaf, and through a new powertrain that combines an electric architecture with an on-board fuel tank and internal combustion engine to power it.

“(It’s) our solution as a transition to EV,” Paterson said. “Today’s two-mode hybrids can actually drive the wheels with the gasoline motor onboard, and a plug-in hybrid allows you to plug in your smaller battery to run (as an) EV for as long as the battery lasts and then you switch over to the gasoline motor. 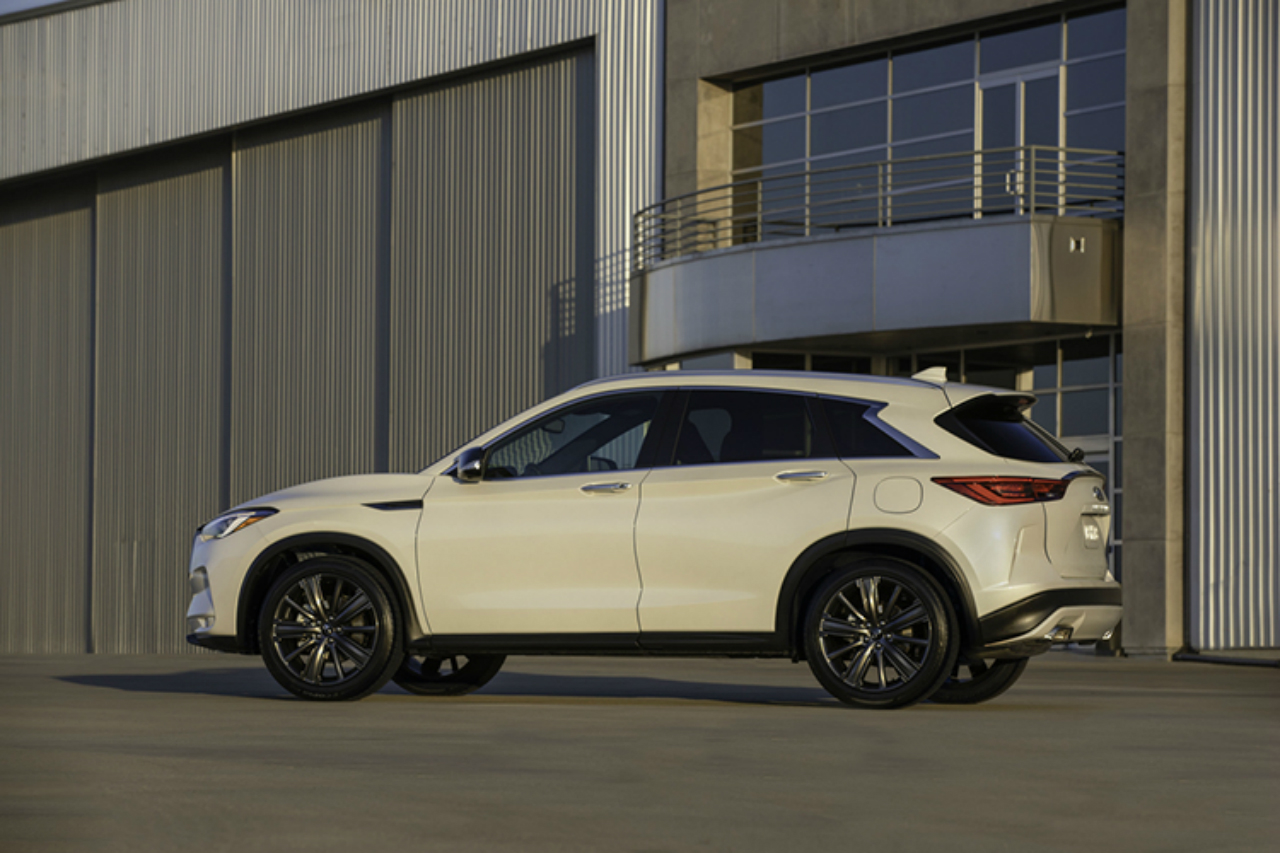 “We’ll operate with that gasoline motor as a generator feeding the battery, but all of the drive will exclusively come from the electric motor, so you’ll never have a connection directly between the gasoline motor and the wheels.”

Paterson said that Infiniti has chosen this direction to avoid having vehicles take on the weight demanded by plug-in hybrid systems, retaining a lighter and sportier drive feel.

“One of the key things that people love about driving EVs is their sportiness, their acceleration,” he said. “The torque is almost instant. While it started as economy was the goal, they’ve really become sporty, fun-to-drive cars.

“We feel that plug-ins, while they may have proper applications, are not for Infiniti. You’re carrying around a big, heavy battery that you can only use for a portion of your drive.

“Our solution is to have a smaller, lighter battery, which will really allow that enjoyable drive but not have you carry the heavy weight that a battery would provide for a plug-in hybrid.”

With Infiniti now looking to the future, Paterson said the company is ready to leave the past few months behind.

“(Makoto Uchida), the new CEO (of Nissan), was in Nashville (in January), where North American headquarters are,” Paterson said. “He reiterated, like he has before, that any turmoil . . . is behind the company.

“While that may play out in the media and people may say things, the company feels like that chapter is closed. We’re working on bringing new products to market and focusing on improving our offerings for both consumers and dealers.”

By Stephanie Wallcraft / Special to wheels.ca