Debuting at the 2018 Pebble Beach Concours d'Elegance, the Infiniti Prototype 10 is a forward-looking speedster hints at striking future design cues.

Bridging past and future, the Infiniti Prototype 10 recaptures the spirit of early speedsters for an era of electrified performance.

Revealed for the first time at the recent 2018 Pebble Beach Concours d’Elegance, the concept represents a physical manifestation of Infiniti’s creative and ambitious plans for electrified performance.

As a brand with technological innovation at its core, electrification is a natural next step for Infiniti. From 2021, every new Infiniti model will feature electric drivetrain technology to enhance performance.

Following the ground-breaking Prototype 9 concept first revealed at the 2017 Pebble Beach Concours d’Elegance, Infiniti has ‘looked back to go forward’ with the Prototype 10.

This is the first project to come to fruition under the direction of Karim Habib, Infiniti’s new Executive Design Director, and it hints at how the brand’s design teams will evolve the appearance of its production cars. 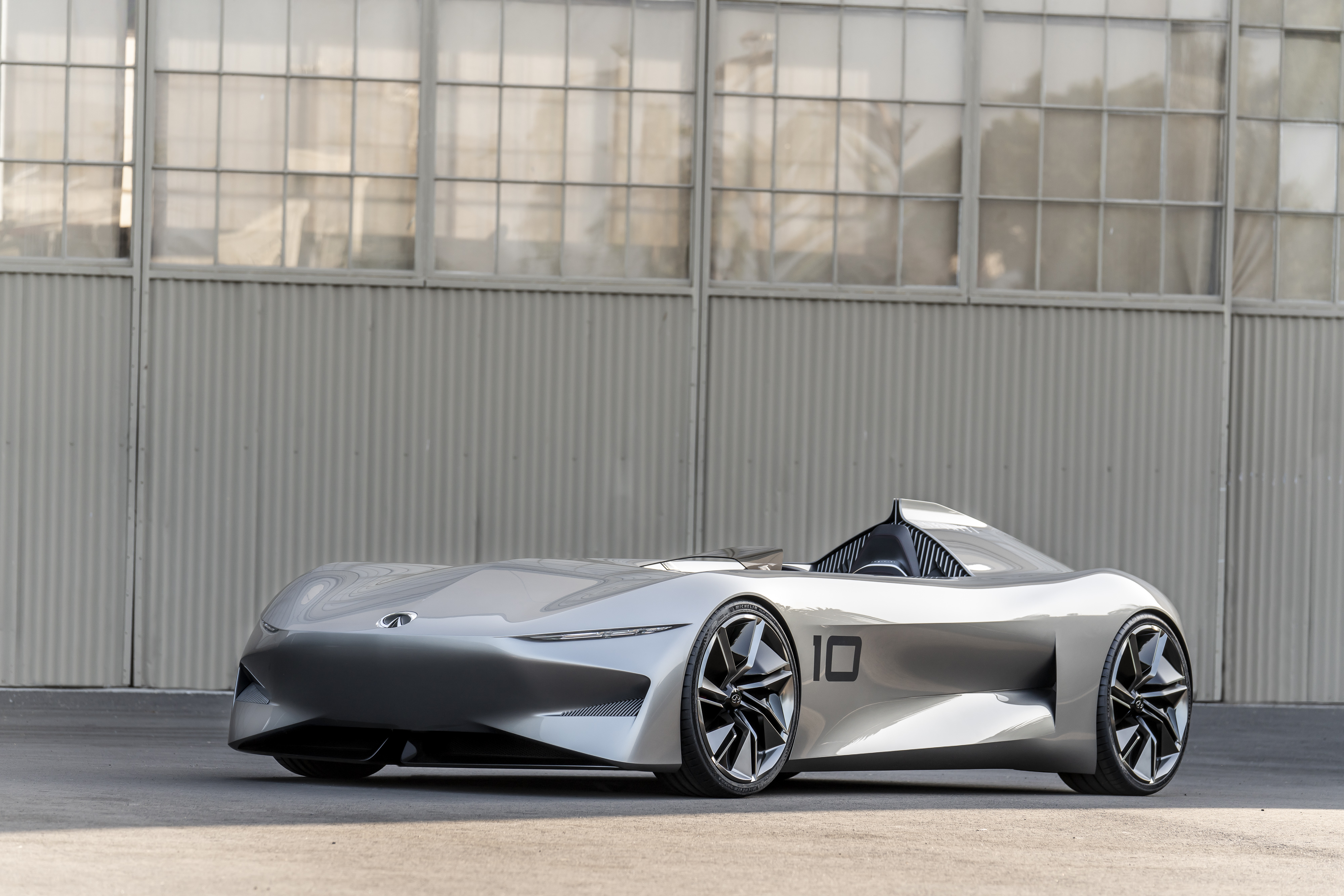 The new concept is resolutely forward-looking in terms of its aesthetics and is a natural evolution of the form language first seen in the Infiniti Q Inspiration and Prototype 9.

The monoposto (single-seat) cockpit is consistent with Infiniti ‘s driver-focused approach, and is indicative of the new opportunities created for Infiniti by adopting electrified powertrains and flexible vehicle platforms.

Utterly daring in its bold execution, the new concept is inspired by the spirit of early speedsters, its form and function evoking driving pleasure and thrilling performance.

Even its monoposto cockpit is consistent with INFINITI’s

Prototype 10’s cockpit design is inspired by single-seat formula racecars – placing the driver fully in-control with an unhindered view of the road ahead, with ready access to ergonomic controls and with minimal distraction. The steering wheel is the most visually arresting element of the cabin, mounted on lightweight carbon fiber struts that extrude out of the bodywork.

There is no need for an intrusive steering column due to the presence of Infiniti’s steer-by-wire Direct Adaptive Steering, providing lightning-fast responses to steering inputs.

The shape of the struts holding the wheel in place is echoed in the form of the steeply raked wind guard, deflecting air over and around the driver’s head and into the cooling ducts.

The small-diameter wheel itself adheres to motorsport principles, with a flat lower section and distinct grips for the driver’s hands – with no gears to change, an electrified powertrain means fewer physical distractions. 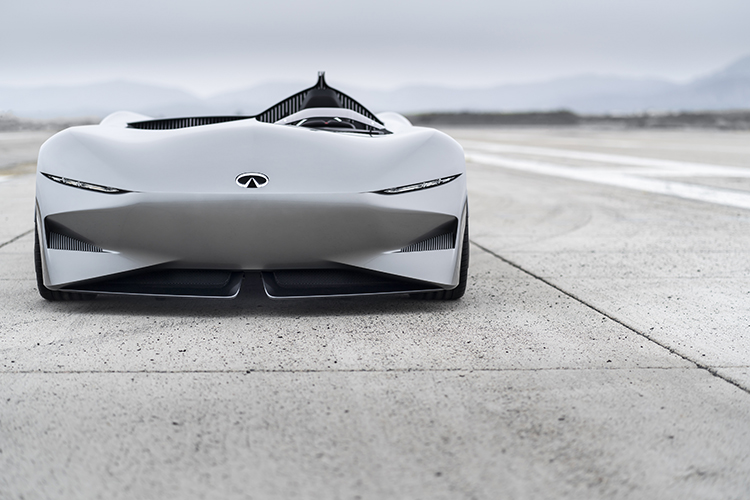 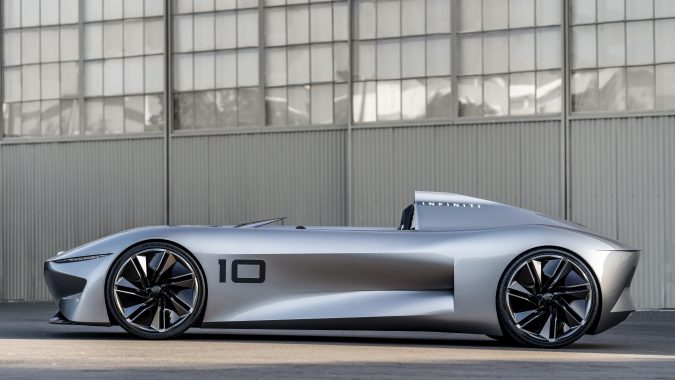 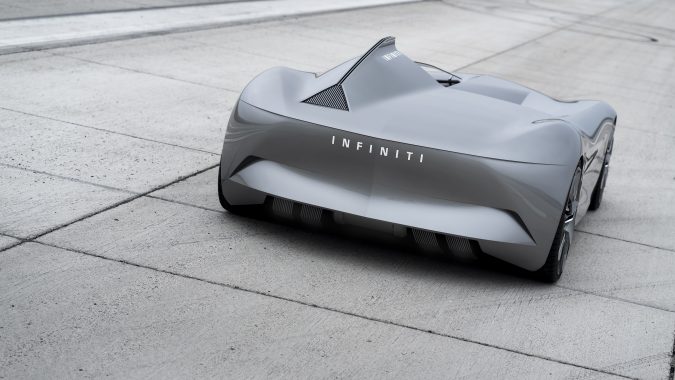