The Project Black S is a collaborative effort between Infiniti and the Renault Sport Formula One racing team.

MONTREAL, PQ: At this weekend’s Canadian Grand Prix, the hot spot to be at night is the Crescent Street Grand Prix Festival, where attendees were literally electrified by the appearance of the Infiniti Project Black S Concept.

First seen earlier this year at the Geneva Motor Show, the Project Black S is a collaborative effort between Infiniti and the Renault Sport Formula One racing team.

It combines many of the lessons learned by this year’s Renault RS17 FI car’s hybrid propulsion system into an aerodynamically balanced, high performance road car.

The result is instant, significant, lag-free acceleration. Inspired by the dual-hybrid system proven in Formula One, the technology does not yet exist in a current road car.

At the Crescent Street Festival, partygoers were invited to walk up to a podium, put their hand on a metal ball and feel the “pulse” of the car, which is inside a protective barrier.

What Infiniti then did was turn up the DC power to the ball, which in turn created enough static electricity for peoples’ hair to stand on end — much to the amusement of onlookers. 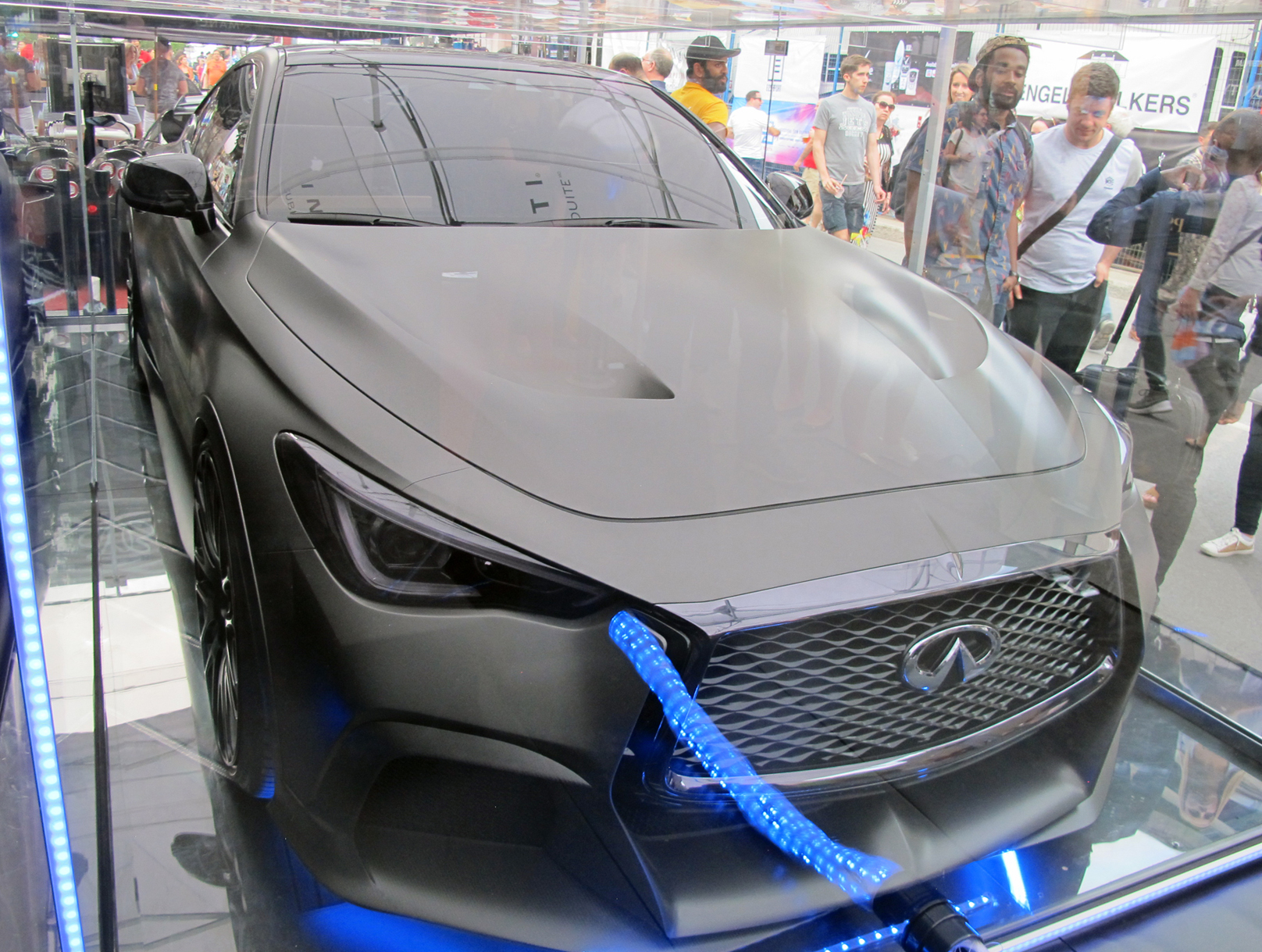 While details of the car are scarce, Infiniti made it known the brand believes the potential is there for a Black S grade model that offers progressive levels of product enhancement – including higher power and torque from innovative powertrains, new or uprated suspension systems, and unique design elements.

If it happens, it would be the Renault-Nissan Alliance’s first consumer Formula One-inspired car.

“As a premium car manufacturer and a technical partner to the Renault Sport Formula One Team, it makes sense for Infiniti to explore the possibility of bringing innovative high-performance hybrid technology to our customers,” said Stephen Lester, managing director, Infiniti Canada.