MONTREAL — If you’re keeping an eye on the new Infiniti Q30 and QX30, heads up: there’s been an important nomenclature change in North America.

When these two cars were shown at the Los Angeles Auto Show last November, the Q30 was a compact hatchback and the QX30 a compact crossover.

At the Montreal International Auto Show this week, both models are making their Canadian debuts — but they now carry the same name.

Infiniti executives decided that since North Americans are so enamoured with crossovers, and luxury hatchbacks aren’t as well-received, the brand will sell more of these if they’re called crossovers across the board.

So, three versions now comprise the QX30 lineup in Canada: the base QX30, a rebadge of what we knew as the front-wheel drive Q30 (which will retain that name in Europe); the QX30S, a rebadge of the Q30S hot hatch; and the QX30 AWD, which matches the Canadian QX30 spec already announced.

It’s a fascinating strategy. But will it work? The answer depends on exactly what Canadians are willing to have sold to them as crossovers.

The differences between these two models are relatively minor. Seating position is the same in both, as are the powertrains. The key differences are in ride height, wheel options, and minor styling elements. 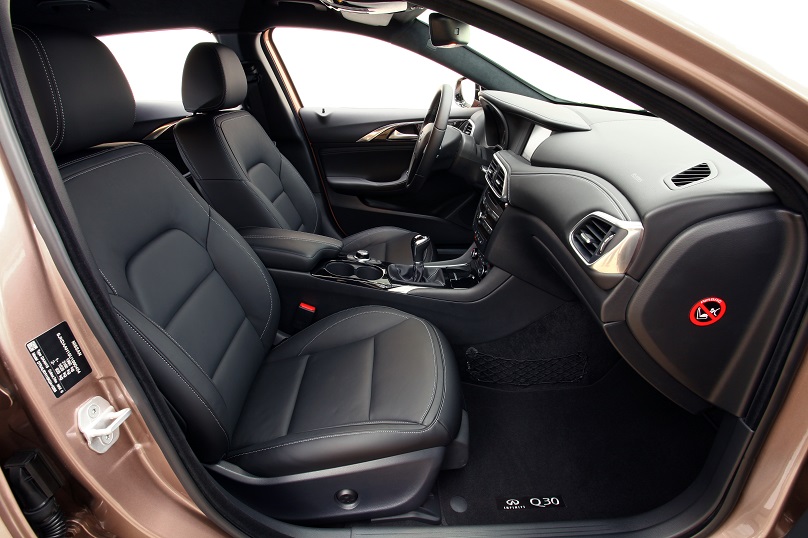 The potential for blowback, though, is that Canadian consumers are well-informed. We might not like being sold a crossover that we know full well the rest of the world calls a hatchback.

Or maybe no one will mind at all and they’ll fly off the lots, in which case lowered compact crossovers may become much more common overnight.

Either way, it’s a marketing exercise that will be well worth watching.

In addition to these launches, Nissan and Infiniti will be busy in Montreal. The QX60 and QX60 Hybrid have been updated for 2016 and are on display featuring exterior design tweaks, chassis changes to provide a “more assured and confidence-inspiring” drive feel, and a new suite of option packages.

The 2016 Nissan Micra Cup schedule has also been issued. As anticipated, three Ontario dates have been added: two at Canadian Tire Motorsport Park (one with the IMSA sports cars in July and another with the NASCAR trucks on Labour Day weekend) and a May event at Calabogie Motorsport Park near Ottawa. However, the calendar was released marked TBA in place of the Montreal Formula 1 weekend in early June.

Only 250 will be available at Nissan dealers in early spring.

Finally, for a bit of fun, Nissan has strapped some heavy-duty snow tracks onto a Rogue and are calling it the Rogue Warrior. It can move at up to 100 km/h and with a 23” ground clearance can scale a 45-degree grade in groomed snow.

All Canadians have had days where one of these would have been handy for getting to work. 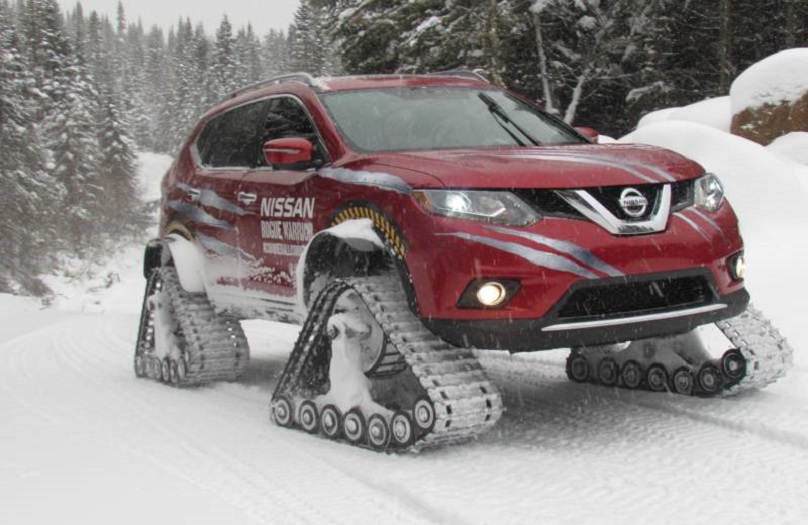 Freelance writer Stephanie Wallcraft earned her frequent-flyer miles this week by covering both the Detroit and Montreal auto shows, thanks to Nissan. A regular contributor to Wheels, she can be reached by emailing wheels@thestar.ca and putting her name in the subject line.