I help organize the team, handle the logistics, arrange the insurance — essentially, I’m involved with the whole team.

Silvia Bellot was on the phone with me this week, driving from the cornfields of Iowa to O’Hare in Chicago to catch a flight to Toronto Pearson.

She’s assistant team manager for the Carlin Motorsport entry in this weekend’s Honda Indy Toronto (Max Chilton and Charlie Kimball are the drivers); the youngest (she’s 32) and so far the only woman serving as an FIA International Steward in Formula One, a job she’s held since 2011.

She’s a busy woman. Last weekend, she was at Iowa Speedway for the Verizon IndyCar Series race there — won, of course, by our own James Hinchcliffe. The weekend before, she was at the Red Bull Ring in Spielberg, working as a steward at the Austrian Grand Prix. My friend, the acclaimed F1 journalist David Tremayne, mentioned her in one of his dispatches.

All of this is important. Of upmost importance, however, is her involvement with the FIA’s Women in Motorsport Commission. She’s an ambassador, representing female motorsport officials and volunteers around the world.

The IndyCar Series has 21 or 22 cars entered for each race (except for Indianapolis). All of them have men driving. Ditto Formula One, and Monster Energy NASCAR Cup, and on and on, etc.

Silvia Bellot wants to change that. She and other women involved in the sport want to create an environment in which girls of 6- or 7-years-old will feel comfortable getting into karting. Then, once established, will be confident that the opportunities and funding will be available for them to pursue a career as a driver or engineer in professional motor racing.

But enough from me. Let’s let her speak for herself. 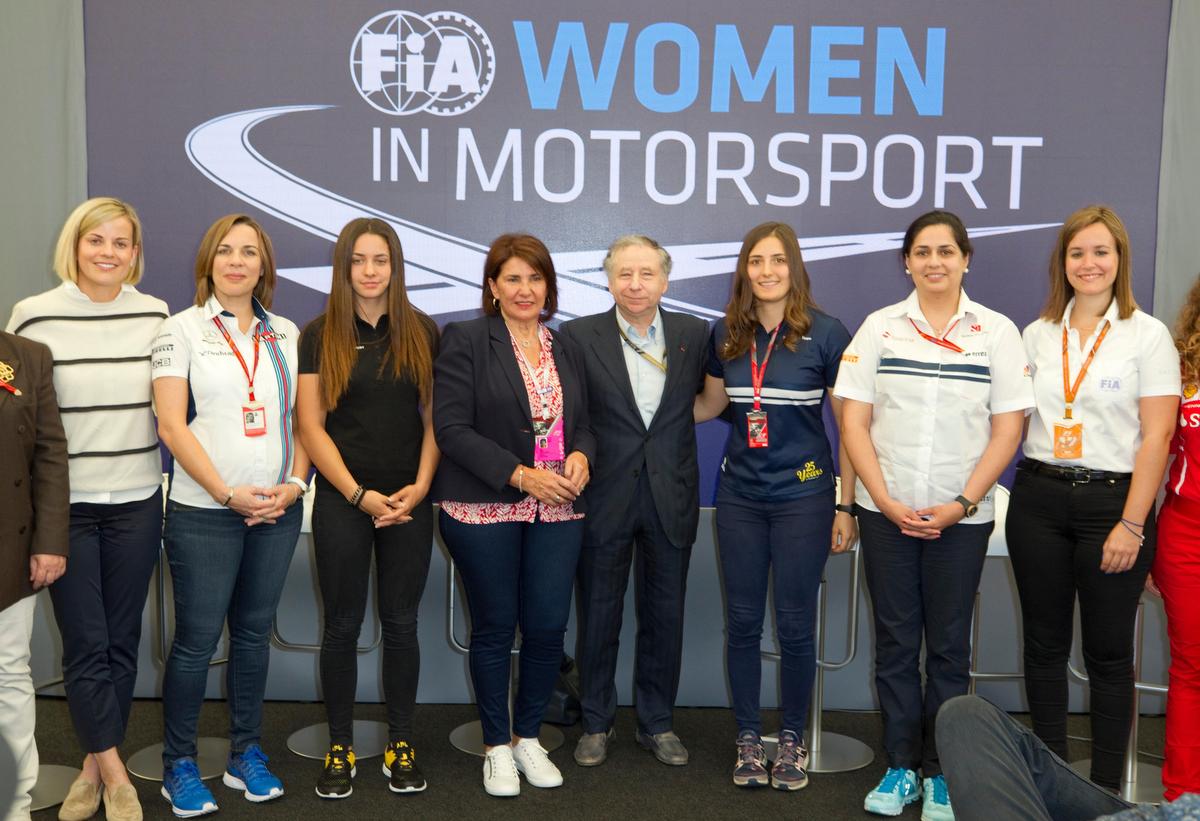 Where are you from, what is your education and how did you get involved in racing?

I am from Barcelona, Spain; I have degrees in biology and fashion design; and I started going to races with my Dad when I was a girl. My father was a steward and a team manager in European rallying. I started as a volunteer, then I was a marshal and finally a steward. I didn’t start out thinking of it as a career, but I was good enough and I made it.

Explain to me the hierarchy and how the steward system works.

There are different grades of international licences. Your knowledge and the grade you’ve got determines your ability to steward in different championships. Stewards in F1 have to have the highest level of licence, which is a superlicence, which means you have more knowledge. Just the best ones can make it there.

The chairman, incidentally, is always one of the permanent FIA stewards. There are only four who are permanent, and I’m one.

What was your toughest day as an F1 steward?

It was in 2012 and it was the last race of the year in Brazil and the championship was on the line. (Jenson Button won the race; Sebastian Vettel won his third world championship). There was a lot of pressure. If something happened, you would have to take a position and that could have an effect on the championship.

You want to make the right decision in the shortest time possible. But it could change the championship. Noting happened, but there was the possibility, so the pressure was very high.

What are your responsibilities as assistant team manager with Carlin?

I help organize the team, handle the logistics, arrange the insurance — essentially, I’m involved with the whole team. This is the first full season for the team in IndyCar so I started this job at the end of last year. We had to start from scratch. We brought over some personnel from the U.K. but we’ve since hired a lot of Americans — engineers and mechanics. We don’t care about the nationality so long as we have the right people for the job.

During a race weekend, I will work with (race driver) Charlie Kimball. I help co-ordinate his pit stops and I’m in contact with Race Control. I direct the mechanics and engineers if we have an issue. I must know the regulations. I have lots of experience with regulations, coming from F1.

The team is based in Florida — we don’t have to deal with the cold winter like a lot of teams do, being based in Indianapolis. We are in Delray Beach, which is in the southeast part of the state on the Atlantic, north of Fort Lauderdale. Coming from the U.K., Carlin wanted to find a place in America where they could experience the nice weather most of the time.

What’s the most fun about what you do?

I enjoy just about everything that I do. I love being a steward, which is a job I’ve had for the last eight years. I’m really enjoying being with the team. I’ve never worked for a team before so I find it really exciting. I’m involved with the Women in Motorsport Commission and I’m really enjoying that as well, trying to get more women involved in the sport as drivers, engineers. I quite enjoy being a role model for some of the young girls coming up, as well.

I also really enjoy the travelling. Working for F1 has allowed me to travel all over the world. The same in America. As Europeans, we didn’t really know America and now I’m getting to know it. You get to know people from different cultures and to be a part of iconic races like the Monaco Grand Prix and Indy 500. It was my first 500 and it was just amazing to be there. Millions of people are looking at what you’re doing and you feel so fortunate.

OK, when will a woman make it to F1? Would the new owners of the company like that to happen?

In Europe, for instance, we’ve got hundreds of guys in karting, so it is easy to find one who could make it to F1. Unfortunately, we only have between 10 and 20 girls doing karting at the international level so it is difficult from this 10 or so to find one that is going to be really successful.

So the first thing we have to do is work on getting more girls interested in the sport and racing in karting and the more you have, the better the chance of finding one who will get to F1.

I think a woman can perfectly be a driver; we’ve had examples like Michelle Mouton and Susie Wolff. Danica Patrick is a perfect example to show that women can perform in motorsports. The only thing we have to do is have more women involved.

The FIA is working on that now, in particular. They have taken the initiative. The EU is involved. I really hope it turns out to be successful.