All Eyes on ‘Team Canada’ as IndyCar Season Starts

Hinchcliffe, Wickens team up for 2018; Claman DeMello third Canadian on the grid this year.

The big news for fans of the Verizon IndyCar Series, which is starting its season this weekend in St. Petersburg, Fla., and will be racing in Toronto in July at the Honda Indy, is the new car, which was unveiled at the North American International Auto Show in Detroit in January.

The car is not 100 per cent new, in that the chassis base is still the tried-and-true Dallara DW12. But the universal bodywork is all new and is based on the cars raced in the old CART series back in the late 1990s and early 2000s, which were, frankly, rocket-ship sexy as compared to the rowboats the series used in recent years that were like the original Indy Racing League cars.

“Everybody is hyped about the new car,” said retired Canadian IndyCar driver Scott Goodyear, who will once again be working in television as a colour commentator/analyst for ABC/ESPN.

In an interview conducted by phone last weekend, Goodyear told Toronto Star Wheels that there is great excitement as the opening race draws near (12:30 p.m. Sunday, Sportsnet), that IndyCar is in great shape at both the management level and on the competition side, that Penske Racing driver Josef Newgarden will likely be the driver to beat as the season progresses, and that all eyes are on Schmidt Peterson Motorsports and its “Team Canada” driving duo of James Hinchcliffe and Robert Wickens.

“All the teams and drivers are passionate about the new car,” continued Goodyear, who drove 14 seasons in IndyCar, making the field for the Indianapolis 500 11 times and nearly winning the world’s most famous race three times. His second-place in 1992 (0.043 seconds behind Al Unser Jr.) is still the closest finish in the 100-plus-year history of the Indy 500.

“It looks like a missile,” he continued. “It’s obviously harder to drive, which is good. I was at Sebring for the test days there, and I watched as the drivers really had to work the (steering) wheel inside the cockpit and to modulate the throttle. The brakes were glowing bright red, which means they were standing on them hard. I felt like a kid again, just watching them.” 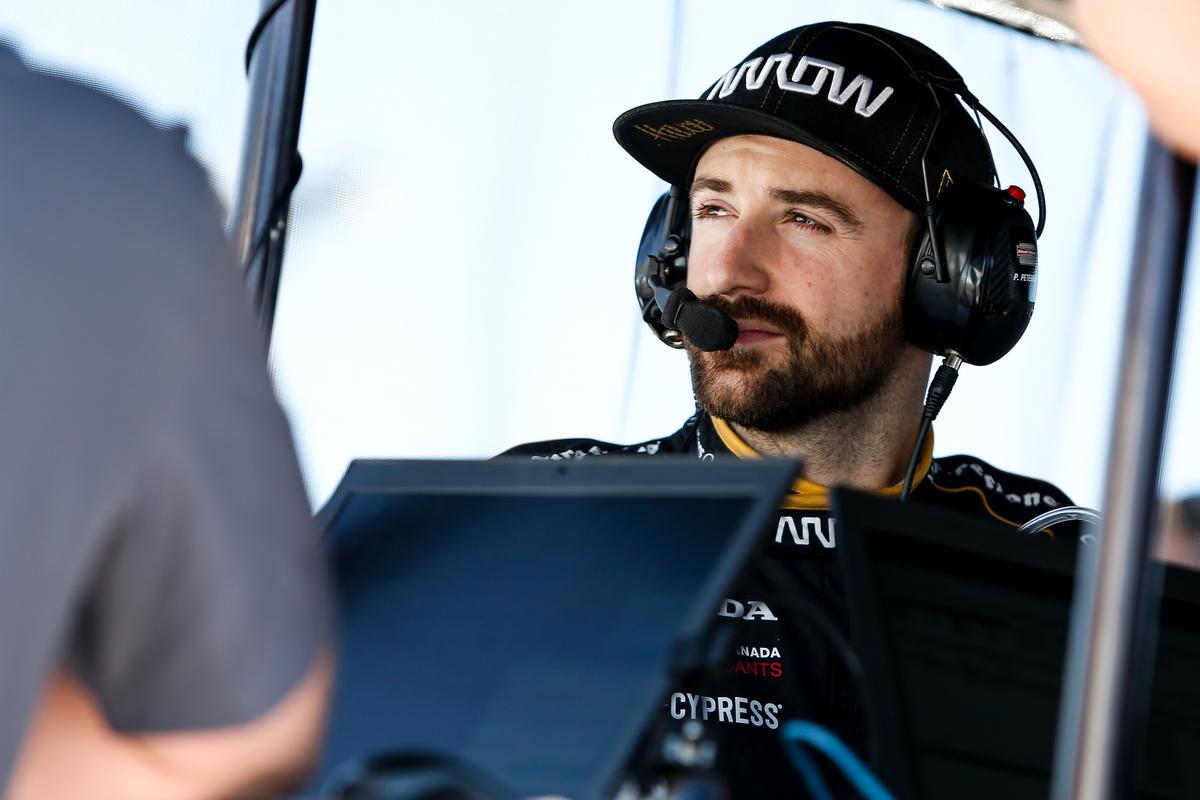 Goodyear said, of course, that practising is one thing and that the series, and the participants, won’t really know what they’ve got until they’ve actually turned a couple dozen of the new cars loose in a race.

“I think it’s (the car) going to be tremendous,” he said. “But we won’t know for sure till the first race.”

Although there is no timetable — as yet — for its formal introduction, IndyCar also conducted a test at Sebring this winter of a “windscreen” cockpit protection device as a result of Formula One’s introduction for 2018 of what it’s calling a cockpit “halo” to prevent objects from entering the open cockpit and injuring the driver.

Said Goodyear: “I think the windscreen looks tremendous and is much more attractive than the halo. Scott Dixon (the driver who conducted the test) said it was quieter in the cockpit and hotter because the amount of air flowing through is diminished. But it (cockpit protection) has to happen, and I think the windscreen is the best option. My concern with the halo is that if something happens and it bends or is bent, it could wind up hurting the driver. Of course, the best thing would be to never have to find out if either of them work.”

Goodyear described the pairing of Oakville native Hinchcliffe and Guelph native Wickens as a “couple of relaxed, friendly, Canadian personalities” that should prove beneficial for both drivers.

Team leader Hinchcliffe, of course, doesn’t really need any introduction. If you’re looking for extremes, Hinchcliffe — a.k.a. “The Mayor (of Hinchtown)” or “Hinch” — nearly bled to death after suffering a horrendous crash at Indianapolis three years ago and then nearly won television’s Dancing with the Stars two years ago, finishing second to a U.S. Olympic gymnast in an Olympic year.

He is a talented, fast racer who is due to dominate.

Wickens was destined to drive in Formula One — he was a rising, open-wheel star with a bullet beside his name — but European-centric F1 politics did him in. The year he won his last major open-wheel title, the Renault F3.5 championship, the guy who finished second in the standings, Jean-Eric Vergne of France, went to Formula One and Canada’s Wickens wound up in a sedan series, the German Touring Car Championship (DTM), driving for Mercedes. 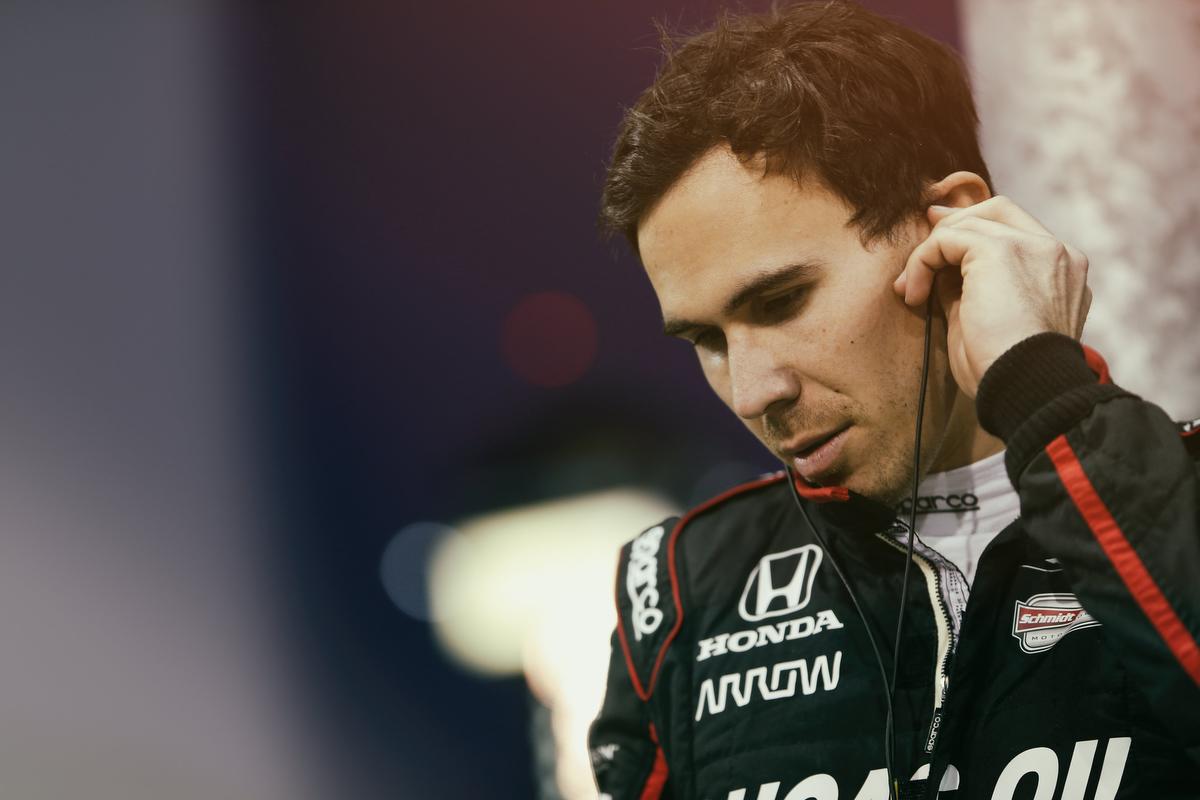 After six seasons, he left the DTM last fall to resume his open-wheel career as Hinchcliffe’s teammate at Schmidt Peterson. That they are close friends has helped him in the transition.

Goodyear said he watched them work together at the Sebring test and was impressed. “They will both benefit,” he said. “Those two guys are very smart and they can feed off each other. It’s a good marriage, particularly for James.

“He is now racing with a guy he can trust. To be successful in this sport, you have to eat, sleep and breathe racing and be up front about everything, and Robbie is that kind of guy. James is a thinking driver, and a lot of that will rub off on Robbie.

“I was at the Sebring test and was very impressed with Wickens. He’s smooth. I know what he was up against — new car, new team — and he was amazing.”

Goodyear said he fully expects that “Team Canada” will be very close together on the grid. “They could be one-two in qualifying, or 13th and 14th, but I really expect them to be right beside each other. And if that happens, that team will improve, which will be good. IndyCar needs another team to challenge the dominance of Penske.”

Speaking of Team Penske, Goodyear suggested during our chat that Newgarden will likely be the guy to beat again because he is still young — 27 — and he is so very talented.

“This might sound strange,” Goodyear said, “but I think Josef is a better driver now than he was when the 2017 season ended. He’s kept up his training, and I think that he’s more relaxed and confident. The best thing about being with Penske is that if he has any failings early on, Roger will see them and put an end to them. Of all the young drivers out there, Roger made the right choice with Newgarden.

“Of course, his teammates will have something to say about things,” Goodyear continued. “Simon Pagenaud and Will Power are both great drivers and they will have access to everything that Josef has — the technology and the engineers — so, they will be strong too.”

“It will be interesting to see who goes to the top at Andretti,” he said. “Will it be Marco (Andretti), with all his talent that he’s never really shown, or Ryan Hunter-Reay, who had the worst luck during 2017. Those are the two to keep an eye on at that team.

“Dixon (Chip Ganassi) is always there and has incredible ability. He can take a fifth-place car and finish third or fourth in it, he’s that good. He’s not showing any signs of slowing down. And Foyt has made some big changes during the off-season. Tony Kanaan is the new team leader there, and I really think he is relishing his role. I know that Tony wants to bring that team up to where it needs to be and if anyone can do it, it’s Tony.

“And Tony’s protégé is the second Foyt driver. Matheus Leist is also from Brazil, but if you are asking me about a dark horse, he would be the one. I went to watch the Phoenix oval-track test and he impressed me the most there. I was high in the grandstands between Turns 1 and 2 and watching him, and he used every available millimetre of asphalt. He could get himself into trouble and hit the wall, but if he doesn’t, watch out. He’s a diamond in the rough. I don’t think I’ve seen any young driver with road-racing experience take to an oval like Arie Luyendyk did 20 years ago until I saw this guy. He has no fear and had the car flying.”

Goodyear talked about two other drivers as our interview wound down — Graham Rahal and a third Canadian who will be making his debut at St. Petersburg, Zachary Claman DeMelo of Montreal.

“I look for big things from Graham this year,” Goodyear said. “Graham has always been impressive while driving for a one-car team (his father, Bobby, is the owner with help from David Letterman and Mike Lanigan), but this year, he will have Takuma Sato as his teammate and he will benefit from having the second car around.”

The ABC analyst admitted to not knowing Claman DeMelo but suggested that he can only benefit this season by driving for Dale Coyne Racing and having Sebastien Bourdais as his teammate.

DeMelo will drive the second Coyne car in 10 of the IndyCar Series’ 17 races, including the July 15 Honda Indy Toronto, with Pietro Fittipaldi (Emmerson’s grandson) in the cockpit the rest of the time.

Goodyear said that the IndyCar series is stronger than it has been for years because of the leadership of league president and CEO, Mark Myles.

“Yes,” he said, “I know that the series is in the last year of a television contract and that Verizon will not be back as title sponsor past this year, but I can tell you that Myles is the best man, both from a political and business perspective, to make deals for IndyCar into the future. 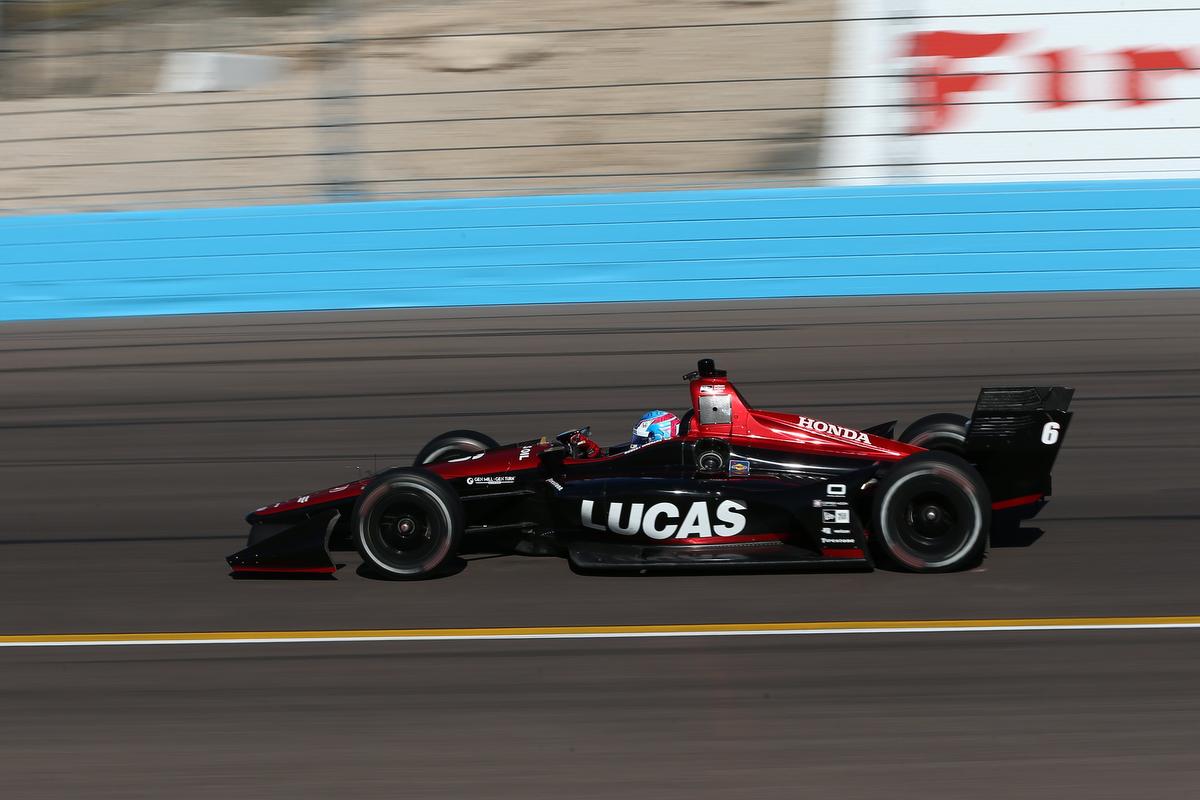 The fourth annual Motorama Custom Car & Motorsports Expo is taking place this weekend at the International Centre in Mississauga, and the lineup of guest stars is impressive.

Saturday evening, a drag racing night of champions will salute racers who won track or series championships in 2017, and that will be followed by a short track night of champions in which nearly 90 short-track titlists from across Canada will be honoured.

Among the many custom cars on display will be a stunning 3,500-horsepower 1957 Chevrolet owned by Jeff Lutz of Callery, Pa., that is currently working its way up “The List” on Discovery Channel’s hit show, Street Outlaws.

For more information, go to motoramashow.com