INDY LIGHTS: Montreal speedster might be Canada’s next Paul Tracy

Zachary Claman Demelo of Montreal is preparing for his debut season of Indy Lights in 2016 with championship-defending team Juncos Racing.

It’s been a fair while since Canada had a hopeful to cheer for in Indy Lights, the final rung of the Mazda Road to Indy ladder that leads into the Verizon IndyCar Series.

The last Canadian to graduate the system was James Hinchcliffe at the end of 2010.

This year, it seems the long wait may be over. There are two Canadians confirmed for the full 2016 Indy Lights season and a third who’s got a foot in the door but is still fighting to pull a budget together.

The latter is Scott Hargrove, a native of Surrey, B.C., who has made a name for himself in recent years by winning an American junior open-wheel title in 2013 and the Porsche GT3 Cup Canada title a year later. He’s entered for the opening two races of the season in St. Petersburg, Fla., this weekend but beyond that, his future is uncertain.

RELATED: The 7 Races of the Honda Indy Toronto

One of the full-time entrants is Toronto’s Dalton Kellett, whose name has been in the press regularly here in Canada as he’s made a steady climb through the Mazda Road to Indy system since landing there in 2012.

But even the most ardent followers of racing may find that the third name leaves them scratching their heads. Who on Earth is Zachary Claman Demelo? And how did he end up in Indy Lights, just one step away from IndyCar and the big time?

The answer: he’s 17 years old, he’s from Montreal, and the reason you likely haven’t heard of him is that he’s spent his entire car racing career in Europe, where it’s much harder for Canadians to get publicity here at home.

Those who have noticed him, though, are going around telling people this guy is going to be the next Paul Tracy. 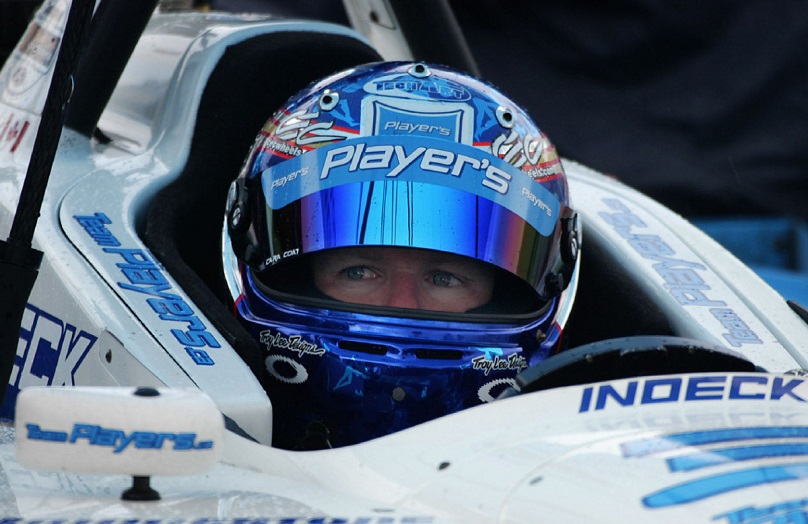 On paper, at least, such a claim doesn’t seem completely out of left field. Claman Demelo had a curious introduction to the sport — at a birthday party of all things — and has been winning consistently since he first plunked himself down into a competitive kart seat.

He’s got four Eastern Canadian Karting Championships to his name and three Canadian national championships. After earning an invitation to Europe for the world final, he opted to stay there to deepen his career development.

He competed in Formula Renault at several levels, and he also entered eight British Formula 3 races at the end of 2015 — and won every single one.

Claman Demelo was on a testing path that might have put him into the FIA Formula 3 European Championship this year when Indy Lights entered the discussion. His coach, Mike Wilson, happens to have a close contact in Ricardo Juncos, owner of the 2015 Indy Lights championship-winning team Juncos Racing.

“We decided to come over and do a test and see how it went,” Claman Demelo says. “It went really well, so we decided to sign.”

Now, he suddenly finds himself facing a raft of new challenges at once: he has to learn a new car, re-learn the North American racing culture — and then there’s that little detail of having never raced on an oval track in his life.

On the first point, the small amount of testing he’s been able to do has him feeling confident.

“In terms of downforce the cars are quite similar, but (the Indy Lights) car has a lot more power than the F3,” he says. “I was naturally quick as soon as I got into the car. It was just small things that took a while to get used to, like the braking. Overall, the transition was good.”

Getting used to driving in circles, on the other hand, is a bigger jump. He admits his first pre-season test at Phoenix International Raceway left him a bit flummoxed.

“It’s a lot to get your head around,” he says. “The first time on an oval is a lot to take in. After you get time to think about (something) and come back, the second time is always a lot better.”

Though he describes his own driving style as “very aggressive but clean,” Claman Demelo takes a sanguine approach in an age where young drivers are often accused of advancing too young and too quickly and taking too many risks.

“I think I moved up at a really early age as well, but me and my coaches and the people around me felt I was ready to move up,” he says. “I think I’m mature enough to understand what I can’t do.

“I think sometimes if people don’t like you it’s because you’re doing your job well.”

Though this season’s Indy Lights field is one of the strongest in years, Claman Demelo says he expects to be up front competing for wins. Ultimately, though, he’s just happy to be there. “(I want) to be a professional racing driver,” he says. “In terms of where it is, I don’t really mind. I’d like to be a paid racing driver and do it for a living. It’s a big passion of mine.

“Open-wheel is my main goal at the moment, but I’d also love to try NASCAR or any other type of racing I can. I would never turn anything down.”

And on the subject of whether he will, in fact, be the next Paul Tracy?

“I was a bit young when he was racing, so I didn’t follow his career that much,” Claman Demelo says. “But I do know quite a bit about him and have watched some of his old races.

“It’s hard to compare myself to someone, but I think I will have a lot of success in the future and be aggressive and hopefully get a lot of race wins like Paul did.”

Freelance writer Stephanie Wallcraft is a frequent contributor to Toronto Star Wheels. Reach her by emailing wheels@thestar.ca and putting her name in the subject line.