One of Canada’s greatest racing drivers discusses the big race and who he thinks will drive into Victory Lane.

Join the Conversation (0)
Scott Goodyear is one of Canada’s greatest racing drivers. An inductee of the Canadian Motorsport Hall of Fame and the Ontario Sports Hall of Fame, he drove in 11 Indianapolis 500-mile races and came that close to winning three of them. He was also a champion sports car racer.

But I didn’t start this piece to talk about Goodyear, the driver. I wanted to introduce him because the other day, I talked with him about this year’s 500, which goes to the post Sunday at noon, and he knows the race and the field of drivers cold because of his current role as colour analyst on ABC/ESPN telecasts of the Verizon IndyCar Series.

As we do several times a year, we talked for about 45 minutes and covered a lot of territory. I came away from our conversation with three distinct impressions — that when all cylinders are clicking, Team Penske will be difficult to beat, particularly Helio Castroneves; Fernando Alonso works very hard at his craft, but when you come right down to it, he probably won’t win the race; James Hinchcliffe appears to be somewhat out of sorts (emphasis on the word “somewhat”), which is disconcerting for his fans; and it would benefit the Indianapolis 500 and IndyCar racing in general if one of two drivers, in particular, drove into Victory Lane. 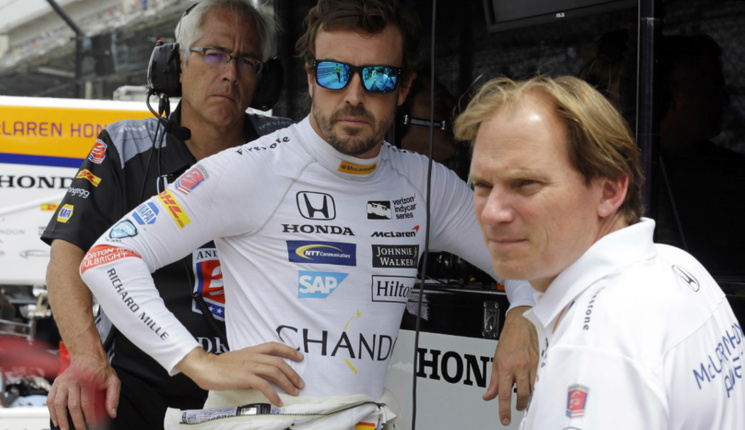 Goodyear said, first, that Castroneves, 42, is behaving very much like a 20-year-old. There are suggestions he might be hearing footsteps; he’s no spring chicken, and there are strong rumours that he might be furloughed from full-time employment at Team Penske in much the same way Juan Pablo Montoya was shown the door this year.

“He’s always been a lively guy,” Goodyear said, “but there’s no doubt he’s pretty wound up this year, and he’s driving really well. He’s going to be one of the ones to watch, once the race gets going.”

The Canadian veteran said he senses that Josef Newgarden, who is new to Team Penske this season, might be starting to feel the pressure. He crashed last week on the Thursday, for instance, and hasn’t looked particularly happy this May.

“Josef has always been a pretty happy guy,” Goodyear said, “but it’s possible that the realization he’s a Penske driver might be starting to sink in. There’s the heritage of the team, for instance, but on top of that, there’s the expectation of performance that’s so important there. He could be starting to realize that the chips are down now.”

Asked about Will Power, who dominated the Grand Prix of Indianapolis road race two weeks ago — he led every practice, won the pole in qualifying, won the race and set fastest race lap — Goodyear said that he, also, could be right up there.

“But I’d still put my money on Castroneves and the other regular Penske driver, Simon Pagenaud, who’s the defending series champion, who’s also driving very well so far this season.”

“And he’s very respectful of the other drivers. It seems strange to say, but the guy’s making $40 million a year and he’s got a private jet and he’s got to integrate himself with people who might not see that kind of money in 10 years. Some guys come here from another series (F1 driver Nigel Mansell, for instance, was a real showman) and really put themselves out there. But Alonso has been very careful to try to be a regular guy and to not deliberately take attention away from any other driver.”

The analyst said that Andretti Autosport has an excellent roster of drivers, with Alonso at the centre of it. “Ryan Hunter-Reay is the most successful Indy driver of that group. He’s among the fastest half-dozen guys in the series and could have won this race a second time already. He’ll make a good teammate. Marco (Andretti) always runs strongly at Indy. I expect he will do that here again. Last year’s winner, Alexander Rossi is on that team and will have insights. He has more knowledge now and has some ovals under his belt. Takuma Sato knows his way around here and was in a position to win just a few years ago. And Alonso himself seemed to be right at home from the first time he drove out onto the track. They have a strong and formidable team.”

He said Alonso is doing everything he can possibly do to prepare for the race, but if there’s an Achilles heel anywhere, it might be when he heads for the pits.

“In Formula One, you generally pit by yourself. You have a wide pit lane, and you’re in and out. Here, there are a lot of people around. When the pits open (after a caution flag), many cars will be heading in, all the pit lanes’ signs are being waved up and down, it’s tough sometimes to find your pit box. So, when it was windy one day during practice, he only went out for a few laps, and then he went to the pit and they practised pit stops. That’s a learning curve; running in traffic is another learning curve.

He said, though, that if Alonso is running around the top five late in the race, he’ll consider it a successful day. “No doubt, he’s going to learn very quickly at the end of the day that when it comes down to 10 to 15 laps to go, things ramp up here in a real hurry. I think about Nigel Mansell leading in ’93 and coming to the restart and getting swallowed up.”


Goodyear said he’d asked a question that he knows many other people are asking: with six cars, is Michael Andretti’s team stretched too thin.

“I asked him — we talked about racing and other things for about an hour — and he said he wasn’t, that they planned to run that many cars, anyway. I think he’s got about 160 employees now. Yes, if they start crashing in practice and people have to stay at work till late at night, then it could be a problem. But otherwise, no.

“And if you asked me which of all his drivers will be there at the end, I would say, first, Ryan Hunter-Reay and then Marco.”

Analyst Goodyear says that one of the most underrated, smartest, calculating drivers out there is Scott Dixon, who’s No. 1 for Chip Ganassi Racing. In fact, he compared him in our conversation to F1 champion Alain Prost, who was nicknamed “The Professor.”

“When you talk about the Ganassi guys, it looks like Scott is exactly the same as he was last year (fast as lightning) while Tony (Kanaan) didn’t have early speed. Never discount Tony, but he’s going to have to make circumstances work for him. When it comes to outright speed, Dixon — who won the pole for Sunday’s race — is the only Ganassi runner who seems to have everything all together.”

Hinchcliffe has been a bit of a puzzle this May. “When you were so damn fast here a year ago (when Hinchcliffe won the pole), why would you not bring everything the same and get going again? So, that’s perplexed me.” Hinchcliffe eventually qualified 17th in the 33-car field but said that although his laps had been very consistent, the car didn’t have the pace (speed) that he was expecting.

Goodyear added later that Hinchcliffe would be getting a new motor and that should help him in the race. “I understand a new motor will improve performance. I watched him in practice today, and I would say his race car looks solid.”

Goodyear said that although he has a partner for the 500 in Oriol Servia, Graham Rahal’s team is generally just the one car. So, “I told you who I thought were the top drivers in the top teams, so I don’t think you can count Graham Rahal out, the way things are coming around for him. He always finds a way to get himself up there, somehow.”

The retired driver said that when he ran Indy, he was very specific about the details. He didn’t run one 500-mile race, he ran five 100-mile races, and he thinks more drivers could be successful if they followed his philosophy.

“The track changes so often, it’s like you go 100 miles and then you stop your car, load it up and go to a different track and start all over again. You’re doing 100 miles at Putnamville (Ind.), and another 100 at Winchester (Speedway) and then you’re coming back to Indy. If you’re not on top of it, smart enough to follow it, smart enough to relay information to your engineer and get everything going so that your car is ready to go at the end — because that’s all I ever worked on when I was here — you’re not going to be a contender in the end.

“That’s the key to race day. Yes, it’s the team, yes, it’s the strategy and the luck along the way, but this race is about details. The race today isn’t like it used to be. We’re not leading by 30 car lengths anymore. Invariably, we’re going to get a restart with 10 or 15 laps to go, and there’s nobody pulling away to lead the event, because you just don’t run away from anybody anymore.

“From what I was doing back then to what you have to do today is, your car has to be its absolute best for that last shootout because that’s how our style of racing is today. Get a lead, hold onto it and hope there’s no yellow.”

“I would like to see win — because I think it would be great for not only Indy car racing but North American racing as well — either Graham Rahal or Marco Andretti. It’s because of the legacy of their names. I think it would add so much to this sport.” 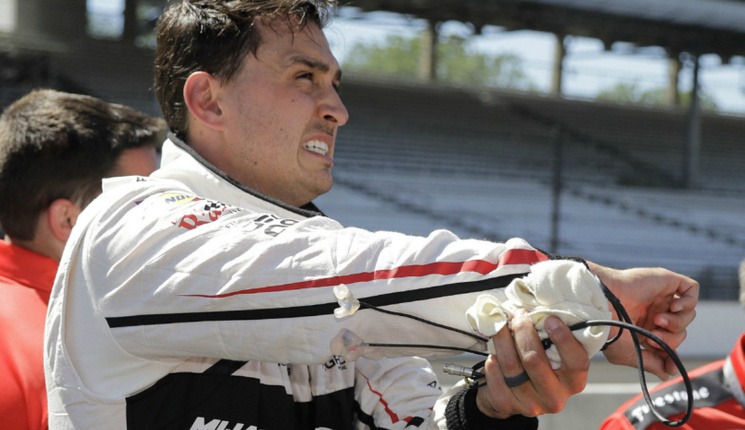