IIHS Says Rear Seat Passengers Not as Safe as the Front

The latest study looked at 117 crashes where the rear seat occupants were killed or seriously injured.

The latest update from the Insurance Institute for Highway Safety suggests that back seat passengers could be getting it in the rear when it comes to crash safety. And that they could use some improvements to rear-seat restraint systems. So they’re working on a test to help measure those improvements.

The IIHS is the big name when it comes to crash tests, safety awards, and casting a light on vehicle safety. The insurance-sponsored group has been performing its own safety testing for decades and has helped drive new safety tech like automatic high beams.

IIHS’s first look at rear-seat injuries and fatalities was in 2014. They researched crashes from 2007-2012 where there were belted passengers in the front and rear row of seats. Data showed that “adults in the rear are more likely than adults in the front to sustain chest injuries, along with some evidence of an elevated risk of head and neck injuries for restrained women seated in the rear compared with the front.” 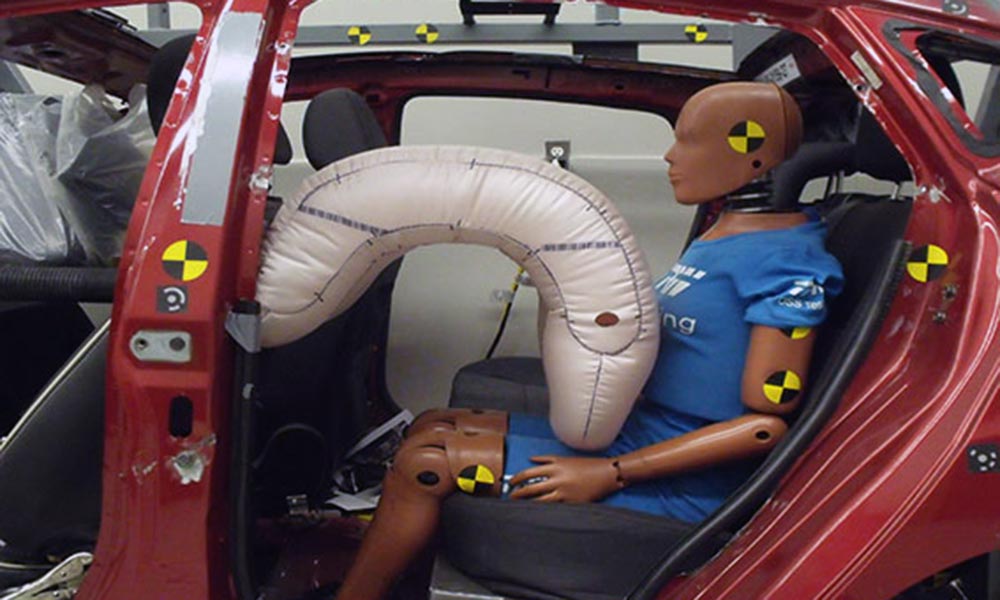 The latest study looked at 117 crashes where the rear seat occupants were killed or seriously injured. They found that the most common type of injury was a chest injury. It also found that most of the fatal cases “were considered survivable.” Which means that there was enough space inside the car for the passenger after the crash. That shows that there is room for safety improvement with improved restraints.

IIHS researchers found that most of the rear seat chest injuries, the most common cause of fatal injury, were due to “excessive forces from the shoulder belt.”

Front seat passengers benefit from force limiters. A device that makes sure the passenger isn’t stopped too quickly by the belt. Rear-seat passengers don’t get those. Some automakers, like Ford, have also added an airbag to the rear seat safety belts which can also help protect passengers.

The IIHS says that it’s not going to tell automakers how to make the back seat safer. That’s not what they do. What they’re proposing and developing is a crash test that can evaluate protection for rear seat passengers. Once they start getting a score assigned to it, automakers will likely rush to find what technologies and solutions will work.

A Century of Automobile Safety – The Early Years.