The existing gas-powered record was set back in 1999 by F1 driver Nick Heidfeld, steering a McLaren MP4/13.

Volkswagen’s ID. R is continuing to redefine electric race car performance. And now it’s smashed another gas-powered record . Chopping nearly two full seconds off of a 20-year old record at the Goodwood Festival of Speed over the weekend.

The Goodwood Festival of Speed Hillclimb has been held since 1993. It’s a race up the driveway of the Goodwood estate. A 1.86 km-long, nine-turn driveway. And while that might sound like an odd course, it’s seen some extremely tight competition. On some extremely tight corners, lined with massive bales of hay on the easy parts, and a massive stone wall that’s likely older than most buildings in Canada on the tricky bits.

The existing record was set back in 1999. By F1 driver Nick Heidfeld, steering a McLaren MP4/13. The V10-powered car that won the Formula 1 driver and constructor’s titles the year before. It ran the driveway in 41.6 seconds. Formula 1 cars were promptly banned from timed runs, because that was far too quick up the hill. And if you watch the video of the run, Heidfeld was barely keeping it pointed forward.

Since then, dozens of cars have tried to take the record. None were successful, until the ID. R.

This is the car’s second attempt. Last year, it ran 43.86 seconds. This year, with more downforce and a special Bridgestone tire, Volkswagen was back.

The 680 hp electric ID. R racer added to it’s Pikes Peak and Nurburgring records by launching up the hill in 39.90 seconds. 1.7 seconds quicker than the old record.

“I am very proud to have set the all-time record in Goodwood with the ID.R. The short hillclimb is a very special challenge. Because the track is so short, I could not afford to make even the slightest mistake, and every aspect of the fine-tuning of the ID.R had to be perfect. That was particularly challenging, as we were not able to test on the route beforehand,” said driver Romain Dumas. 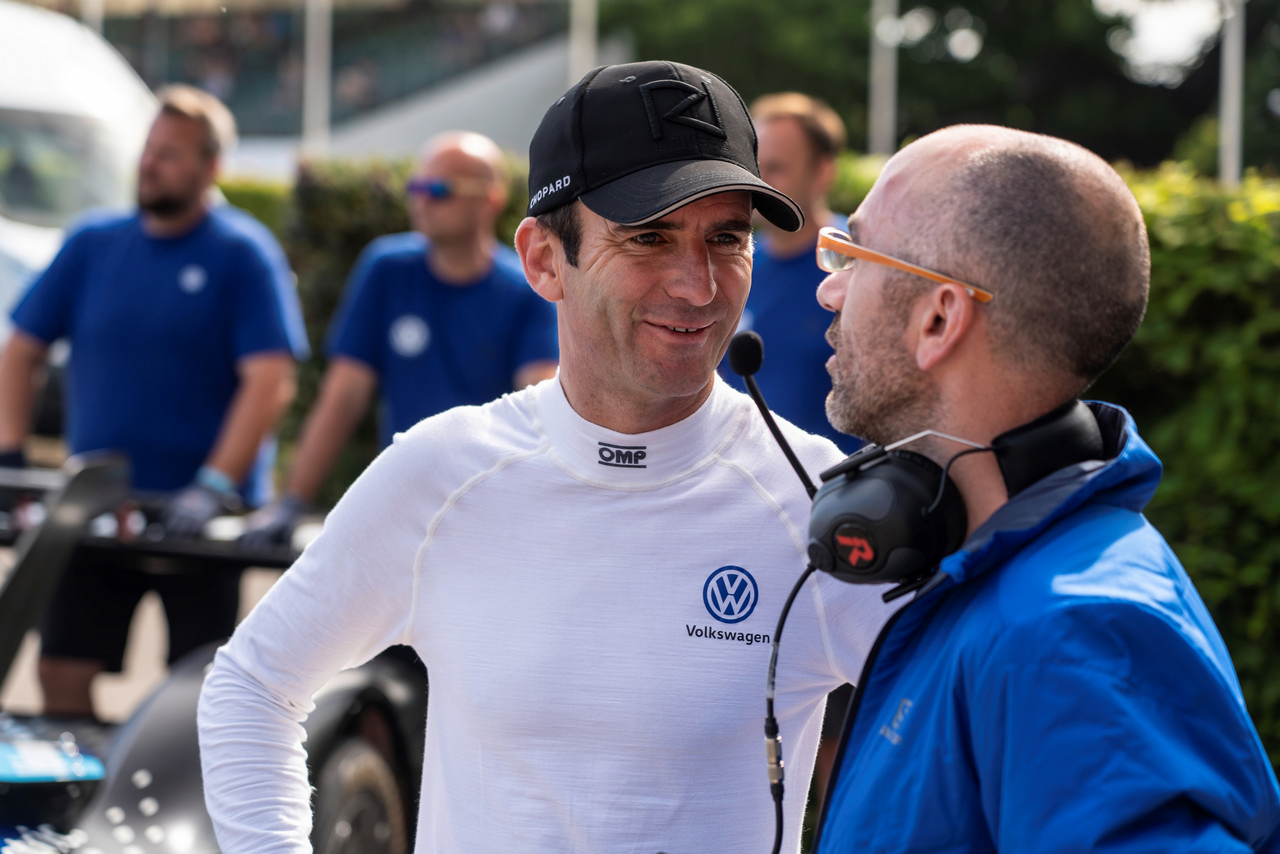 The car actually broke the record twice. Just barely, with a 41.18 in Friday practice, but then smashed that in qualifying for the Sunday Shoot Out.

Another notable entry was the autonomous DevBot 2.0. A fully autonomous vehicle. It managed the hill in 66.96 seconds, though wasn’t able to complete all of its runs. 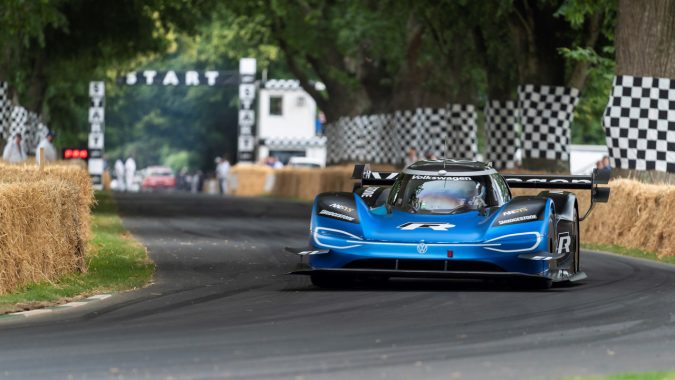 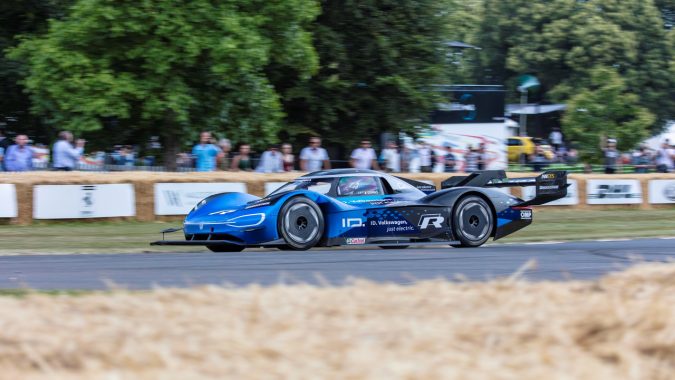