Iconic Women in Motorsports - The CEO's

In this second installment, meet The Executives, two business women who each command their own Formula 1 Race Teams from the position of CEO.

Join the Conversation (0)
In this 3-article series I will introduce you to six women who have become synonymous with the phrase, “Iconic women in motorsports.” These six women span several generations by birth year, but their age is no more relevant to their past and present successes in the world of motorsports than their gender has been. In this second installment, meet The Executives, two business women who each command their own Formula 1 Race Teams from the position of CEO.

Indian-born and Austrian-raised, former lawyer Monisha Kaltenborn drove her way into the racing business when she became head of the legal department of Switzerland’s Sauber Group in 2000 at the age of 29. Ten years later she earned the position of CEO, and by 2011 she’d acquired one third of the shares in Sauber’s F1 Team. In 2012 Peter Sauber, Founder and President of the Board, handed Monisha the keys to fulfill the position of Team Principal; “the first ever female team boss.” 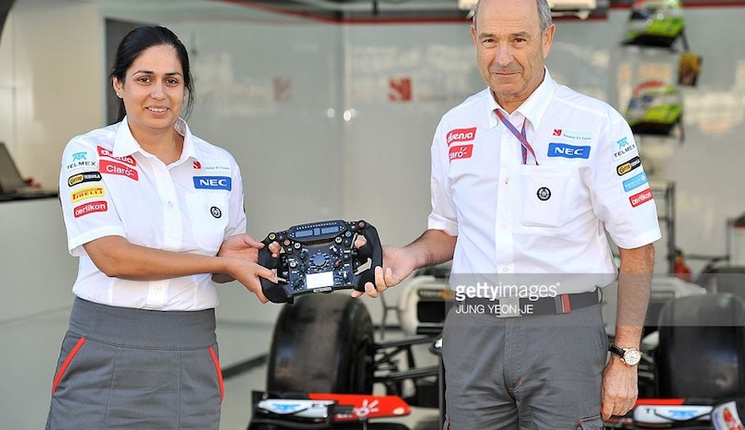 The Swiss Sauber Racing Team has been a familiar name through 24 Formula One seasons and is the 4th oldest nameplate in the business after Ferrari, Williams and McLaren. However, its long racing history has not been without controversy.

Interestingly, Sauber had endured a falling out with its own partner, Ferrari. The Italian giant claimed its Sauber-made engines weren’t living up to expectations. The team was coming off an eighth-place finish, which had been preceded by two sixth-place finishes. Considering Sauber was having trouble generating its Formula 1 operating budget—hundreds of millions of dollars at the time—the Swiss team was ripe for a sale.

Founder Peter Sauber sold an 80 percent stake of his team to BMW after the 2005 season. The agreement was this: Sauber would handle chassis production and wind tunnel work in its Swiss factory, while BMW would make the engine at its Munich headquarters. (www.bmw-sauber-f1.com)

The partnership lasted until 2009, and when BMW pulled out, Founder Peter Sauber bought back his team. The BMW-Sauber team captured only one F1 Championship race win and it was here on Canadian soil; The Canadian Grand Prix in 2008 at Circuit Gilles Villeneuve in Montreal, with driver Robert Kubica.

For more information about the BMW-Sauber F1 Team, click here. 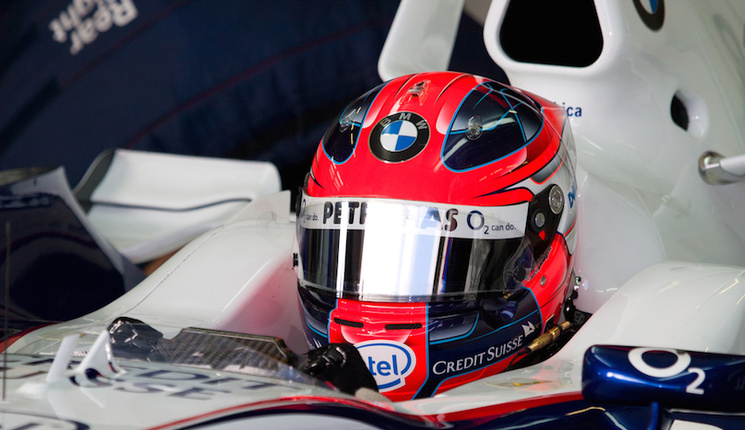 Their newly appointed CEO Monisha Kaltenborn doesn’t seem to be afraid of a little controversy either. This past fall she had an open dispute in the press with F1 legend Niki Lauda and has been openly critical about the lack of innovation and direction in Formula One’s somewhat antiquated business model.

What’s next for Monisha and the 2016 Sauber Race Team? She is an Ambassador with FIA’s Women in Motorsport Commission and according to the team’s website, she wants what any CEO wants; continuous improvement from her team.

Team principal Monisha Kaltenborn’s aims can initially be put in a nutshell: “We want to clearly improve.” The team principal goes on to explain: “Obviously, there’s a certain position we’d like to achieve. But, to start with, it’s important to become established in mid-field. Only then are we going to focus on individual positions.” 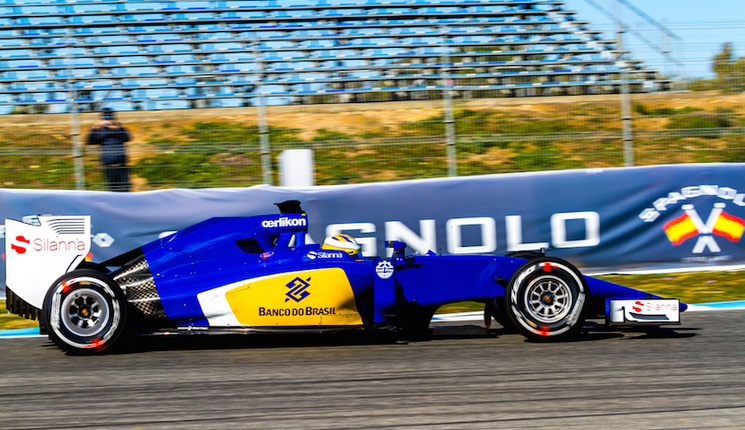 
If you’re going to inherit an F1 Legacy, it might as well be one that’s captured 16 Formula One World Championships.

Growing up in the sport, it is perhaps unsurprising that Claire would eventually enter the family business. Working in the Race Office during school holidays, Claire was a regular behind the scenes at Williams from an early age before joining the team full time in 2002 in the role of Communications Officer. She was promoted to the role of Head of Communications in 2010, and was duly responsible for all internal and external communications surrounding Williams Grand Prix Holdings PLC. In March 2013, Claire stepped up to the position of Deputy Team Principal for the Williams F1 Team. In this role Claire works alongside Founder and Team Principal Sir Frank Williams to play a pivotal role in the day to day running and long term development of the race team. 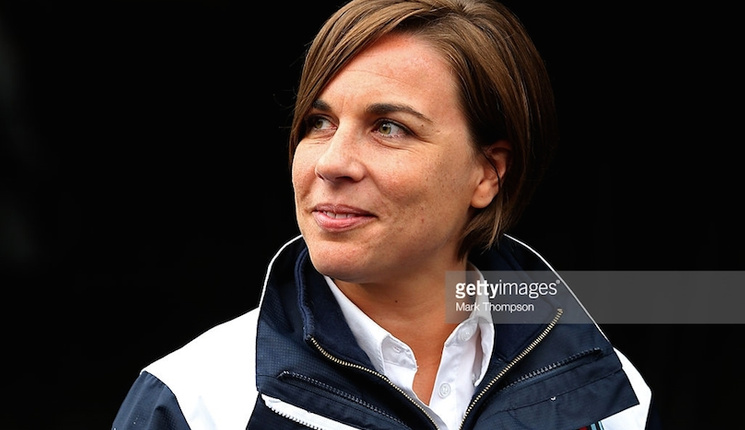 She has much work to do to restore the winning status of yester-year as Williams hasn’t won a championship since 1997. Although Williams has lots of historical championships to boast about, it is time to look forward to the next one; "We've won world championships before, I don't see why we can't again. I never look at it as daunting, it's really exciting. To be able to make a difference, to do your best, to turn this around: I think we can do it, there's no reason why we can't."

Between running an F1 Race Team and dodging the forever-female questions about when she might get married and have children, Claire seems to be intent on forging ahead with a female-friendly path into the world of motorsports instead, although it has proven to be no easy task. Her test driver, Susie Wolff, the first female in 20 years to take part in a race weekend (British Grand Prix 2014), left the Williams Team and the world of motorsports after a two-year partnership late last year. 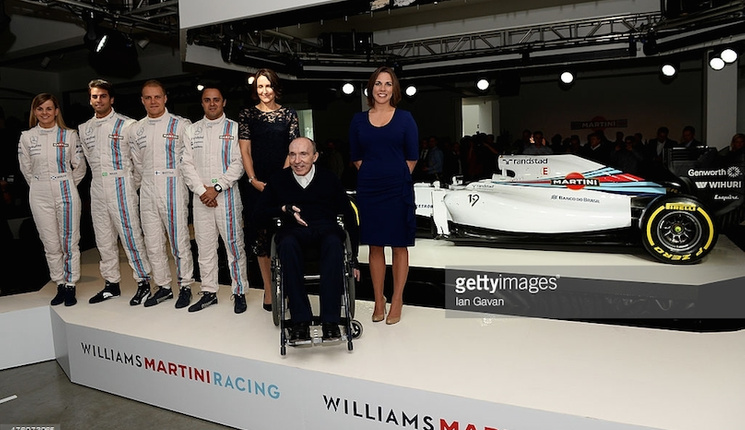 So close to the starting line but still so far, Williams named Adrian Sutil, an ex-Sauber driver as their official reserve driver last season even though Susie was on their radar. In a recent interview with The Daily Mail announcing Susie’s subsequent retirement from the sport, Claire wished her well; 'It has been a pleasure to work with Susie over the years and see her develop as a driver within the team. Her feedback and knowledge of the car has been an important part of our recent development and we will be sorry to see her go.' (Susie Wolf to retire from Formula One as Williams test driver, says women not yet ready to compete in top races). 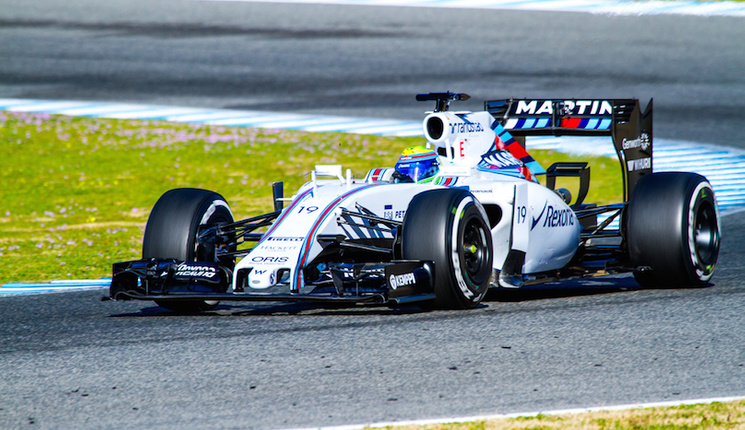 Claire Williams will kick off her 4th season as Deputy Team Principal this year, and with 550 employees to lead, she’s looking forward to a winning season.   On February 19, 2016, Williams Racing unveiled the FW 38, the car they’ll race at the FIA Formula One World Championship; "We are confident that we have made a step forward over the winter and that the FW38 will build on the strengths of the FW37 and address some of its weaknesses. We started design work on the car earlier than normal and hopefully this extra development time will stand us in good stead.”